The results of the Bundestag election this Sunday are awaited with great excitement. In the constituency of Bruck / Dachau, 232 189 eligible voters are called to cast their votes. The results of the Bundestag election this Sunday are awaited with great excitement.

In the constituency of Bruck / Dachau, 232 189 eligible voters are called to cast their votes.

- The percentage of postal voters is likely to be particularly high this time.

It is estimated that up to 60 percent of eligible voters could have cast their votes in this way by Sunday.

The constituency of Bruck / Dachau comprises a total of 39 cities, markets and communities.

17 of them are in the Dachau district, 22 in the Bruck district.

The city of Germering belongs to the constituency of Starnberg / Landsberg.

Eleven candidates apply for the direct mandate in Bruck / Dachau. Above all, of course, Katrin Staffler (CSU) from Türkenfeld would like to defend her office. She was elected to the Bundestag in 2017 as the successor to long-standing constituency member Gerda Hasselfeldt and would like to continue to represent the region there. However, she is challenged by Michael Schrodi in particular. The SPD politician moved into the Bundestag four years ago via his party's state list and recently even called for a direct mandate after the SPD had been on a high in the polls for weeks. Should Michael Schrodi from Olching get the direct mandate, it would be a sensation: in all elections to the Bundestag so far, the mandate has always been won by a representative of the CSU.

Other applicants from the region also already belong to the Bundestag: for example Florian Jäger (AfD) from Olching, who recently came to parliament as a successor, and Beate Walter-Rosenheimer (Greens), who Bruck has been representing for the longest of all candidates in Berlin and this time on a rather lower place on the Greens list, which is not to be classified as without a chance. Florian Jäger has no place on the state list of his party.

The FDP candidate and computer scientist Ulrich Bode from Eichenau, who is well known in the region, also throws his hat into the ring, as does the office clerk Ernestine Martin Köppl from Emmering for the Left.

The restaurateur Susanne Droth from Fürstenfeldbruck is also striving for the first time in politics.

She stands for the free voters who hope to be able to crack the five percent hurdle in the federal government.

Fürstenfeldbruck / Dachau constituency: For the statistics

The so-called electoral districts for the representative electoral statistics in Altomünster, Hilgertshausen-Tandern, Alling, Eichenau, Grafrath, Hattenhofen, Olching and Schöngeising are a specialty. These are printed on the top left with the letters A to M, each letter standing for a certain age group. For example, all voters who are male, diverse or without information in the birth register and who were born between 1997 and 2003 receive ballot papers with the “A” mark. The "M" mark stands for women born in 1951 and earlier. After the election, these ballot papers will be presented to the Bavarian State Office for Statistics, where they will be statistically evaluated. This does not affect voting secrecy.

The first projections are expected at 6 p.m. on the evening of the election.

Results from the individual municipalities should be known from 7 p.m. Federal Parliament election 2021 in the constituency of Fürstenfeldbruck: List of direct candidates, municipalities and parties Federal election 2021: results in the constituency of Dachau / Fürstenfeldbruck 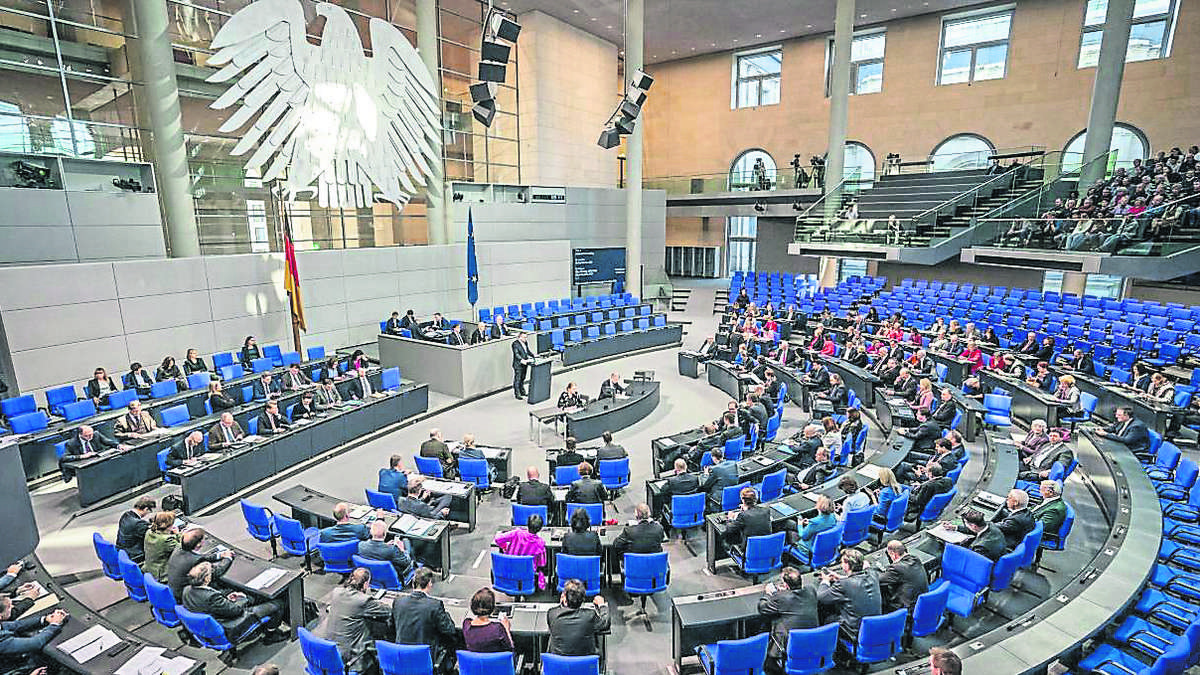 The election to the Bundestag 2021 in the Fürstenfeldbruck region

Federal election 2021: results in the constituency of Fürstenfeldbruck

Bundestag election in the Fürstenfeldbruck district: All results and news in the live ticker on election day