Bettina Jarasch wanted to conquer the capital in the slipstream of Annalena Baerbock. But with the descent in the Bund, the opportunities in Berlin have also dwindled. The Greens are even threatened with going into the opposition.

Bettina Jarasch, top candidate of the Berlin Greens: In the wake of the federal trend

If everything were like here, the world would be different for Bettina Jarasch: She stands on a stage on Humannplatz in Prenzlauer Berg in Berlin.

A Tuesday in September, it is warm in summer, Jarasch is the Greens' top candidate for the office of governing mayor in the House of Representatives election, which takes place parallel to the federal election on September 26th.

Jarasch talks about how rents in the city should be cheaper.

That would be necessary here, in Prenzlauer Berg you can also pay 1500 euros cold for a 70 square meter apartment, but many who have come today can probably afford that too.

This is where the cliché of full-blooded mothers drinking latte macchiato was born, this is where the fathers stand with their cargo bikes, wooden toys could fall from the sky, it would not disturb the image.

If everything were like this, Jarasch would have a good chance of becoming the next Governing Mayor of Berlin, and Annalena Baerbock Chancellor.

But Prenzlauer Berg is not Germany, it is not even Berlin.

Nationwide, the Greens have now reached 15 to 16 percent in the polls after weeks of descent.

In Berlin they are still 18 to 19 percent, but Jarasch and her party have also lost ten percentage points since the spring.

The fact that the polls of the Berlin Greens have been crumbling for months has three main reasons: Jarasch is quite unknown in the city, the SPD has set up a strong and prominent competitor in the former Federal Family Minister Franziska Giffey, and there is no support from the federal government. "Of course, this time the federal and state elections are more closely linked than ever before, because they take place at the same time," Jarasch told SPIEGEL. "We are already noticing, in the federal government and in Berlin, that if you want change, the wind blows in your face."

The election commercial of the Greens shows Jarasch standing in front of the Red City Hall, a cartoon man appears and paints the City Hall green.

Is there still a chance?

It has become very small.

In the last surveys, the opinion polls see the Greens a few percentage points behind the SPD - and just ahead of the CDU.

If the Social Democrats end up at the front, things could get tough for the Greens.

Then there is a threat of going into the opposition.

Because that Giffey wants to continue the red-red-green alliance of the still-ruling mayor Michael Müller, is not said.

During the election campaign, the top SPD candidate sent clear signals to the FDP and CDU - she might want to negotiate a so-called Germany coalition.

Is there still hope for a green town hall?

A week ago the world of the Greens in Berlin looked even more hopeful, at least the research group Wahlen saw it only one point behind the SPD. Jarasch was in good spirits at the time, the survey gave her wings and she believed in her chance. She is standing in front of the Onkel Toms Hütte underground station in Zehlendorf, a bourgeois district in the southwest, Jarasch starts talking to passers-by, her dark brown locks bob up and down, especially when she laughs, that makes her loud and often.

On this day, she is out and about in all twelve Berlin districts from nine in the morning until late in the evening. Shortly before they have to go on, the Zehlendorf Greens meet again. "Yesterday's figures have shown: It is worth fighting!" Shouts Jarasch, referring to the brief survey. "If you win, Bettina, I'll stop smoking," promises a campaign worker. "Well then," replies one of the others, "good luck with the withdrawal!" Jarasch implores her people: "Everything is still possible, keep it up."

The Greens want a different Berlin, at least on paper. Although they have been co-governing for five years, they are campaigning for profound change. In a speech at an election event in Spandau, Jarasch gave the motto that competitor Giffey likes to scoff at: "More Bullerbus in the capital." Cars should have less space in particular: by 2031 the Greens want to halve the number of parking spaces in the city , In 2030 they want to ban cars with internal combustion engines in the S-Bahn ring, which separates the city center from the outskirts. There should be car-free zones in all neighborhoods, and cycling should become safer.

They positioned themselves to the left of the Social Democrats on the mega-topic of living - but Jarasch seems undecided. She would like to vote in favor of the referendum, which calls for a law with which large real estate groups in the capital can be expropriated in return for compensation. But actually she only wants to use the decision as a means of pressure to conclude a binding agreement for fair rents between politicians and landlords. Only those who commit themselves to living for the common good should then still receive urban building land.

The Greens hope to be able to benefit from Giffey's rather conservative course, they believe that the progressive voters of the comrades could overflow to them.

They are campaigning for their core clientele, for the educated upper middle class in the inner city districts.

In contrast to the federal government, they do not even try to spread out in the middle.

Jarasch's biggest flaw is probably her lack of awareness. This could also be an advantage, she claimed just a few months ago, according to the Berliner Zeitung, because people get curious - what a politician says when she is unknown. In fact, it is a huge disadvantage in the election campaign, especially when the main competitor is a much more prominent ex-federal minister. Which would name another disadvantage of Jarasch: the inexperience in government offices, which Annalena Baerbock is also happy to hold up against.

Before becoming a politician, Jarasch worked as a journalist, first in her home country for the Augsburger Allgemeine, then in Berlin. She has an open manner that has helped her. "People quickly confided in me and poured out their hearts," she says. "That was great for my stories, but it didn't feel good in the long run." She went into politics because she actually wanted to help people. She has been with the Greens since 2009 and became state chairman in 2011. She has been in the House of Representatives since 2016, and she has not been particularly noticed in capital city politics.

The fact that the Greens nominated Jarasch as the top candidate for the office of governing mayor shows one of the party's greatest problems: They have grown, had the goal of becoming a people's party, but they lack the staff.

The two most prominent state politicians did not want to run in Berlin, neither economics senator Ramona Pop nor parliamentary group leader Antje Kapek.

It was the two who suggested Jarasch as an alternative candidate, according to the party.

It is a compromise, the left Greens on Kreuzberg could get involved with it as well as the Realos from the middle.

But how is a compromise candidate who was selected according to party logic to win an election campaign against the federal trend?

It is a task that can hardly be accomplished.

On their tour, Jarasch is on Saturday a week before the election at an election stand in Wilmersdorf.

A man with gray hair and glasses pushes his bicycle across the market square, a bag with purchases from the weekly market hangs on the handlebars.

"You definitely have my vote, but you should have made it better known, what's her name, Frau Jarasch," he said to one of the Green Party campaigners.

He would have liked her to get a job in the Senate.

When he discovers her, he tells her his request again.

At least he recognizes her. 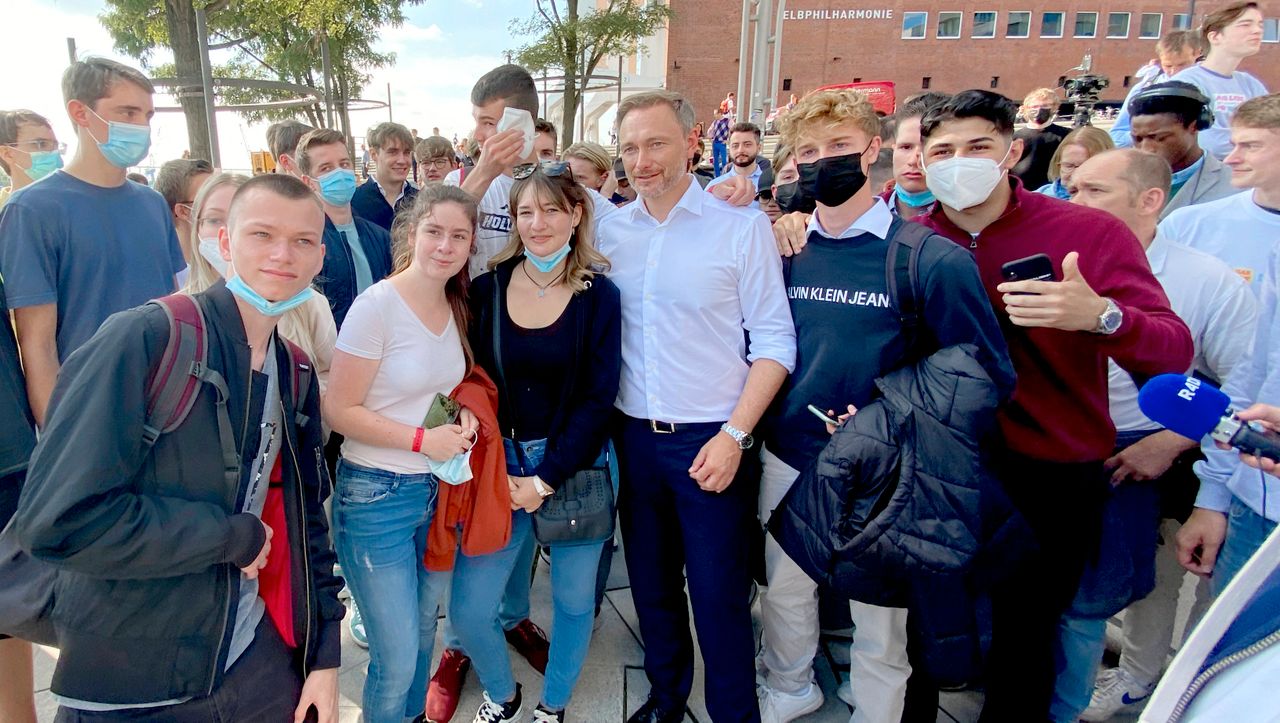 FDP election campaign in Hamburg: "The others don't look like a Hugo Boss model" 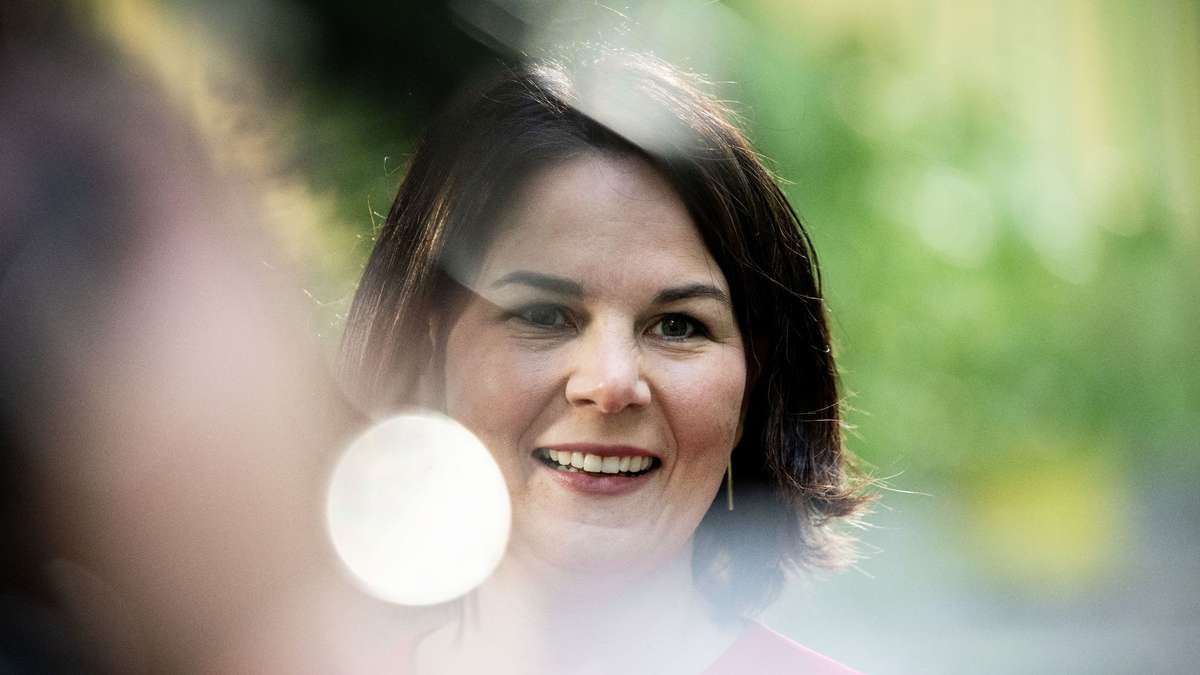 Baerbock publishes book about her way into politics 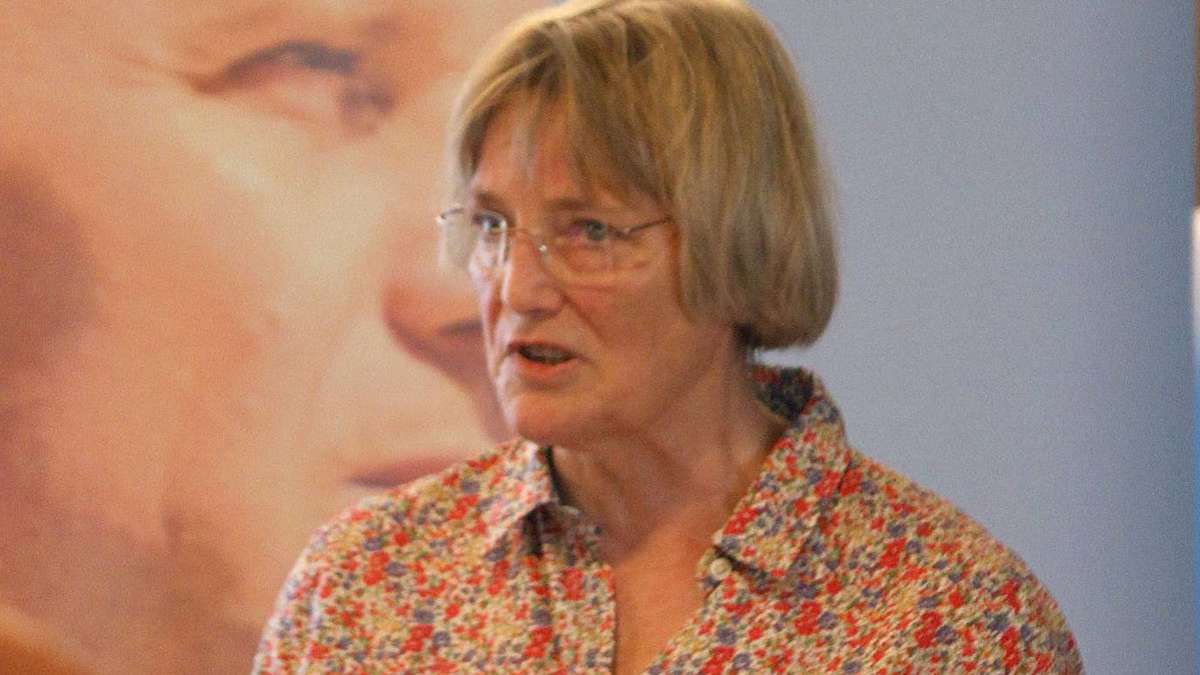 Green election campaign bang: is the Baerbock party now dictating the rent cap into the program?