Election worker for half a life: Christa Martini on curiosities and goosebumps

The Bundestag election on Sunday would be unthinkable without volunteer election workers. Christa Martini from Herrsching has been doing the job for half her life. She's already experienced strange things - and that one goosebump moment again and again. The Bundestag election on Sunday would be unthinkable without volunteer election workers.

Christa Martini from Herrsching has been doing the job for half her life.

She's already experienced strange things - and that one goosebump moment again and again.

Herrsching - Christa Martini will never forget the man who pushed his bike into the gym of the Herrsching secondary school on election Sunday. As if it were the most normal thing in the world. He paid no attention to Martini and the other election workers. In contrast to the wall bars: “He calmly did his pull-ups and other exercises. Then he went to vote, ”says Martini. "The polling station was empty at the time, it didn't bother anyone, that was a nice change."

The 49-year-old Herrschinger, who works as a tax officer in Fürstenfeldbruck, has had a change since the mid-1990s. Whether local, state, Bundestag or European elections: Martini monitored the dropping of ballots, checked ID cards, counted and reported results. She has been an election worker for half her life - so long that she no longer knows which was her first choice. It should have been around 20 (some on the same day) in total.

Martini prefers the morning shift from 8 a.m. to 1 p.m.

“Then I have some air to breathe before the count in the evening.” Once, she remembers, there was so much going on that she couldn't even vote - and in the afternoon she almost forgot.

"It was ten to six, I barely made it," says the ruler.

The catchment area of ​​their polling station, the Realschule, coincides with their own residential area.

Honor at the New Year's reception - for the loyal election worker

Of course, the experienced election worker also knows the late shift. She knows that it happens every now and then that someone stands in front of the door at 6:03 p.m. and wants to go to the voting booth quickly. “This happens especially with young people.” But there are no exceptions. At 6 p.m. the election officials close the door, if only briefly, as a symbolic act (Martini: “The public has to be restored for the counting”). Whoever is inside can still mark their crosses.

Christa Martini should not be imagined as an overly enthusiastic supporter of the state or a fanatic of justice. Rather than a socially committed woman with a great sense of duty, one of whom those in the town hall know that she won't say: “I can't this time, I'm on vacation.” She said “umpteen times” that it might be someone else could do. Yes. “But once you're in the system, you can't get out,” Martini explains with a laugh. She doesn't think that's bad. Because: “We can be happy to live in a country with free elections.” At the New Year's reception, the community once honored her for her loyalty. Martini: "I was really happy about that."

Her former friend and current husband, who used to be an election worker himself, had motivated Martini for the task.

The mother of three later persuaded her son to help in the state election in 2018.

At that time he was just 18 years old.

So one can definitely speak of an election worker family.

“At home, you might talk a tad more about your choice than others,” says Martini.

Lots of postal voters: "Maybe it's time for a round, city, country, river" "

It has already been noticed in recent years that there are more and more postal voters.

Especially on Sunday in the federal election, the ruler is curious to see how many people will come and whether there will be idle times in between.

“Maybe it's time for a round of town, country, river,” she jokes.

Counting is very serious. While preparing for the election, Secretary Martini and her team dealt with contentious cases. When someone writes “all stupid things” or the like on the ballot paper (“happens again and again”), when someone makes an exclamation mark instead of a cross, or when someone crosses the cross and does it for another party. For some things there are clear rules, but it can also happen that the election officials have to vote whether the vote is valid or not.

Even if Martini has been around for a long time: Election day remains a special one, which is why she also puts on her dirndl.

And she emphasizes: "It always gives goose bumps when the urn is emptied." This year, by the way, this is not happening in the gym - but in the auditorium of the secondary school.

An insert on the wall bars is therefore excluded from the outset.

Election worker for half a life: Christa Martini on curiosities and goosebumps 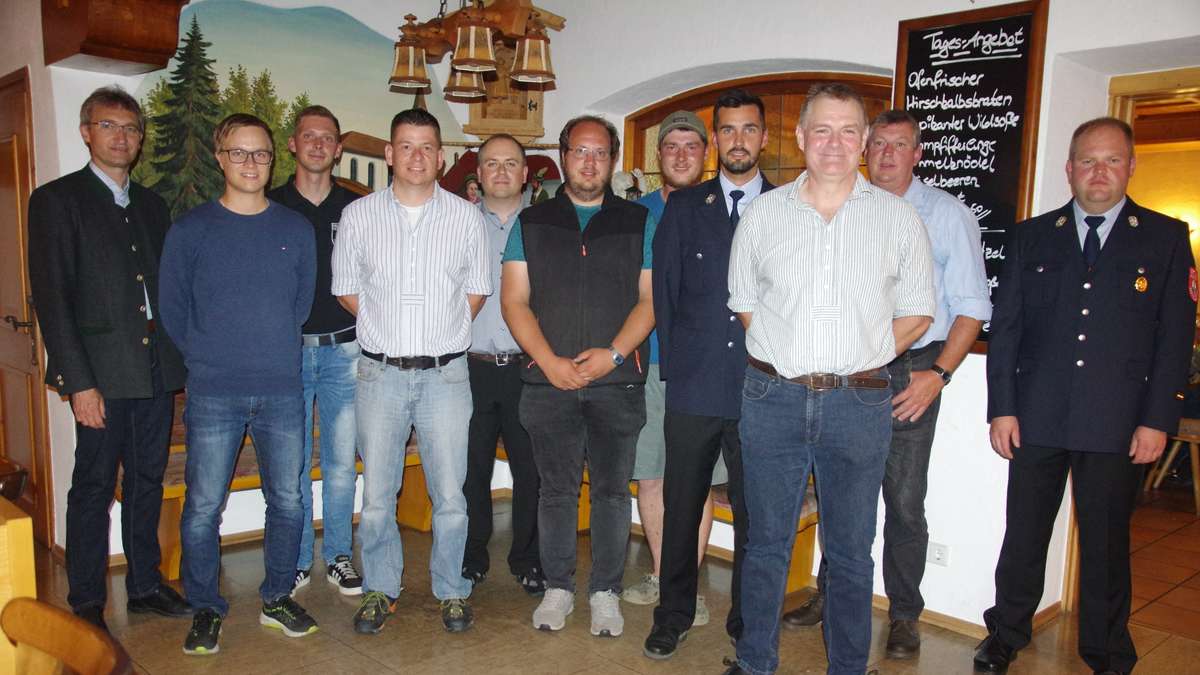 Change at the top: Trauchgau fire brigade elects a new board 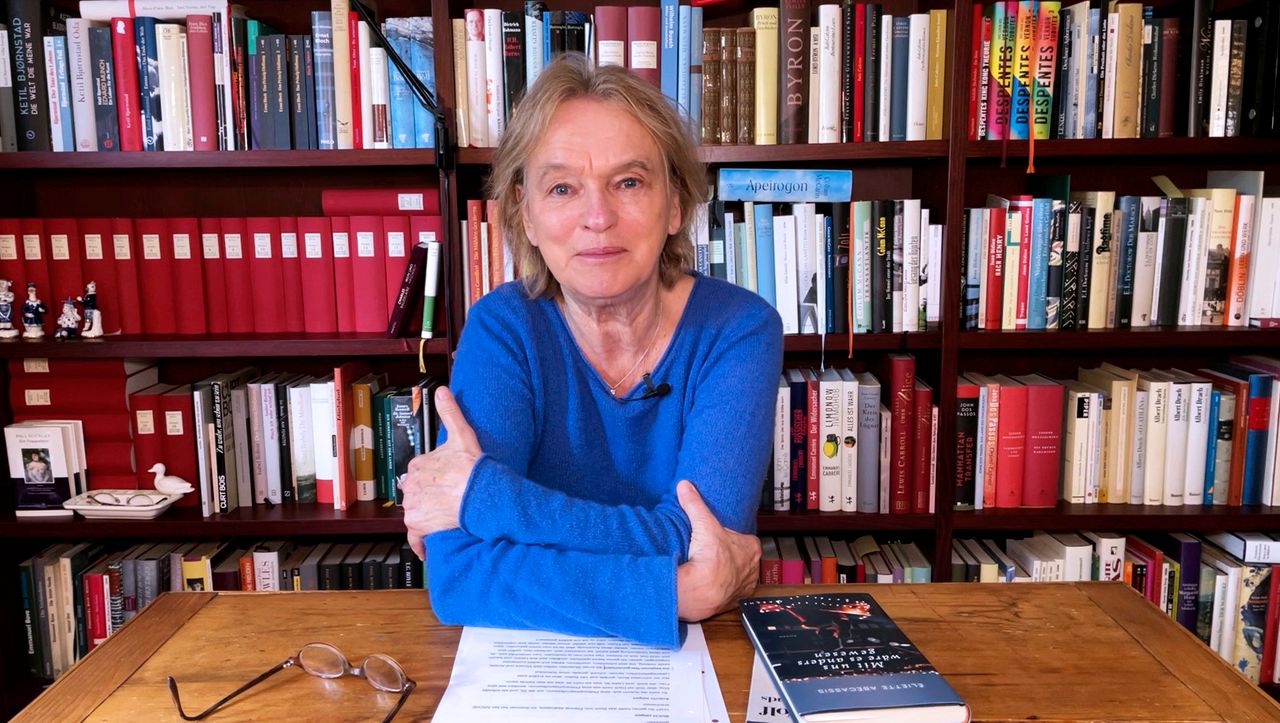 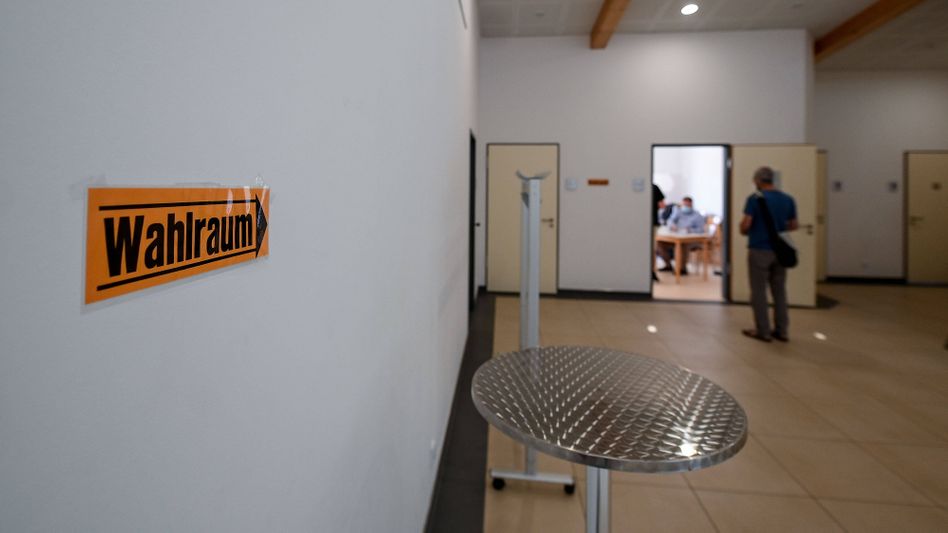