Conservatives warn against a left tripartite and ask to take advantage of the last 48 hours Angela Merkel's Christian Democrats are convinced that they can still keep the Chancellery. They look strong; they are the party of the center, the one that fixes the economy, the one that the German voter associates with stability and solvency. Or at least that impression they gave this Friday in the last campaign act in Munich. The feeling was of a final sprint, that it is not too late to finish 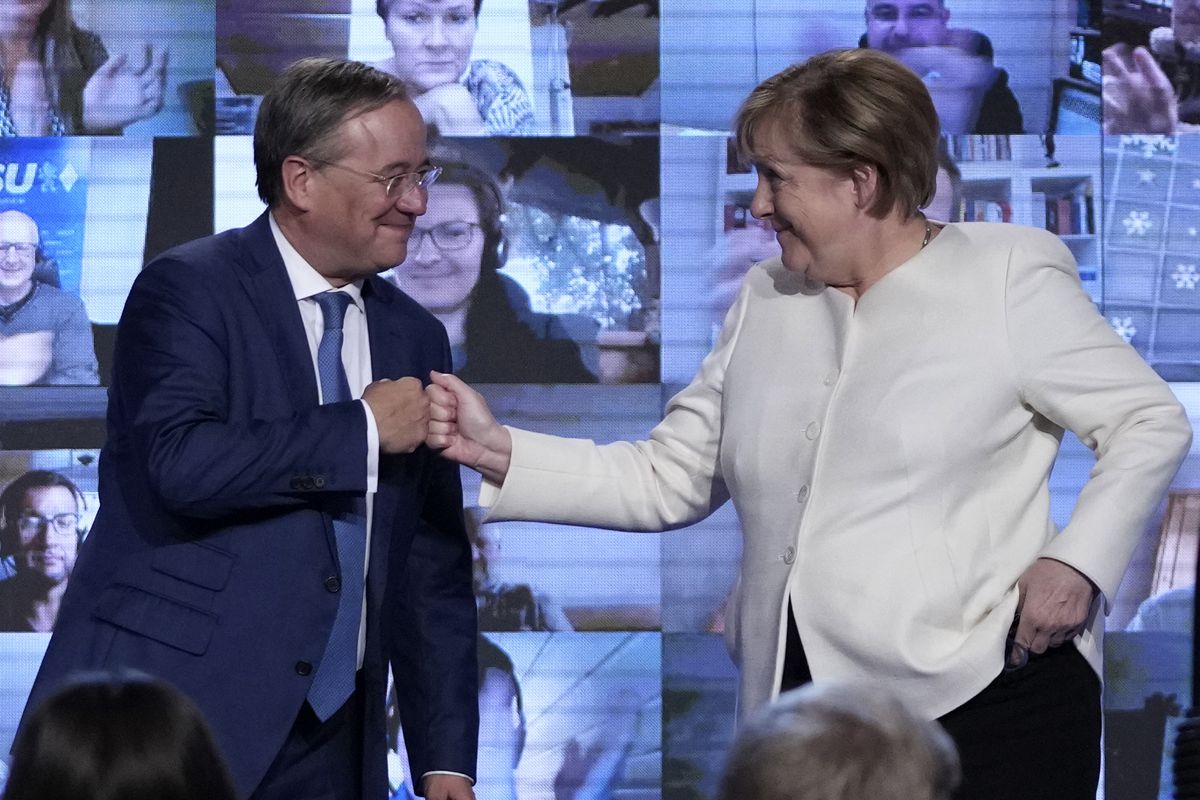 Angela Merkel's Christian Democrats are convinced that they can still keep the Chancellery. They look strong; they are the party of the center, the one that fixes the economy, the one that the German voter associates with stability and solvency. Or at least that impression they gave this Friday in the last campaign act in Munich. The feeling was of a final sprint, that it is not too late to finish convincing the undecided, more numerous at this point than in other elections. "There are 50 hours until the polling stations close," Angela Merkel said very seriously. "You have to use them all." The chancellor once again came to the rescue of her party's candidate, Armin Laschet, whom until a few weeks ago she had resisted publicly supporting. Until the final stretch he has not thrown a lifeline, with three campaign events in five days.This Saturday he will also accompany you in Aachen, his hometown.

"It does not matter who governs Germany," Merkel warned at least four times during her speech, referring to the possible left-wing coalition that the social democrat Olaf Scholz could lead if he manages to agree a tripartite with the Greens and Die Linke (The Left ), the post-communist formation. They want to raise taxes; Conservatives lower them. They want to deal with the climate crisis through prohibition; the union of CDU and CSU is committed to technological progress. After making it clear how neither internal security nor Germany's international role would be in good hands with a left-wing government, Merkel summed up what Laschet offers: continuity, certainty. "For Germany to remain stable, Armin Laschet has to govern," he exclaimed.

The conservatives are going to appeal to this concept in the last two days - in Germany there is no day of reflection - before the elections. The choice of the place to close the campaign was not accidental. In addition to having the support of Merkel, the most respected figure in German politics, whom voters would still vote for one more time if they could, Laschet was backed by another conservative heavyweight, Markus Söder. The Bavarian, president of the Christian Social Union (CSU), the sister party of the Christian Democratic Union (CDU), tried to snatch the joint candidacy presented by the two formations from Laschet. The fight, aired in public to the chagrin of the Germans, unaccustomed to so much drama, affected Laschet's image. He emerged victorious, but with the stigma of being a weak leader who was not supported by even his own party.

Then it all went downhill. His handling of the pandemic as president of North Rhine-Westphalia, the country's most populous state (18 million inhabitants) and the floods of last July called into question his ability to manage crises. The last nail in the coffin he drove himself. Cameras caught his image in the background, laughing uproariously as German President Frank-Walter Steinmeier showed his condolences to the victims. The video went viral and his apologies could not erase that image from the Germans' heads. The CDU-CSU went through weeks of panic when Scholz gave them a vote in late August. A poll came to give a 19% vote intention to a party that always believed that its floor was 30%.

If the Union is afraid of going over to the opposition, on the premises of the Nockherberg, a well-known restaurant with traditional Bavarian cuisine, they were not noticed.

In a closed room, where few masks were seen, the delegates applauded Merkel for minutes, first, and then Söder and Laschet, who received an applause before and after their intervention.

The slogan by which the Conservatives will be guided these last two days hung on two huge posters: "For Germany to remain stable."

Despite being the end of the campaign, it was not a public event.

Outside, in the restaurant's garden, groups of locals, many dressed in

, the traditional Bavarian costumes, celebrated the Oktoberfest oblivious to the meeting of politicians. “They have told me that Merkel and Laschet are here, but I have not seen them. I respect her but I will not vote for her party or her candidate ”, said Klaus, an engineering student, sitting in front of a liter jug ​​of beer. In the morning I had been at the climate demonstration organized by Fridays for Future: "I am 20 years old and yes, for me it is the biggest concern." In Munich alone, some 12,000 people - according to the Police, the organization spoke of 29,000 - demanded more decision from politicians to combat climate change. If these elections depended on young people between 18 and 29 years old, the country would have its first green chancellor.

The Bavarian leader, very energetic, assured that the conservatives will be able to turn the forecasts around. “Germany cannot go back to being the field of experimentation for the left's occurrences. That troop cannot govern the country, ”he exclaimed. In the few hours that remain for schools to close, Christian Democrats will appeal to their classics: lower taxes, business facilities and job creation. And continuity of Merkel's legacy. There is still time for one more photo with the chancellor.

Laschet also warned against a left-wing government and, like Söder, thanked Merkel for her 16 years in government.

At first he vindicated himself.

During the campaign, the one who has managed to capitalize on the chancellor's legacy, to present himself to the voters as her natural successor, has been Scholz, despite being from another party.

The long road to a probable tripartite

Two days before the elections, the uncertainty is total. Although the predictions of the polling houses are correct -in recent elections they have missed the mark-, to Scholz's very narrow advantage must be added the margin of error that all polls have, the high number of undecided and the highest of all the polls. suspenses: possible coalitions. All the experts agree that the usually boring German elections are this year of vertigo. It is extremely difficult to make forecasts.

Getting the highest number of votes this Sunday does not guarantee winning the Chancellery.

The situation is so open that the second most voted could form a coalition earlier and end up in the Government.

It will all depend on the skills and political cunning of the candidates.

If the polls are correct, a tripartite party will be necessary, which will probably involve lengthy negotiations.

The first movements will be observed with a magnifying glass: who meets with whom and in what order.

The key to the new government will be held by the small parties.

Greens and liberals will be decisive to tip the balance to one side or the other. 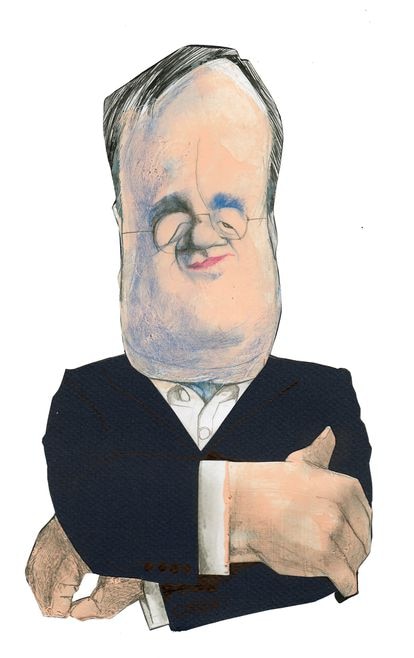 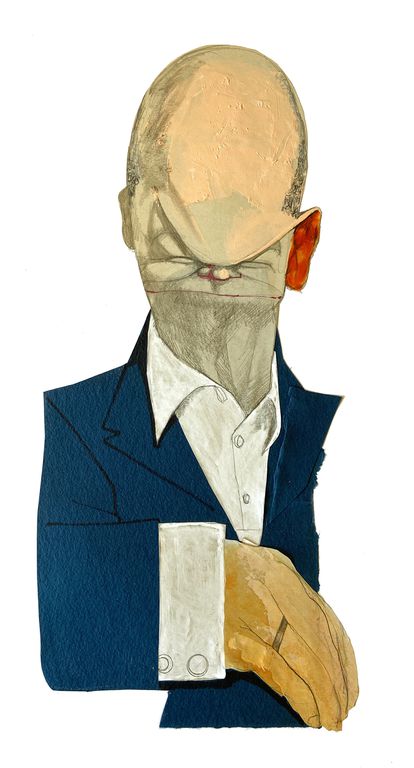 Olaf Scholz, the candidate without shocks who can give the bell 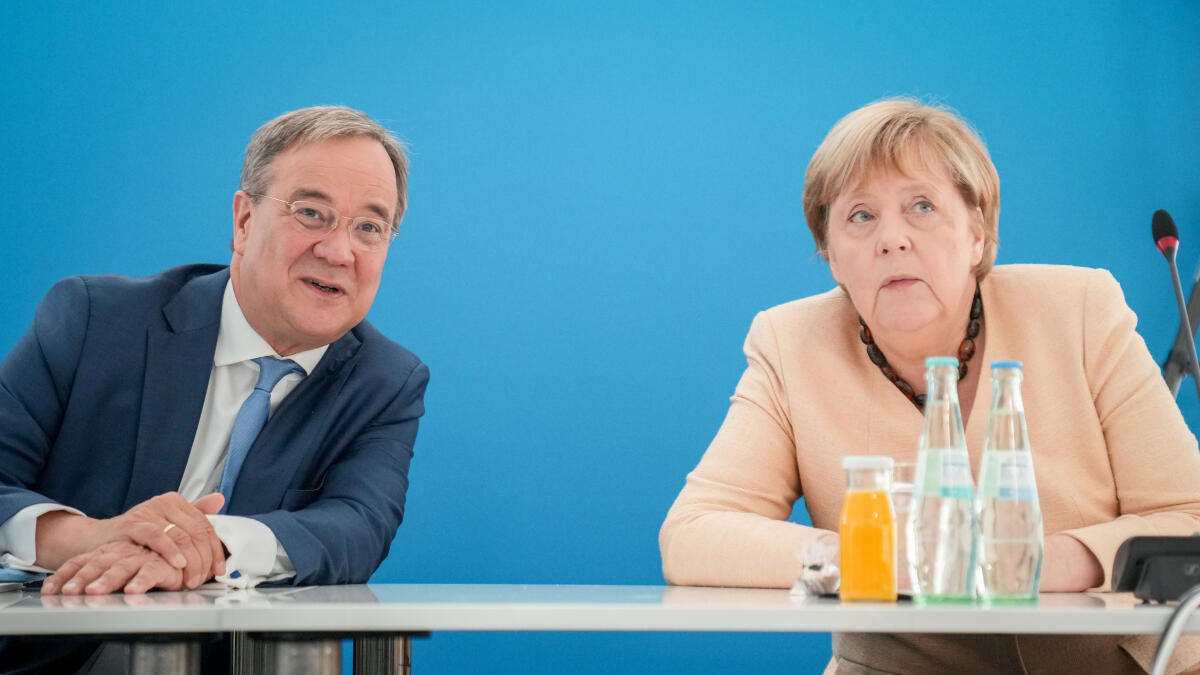 Fateful days for Laschet: turning point thanks to Merkel or “countdown of the decline in power”?

After the election victory in Mecklenburg-Western Pomerania: Schwesig's SPD makes it clear which party it wants to govern with
2021-10-13T17:59:08.366Z

An elected representative of rebellious France stirs controversy after his remarks about the police
2021-10-13T17:58:56.655Z