The Olympic craze is not over yet, the Hong Kong News-Expo held a special exhibition "Olympic Ambition", which opened today (25th). Sports Commissioner Yang Deqiang said after attending the event that TV stations have already purchased and transferred the Winter Olympics next year. 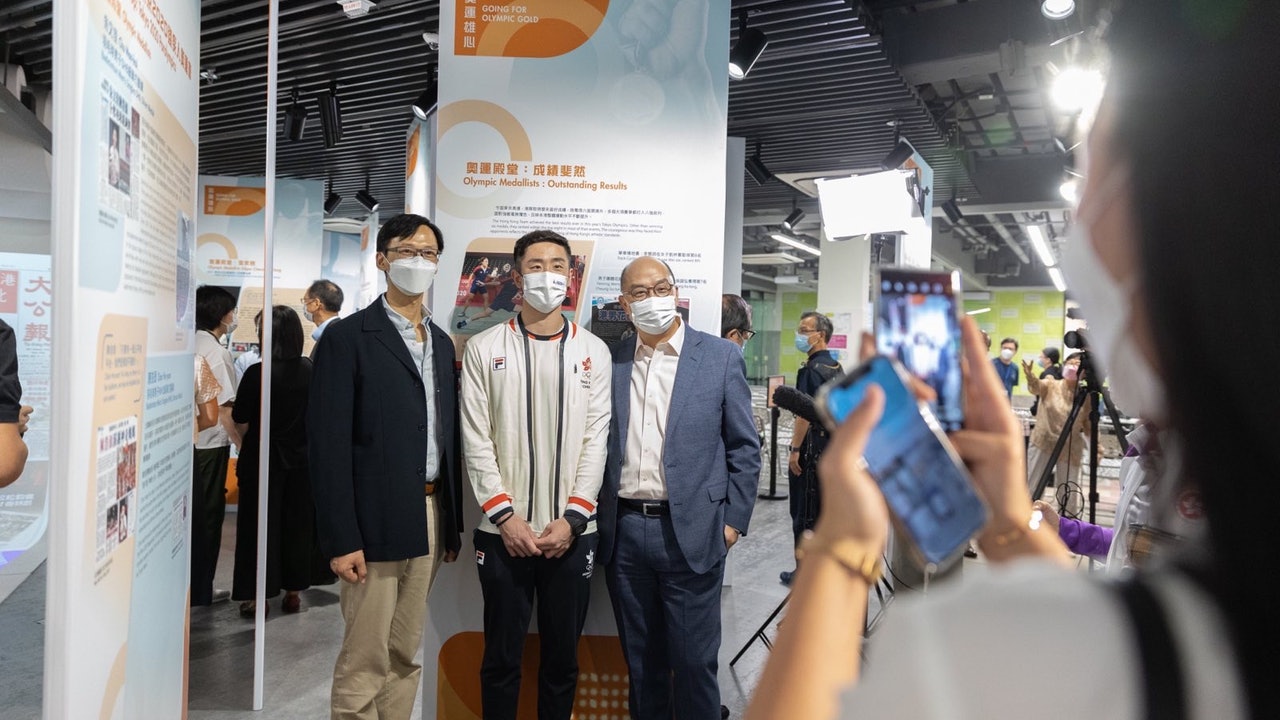 The Olympic craze is not over yet, the Hong Kong News-Expo held a special exhibition "Olympic Ambition", which opened today (25th).

Sports Commissioner Yang Deqiang said after attending the event that television stations have purchased the broadcasting rights for the Winter Olympics next year. As for the Asian Games and the next Olympics, which will also be held next year, they will still make arrangements based on the experience of this Olympics.

Hong Kong badminton player Deng Junwen pointed out that he is now preparing for several European tournaments next month. He hopes that more than major events will be broadcasted. He believes that if the Open Tournament can be broadcasted, it will help promote national sports.

Sports Commissioner Yang Deqiang said that since the end of the 2016 Olympics, the authorities have studied the strengthening of support for athletes, including the increase in funding for sports institutes from 400 million yuan in the past to more than 700 million yuan, and the creation of new positions including sports medicine and coaching.

To prepare for the next Olympics, resources and hardware will be added in the future, including the new building of the Sports Institute to be built.

He also said that there are measures currently in place to support athletes’ dual-track development and to help them balance sports development and academics, including providing them with scholarships and cooperating with the school to provide flexible arrangements, such as extending the school time, so that they can have other developments after retirement.

Yang Xuxu pointed out that for the Winter Olympics next year, Hong Kong has already purchased broadcasting rights. As for the upcoming Asian Games and the next Olympics, the arrangements for broadcasting will refer to the experience of this Olympics before making arrangements.

He was asked after the event that the DQ of the platoon was a matter of membership of the club recently. He said that the incident involved the membership procedure. The two parties had their own opinions, and the platoon leader needed to learn about the incident. It is difficult to make judgments at the moment.

Deng Junwen was asked if he ever had a relationship with Xie Yingxue: he would talk about his own problems first

Hong Kong badminton player Deng Junwen pointed out that there will be a European tournament next month, and there will be at least three tournaments, and he is now fully preparing for the match.

He hopes that local broadcasters will not only arrange broadcasts for major events. If other open events are also broadcasted, I believe it will help promote national sports.

He also said that recently he felt that the citizens have more support for the athletes and expressed his gratitude to the citizens.

Deng Junwen shared his mental journey of playing badminton at the event. He recalled that he was "satisfied" from a young age. He also liked watching sports events broadcast on TV. He hoped that one day he could become an athlete participating in events on TV.

He prefers badminton because of the big changes in the sport. He can train the number of revolutions and "get a few tenths of a second to think." He eventually became a full-time athlete at the age of 16 to 17.

As a doubles player, he learned to communicate with his partners.

When asked if he had "fucked" with his partner Xie Yingxue, he said that he hadn't tried it. Instead, they would rationally analyze after the game, "They will talk about their own problems first." He also shared their experience of getting along, thinking that the most important thing is to complement each other. length.

Deng Junwen shares how to get along with his partner Xie Yingxue.

Wang Tingyu: The medals are full of confidence in me

At the same event were track and field athlete Chen Zhonghong and rowing athlete Zhao Xianzhen.

Chen Zhonghong shared that as an Arsenal fan, his love of football was better than track and field when he was a child.

He quit his job as a dispenser for track and field and took courses in sports and recreation management at HKBU.

He said that he was fortunate that the school provided an admission plan for athletes so that he had more time to train during school hours.

Wang Tingyu, a table tennis player who won the Tokyo Paralympic Games, also expressed his feelings about winning at the sharing session. He frankly said that it was not true.

The Hong Kong News-Expo opened today the "Olympic Ambition" thematic exhibition, with pictures and newspaper reports, accompanied by text introducing the mental development of many Hong Kong athletes, including many athletes who won awards in Eastern Olympics.

The exhibition will also introduce the history of the Hong Kong team's participation in the Olympic and Paralympic Games, and will show the highlights of the game.

Tokyo Olympic Medal Athlete Sculpture Opening Ceremony Su Huiyin, a female table tennis player, says she most wants to take her father to the Tokyo Olympics | The Hong Kong government's budget for popularizing sports will increase by 25% in 5.4 billion 3 years. No successful Olympic bid will help promote Brisbane's infrastructure and economy in the coming year Develop the Tokyo Olympics︱Experience the majestic swordsmanship of Zhang Jialang. Urban Construction Bureau Mongkok Interactive Hall developed a virtual fencing arena for the Tokyo Olympics｜The new building of the Sports Institute revealed that the main project budget was 1 billion yuan to be approved by October 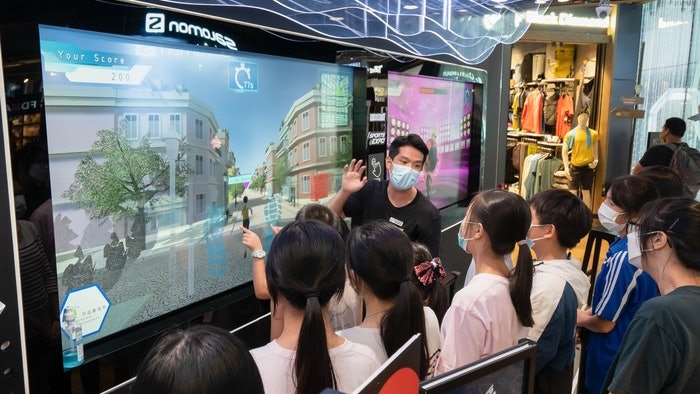 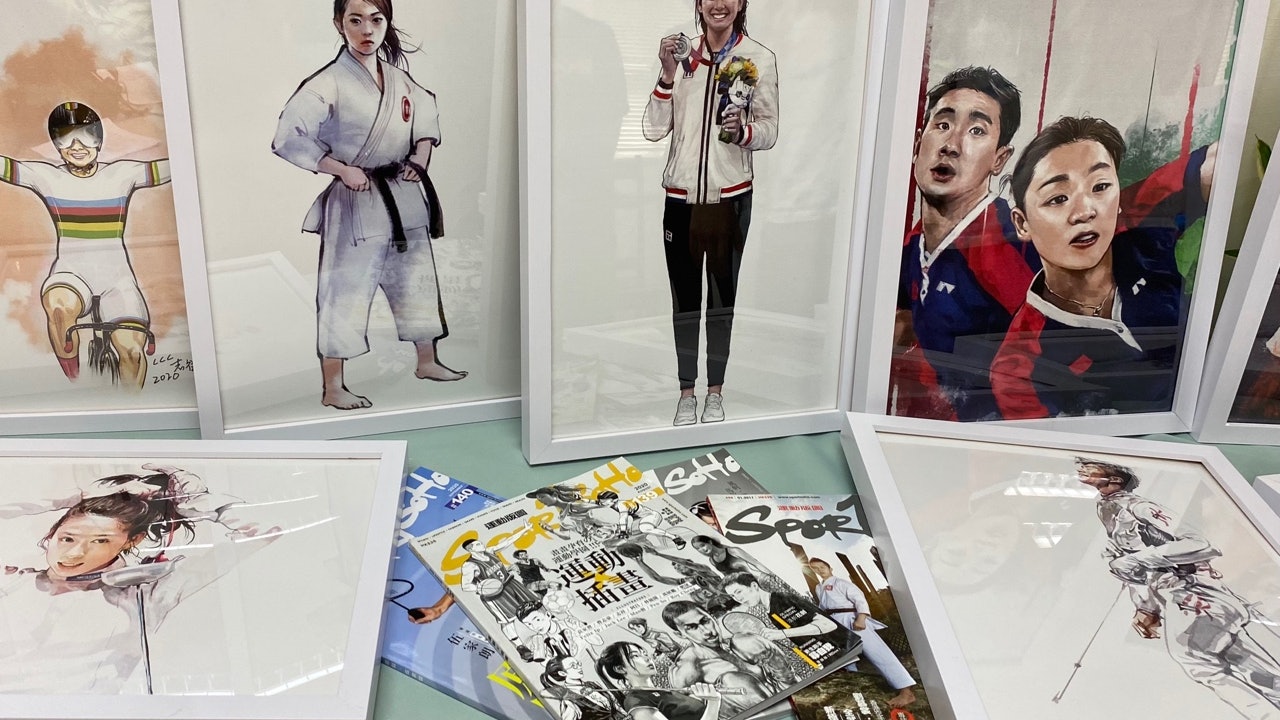 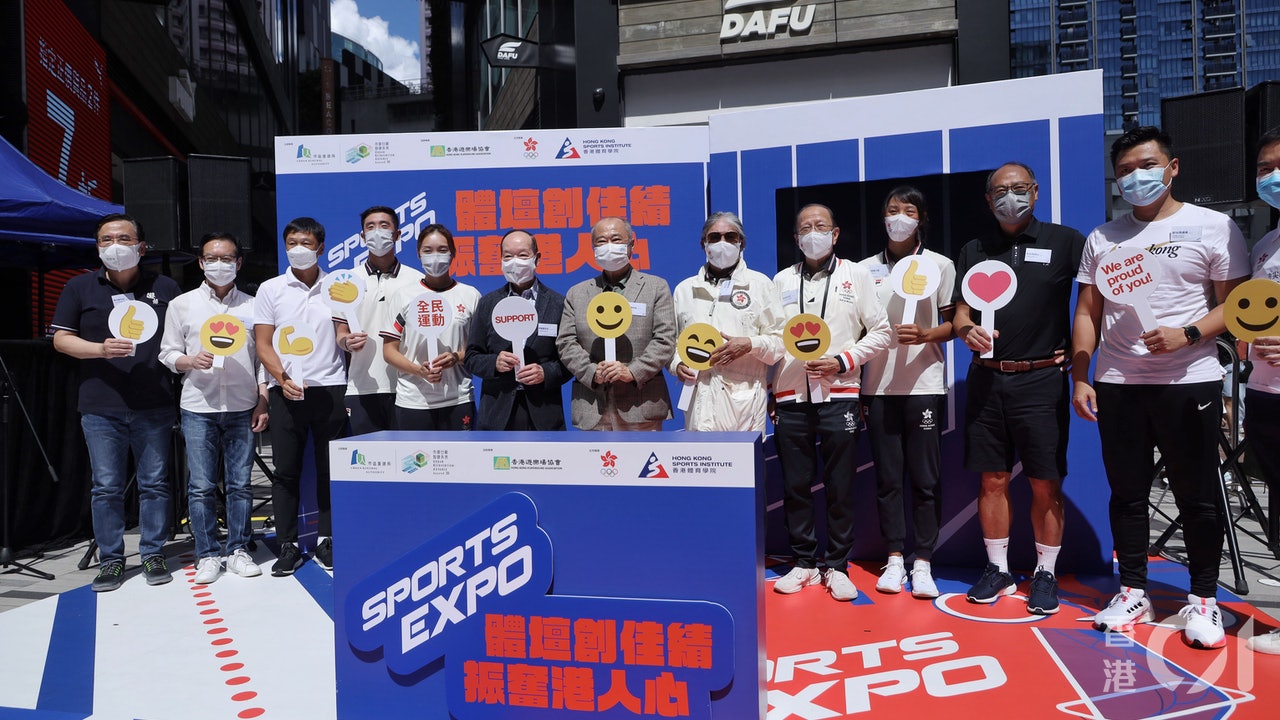 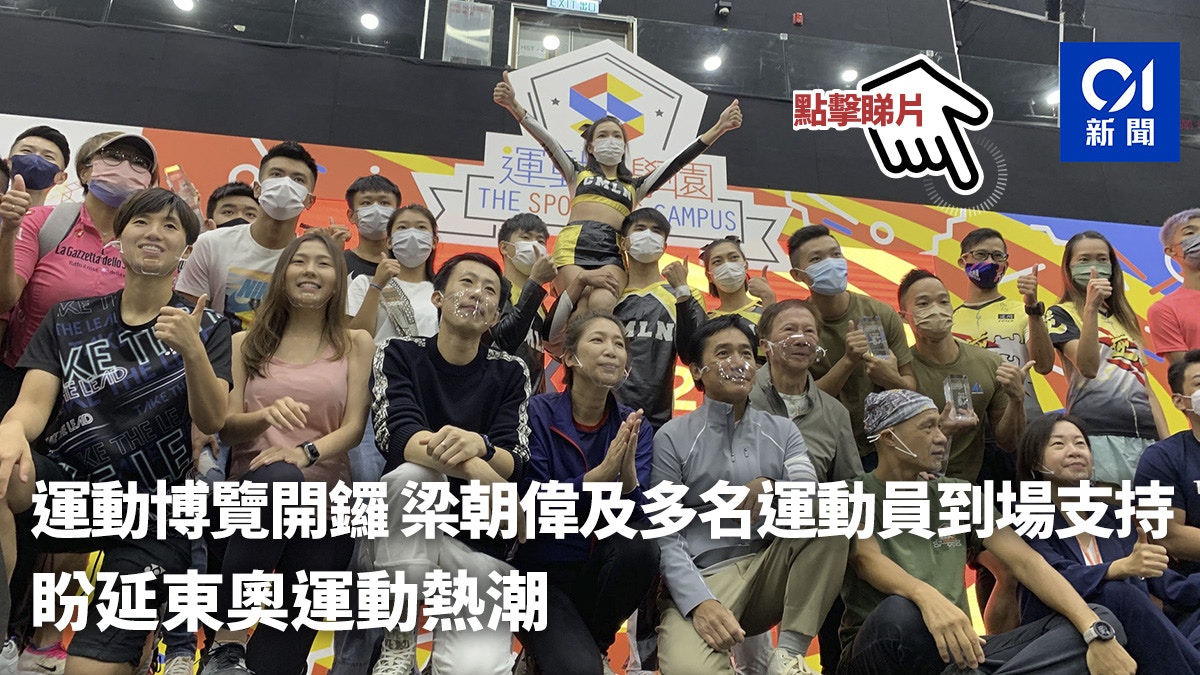 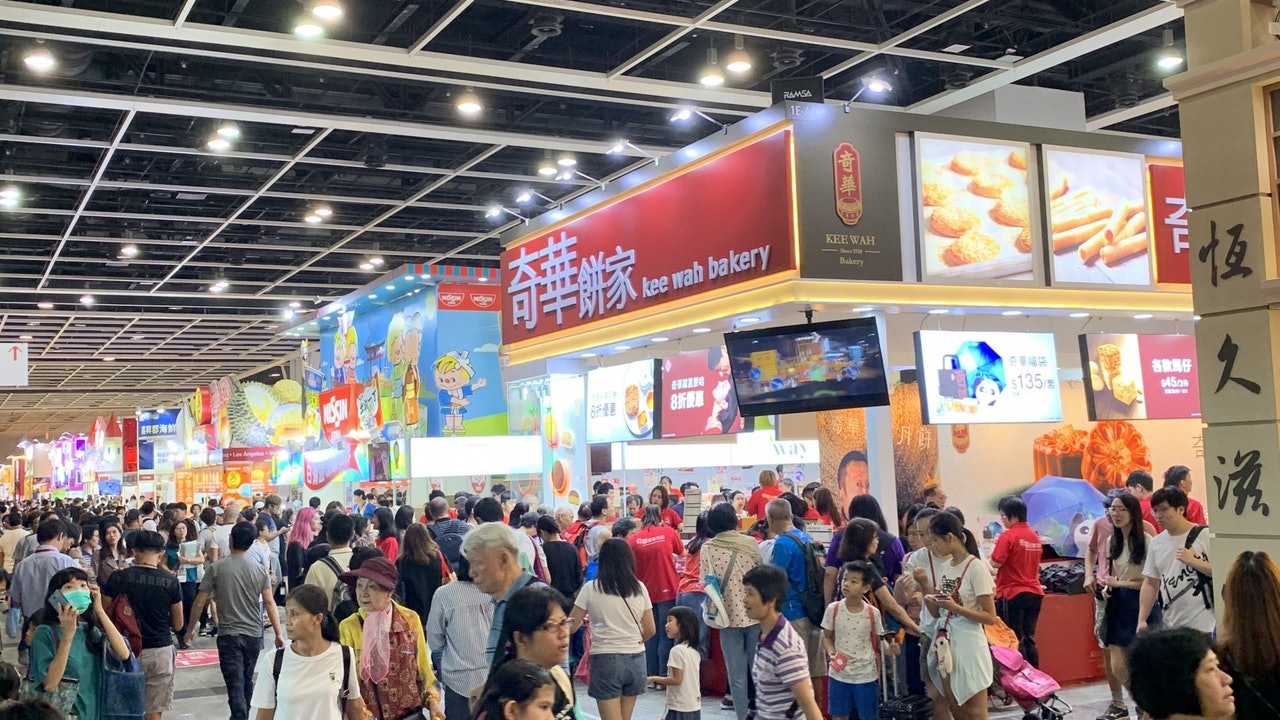 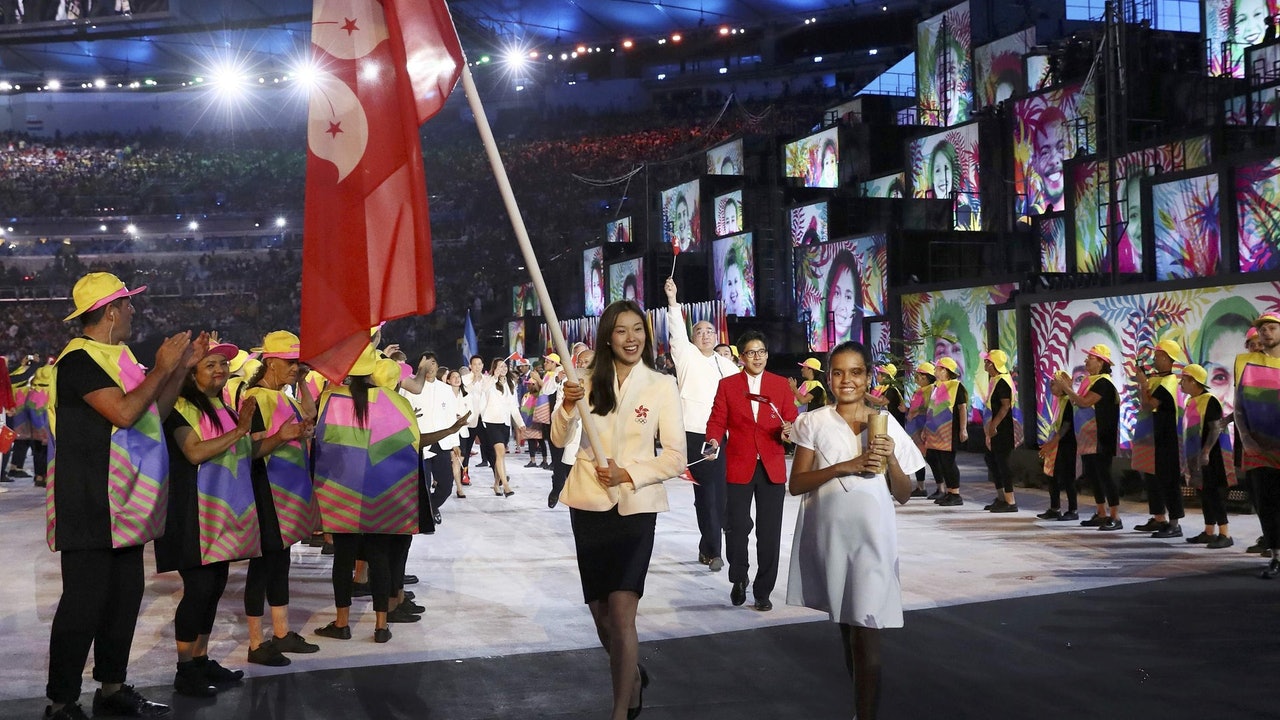