The Iraqi government: Normalization with the Israeli entity is constitutionally and legally rejected

Baghdad, SANA- The Iraqi government affirmed today that normalization with the Israeli entity is constitutionally and legally rejected by the state The Iraqi government confirmed today that normalization with the Israeli entity is constitutionally and legally rejected by Iraq.

And the Iraqi News Agency quoted a statement by the Prime Minister’s Information Office as saying that “the Iraqi government has clearly expressed Iraq’s consistent historical position in support of the just Palestinian cause and the defense of the rights of the Palestinian people, foremost of which is their right to an independent state with Al-Quds Al-Sharif as its capital, and rejecting all forms of settlement, aggression and occupation that it practices (( Israel) against the brotherly Palestinian people.”

The statement announced the categorical rejection of the illegal meetings held by some tribal figures residing in the city of Erbil in the Kurdistan region under the slogan of normalization with (Israel), stressing that the government confirms that these meetings do not represent the people and residents of Iraqi cities, but rather the positions of those who participated in them, as well as an attempt to confuse On the general situation in light of the readiness of all Iraqi cities to run for fair, early and early elections.

The Iraqi government: Normalization with the Israeli entity is constitutionally and legally rejected Arab parties: Adhering to the option of resistance in the face of the plans of the Israeli enemy Lebanese writer Nidal Hamadeh: The war on Syria was the starting point for the attempt to overthrow the entire region

A conference in Iraq in favor of normalization with Israel provoked a storm - Walla! news The Battle for Regional Stability - Written by: Ahmed Dawa 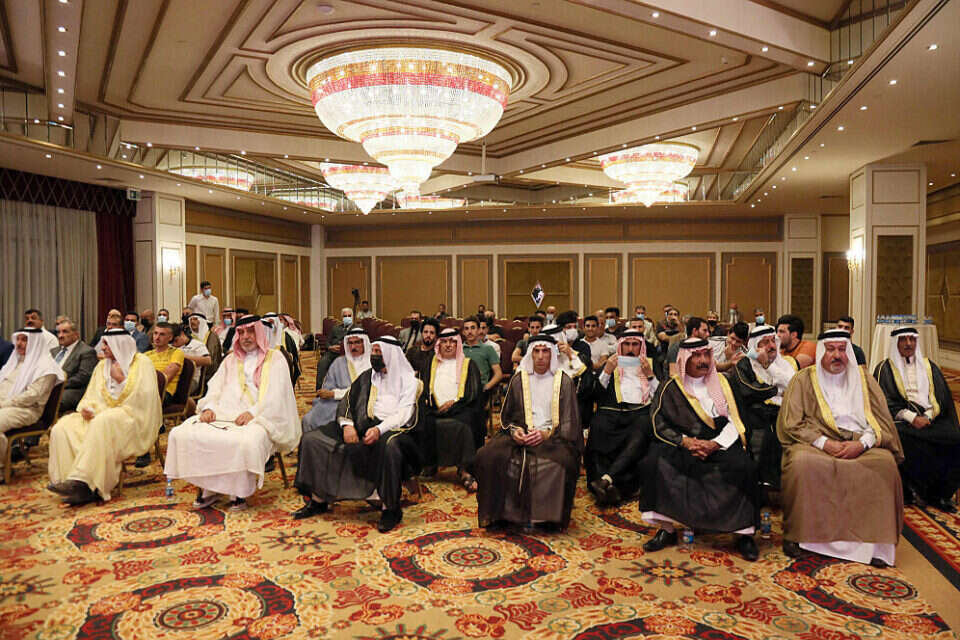 Kurdish expert: "Israel is the right choice for Iraq for relations" | Israel today