The Secretary for Security Deng Bingqiang mentioned in a newspaper interview that if citizens celebrate the "Double Ten" on the 10th of next month, they should ask whether they have the intention to separate Taiwan from the country, and then ask "Why do you want to celebrate this day? 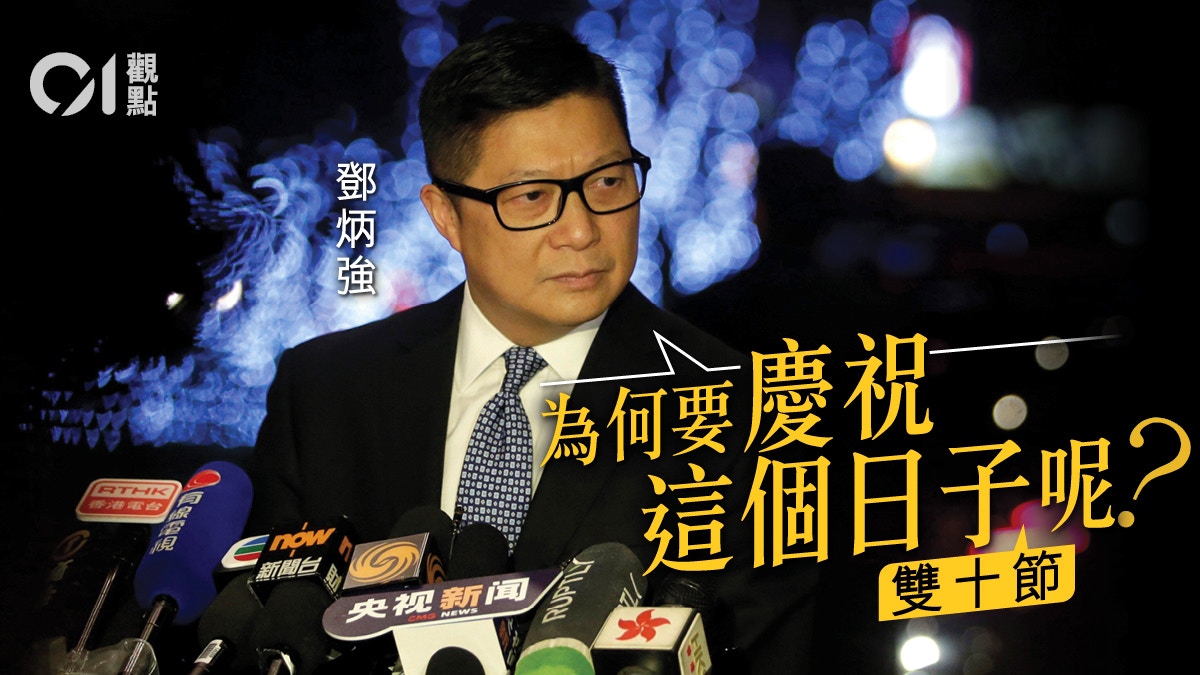 The Secretary for Security Deng Bingqiang mentioned in a newspaper interview that if citizens celebrate the "Double Ten" on the 10th of next month, they should ask whether they have the intention of splitting Taiwan from the country, and asked "why should they celebrate this day."

Subsequently, a number of non-governmental organizations indicated that they would not hold the "Double Ten" public event.

It is true that the "Double Ten Festival" should not be used to promote Taiwan independence, and this controversy also makes people reflect on the changes in Hong Kong's political space in the past two years and where it will go in the future.

To commemorate the Revolution of 1911 and the "Double Ten Festival" established by the Republic of China, the pro-Taiwan organizations in Hong Kong had always attached importance to and celebrated it before the return.

With the return of Hong Kong in 1997, the first Chief Executive Tung Chee-hwa and his special adviser Ye Guohua had to deal with the issue of the "Double Ten" celebration. There was no lack of political wisdom.

In an interview with Sing Tao Daily, the Secretary for Security Deng Pingqiang mentioned that citizens should not celebrate the "Double Ten" on the 10th of next month.

The political wisdom of the "Hong Kong Affairs Office"

Tung Chee-hwa was asked about "Can we celebrate Double Ten after the reunification?" He emphasized that matters would be handled in accordance with the law under "one country, two systems."

Ye Guohua once recalled that the Liaison Office instructed the Hong Kong government to hang red flags on the streets on the day of "Double Ten". He persuaded Taiwan's representatives in Hong Kong to hang the flag indoors instead of on the street.

Ye Guohua himself even attended the "Double Ten" banquet. In addition to the red flags covered with blue sky and white sun, the venue also played the Three People's Principles song.

The two sides avoided embarrassment and unnecessary conflict. Ye Guohua later believed that this was because the two sides reached a tacit understanding for this.

It was also because of the high degree of mutual trust between the SAR government and the officials of the central government that the Hong Kong government had the space for the "Hong Kong Affairs Office" in Ye Guohua's mouth, and used Hong Kong methods to handle politically sensitive matters.

October 10, 1911 was the first shot of the contemporary Chinese revolution for the Wuchang Uprising.

Let go of the fight against tightness

Needless to say, the anti-regulation movement has completely undermined the political mutual trust between the Mainland and Hong Kong, and Hong Kong's political space has narrowed significantly in the past two years.

As Liu Zhaojia, the vice president of the National Association of Hong Kong and Macau Studies, pointed out, celebrating the "Double Ten" can either celebrate the Revolution of 1911 overthrowing the monarchy, or pro-Taiwan organizations to remember the governance of the Republic of China, but it can also be used as a political expression.

Since "Double Ten Festival" may be used to promote Taiwan independence and there is no basis for political mutual trust at the moment, government officials have made everything clear and reminded relevant people strictly. Naturally, it is not surprising.

On the one hand, the society must reflect on the attitude of some people against the Central Committee in everything in the past two years. Are they preserving or damaging Hong Kong’s political space?

If separatism remains unabated, the political space that originally allowed the celebration of "Double Ten" will also be lost, which will be harmful to Hong Kong.

Only by separating the seat from the separation, not challenging the political red line, and letting things like "Double Ten" return to their essence, can political mutual trust be expected to be rebuilt.

On the other hand, "One Country, Two Systems" originally required Hong Kong officials to handle their extremely complex and changeable matters wisely, and to use the space of two systems to determine the scale.

Once the smallest things become contradictions and confrontations and are used as tools to challenge the political red line, then Hong Kong's political space is bound to be the biggest loser.

The incident of the Hong Kong government’s wrong country name, which even made the country’s name wrong, reflects political distrust of the will to govern is the key to the implementation of "Hong Kong people ruling Hong Kong" 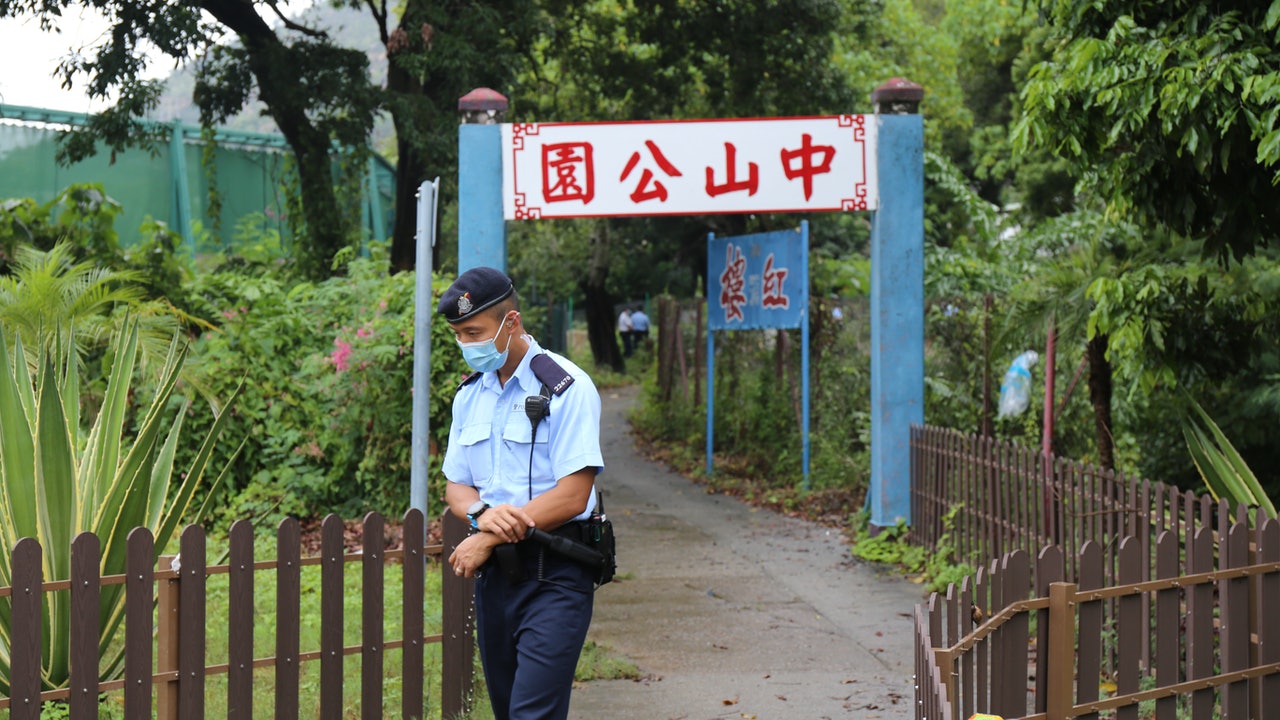 Police officers banned citizens from entering Qihai on the Double Ten Festival. Former District Councilor: There will be no commemorative activities this year 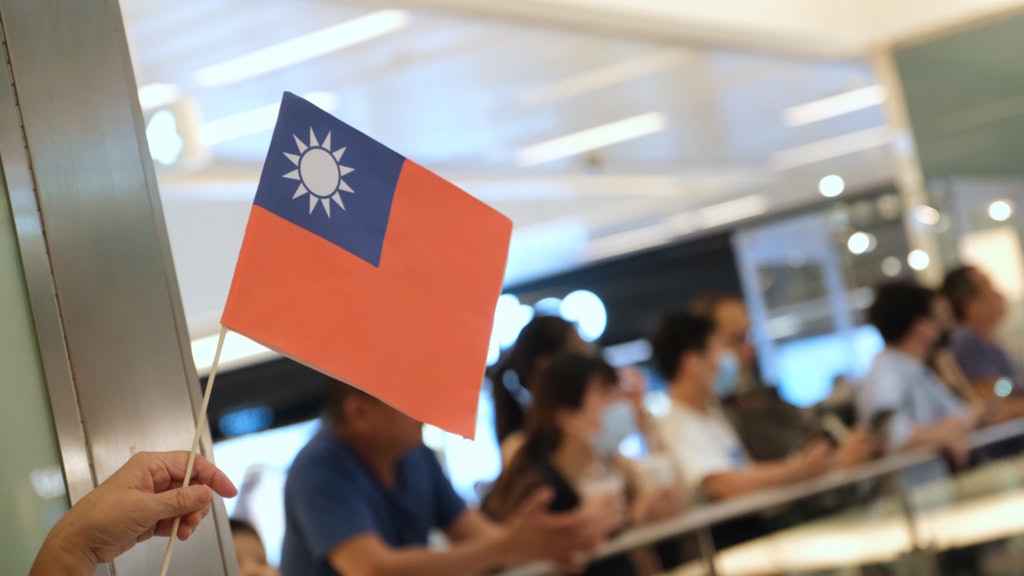 Double Ten Festival ︱ This year will not celebrate the Hong Kong and Kowloon Federation of Trade Unions: Commemorating Double Ten is not the same as supporting Taiwan’s independence 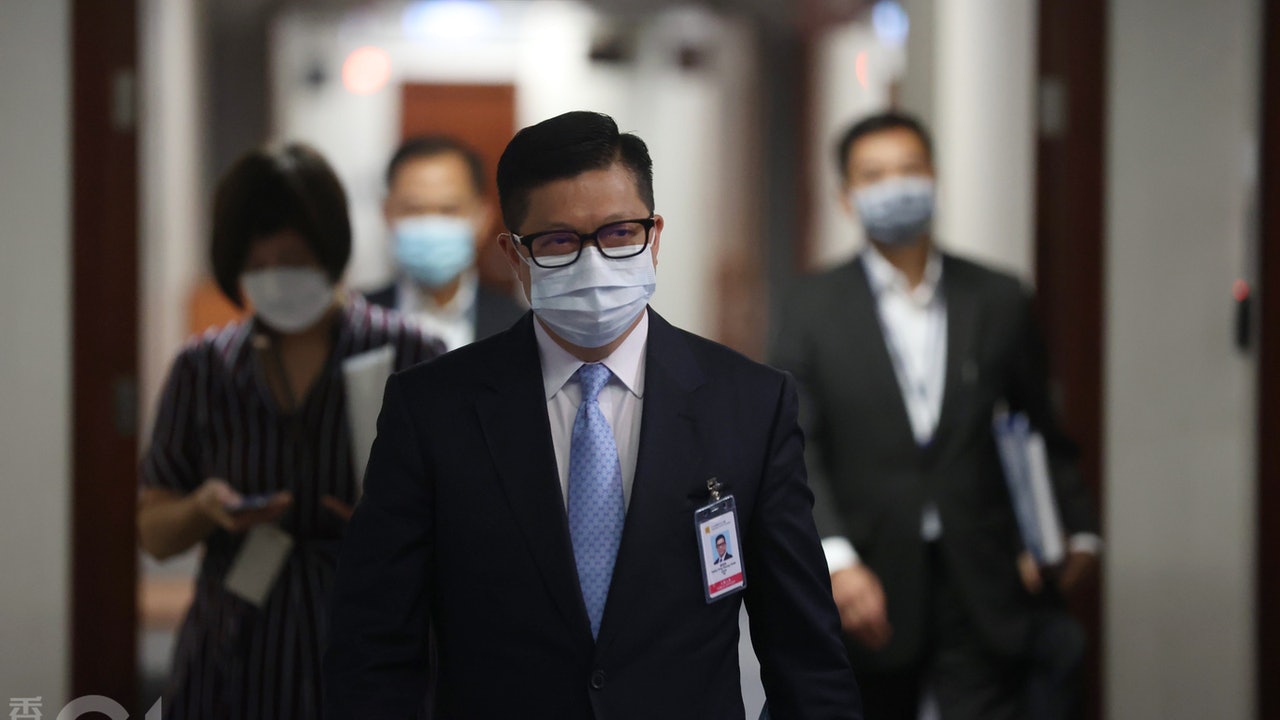 Double Ten Day︱ Deng Bingqiang warns against seizing the opportunity to split the country Mai Yecheng: no celebrations will be held this year 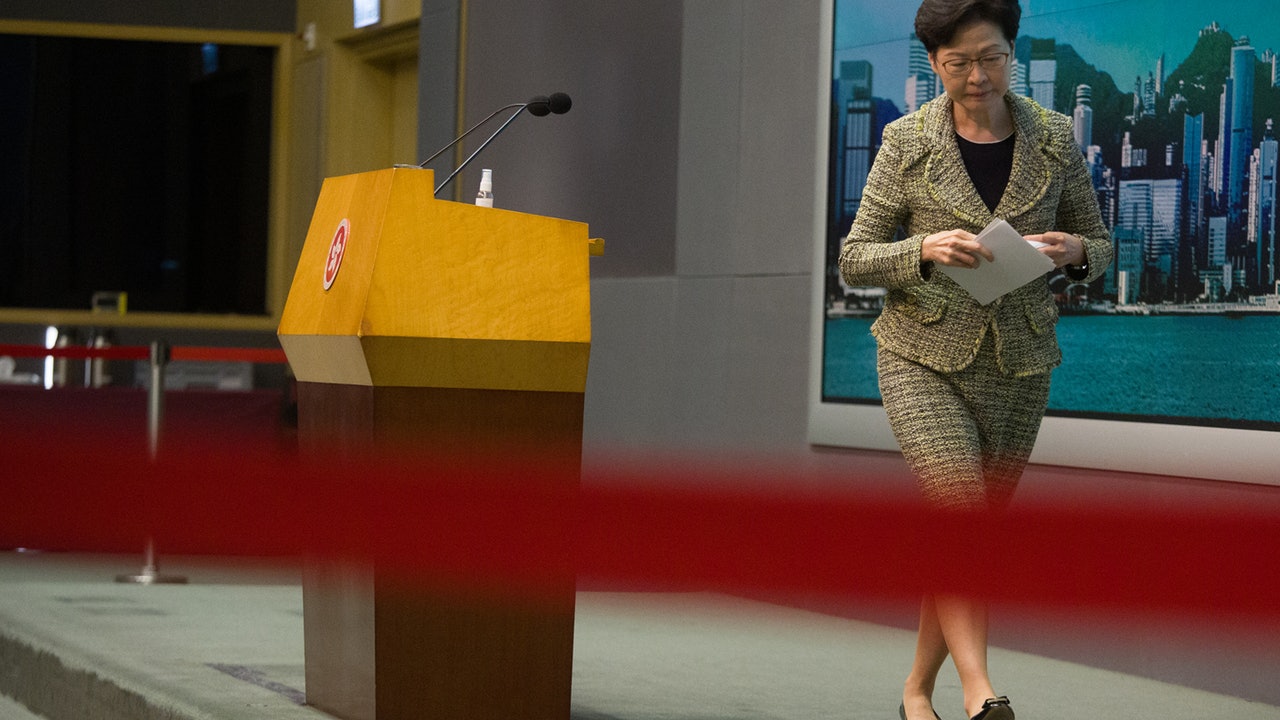 FDC’s dissolution | Lam Cheng: Touching the red line to dissolve groups on their own is the only option but not the exemption clause 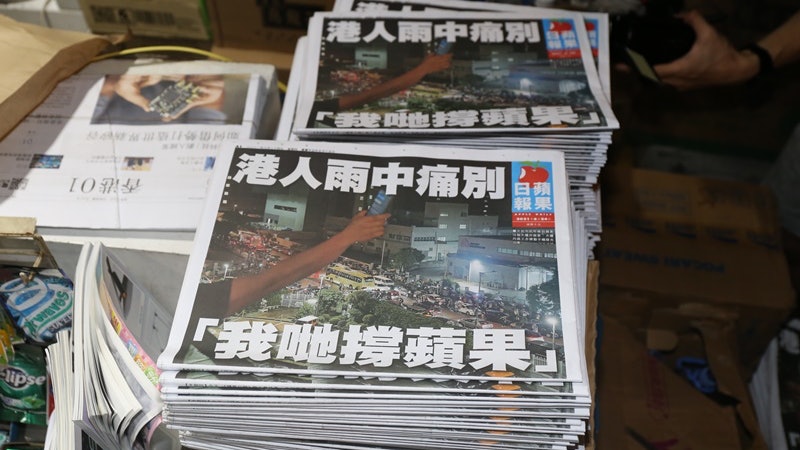 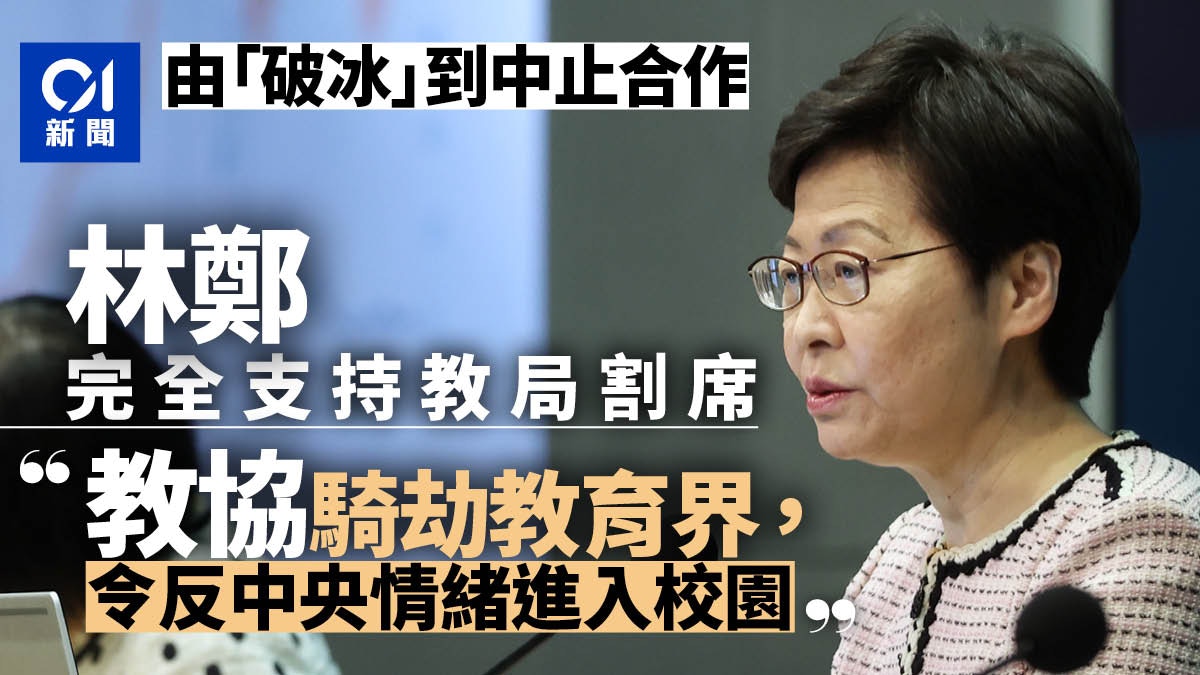 Lam Cheng criticizes the Education Association for political overriding the education profession and robs the entire education sector: unfair to other teachers