What will happen to Federal Foreign Minister Heiko Maas after the federal election in 2021? In his private life, the SPD man has probably the best-known wife of a German politician. What will happen to Federal Foreign Minister Heiko Maas after the federal election in 2021?

In his private life, the SPD man has probably the best-known wife of a German politician.

Munich - She is an actress, he is Federal Foreign Minister: With this couple, the question arises who is more prominent. We are talking about TV star Natalia Wörner and SPD politician Heiko Maas. The Swabian and Saarlanders have been in a relationship since 2016. It is not uncommon for 54-year-old Wörner (born in 1967) to accompany 55-year-old Maas at important state meetings.

For example, when the SPD man recently met with French Foreign Minister Jean-Yves Le Drian in his home town of Saarlouis.

There, in Saarlouis, Maas will face the direct mandate in the 2021 federal election (September 26) - against Federal Economics Minister Peter Altmaier from the CDU.

According to the prognosis of the Berlin consultancy "Johanssen + Kretschmer", Maas will prevail against Merkel's confidante and will definitely be back in parliament after the federal election, regardless of the government coalition.

No question about it: the couple attracts a lot of attention.

But who is the most famous woman politician in Germany?

What makes your life story so special?

Wörner was born in Stuttgart's working-class district Bad Cannstatt and spent her childhood in the Neckar metropolis.

Even as a teenager, Wörner worked as a model on the side.

After graduating from high school, the 1.77 meter tall woman from Württemberg modeled in Paris, Milan and Vienna, among other places.

In the late 1980s she moved to the USA, where she studied acting in New York.

She first became well-known in Germany in 1995 through her role in the series “Um die 30”.

In the years to come, she primarily embodied characters in crime novels, for example in

or in the crime series “Bella Block” (

series “Under other circumstances”.

In her private life, Wörner came into focus around Christmas 2004, when she and her then husband Robert Seeliger survived the tsunami disaster in Khao Lak.

Afterwards, she described her dramatic experiences during the earthquake in the Indian Ocean in various media.

My life was decided that morning.

Natalia Wörner on the 2004 tsunami disaster

“If we had driven down the street just five minutes earlier, I would probably be lying there - dead,” she told the weekly newspaper

: “On December 26th, we wanted to take a rented car to Phuket and from there to Bangkok to fly. I looked ahead, and a few meters in front of us our street had broken away, the curve that had just been there was gone. We stopped and saw countless people come out of the water: naked, covered in blood, screaming. "

“about the nightmare that I have experienced in the past few days”.

The shock is only slowly dissipating, she said: “I never would have thought that coincidences could be so crucial to life.

My life was decided that morning, and it was only a matter of minutes.

Because I wanted to see some temples, we moved our departure two hours forward.

The departure was then delayed by 45 minutes. "

In the video: Laschets Union is turning the trend and getting close to Scholz's SPD again

It went off lightly for her.

From then on she made headlines not only as an actress, but also when she was

by Karl Lagerfeld for the men's magazine

Glamor meets politics, something that awakens people's fantasies not just since Prince Rainier of Monaco and Grace Kelly.

Wörner makes no secret of the fact that the great attention is obviously not to their liking.

“There are things that are public in our lives anyway,” she told the

: “But there are things, you have a choice. Basically it's so simple: You have the choice. "She" underestimated "people's interest, the actress continued at the time:" I thought it would be loud for a moment and you say, ok, everyone should pause for a moment. And then it goes on again. ”She further affirmed that Maas and she would not“ fuel ”the image of the politician-glamor couple - Wörner:“ We hardly give the impression that we would especially force it. ”Nevertheless : Around the federal election in 2021, it will once again be the focus of the spotlights. Laschet criticism from within their own ranks: CDU politicians are calling for a change of course - and a more prominent election campaign team 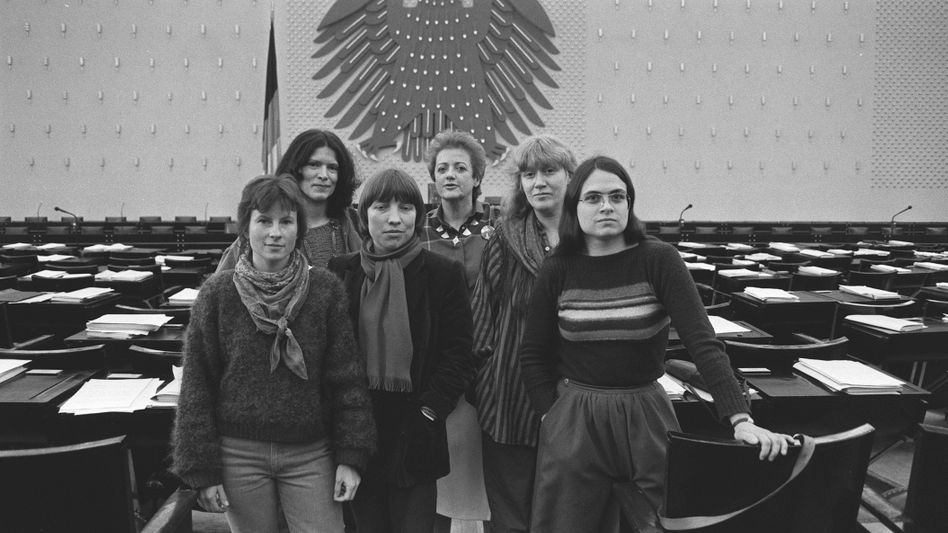 "The Unyielding" on women in the Bonn Republic: better, faster, more quick