In an interview with “Maybrit Illner”, election expert Matthias Jung makes it clear why the race for the Chancellery is more open than ever.&nbsp; In an interview with “Maybrit Illner”, election expert Matthias Jung makes it clear why the race for the Chancellery is more open than ever.

“Maybrit Illner” finally analyzes the summer election campaign on Thursday evening and dares to look ahead to the general election on Sunday. The journalist Dagmar Rosenfeld, the journalist Markus Feldenkirchen and the publicist Albrecht von Lucke will debate with the political scientist Ursula Münch. It quickly becomes clear that none of the guests wants to dare to make a prognosis for the outcome of the election on Sunday. Why this is so becomes clear when election researcher Matthias Jung is connected via video.

The board of the association Forschungsgruppe Wahlen explains that the three factors issues, personnel and structural ties significantly influence the choice.

Above all, an erosion can be observed in the latter: "What we are now actually very astonished to perceive in this election is how quickly the ties of a large part of the electorate to the Union have been shaken after we experienced in the previous federal elections, how quickly the SPD actually lost its structural support. "

Germany votes, election researcher Jung looks at the changes in the electorate at “Maybrit Illner”

Moderator Maybrit Illner would like to know whether there are reasons for this, Jung suspects: "Of course we also have a social change."

You have to see that we have a generation change behavior: "It is not the same voters who always change their minds, but large parts of the electorate simply die away and new ones are added and they bring a different socialization with them."

And parties have to react.

And if you don't do that accordingly, then you have to slowly say goodbye to your traditional percentages. "

On top of that, when it comes to social change, the Germans advocate “a decisive as well as”: “One really likes to have prosperity and as little change as possible, but one would also like to have a nice climate.

And all of this packaged as smoothly as possible.

It is therefore no wonder that the parties, as has been shown, are so terribly cautious about expecting anything from the electorate. "

"Maybrit Illner" - These guests discussed with:

The Greens in particular are in a dilemma here, says Jung: “If they want to become stronger than the almost ten percent in 2017, then of course they also have to reach broader groups of voters.

Then they have to become more bourgeois, then they also have to make their ecological positions a little smoother, otherwise they won't be able to get into this order of magnitude.

With “Maybrit Illner”, Jung makes it clear that nothing has been decided yet

Jung makes it clear that these surveys move within a corridor of statistical inaccuracies: “They can be two and a half percentage points up or down for the two.

If I now use the maximum minus value for one and the maximum plus value for the other, this error interval can ultimately be the Union even now, today, with an intention to vote in the event of great uncertainty, ”said Jung.

It doesn't have to be like that and the probability is greater if you have two points ahead that it will stay that way in the end: “But no one can seriously say today that based on this finding, a survey, the winner in the sense of who is strongest Party will be confirmed today. "

“Maybrit Illner” - the conclusion of the show

The “Maybrit Illner” round is naturally devoted to the fight for the Chancellery three days before the federal election.

For the first time in months, there is no politician in the group; instead, the country's top journalists are debating with veritable political experts.

The election researcher Jung makes it clear during his video switch that the election is anything but decided, while Elmar Thevesen from the ZDF studio in Washington reports on the US view of the federal election.

The program therefore ends with the topic of possible consequences for foreign policy. 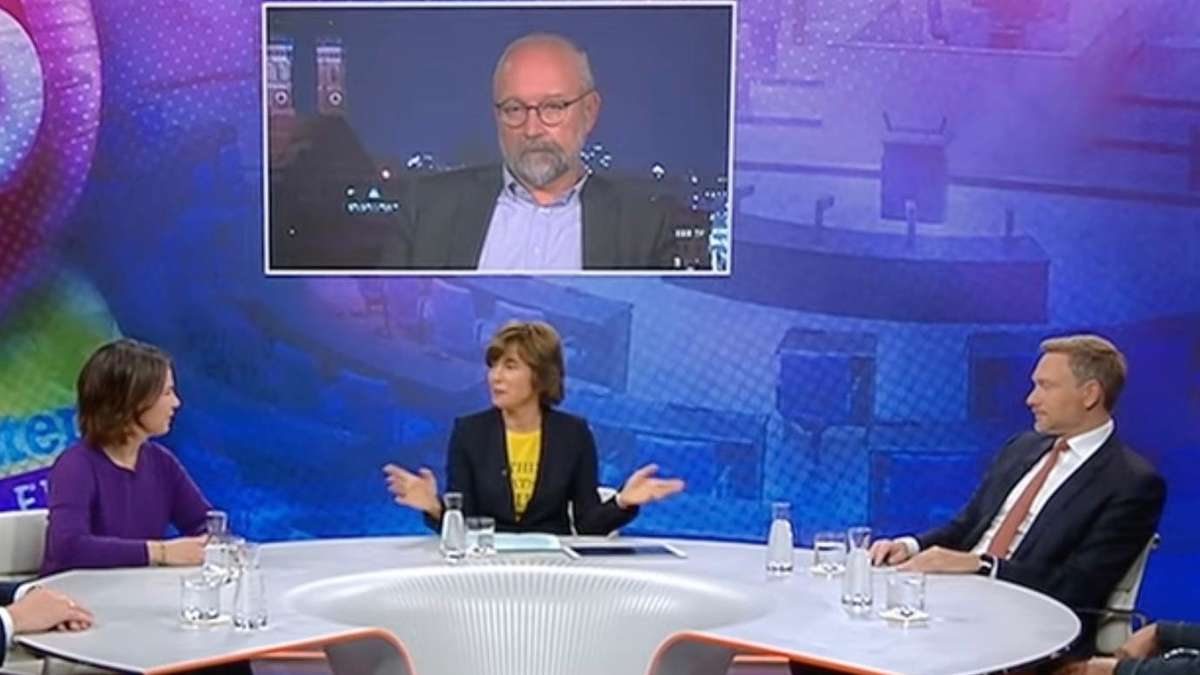 Illner upsets Baerbock with a Habeck question - Lindner steps in

Union in upheaval: Merz goes into tough error analysis at "Maybrit Illner" - "We could have won too" 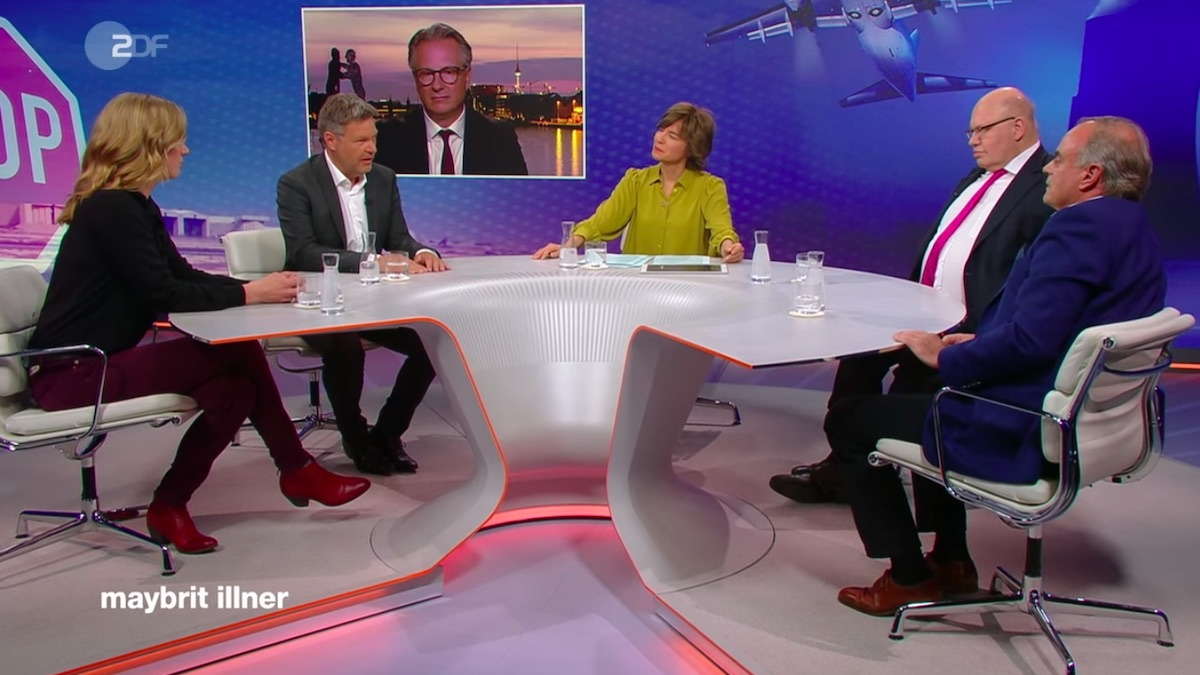