In the 2021 federal election, voters will indirectly decide on the composition of the government. Then there will also be personnel changes in the ministries. 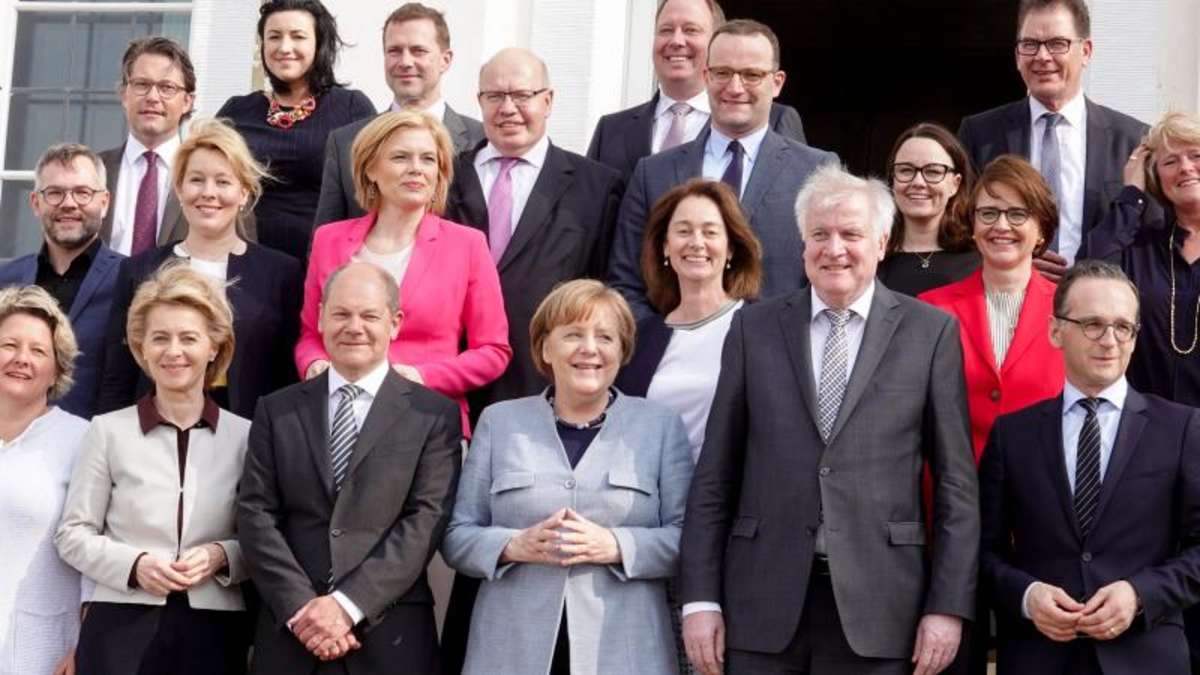 In the 2021 federal election, voters will indirectly decide on the composition of the government.

Then there will also be personnel changes in the ministries.

Berlin - On September 26th, citizens will elect a new Bundestag for the 20th time in German post-war history. Even before the election, it is certain that the Federal Republic of Germany will have a new Federal Chancellor after 16 years of Angela Merkel. Armin Laschet (CDU), Olaf Scholz (SPD) and Annalena Baerbock (Greens) are applying to succeed the outgoing Chancellor. This is the first time since 1949 that an incumbent has not stood in a Bundestag election.

The polls in the run-up to the 2021 federal election could also lead to a turning point in German politics.

After 16 years as the strongest force, the Union could lose its supremacy to the SPD for the first time.

In the last few weeks before the general election, the Social Democrats reached new highs in the polls.

Either way, the new government will, above all, ensure that the ministerial posts are rotated.

Federal election 2021: Move chairs in the ministry - these ministers are sure to stop

Compared to Merkel IV's cabinet, which was sworn in after the new edition of the grand coalition after the 2017 federal election on March 14, 2018, a lot will change in the ministries in the new legislative period. This is due to several aspects. Initially, some of the current ministers will end their political careers or become unavailable for ministerial posts. As the

reports, this includes Horst Seehofer (CSU), who will end his political career at the end of the current legislative period. Gerd Müller (CSU) is also no longer eligible for the 2021 federal election because he wants to make room for younger people. Christine Lambrecht (SPD) is also no longer running after 20 years in the Bundestag and would like to work as a lawyer again.

Another point is the restructuring or the creation of new ministries, which can be carried out for each new legislative period.

Above all, the introduction of a separate ministry for digitization is considered likely, which would then also have to be re-staffed.

Finally, of course, the composition of the new government also decides who will fill the ministerial posts.

Even if the continuation of the GroKo cannot be ruled out, if the SPD wins the election, the Union could go into the opposition again for the first time in 16 years.

Then the ministerial posts in a potential traffic light or R2G coalition would be completely redistributed anyway.

Minister in the 2021 federal election: an overview of the Merkel IV cabinet

At the moment, however, one can only speculate about the successors of the previous ministers. If the Union is the strongest force in the election and Armin Laschet is elected Chancellor, it can be assumed that some of the heads of the Prime Minister's “future team” would have a chance of a ministerial post. These include, among others, Friedrich Merz (CDU), who had offered himself as Minister of Economics in the past. Dorothee Bär, who is currently active as State Secretary for Digitization in the Chancellery, should then figure out chances for a possible digitization ministry. A ministry with more prestige could then also be possible for Jens Spahn, who had renounced a candidacy for the party chairmanship in favor of Laschet.

If the SPD wins the election, Heiko Maas and Hubertus Heil in particular could also belong to the new cabinet and continue their government work.

Federal Parliament election 2021: Ministry of Economics for the FDP?

Environment Minister from the Greens?

Should the Greens join a coalition led by the SPD or Union, the party's declared goal would be the Ministry of the Environment. According to the party's “immediate climate protection program”, this should also be given more powers. In addition to Chancellor candidate Annalena Baerbock, party co-chairman Robert Habeck would also be eligible for the post. The situation is similar when the FDP enters government. The Free Democrats could call for the Ministry of Finance and would have a candidate for ministry in party leader Christian Lindner. The 42-year-old confirmed this wish in an interview with the

But first the citizens of the Federal Republic have to elect a new Bundestag in the Bundestag election on September 26th and thus lay the foundation for a new government.

Then it will also show whether the results of the polls can also be confirmed at the ballot boxes.

On our interactive map you will find an overview of all results from the constituencies and municipalities in Germany.

Altmaier and Kramp-Karrenbauer do not go to the Bundestag 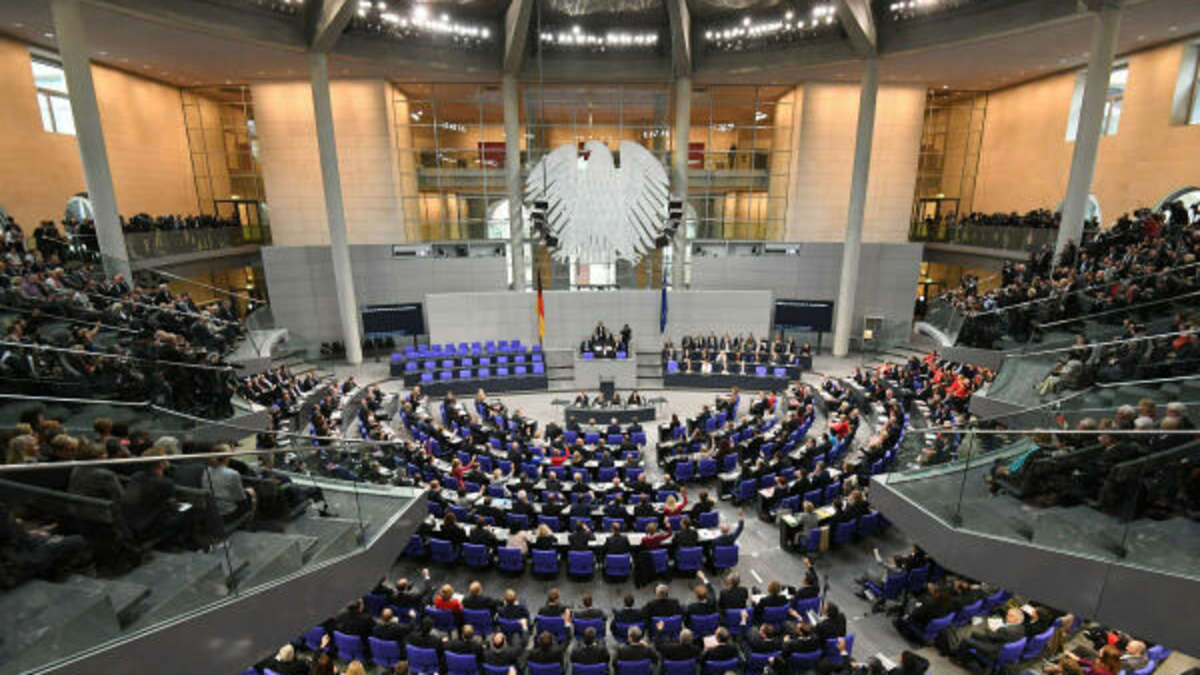 Federal election 2021: everything you still need to know about the election 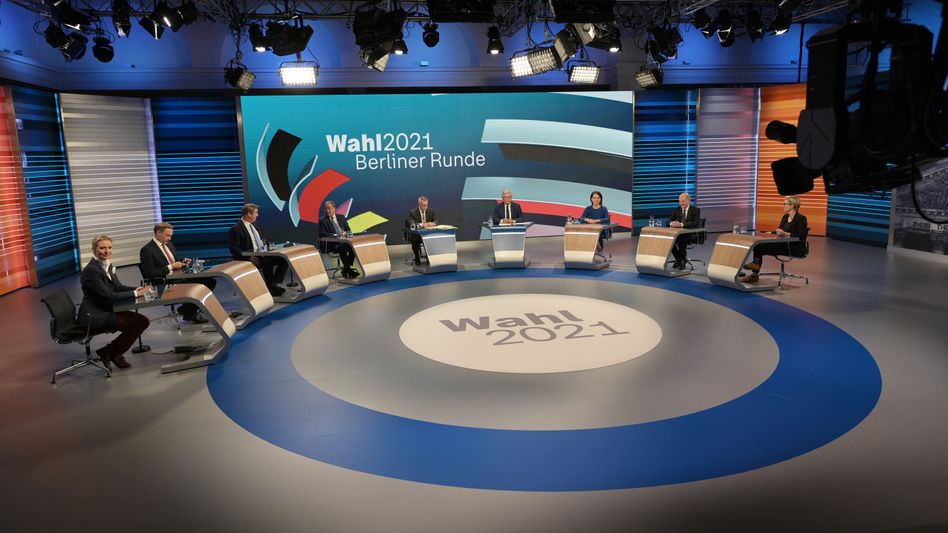