"As if we have known each other for years": Shaked's exciting encounter with the kidney donor | Israel today

When Tali Shaked's life depended on an urgent kidney donation, an article was published in "Israel Today" about her condition. 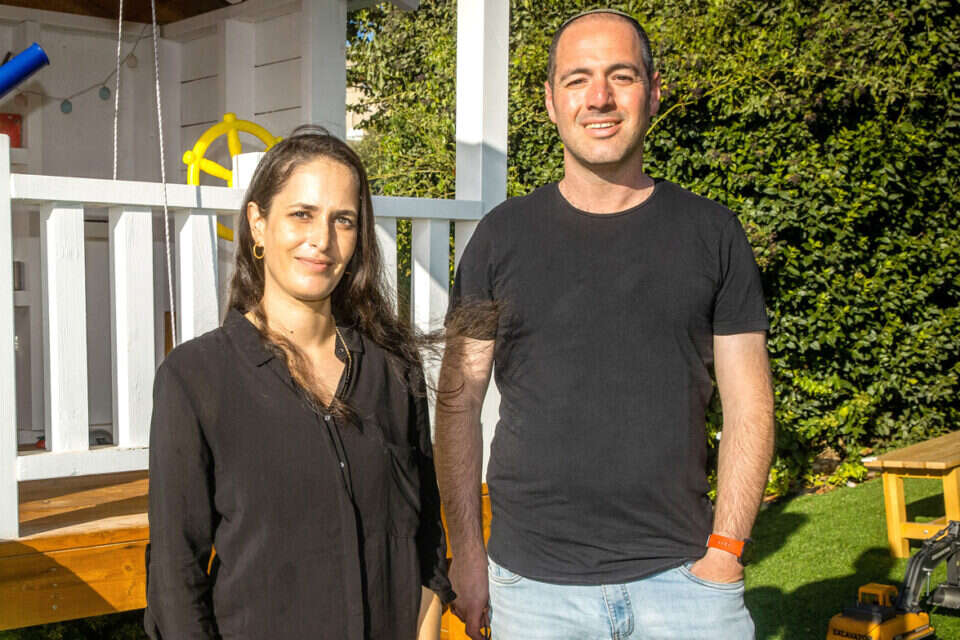 After discovering that she had a complex autoimmune disease, Tali Shaked (37) had to undergo a kidney transplant. Following an article in "Israel Today" about her difficult situation, Eli Greenspan (43) decided that he was saving her life. Now that the transplant surgery has been successful, Tali and Eli have met with her family.

A month after undergoing kidney transplant surgery at Beilinson Hospital, Tali Shaked, 37, a resident of Neve Ilan, is optimistic and smiling. "I feel really good today, the tests are good and the indices are good, just keep going. I am monitoring to check that everything is fine and that there are no surprises, taking medication and taking care of myself," she hugs her husband Danny and her two children, May (6) who went up to first grade, and son (3) who began to go to municipal kindergarten.

When Tally was 29 she was diagnosed with a complex autoimmune disease.

She was then newly married, and decided to become a mother despite the illness and the doctors' advice.

She gave birth to her two children after complex pregnancies at risk.

Following the illness and pregnancies she underwent two surgeries, and last year her illness reached a peak, and her condition deteriorated.

During a search for the kidney, an article was published about Tali Shaked in March 2021 in "Israel Today", when at the same time the tests performed on her did not bode well.

"I had a lot of antibodies and they prepared me for a very long process of kidney search. They told me 'you're going into another movie, it could take a year and maybe years.' The Gift of Life Association told me to help me and I knew I had a back."

The same article was also read by Eli Greenspan (43), a resident of Revava in Samaria, married and a father of six, a longtime employee of Shaham Mekorot, currently the director of the engineering coordination department.

Greenspan grew up in Bnei Brak, and knew the stories of connected donors that were distributed in synagogues.

The issue of organ donation to save lives occupied Eli, and about three years ago he discovered that a very good friend of his from the reserve had donated a kidney, and later ran a marathon.

Eli was surprised and began to delve deeper into the subject of altruistic donation, and after receiving approval for this from his wife (Leah Liat), he decided he was interested in donating.

Greenspan soon realized he was interested in making a donation for a father or mother to young children.

When he read about Tali Shaked and saw her picture in the newspaper, he realized that he had found his destiny.

"I saw a happy family, and I read that she needed a kidney to live. I saw their little children, I read that she struggled to have children, and I knew that was what I wanted, to make a significant contribution to her. I was very connected to the story of Tali, who has a daughter "And I felt how much I wanted it to work out."

Eli called "Gift of Life" and asked to donate his kidney to Tali. To this day, he keeps recording his conversation with the organization - a not-so-simple conversation. "I was told that they were trying to find a donor for Tali and that she had a lot of antibodies. The woman told me, 'If you fit her, it will be a miracle.'"

Despite the concerns they set off, and two weeks later and after a series of tests a match was found between the two: "My joy was immense. At that moment I jumped in the room, people at work approached me to see what happened. I felt like Erella from the lottery called. I was crazy. Match almost like a brother, "Greenspan said with sparkling eyes.

"I do not know what to call it, maybe a finger of God. There was something from above," the head of the Tissue Classification Institute admitted.

Greenspan and Shaked at the hospital,

Shaked and Greenspan began a process of testing and approvals, went through committee after committee, and waited for approval from the Ministry of Health.

They went through the last committee last July, so the transplant coordinator also asked them if they would like to meet.

They both really wanted to.

They arranged to meet at the Azrieli Mall in Tel Aviv. "He went down the escalator and we went up and that's how we met. Except for his name I knew nothing about him. I felt it was a person who was going to be the greatest closeness between us I could imagine, and I wanted to know everything about him. It was interesting to hear the process that led him to contribute." Eli recounted the same encounter: "I felt we had known each other for years."

The transplant operation was performed at Beilinson Hospital on August 15, 2021. "I had no fears before the operation and I was very whole with it. The operation went through, the doctor told my wife it was the most beautiful kidney he had ever seen," says Greenspan and Tali. "A second started to get an amazing color and started to work. It was like in the books, the way you want it to be."

Representatives of the families come to their first meeting with the families, which is being held at Beit Shaked in Neve Ilan. Tali admits, "My family was in crazy excitement, everyone was curious about him. He is a celeb on my side.Eli is not someone you meet every day. "

At the end of a week after the operation, he had returned to work.

"I feel good, it's still a recovery period but really everything is light. I started working from home, and now I'm a month after the donation, and sometimes I forget I'm even after surgery. The donation made a difference in my life, a feeling that there is nothing I can not do. Donate a kidney, but whoever does it experiences happiness that cannot be explained in words. Beyond what you do for the other person, it gives you a sense of satisfaction, happiness and ability, a tremendous sense that you have done something very significant. The people of Israel are one big family and these things are revealed through the moments "When it comes to difficult moments, we are brothers. By the way, my goal now is to run the Jerusalem Marathon 10 km, and it will happen.

" Between us will always be preserved.

I always wanted a fireplace, and now I have one, "Shaked shared.

"As if we have known each other for years": Shaked's exciting encounter with the kidney donor | Israel today Organ Donation Day: Anita Schmeußer has been living with a foreign kidney for almost 30 years

The kidney of the murdered man in Lod was transplanted in a resident of Beit Safafa: "There are no Jews and Arabs, only human beings" - Walla! news 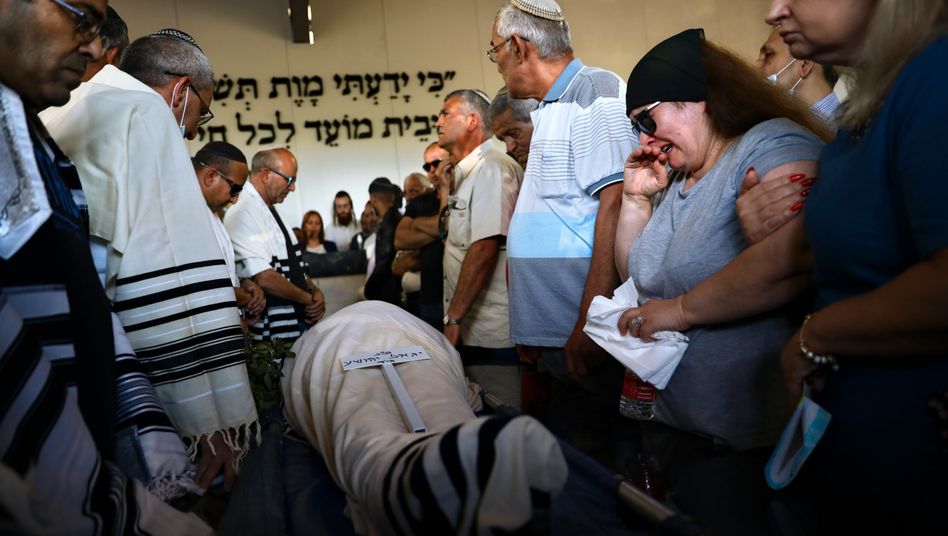 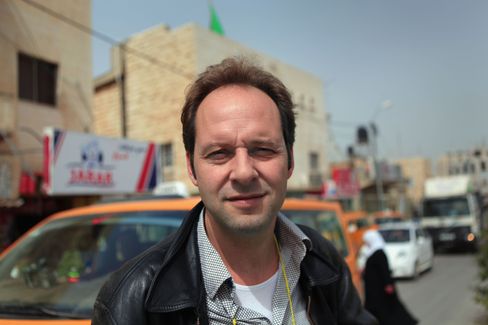 Israel and the Middle East Conflict: When Donated Organs Are To Bring Peace 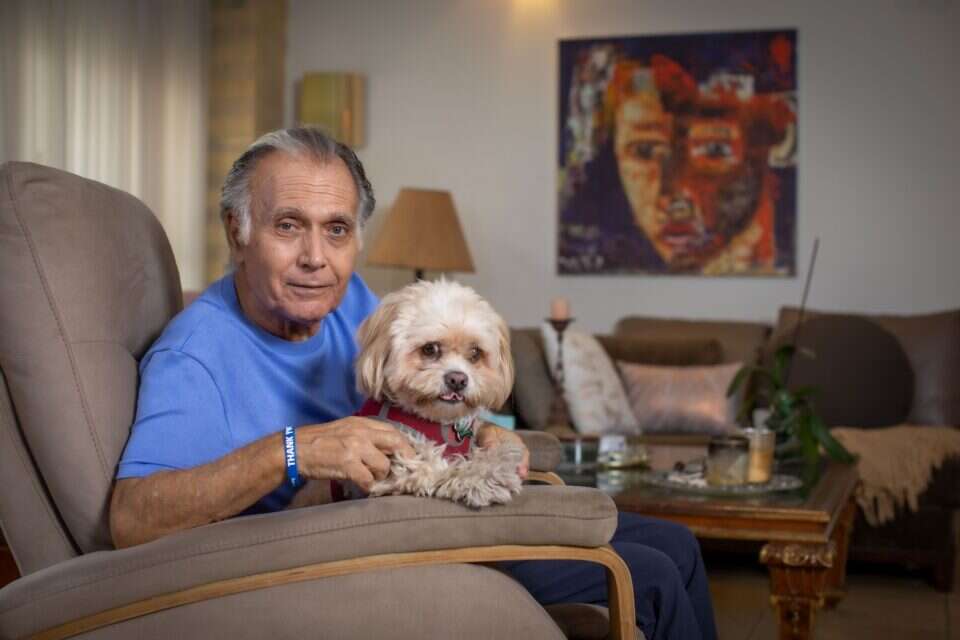 Kobi Asherat: "The doctor said: 'You are on the edge'. Luckily a miracle happened to me and they found me a kidney donor" | Israel today 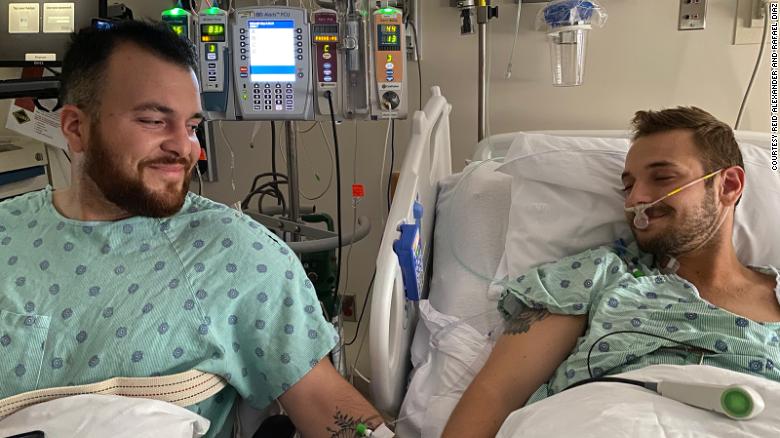