"The manager called me a Negro": How much is abuse at work worth? - Walla! Sentence

A deputy director of one of the largest retail chains in Israel will receive compensation of tens of thousands of shekels, after he said he was subjected to a series of abuses and humiliations

"The manager called me a Negro": How much is abuse at work worth?

A deputy director of one of the largest retail chains in Israel will receive compensation of tens of thousands of shekels, after he said he was subjected to a series of abuses and humiliations

A deputy manager in one of the largest retail chains in Israel will receive compensation of tens of thousands of shekels from the chain.

This, after he claimed to have been subjected to a series of severe abuses by the network and underwent a series of humiliations by his manager.

In a lawsuit he filed with the Haifa Regional Labor Court, the plaintiff claimed, among other things, that his manager mocked him in front of other workers and called him a "chorka" (nigger or black laborer, in the plaintiff's native language).

Following the past humiliations, the plaintiff fled to the branch warehouse, where he wept bitterly.

The director mocked the Caucasian origin

"He teased me, mocked me in front of the rest of the workers and started calling me behind my back with nicknames related to my Caucasian background, like Chorka (Negro / black worker)"

The plaintiff began working at the network in November 2014. According to the lawsuit, he was first employed as a full-time employee, and later previously as a branch manager. However, he claims that after only 3 months in which he was employed in the position, he discovered that he had been fired, and was replaced by a new manager who came to the branch.

Against this background, the manager turned to his superiors and claimed a real deterioration in his terms of employment. He was later summoned to a hearing at the end of which he was fired. However, just before the layoffs took effect, she turned to a senior network manager and asked him to return to a higher-paying job as a deputy manager at a branch to be opened in another city.

The plaintiff began working in his position under a new manager, and for the first two months their relationship looked rather promising: Because the manager was required to temporarily move to another branch to serve as a deputy, the plaintiff replaced him as acting manager, and "he kept praising me for my absence."

However, when the branch manager returned to his original position, he opened, according to the plaintiff, a severe abuse mask against him.

"He teased me, mocked me in front of the rest of the workers and started calling me behind my back with nicknames related to my Caucasian background, like a chorka (Negro / black laborer)," the plaintiff claimed in his lawsuit.

The plaintiff fled to the warehouse and wept bitterly

Despite the plaintiff's hard feelings, he "raised his head" and was one of the first to arrive at the branch every morning. However, he also received a harsh response from his manager, who continued to humiliate him and demanded that he wait outside the branch in his vehicle until the exact start of work, and only then enter the branch.

"All my attempts to work properly and quietly failed, as the manager constantly slammed me with derogatory and degrading words," the man claimed in the lawsuit. The campaign of humiliation that the plaintiff went through affected him so deeply that he fled to a warehouse at the branch on various occasions and wept bitterly there.

According to the plaintiff, he contacted his superiors online and flooded the difficult problems he was suffering from and the humiliating treatment of him, but did not receive any response to his inquiries. Instead of assisting him, his managers summoned him to a hearing, which was conducted in a non-substantive manner, in which it was alleged against him, among other things, that he "did not smile during work."

Following the hearing, the plaintiff was fired from his job, and following what was described he filed a lawsuit against the network.

In the lawsuit, the plaintiff demanded compensation of more than NIS 200,000, among other things, for the abuse he suffered from, his dismissals, which he claimed were made illegally on the basis of his origin and skin color, and defamation of the derogatory names and nicknames thrown at him.

The network denied: "We acted sensitively"

In its written defense, the network denied all of the plaintiff's allegations. According to her, the plaintiff, who expected to be promoted in his position and did not receive it, behaved in an inappropriate manner in front of the area manager, and after being asked to move to work at another branch and refused - he himself asked to have a hearing.

According to the network, she treated the plaintiff in a very sensitive manner when she decided to cancel his dismissal and increase his salary - so that his allegations regarding abuse and degrading treatment cannot stand. The network also denied in the written defense all the plaintiff's allegations concerning defamation, claiming that they were general and trivial.

Following the filing of the statement of defense, the network approached the plaintiff in an attempt to reach a settlement, under which he would receive all the social rights to which he was entitled as well as compensation for the insult he had suffered.

Because at that time the plaintiff was very financially stressed, he preferred to compromise on the amount he demanded so as not to be dragged for years in court.

Against this background, the parties eventually reached a settlement agreement, in which it was determined that the plaintiff will receive compensation of NIS 70,000, without holding an evidentiary hearing.

The plaintiff was satisfied with the results of the agreement, and began working in a new workplace "with good taste."

"The manager called me a Negro": How much is abuse at work worth? - Walla! Sentence

The stinking exercise that the private investigator did for the patient cost the insurance dearly - Walla! Sentence

A caregiver was sentenced to 15 months in prison for abusing babies in Haifa - Walla! news

Towards the verdict in the Carmel trial: "Two years we are in a nightmare" - Walla! news 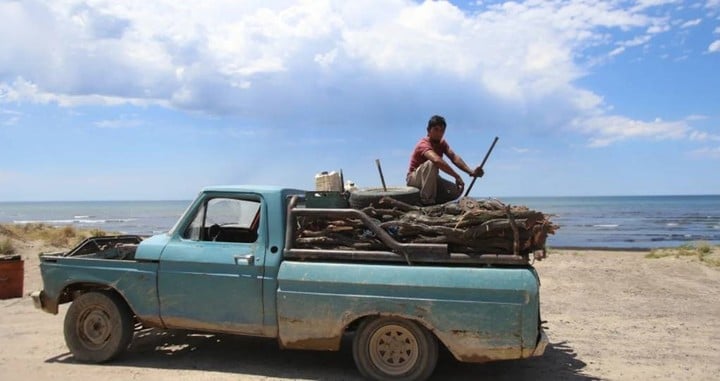 The bereaved father is accused of attempted murder: "He asked me to close my eyes - and hit me in the head" - Walla! news

"Doomsday is upon us" news