Who will win the federal election? The forecasts and projections are expected with high tension. In this news ticker you can read the latest figures. Who will win the federal election?

The forecasts and projections are expected with high tension.

In this news ticker you can read the latest figures.

Berlin - Who will be Germany's next head of government?

Which coalitions are possible?

These questions will be clarified with the first forecasts and projections for the federal election.

The numerous polls published previously gave an initial picture of the mood.

Bundestag election: polls see the SPD as the winner - how accurate are the surveys?

Before the general election

The polling institutes rely on surveys of eligible voters, usually by telephone.

The best-known survey is the so-called Sunday question: “Which party would you vote if there were general elections on Sunday?” The statistical deviation of the results is usually 2.5 percent.

But: surveys always correspond to a snapshot at the time of the survey.

Polls can change accordingly - something that has already been observed several times during this election campaign.

According to the last polls before the general election, the SPD was in the lead with 25 to 27 percent.

The CDU / CSU was able to stabilize slightly after a survey low and was just before the federal election at 21 to 22 percent.

The Greens, who were meanwhile traded as the strongest force in the spring, came to 15 to 18 percent.

FDP and AfD followed in the places behind and were almost on par with the polls at 10 to 13 percent.

The left meanwhile reached 6 to 7 percent.

Bundestag election: The results of 2017

Forecasts using so-called exit polls are more accurate than surveys. With the exit polls, voters are asked anonymously when they leave the premises who they have voted for. This time, the 6 p.m. forecasts could show a slightly larger difference to the final result than usual due to the high proportion of postal voters. Matthias Jung, board member of the Wahlen research group, told the German Press Agency: "This increases the likelihood that the errors in the 6:00 pm forecast will be somewhat greater." he emphasizes. In the 6 p.m. forecasts of previous years, there was a deviation of one to two percentage points compared to the official final result. "That is quite normal," emphasizes Jung.

Projections give an even more reliable picture of the mood.

In contrast to the forecasts, they work with real results.

The projections are continuously updated on election day and are therefore gradually more accurate.

The final result of the federal election is expected early Monday morning.

In the previous election, the Federal Returning Officer published the result around 5:30 a.m. the day after the election.

Until then, we will keep you up to date on all forecasts and projections relating to the 2021 federal election in this news ticker.

get all information about the federal election 2021. In addition, we provide you with all important data and figures on our interactive map with all results for constituencies and municipalities.

The next federal election projection is here! Not good news for Laschet and Baerbock The next federal election projection is here! Not good news for Laschet and Baerbock

Bundestag election: preliminary final result for Scholz and Laschet da - the numbers at a glance

Bundestag election: preliminary final result for Scholz and Laschet da - the numbers at a glance 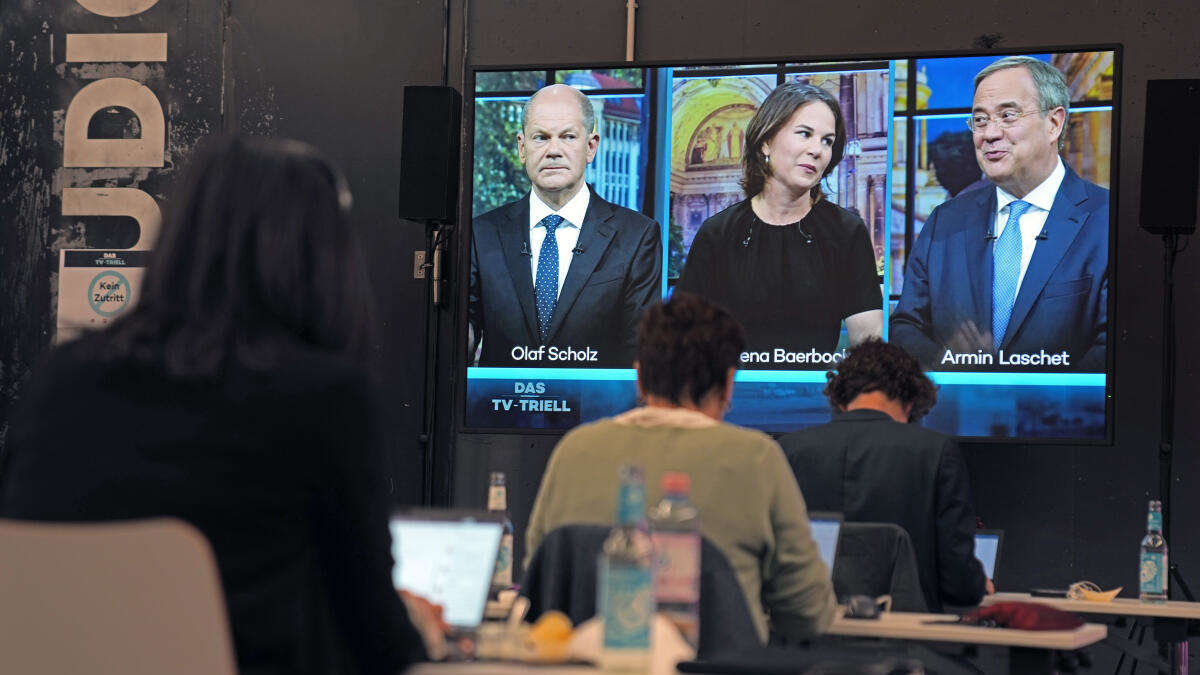 Results of the federal election 2021 live: The first figures will be available shortly!