Peronism has closed ranks to win votes and retain power in the Argentine Congress.

The Cabinet engendered by the open war between the president, Alberto Fernández, and his second, Cristina Fernández de Kirchner, after the defeat in the primary elections has started like a steamroller to recover the lost ground in the face of the legislative elections of the next 14 of November.

Unity messages, meetings at eight o'clock in the morning at the seat of Government and dropper announcements of political and economic measures aimed at improving the pocketbook and social humor of Argentines.

The new Chief of Staff, the veteran Peronist leader Juan Manzur, has been at the forefront of official communication.

In his public presentation in the new position, Manzur announced on Tuesday together with the Minister of Health, Carla Vizzotti, the disappearance of almost all the restrictions that were still in force due to the covid-19 pandemic.

Masks were no longer mandatory on the streets and other open spaces;

the borders will reopen completely to foreign tourism: commercial, gastronomic and cultural venues were allowed to return to 100% capacity;

and the return of the public to mass events, such as soccer, the pagan religion of Sundays in Argentina, was enabled.

Outside the door, the political crisis that paralyzed the Argentine Executive is over.

"We are going to redouble our efforts," said the president on Wednesday, in one of his few public appearances of the week, when he led the inauguration of a Faculty of Medicine on the outskirts of Buenos Aires.

Surrounded by national leaders, mayors and supporters, Fernández reiterated that he has heard the message expressed at the polls and has decided to give new impetus to government policies.

On November 14, Argentina holds mid-term elections in which half of the Chamber of Deputies and a third of the Senate are elected. The ruling party is playing control of both chambers, which it would lose if the overwhelming defeat of two weeks ago is repeated. The opposition alliance Together for Change won in 18 of the 24 provinces in the September 12 primaries, in which the candidates for national deputies were voted. All the main districts were left in the hands of the opposition, including the province of Buenos Aires, a historical bastion of Peronism and responsible for almost 40% of the national votes. In the eight provinces where pre-candidates for senators were voted, six remained in the hands of the opposition and two in those of the ruling party.

The election campaign for the next two months will focus on the economy.

While the opposition studies the next movements, the Government steps on the accelerator of economic recovery with pro-consumption measures.

On Tuesday he decreed an interannual increase in the minimum wage of 52.7%, which will reach 33,000 pesos (about $ 300 at the official exchange rate) in March.

After several years of loss of purchasing power, the increase will mean a real recovery of lower wages by outperforming inflation, which is expected to be around 48%.

For the more affluent classes, the Executive exempted those who earn less than 175,000 pesos a month gross (almost 1,700 dollars, at the official exchange rate, 900 in the informal market) from paying a labor tax.

In the next week, the Government is also expected to announce an extraordinary bonus for retirees and for the population with the lowest economic income, the most affected by the covid-19 pandemic and the quarantine imposed to try to reduce its impact.

The restrictions aggravated the crisis that the country has been going through since 2018 and poverty climbed to 42% of the population, the highest figure in almost two decades.

"They were announcements planned for later, but having lost them, they sped up," says political scientist Lara Goyburu, considering that the government took a turn at the helm and put economic policy ahead of the utility.

"In November we will see if it is enough with these measures, with putting more money in people's pockets, or if what citizens are asking for are structural reforms," ​​he questions.

In parallel to the promotion of public policies, the Executive also seeks to recover territories that on September 12 turned their backs on the ruling Front de Todos coalition and voted for the opposition, such as the province of Buenos Aires and much of northern Argentina. "Peronism is ruling," said Manzur, on leave as governor of the northern province of Tucumán, as a harangue at the first joint meeting of the new Cabinet, in which figures with a lot of political experience reappeared, such as Aníbal Fernández, now at the in front of the Security portfolio, and Julián Domínguez, Minister of Agriculture.

“Manzur has a good dialogue with the [provincial] governors and Domínguez with the mayors of the province of Buenos Aires.

There is a reading of returning to a Peronism that reconnects with the territory and with its traditional agenda of guaranteeing bread and work, rather than a metropolitan Peronism, with agendas linked to the 21st century as up to now ”, Goyburu points out.

In the neighborhoods, political activists and referents of social movements related to the Government go house to house in search of the 32% of Argentines who chose not to go to the polls, despite the fact that voting is mandatory in Argentina.

They will decide the electoral result of the legislative elections and with it, the Government's room for maneuver in the next two years. 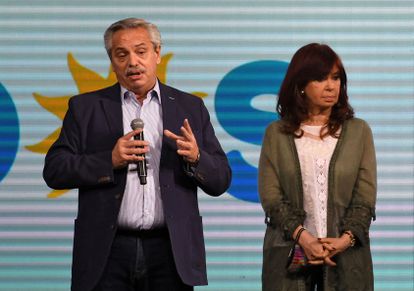 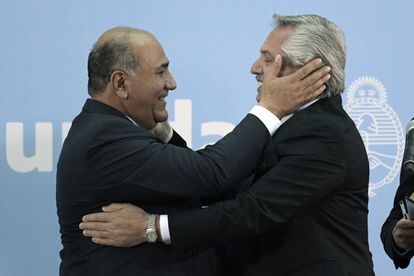 Cristina Kirchner and a fierce turn to the right The opposition fights Peronism in Sunday's primaries in Argentina Fernández vs. Fernández in Argentina 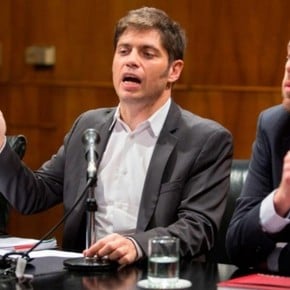 The market in pre-election mode: is there more scope for a rally of stocks and bonds?