Bundestag election 2021: other parties at a glance - SSW moves into parliament

Other parties will receive more than eight percent of the vote in the 2021 federal election. Is it enough for SSW, Free Voters and Co. to enter the Bundestag? Other parties will receive more than eight percent of the vote in the 2021 federal election.

Is it enough for SSW, Free Voters and Co. to enter the Bundestag?

Frankfurt / Berlin - The polling stations are closed, the federal election 2021 * is over.

In the first projections and results, the SPD * led by Olaf Scholz * is ahead of the CDU * and CSU * union, which has a historically bad result.

In third place is the Green *.

The latter has to worry about moving into the Bundestag.

The remaining second votes * are divided between many different parties, which are noted in projections as “other” or “other”.

But which of these parties is the strongest?

Federal election 2021: Other parties - How are the votes divided?

The smaller parties, which are expected to receive the most votes, include Free Voters *, who are around four percent, dieBasis, Volt, Die Party, the Tierschutzpartei, the Pirates, the NPD, the ÖDP, Team Todenhöfer and the Bayern- Political party.

Overall, according to projections, “others” come to over eight percent.

However, none of these parties will move into the Bundestag because the five percent hurdle applies - except for the SSW from Schleswig-Holstein.

The newly founded party “dieBasis”, which positions itself against the Corona * measures in Germany, receives hundreds of thousands of votes, but it is not enough to enter parliament.

“Team Todenhöfer”, the Europe-friendly party “Volt”, the satirical party “The Party” and many more did not get enough votes either.

Federal Parliament election 2021: other parties at a glance

The South Schleswig Association of Voters (SSW) is celebrating its expected return to the Bundestag * after several decades. According to projections, the minority party from Schleswig-Holstein, which has been exempted from the five percent hurdle, will in future have a member of parliament in Berlin. "This is a huge sensation for our small, but fantastic party," said top candidate Stefan Seidler, who wants to sit in parliament as a non-attached member of the parliament. “This is pure madness. We're in. One mandate. We have to deal with very wild things now, if it doesn't work out. ”Whether the SSW will actually move into the national parliament will probably not be known until early Monday morning.

For the first time in 60 years, the party of the Danish minority and the national Frisians had taken part in a federal election.

The five percent hurdle does not apply to them as a party of a national minority.

She just had to win so many votes that she was entitled to a seat according to the calculation process.

Bundestag election 2021: other parties at a glance - SSW moves into parliament Bundestag election: return after decades - mini-party will probably make it into the Bundestag 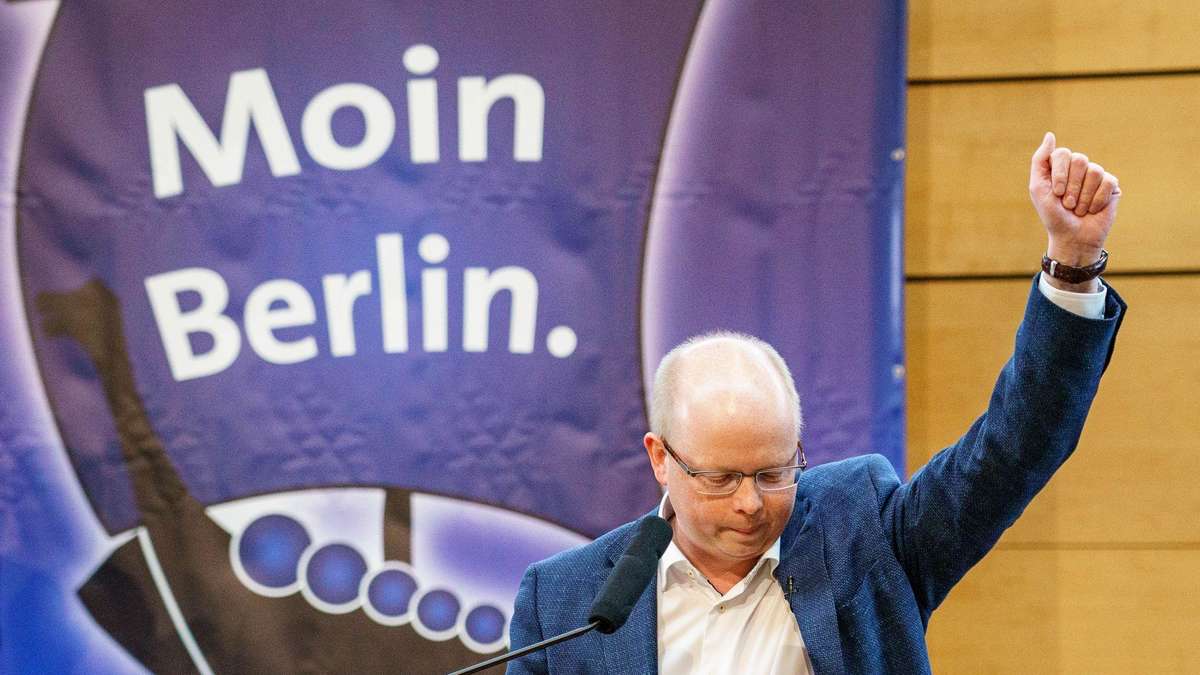