The CDU and CSU have lost massive votes, and the social democrats and the Greens in particular benefit. What the stream of voters looks like - and how different age groups voted: the analysis. 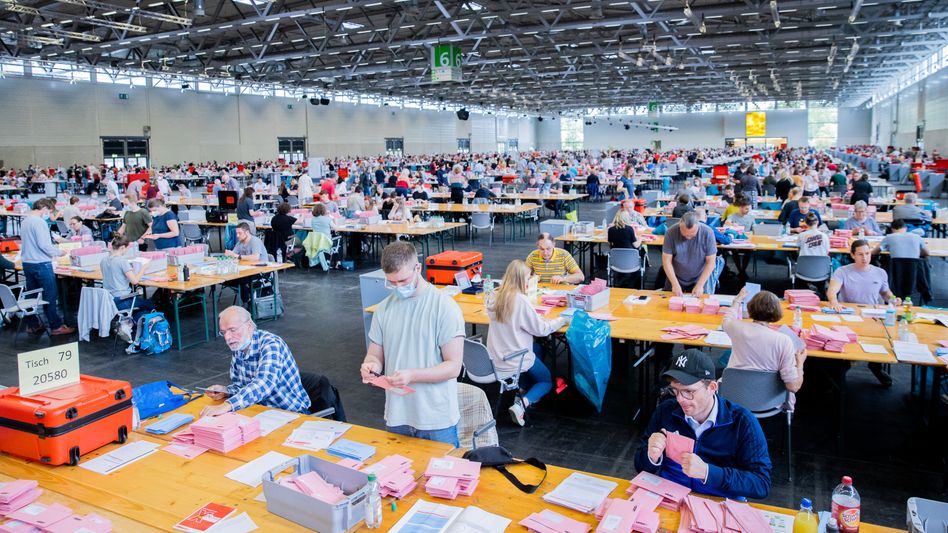 The SPD is celebrating a comeback in the federal elections that, until recently, hardly anyone thought the Social Democrats were capable of.

They see the first projections just before the CDU / CSU.

It is already clear that it will be a challenge to form a new government.

SPD chancellor candidate Olaf Scholz sees the result as an assignment to form a government for him and his social democrats.

But competitor Armin Laschet (CDU) is also claiming the Chancellery for his party - although the Union achieved a historically poor election result and significantly lost it compared to the 2017 vote.

Which voter hikes led to this result?

took around 1.36 million votes from the Union.

This emerges from an analysis of the preliminary voter migration by Infratest dimap for the ARD.

The election research institute calculates them on the basis of its own surveys and official statistics.

The values ​​are a rough estimate of how many voters a party was able to hold compared to the previous election and how many have emigrated or immigrated to and from other parties.

The Social Democrats did not only gain from the Union.

The situation with the

is almost the opposite

In addition, 100,000 former Union voters did not vote in this election.

are the party that has improved the most compared to the election four years ago.

The party around Chancellor candidate Annalena Baerbock took votes from all other parties, most of them from the Union (900,000) and the Left (470,000).

In addition, the Greens were able to convince a quarter of a million former non-voters.

The latter lost to all other parties - with the exception of the Left Party.

The SPD benefited most from the AfD's losses.

in the previous election

did not vote this time.

The Left was the only party that could steal votes from the AfD.

In addition, the left also lost to all other parties.

Young voters vote for the Greens and the FDP

A look at the

shows that the young vote for the FDP and the Greens.

The Liberals convinced most first-time voters (23 percent), the Greens follow closely behind (22 percent).

The Greens also get the best result of all parties among the 25 to 34-year-olds (21 percent).

The Union and SPD, on the other hand, get their best results among older people: The Social Democrats are the strongest force among 60 and 69-year-olds (31 percent), with voters over 70 it is the CDU / CDU (39 percent).

The two parties also get the best result of all parties under 35 to 44 year olds (19 percent each).

The SPD also convinces more 45- to 59-year-olds than the other parties (25 percent);

the Union is just behind in second place in this age group (23 percent).

More women than men vote for the Greens and the SPD, while the opposite is true for AfD and Liberals

A look at voting behavior by

the Greens and the SPD.

It is the other way around with the FDP and the AfD.

In the Union, the proportion of women’s votes slightly outweighs them.

On the left, the gender ratio in the electorate is balanced.

Another analysis shows: The Greens are the strongest force among people with a high

Among people with a low level of education, on the other hand, the party got the second-weakest value with only four percent.

People with a low level of education often chose the SPD and CDU / CSU (32 percent each).

In the AfD, too, this proportion of the vote clearly predominates. 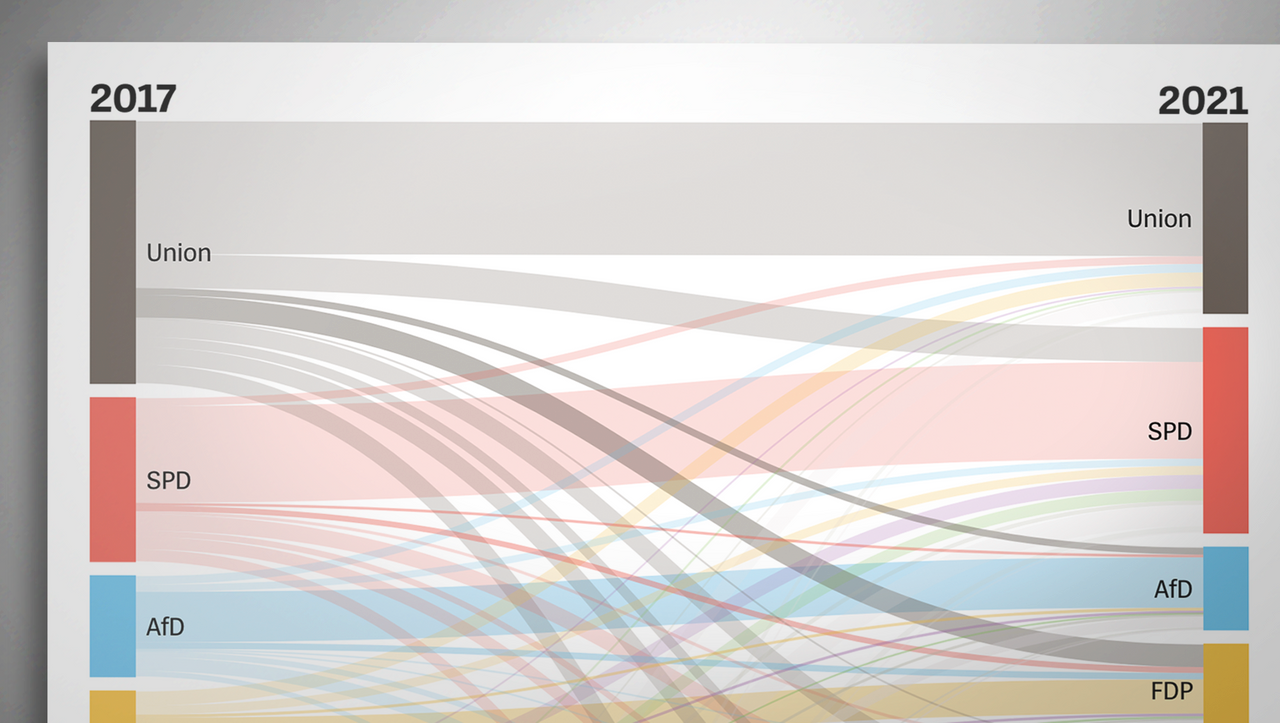 Federal election 2021: Result of the voter migration in detail

Federal election 2021 in the live ticker: The results at a glance