Trees are being cut down, people are being displaced by force: indigenous communities suffer most from the exploitation of the Amazon. Alessandra Korap Munduruku fights against it - and therefore has to constantly change her SIM card. 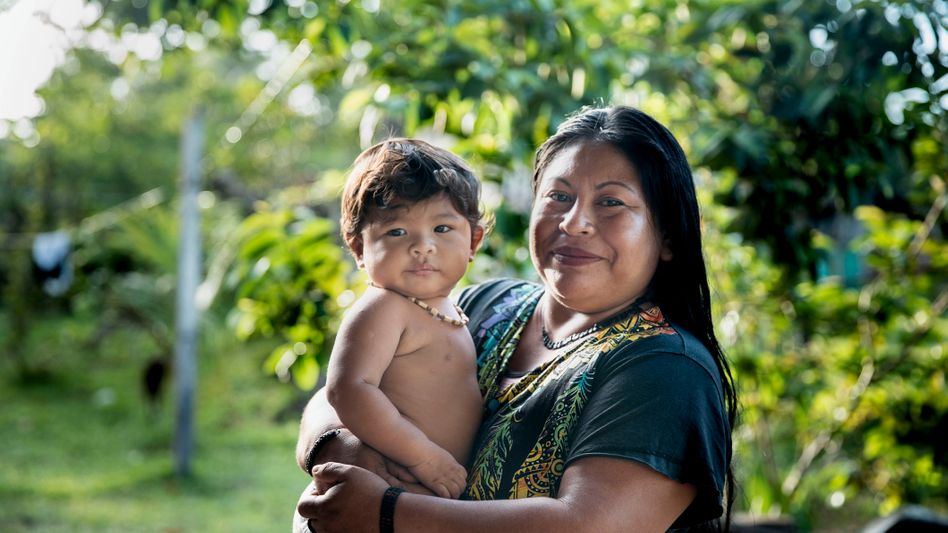 Despite climate change and international criticism, the Brazilian government under President Jair Bolsonaro is increasingly exploiting the Amazon, the world's largest rainforest.

Already now massive forests are being cut down in Brazil for the cultivation of soy and other agricultural products.

From 2019 to 2020, the area cleared annually has increased by 85 percent, as calculated by the state climate institute Inpe.

A new railway line and waterway will now serve to transport goods such as soy and beef from the south more cheaply and more quickly to the ports on the Atlantic, from where they will then be exported abroad.

In an interview, the activist Alessandra Korap Munduruku describes the existential threat to her living space and how the planned »Ferrogrão« railway line and the Tapajós water project will further promote the destruction of the rainforest.

The Munduruku have lived in the Amazon rainforest for centuries.

What is different today than it was ten years ago?

The Amazon region is sick today.

Mercury poisons our rivers, our fish.

This is due to the many illegal gold mines.

In our neighboring village, the Fiocruz Institute initiated an investigation into pollution.

The urine of people who eat fish there turns black.

However, the national health authority does not record our cases.

Not even that we die as a result of the heavy metal.

In addition: The exploitation is increasing.

You can make a lot of money with deforestation.

Yes, in different ways. First with the wood and then with the cleared areas, which in turn are used for growing monocultures. Soy and maize in particular are grown and tons of them are shipped to Europe and Asia. It's all about the money. Corporations are buying up land on the Tapajós River, where we live. They build their silos on the banks, store soy there to ship it to the ports. A lot of energy is needed for transport, new hydropower plants. The waterways have to be expanded for large ships. This in turn creates incentives for mining. When the waterway is expanded and an area is better developed, the miners will invade. This creates a cycle of death for our communities and nature. That is why the conflicts are coming to a head.

What conflicts do you mean?

The Tapajós Water Project, a planned waterway with seven dams and 29 hydropower plants, will destroy life on the Tapajós River.

The dams will dry out one side and flood the other.

The course of the river is to be changed, and the Yamanxim nature reserve is to be made smaller.

So part of our villages would have to go.

The government speaks of resettlement, but means displacement.

It is about competing with us for the recognition of the territories that are under the protection of the constitution.

And if we try to defend our country, we will be attacked.

There have already been arson attacks.

Our villages are being burned down.

Any place that offers resistance will be punished with the most brutal violence.

Your situation has worsened under Brazilian President Jair Bolsonaro.

Bolsonaro is fueling the fight. He initiates legislative initiatives that curtail our rights. His aggressive rhetoric legitimizes threatening us, driving us away, killing us. All leaders who fight back are threatened. I keep changing my SIM card so that I cannot be located over the phone. Otherwise I will get messages telling me that I will be looked after. So far, no government has been good for us. But it is not a specific Bolsonaro problem, but a problem of colonization. We have been fighting this fight for more than 521 years. We hope that someday someone will come who understands us and deviates from this course.

Since 2003, the Brazilian government has been obliged under national law to involve indigenous communities in decisions. Every major project requires free, informed and prior consent. Has anyone asked you?

To build the railroad, you first have to cut a swath through the rainforest. The Ferrogrão would be around 1000 km long. That would affect the territories of 53 different peoples. You'd all have to agree. But neither the national transport company ANTT, which was entrusted with the planning, nor the FUNAI authority, which would have to ensure legal consultation, did not obtain consent. Sometimes it is also portrayed in such a way that in some areas there were not even indigenous communities living, as if the areas were no man's land, as if we did not exist. Everything always looks beautiful and correct on paper. But the reality is: we are not consulted.

According to a report by the Society for Threatened Peoples Switzerland, Deutsche Bank granted loans worth around 1.8 billion euros to the agricultural company Cargill, which wants to participate in the construction of the railway line.

With so much money in

pocket, everything is easy.

It's easy to buy land that is still relatively cheap in the Amazon because you have to cut it down beforehand.

At the moment, all areas near the river are being bought up.

We want banks to stop supporting such death projects.

That they invest in good projects that protect life.

We cannot count on the help of the banks for schools and solar systems.

You have never spent any money on it.

That is a clear contradiction!

You cannot grow soy without polluting indigenous territories at the same time.

If you import things like soy, wood or gold, then you must not forget that you are importing our blood.

Because these products are made with our suffering, with our bodies, with our children.

When you talk about environmental protection, you are talking about us, the indigenous communities.

We are there and defend nature.

For our nature and survival on our planet. 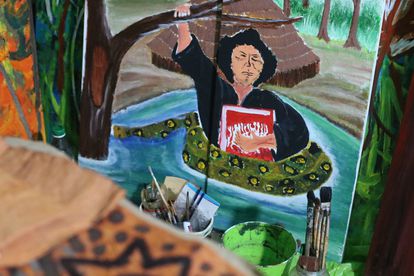 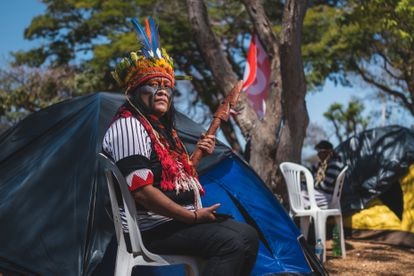 "We are seen as foreigners in our country": the indigenous people of Brazil claim their right to land

Climate Crisis: Indigenous Influencers and Their Chances to Save the World 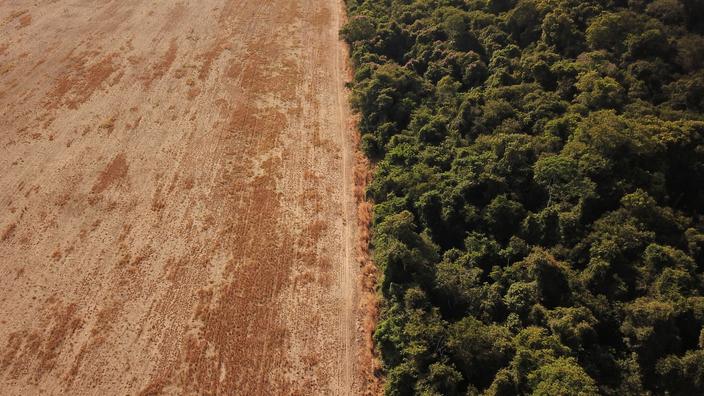 COP26: indigenous peoples plead for the preservation of 80% of the Amazon The extraordinary life of Karapiru 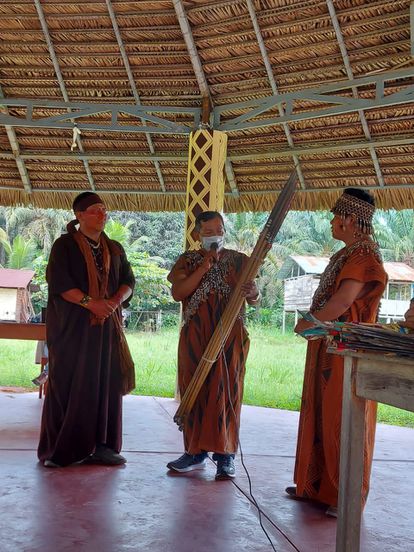 The Kakataibo people's struggle for their territory and their lives Travel with peace of mind︱The DAB Government House petition calls for sending personal QR codes to the elderly to scan the premises
2021-11-30T06:24:28.921Z

InterContinental Grand Stanford Hotel in Tsim Sha Tsui found "suspicious items" that turned out to be false alarms and explained it
2021-11-30T06:24:14.359Z