Popular Christmas markets like in Bad Tölz and Benediktbeuern could actually take place again this year after the Corona break. Whether that will actually be the case will not be decided until the next few days. Popular Christmas markets like in Bad Tölz and Benediktbeuern could actually take place again this year after the Corona break.

Whether that will actually be the case will not be decided until the next few days.

- Not only “Waiting for the Christkind”, but above all “Waiting for Söder” is currently the motto for the organizers of Christmas markets.

In principle, the state government has announced that open-air markets are allowed again this year.

But what is still outstanding are the more precise framework conditions and requirements.

Most organizers in the district are still hesitant.

For many, for example, it would be difficult to check whether visitors have been vaccinated, recovered or tested.

The Marktstrasse in Bad Tölz cannot be cordoned off

No decision has yet been made as to whether the Christmas market will take place in Bad Tölz. Too many questions are currently still unanswered, according to the tourist information: How many stalls are allowed? Can a musical supporting program take place? In addition, it has not yet been clarified how the 3G regulation for market visitors is to be checked, since Marktstrasse cannot be cordoned off. Only when there are specific guidelines can a decision be made as to whether and in what form the Christmas market will be held this year.

In Benediktbeuern, too, it is not yet certain whether the old Bavarian Christmas market will go through, explains Sabine Rauscher, head of the tourist information. The “Die Kochler” association, which organizes the market with normally 40 stalls in its community on the first weekend of Advent, is based on the decision made by Benediktbeuern. "Basically we are in the planning stage, we already have quite a few registrations and are also in the process of voting on what good cause the proceeds will go to," explains chairman Franz Linner. But he also has concerns: Since there is no Christmas market in the Glentleiten Open-Air Museum this year, he assumes that some of the visitors there would orient themselves in the direction of Kochel. “Then it gets a little fuller. And in the middle of the village we have no way of equalizing from the square.“The organizing club is very small. It would be difficult for personnel to control distances, mask requirements or the 3G rule.

The “Magic of Lights” in Lenggries is also still on hold

According to chairman Martina Müller, the advertising association Lenggries is also “on hold” and is putting the “magic lights” on its feet.

“We fluctuate: shall we do it or shall we not do it,” she says on request.

As soon as the state government announces the exact conditions this week, they will be smarter.

Lead time is then still enough.

As a rule, you always start organizing around the middle of October.

It looks completely different in Bad Heilbrunn. According to the current status, the Christmas market at Gasthaus Ramsau is to open there. It is scheduled for Saturday, December 11th, from 4pm to 9pm and Sunday, December 12th, from 11am to 7pm. “How exactly the market will take place has not yet been clarified,” explains Sebastian Mertens, chairman of the organizing association “Aktive Bad Heilbrunner”. So far it is unclear, among other things, whether the market may be held both outdoors and indoors. The number of booths has not yet been determined either and will depend on the commitments made by the booth owners. “Nobody knows yet which regulations will apply on the days,” explains Mertens. For this reason, the exact procedure can only be decided "at short notice and depending on the current circumstances". Mertens would prefer, however,if the Christmas market could take place on the same scale as in previous years.

3G is easy to control in Ramsau: only one entrance to the Christmas market

According to Mertens, any checks to ensure compliance with the 3G rule are easy to implement in the Ramsau case, as there is only one entrance to the Christmas market.

In addition, there is the possibility of straightening the stands if the distances cannot be maintained.

People in Wolfratshausen are apparently also confident: "Given the current state of the pandemic, we will have a Christmas market again this year from Friday, November 26th to Sunday, November 28th, 2021", can be read on the city's website .

Since some stands are still free, interested parties are invited to register.

By Franziska Selter and Andreas Steppan 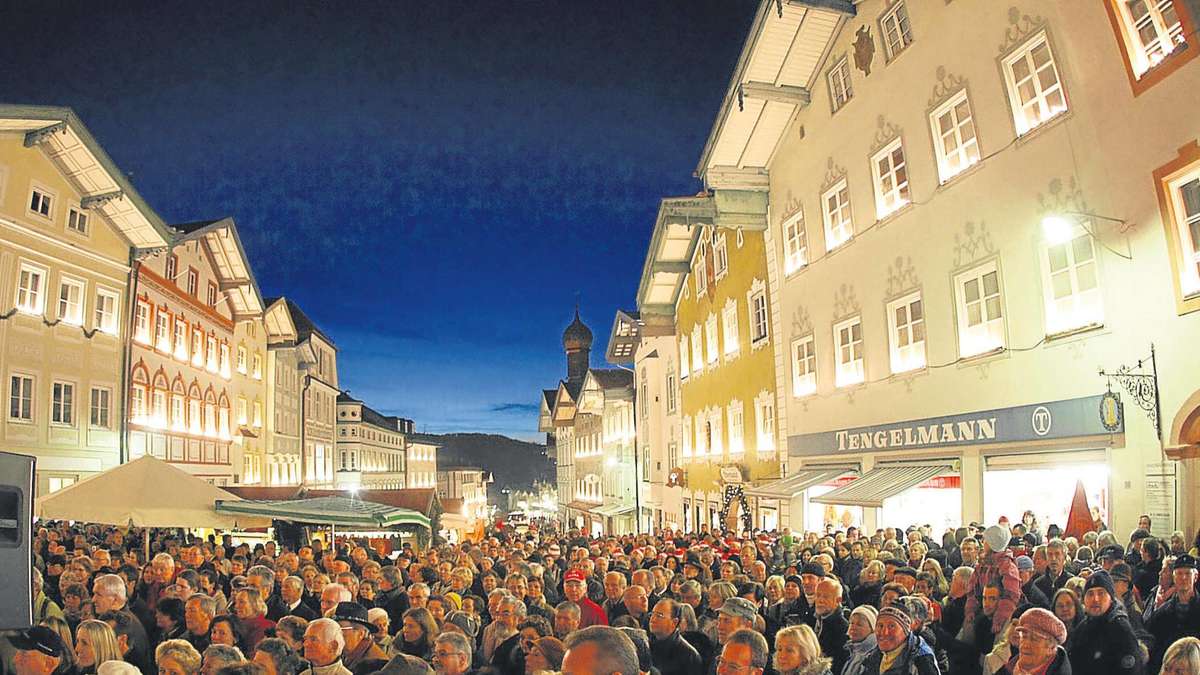 Christmas markets in Bremen and Hanover with Corona requirements