Boris Palmer (Greens) has been Lord Mayor of Tübingen for 14 years. But the board of the Greens is now looking for a suitable competitor for the controversial politician. Boris Palmer (Greens) has been Lord Mayor of Tübingen for 14 years.

But the board of the Greens is now looking for a suitable competitor for the controversial politician.

Tübingen - Boris Palmer has been Lord Mayor of the university city of Tübingen since 2007.

Whether he wants to run in the next elections in 2022 is still open.

It is clear that the Greens are already looking for an alternative.

The Greens are looking for a suitable candidate to represent them in the mayoral election in Tübingen next year. A nomination event like in the last two elections should no longer take place. "There is at least one person who wants to compete against Boris Palmer," said Marc Mausch from the city council on Monday, as reported by the German press agency. On Wednesday next week (October 20th) the next steps will be decided in a general meeting. Mausch assumes that the meeting will vote for a primary election.

The application phase then runs until February 28, the candidates would introduce themselves in March.

Who will run for the Greens in autumn 2022 would then be determined in a primary election in April.

The 460 members of the Tübingen city council should decide which candidate should enter the race for the post of Lord Mayor in Tübingen.

When asked, Boris Palmer initially did not want to comment on the topic.

He said that he wanted to wait for the membership vote next Wednesday.

Palmer left it open whether he even wanted to run again for the OB election in autumn 2022.

When asked about it

Exclusion from the party against Boris Palmer for racism

A party expulsion process is currently underway against the Green politician Boris Palmer. A three-quarters majority voted at a state party conference in May to kick Palmer out of the party. Experts estimate that the process could take up to six months. The Lord Mayor of Tübingen is known for his controversial statements. In May, Palmer went too far in a Facebook post. He described the former German national player Dennis Aogo with a racist term. Palmer provided "staged taboo breaks" for a polarization of the public debate, criticized Green country chief Oliver Hildenbrand at the time.

This was followed by at least three criminal charges against Palmer for sedition and insult. Palmer himself said that the statement was meant "ironically", but admitted to the

a: "I would have put the cell phone away better than typed in the 65 characters." After a thorough investigation, the criminal investigation was stopped by the Tübingen public prosecutor.

Political consequences could still be imminent for Palmer with the exclusion from the party.

A party spokeswoman for the Green Party in Baden-Württemberg announced on Monday that the state board was currently preparing the application to the competent arbitration tribunal.

"The preparations are complex and time-consuming, but we assume that we can complete them within the next few weeks," said the spokeswoman for the The Greens decide on the Tübingen Plan - Palmer is still “considering” 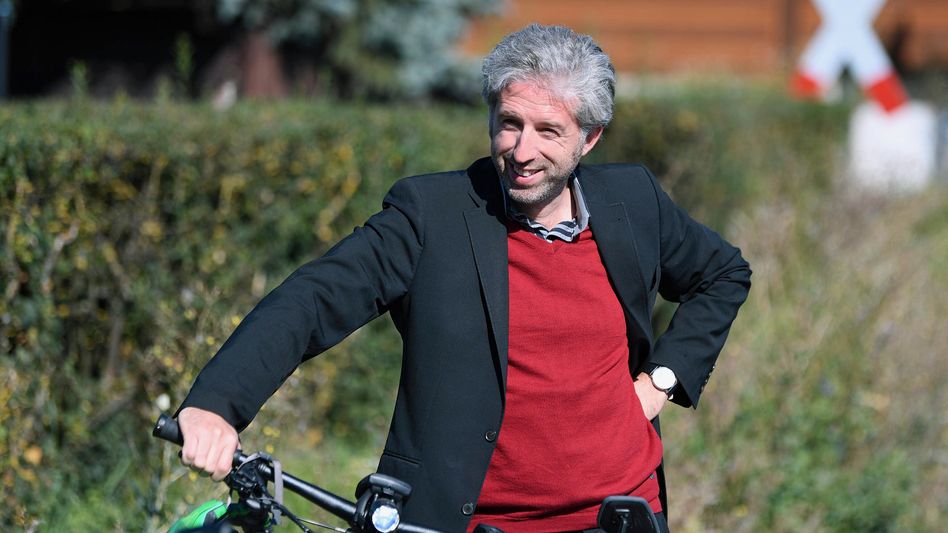 Green party expulsion for Palmer? Tübingen-OB is now going on the offensive “Risk greater than infection”: Palmer does not want his children to be vaccinated against corona