Corona test compulsory for many employees? Ministerial summit dismisses plan - and then does not come to an agreement

Corona summit - the word awakens unpleasant memories. The German health ministers have now also not agreed on the subject of mandatory testing. The German health ministers have now also not agreed on the subject of mandatory testing.

Berlin - Is there a corona test obligation for workers with public contact in Germany?

After a small summit on the topic, the answer is for the time being: yes and no.

The federal and state governments could not rely on a uniform approach.

Even after the federal election *, the corona rules in the country remain partially confusing.

The conference of health ministers only decided in its switching conference on Monday that Paragraph 28 of the Infection Protection Act was a suitable legal basis for this.

"On this legal basis, a test submission obligation for employees with direct customer contact can be issued by state law," says the unanimous decision from which the dpa quoted on Monday afternoon.

There was very clear criticism for this at the Robert Koch Institute.

Corona: Obligation to test in some companies remains a controversial topic - ministers cash in on Kretschmann's initiative

In the original draft on the subject of tests it was still said: “The federal states agree that the 3G verification requirement, which is now regulated in many federal states, is a prerequisite for access to companies, facilities or other offers with direct customer contact, not only for customers and visitors and visitors or other external persons, but also for employees. ”According to information from the dpa, the draft text submitted by Baden-Württemberg was withdrawn shortly before the start of the conference.

With a "fundamentally uniform procedure" throughout Germany, a discrepancy in the test regulations for employees in professional activities with direct customer contact should be avoided as far as possible, according to the original draft.

To this end, all countries that have not yet issued any regulations should implement them in their Corona regulations as soon as possible.

Since Monday, corona tests are no longer free per se *.

However, employees are entitled to tests from their employers.

In the Corona ordinances of the federal states, there are in fact different concrete regulations on the obligation to test for employees in companies. In Berlin, for example, employees “who have physical contact with customers or other third parties” and employees “who work as functional personnel with public contact at events” are required to take tests if they have not been vaccinated or have recovered.

In Baden-Württemberg, employees who have "direct contact with external people" have to be tested if the corona situation worsens and certain treatment numbers in the clinics are exceeded.

In Saxony, the obligation to test for employees is linked to an incidence value of 35.

If it is exceeded, "employees and self-employed people with direct customer contact are obliged to provide evidence of a test twice a week".

In Bavaria, too, there are already corresponding regulations in some professional fields, for example in the case of educators.

The ministers are dissatisfied with the data collected by the RKI on corona vaccinations. "We need clarity and truth in the question of data," said the chairman of the conference of health ministers, Bavaria's head of department Klaus Holetschek (CSU), after discussions with his country colleagues on Monday. There must be “clear changes” on this point.

The RKI admitted last week that the number of vaccinated people in Germany had been reported too low for a long time *.

"We have to determine how the data get into the system and what deficits are where," said Holetschek.

One lesson from the pandemic is that “we have not been very successful with the data base so far and we urgently need to improve”.

RKI boss Lothar Wieler is to be invited to the next health ministerial conference.

This was criticized on Monday outside of the ministerial round *. Corona test compulsory for many employees? Ministerial summit dismisses plan - and then does not come to an agreement The obligation to work from home ends on July 1st - do I have to go back to the office now? 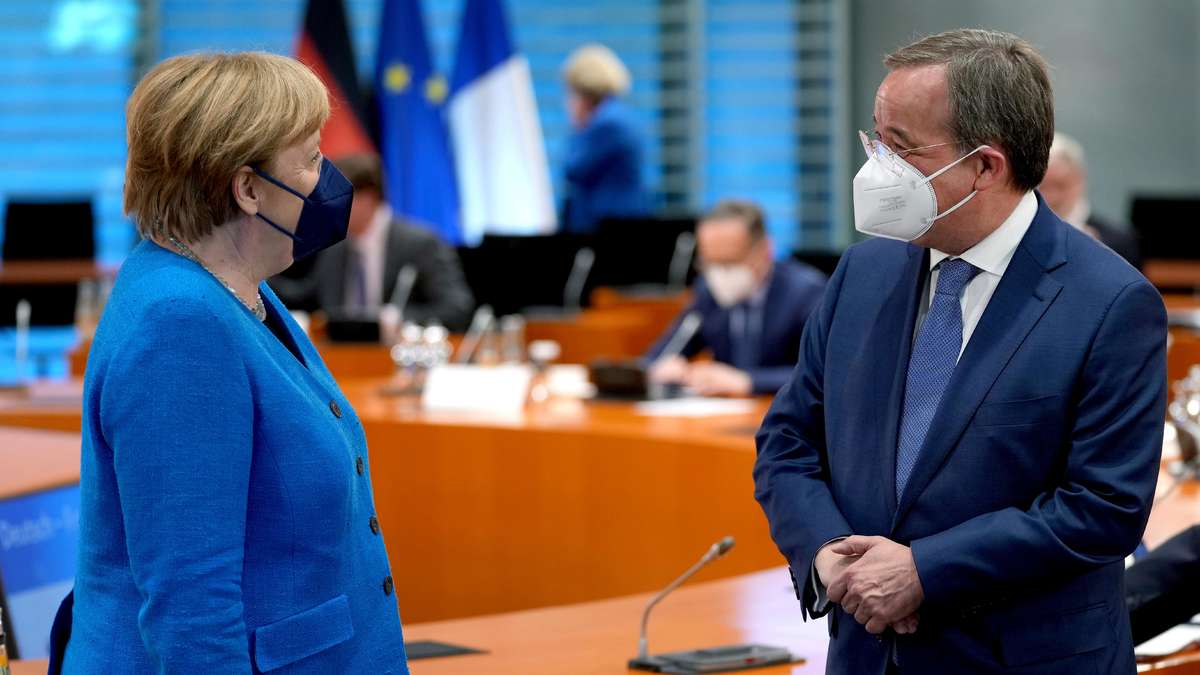 Compulsory vaccination for everyone or "endless loop"? Söder kicks off the sensitive corona debate - despite Spahn warning Workplace, schools, restaurants and public transport: These are the new Corona rules in Germany