After receiving backing from his party's chairman during the day in an affair that was first exposed on 103FM, a second testimony was published in News 13, of an officer who served under Stern while he was commander in HD 1: "I had to retire because of him"

Former officer in new testimony against Stern: "I complained - and he said 'OK, nonsense'"

After receiving backing from his party's chairman during the day in an affair that was first exposed on 103FM, a second testimony was published in News 13, of an officer who served under Stern while he was commander in HD 1: "I had to retire because of him"

After receiving the backing of his party chairman Yair Lapid in an affair first revealed on 103FM, News 13 published another testimony tonight (Monday), the second in a row, of an officer who served under Elazar Stern while serving as commander in the 1st Infantry Division. The former officer claimed that Stern Ignored her complaint of sexual harassment and other female soldiers.

"He said 'nonsense, nothing, okay I'll check. I was hoping he would check but I knew not. When I tried to find out he dodged. At the base there was an atmosphere of harassment. Officers were touching. They started harassing me, I had to retire."

Yesterday, the chairman of his Yesh Atid party, Yair Lapid, backed Stern's claim that he had made anonymous complaints, but not those concerning sexual harassment. Most of the other coalition members remain silent.

"Yesh Atid is a party where there is zero tolerance and zero support for sexual harassment." Lapid clarified following Stern's interview on 103FM. "We believe that women should be protected and allowed to complain in any way they see fit. If Stern had said he was grumbling about sexual harassment, we would have said goodbye to him later that day. He did not say it, and he did not believe it. "Unusually, bad future decided to close the faction meeting in the media today.

With regard to the testimony of soldier that Stern had threatened her not to continue her complaint in 1995 when it was under his command at Training Base 1, published in the program "The pipeline," Lapid said, "has a future calling on the IDF authorities to quickly investigate matters to allow General Stern to defend his good name."

Mish Atid said in a statement that Stern stressed to Lapid that "he never filed a single complaint of sexual harassment. Any complaint of harassment that reached his desk was immediately dealt with with extreme severity.

The storm erupted yesterday after the intelligence minister admitted in an interview with 103FM that he ignored anonymous complaints about sexual offenses during his time as head of the IDF's manpower division. "The shredder worked very fast," he said, and replied "yes.

Unequivocally, "when asked again if he had received complaints that reached him. He said these things in reference to the anonymous letter against the designated GSS chief, R.

The height of the flames increased with the publication of the testimony in the pipe.

In a program that aired last night, an anonymous female soldier said that during her military service she complained about sexual harassment - and Stern threatened to stop her, in a joint conversation with the counter who she said had harmed her.

"If you talk about what was here in the room or what the opponent tried to do to you, your days in the army will be black and bitter. You will have the worst in the world," he warned. 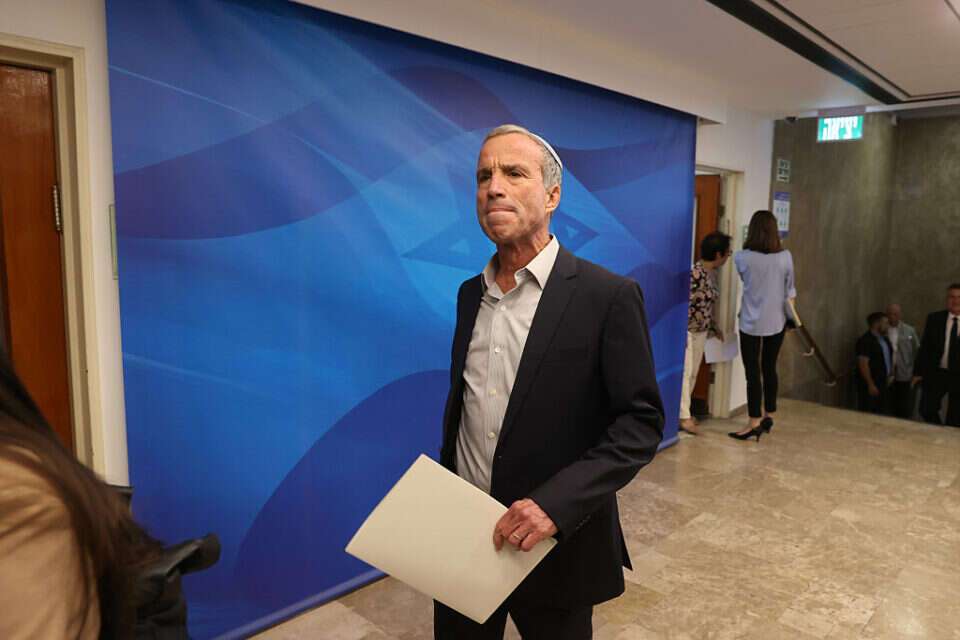 The election for the presidency of the Jewish Agency will be postponed for a month, the government will have time to present a new candidate - Walla! news

Yaakov Perry: Lapid does not act decisively against Stern - because of the fragility of the coalition - Walla! news

Luo Huining proposes to improve the system of chief executive to the central government Liu Zhaojia: Strengthen the supervision and removal of Hong Kong officials
2021-12-05T08:16:18.630Z