In Berlin, explorations begin in three-way formats. Two parties should be set for a new government. Two more hope.

Two parties should be set for a new government.

Berlin - The Green top candidate in the election for the Berlin House of Representatives, Bettina Jarasch, has again campaigned for a continuation of the red-green-red coalition before new exploratory talks with the SPD as well as with the FDP and the left.

"As a party, we are very much in agreement that we want to continue the coalition with the SPD and the Left, because we believe that this is the best way to tackle the great challenges," Jarasch told the "Berliner Morgenpost" (Monday).

She expressed skepticism about the SPD's considerations, possibly trying to form a three-party coalition with the Greens and the FDP.

"We have achieved a lot in recent years, and I would like to build on it." What is needed is "a clear prioritization of investments in climate protection and the transport transition," despite the tense budget situation due to Corona.

“That must be the task of all departments.

During the election campaign, the FDP was more of a counter-proposal. "

You consider a rapprochement of your party to the FDP "a long way", so Jarasch.

"At this point I would like to clearly contradict the FDP's repeated misconception that an innovative economic policy requires the coalition partners to be changed."

CDU boss Kai Wegner, whose party is out of the government formation for the time being, accused the SPD of “power games”. "I find it difficult if you now sound out on the one hand with the left and on the other hand with the FDP," he told the "Tagesspiegel" (Monday). "Both parties are completely contradictory in terms of content, but are you exploring with both open-ended questions?" The SPD is probably not concerned with the content. “It's about pure party tactics and power games. And unfortunately not about what is good for Berliners and for our city. "

Wegner underlined that the SPD and CDU had worked out a lot in common in their bilateral exploratory talks. "We were surprised that the SPD's election manifesto has a lot in common with ours," he said. “A lot would have been possible. That is why we were in favor of a Germany coalition with the SPD and FDP. ”There has recently been a lot of dispute between the SPD and the Greens during the legislative period. "I don't know how things should get better between the two parties now."

Giffey had announced that he would complete the explorations by mid-October and then begin coalition negotiations - that is, the parties only have this week for the preliminary talks. The political scientist Stephan Bröchler was skeptical that an agreement in a few days would be realistic: Because it is about a directional decision and very different policy drafts.

“Can you do that within a week? It's a Herculean task, and I'm curious to see whether it will succeed, ”said Bröchler, who teaches at the Berlin School of Economics and Law (HWR), of the German Press Agency. "What is not enough, at least, is tolerance within the government," he said. "There must be common programmatic overlaps, there must be an agreement on the content, and the parties must keep their core identity."

But Bröchler is also skeptical in other respects: It is unusual that Giffey wants to negotiate with two groups of three, but on the other hand mentions a preference for one of them.

“We would have expected open negotiations with the FDP and the Left.

Of course, it gave one party a clear advantage and showed it to the Greens that that is what we want and that we are the stronger party, ”explained the political scientist.

From the point of view of CDU top candidate Kai Wegner, there is a great deal of overlap between his party and the SPD.

He thinks that SPD front woman Giffey should draw conclusions from this before the House of Representatives election with a view to potential coalition partners.

Kai Wegner would like to become the governing mayor.

If that doesn't work, he'll definitely go to the House of Representatives, as the CDU top candidate assures.

Maybe there is more in it.

After the Berlin election, the ball is in the hands of the SPD

In the House of Representatives election, the SPD became the strongest party after a neck-and-neck race with the Greens.

The question now arises who will rule with whom in the capital in the future.

After the Berlin election, the ball is in the hands of the SPD

“This is a conflict-laden path that she has taken.” Even within the SPD, several not entirely unimportant voices such as the Jusos, but also the Bundestag member Kevin Kühnert, had spoken out in favor of red-green-red.

"It will certainly not be easy to pull this line through." Dpa

FDP boss: Greens have prevailed in the explorations

Giffey is initiating negotiations on red-green-red in Berlin

SPD, Greens and Left in Berlin before coalition talks 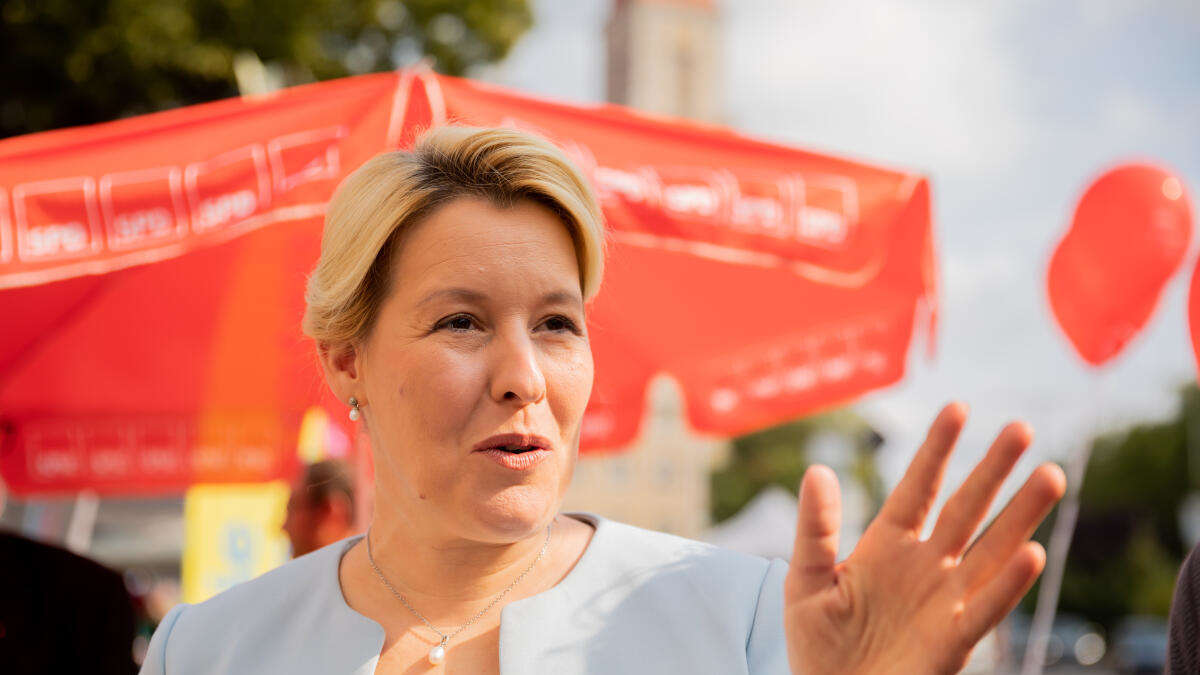