The CDU / CSU has never been worse in an Insa survey. After the debacle in the federal elections, the Union is on the decline. The CDU / CSU has never been worse in an Insa survey.

After the debacle in the federal elections, the Union is on the decline.

Berlin - While the CDU / CSU threatens to go into the opposition, the SPD could again appoint the Federal Chancellor after 16 years of the Merkel era.

The Union in the deep fall and the SPD in the high.

This is how the current political situation in Germany can be broken down in a striking way.

Even if the two (still) governing parties were only 1.6 percentage points apart in the federal election.

In a recent poll two weeks after the election, the gap is significantly greater.

Poll after the federal election: Union historically bad, SPD as good as it has not for four years

In a survey by the opinion research institute Insa, the SPD comes to 28.5 percent.

That means the highest value in an Insa survey since May 2017. The CDU / CSU slips in the

meanwhile to a historically poor 19.5 percent.

The Union has never been so low.

In third place in favor of the voters, the Greens follow with 16 percent, ahead of the FDP with 14.5.

Both parties have improved compared to the result in the Bundestag election.

The AfD achieved 11 percent in the survey, the left came up with a disappointing 4 percent (other: 6.5 percent).

Bundestag election: "Survey speaks in favor of a government mandate from the traffic light parties"

The survey falls within the period of the first explorations. The SPD, Greens and FDP are currently exploring a joint coalition. Outwardly, the parties are very harmonious, although there are, of course, considerable differences in some cases. Nonetheless, the trio seems to benefit from electoral favor. Insa boss Hermann Binkert sums up: “The Union falls nine points behind the SPD. A traffic light alliance is currently nine points ahead of a Jamaica coalition. This mood speaks in favor of a government mandate from the traffic light parties. "

Meanwhile, the Union seems to be more concerned with itself.

On Monday, General Secretary Paul Ziemiak announced that the entire CDU federal board would be re-elected at a party congress this year.

The CDU wants to involve the grassroots and find a consensus team with the help of (still) party leader Armin Laschet.

The timetable is set, but the concrete procedure is still open. 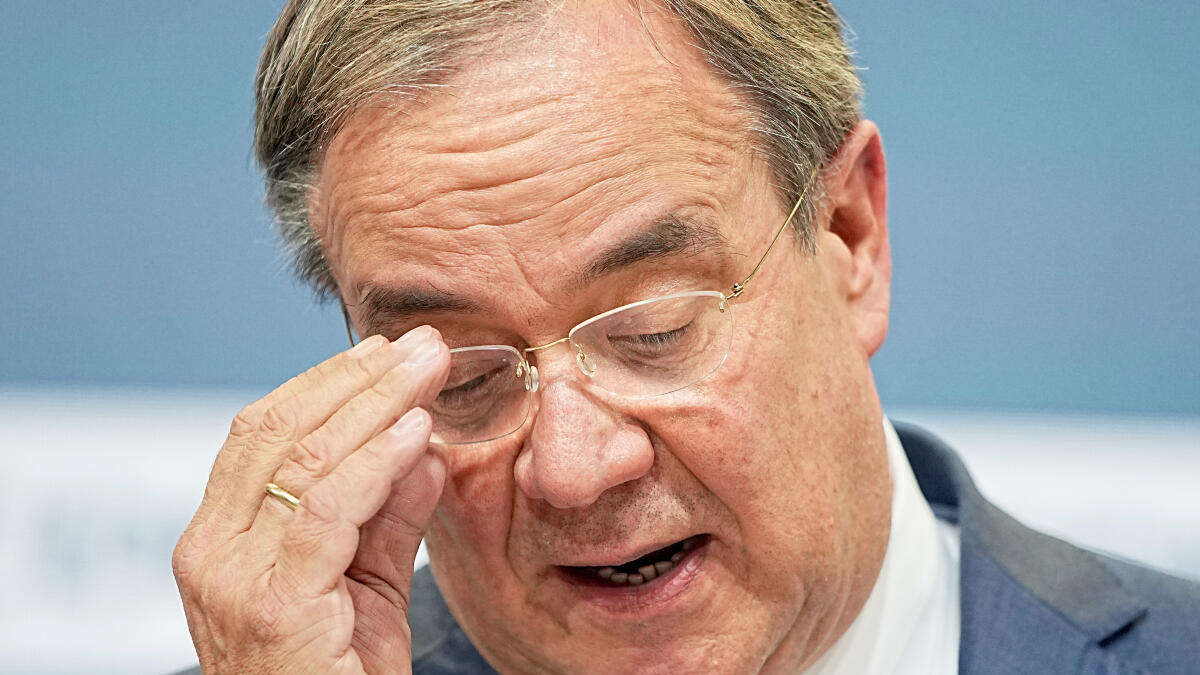 Survey vortex: SPD before Union for the first time! Laschet's parties are slipping to an all-time low Survey bang shortly before the election: Laschets Union at a historic low - and only ranked 2

Survey bang shortly before the election: Laschets Union at a historic low - and only ranked 2