Who will succeed Laschet? Amthor and Kuban want the CDU base to participate in the election of the party leadership

The CDU presidium wants to discuss the reorganization of the party after Laschet - now the party youth is rebelling. A group around Philipp Amthor is calling for a membership decision on the new party leadership. 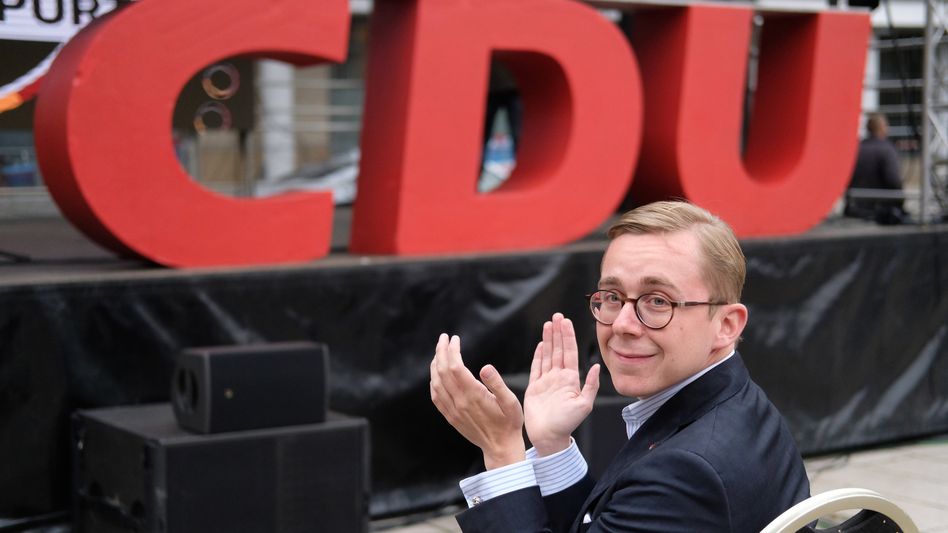 Once the hope for the next generation: CDU MP Philipp Amthor

After its electoral defeat, the CDU is still busy shaping the future of the party.

In the morning, the Presidium met in Berlin to discuss the personnel and content reorganization after the election defeat.

Party leader Armin Laschet had announced that he would explain his ideas for a special party congress to initiate the renewal of the party.

Now a group of young politicians from the CDU has called for a membership decision for Laschet's successor.

At the same time, she urges that the personnel realignment be used for a generation change.

"Only if the CDU gives the next generation a chance will we have a future as a people's party," wrote the group in an article for "Welt am Sonntag".

"Even at the top of the federal government, the party must now show the courage to venture out with fresh faces."

The CDU must "get out of the old way of thinking", according to the group, which includes the Junge Union boss Tilman Kuban, the Bundestag member Philipp Amthor and the CDU board members Wiebke Winter (25) and Anna Kreye (27).

The party's great strength lies in its more than 400,000 members.

“They must be the starting point and reference point for our renewal process.” Most candidates for elections would already be put up by the members without any problems.

"In this respect, it would be only logical and natural that our party base would also decide on the most important party offices in such a procedure."

Now is the time "for pure spelling of CDU," write the authors.

"We want to break new ground with a member reform party conference at which our party base defines and realigns the compass of content." This sometimes also requires "courage to polarize instead of fear of controversy."

It is not up to those who are responsible for the current situation to choose a new chairman.

The Saxon Prime Minister Michael Kretschmer (CDU) also called for the re-election of all leadership positions in the federal CDU - i.e. the entire party presidency and the federal executive committee - immediately before the start of the presidium meeting.

That must happen this year.

The basis must also be involved - whether in the form of a member's decision or in another way, Kretschmer left open.

Do not "push aside" the base

It is "not a burden that the party base is involved, but from my point of view a matter of course," said Kretschmer.

"Nobody should give the impression that the party base could now be pushed aside." With that, Kretschmer stepped away from Bundestag President Wolfgang Schäuble (CDU), who had spoken out in favor of leaving the personnel decisions to a party congress.

CDU fresh start: Get out of the back rooms! A comment by Veit Medick

Last week, Laschet himself spoke out in favor of involving the grassroots more closely in the reorganization of the CDU - but he also left it open as to which way.

The CDU / CSU fell to 24.1 percent in the federal election, while the SPD became the strongest force with 25.7 percent.

CDU boss Armin Laschet announced on Thursday that he would submit a proposal to the party's top executive bodies on Monday for a new line-up.

Who will succeed Laschet? Amthor and Kuban want the CDU base to participate in the election of the party leadership 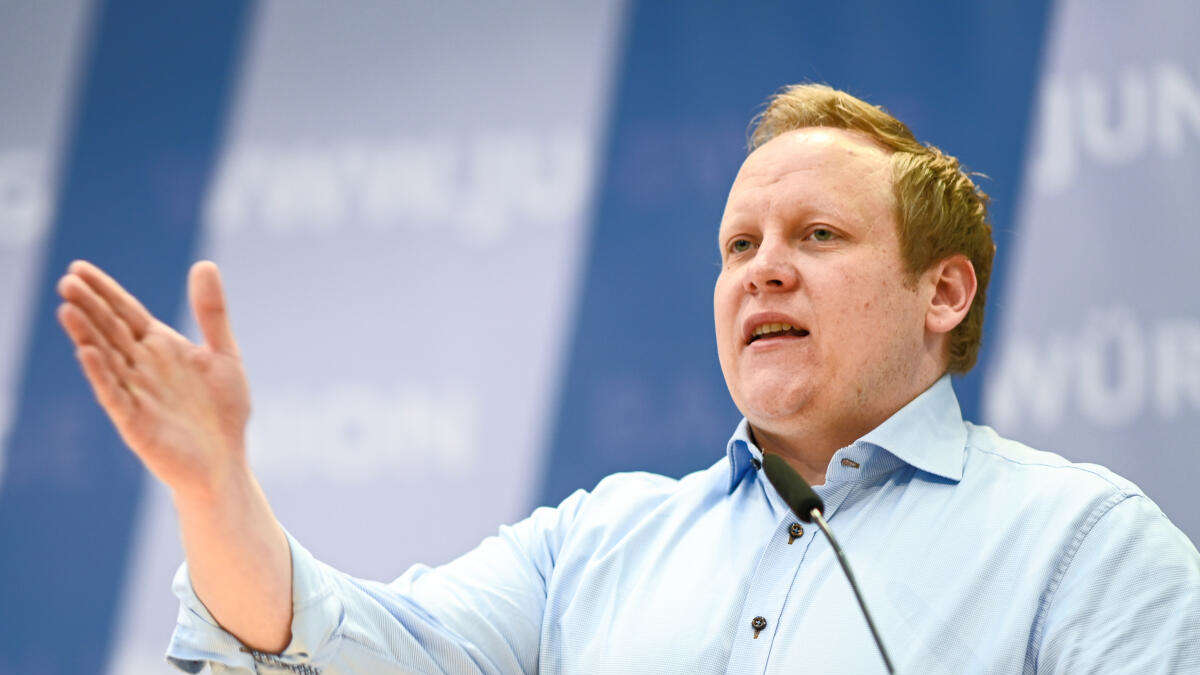 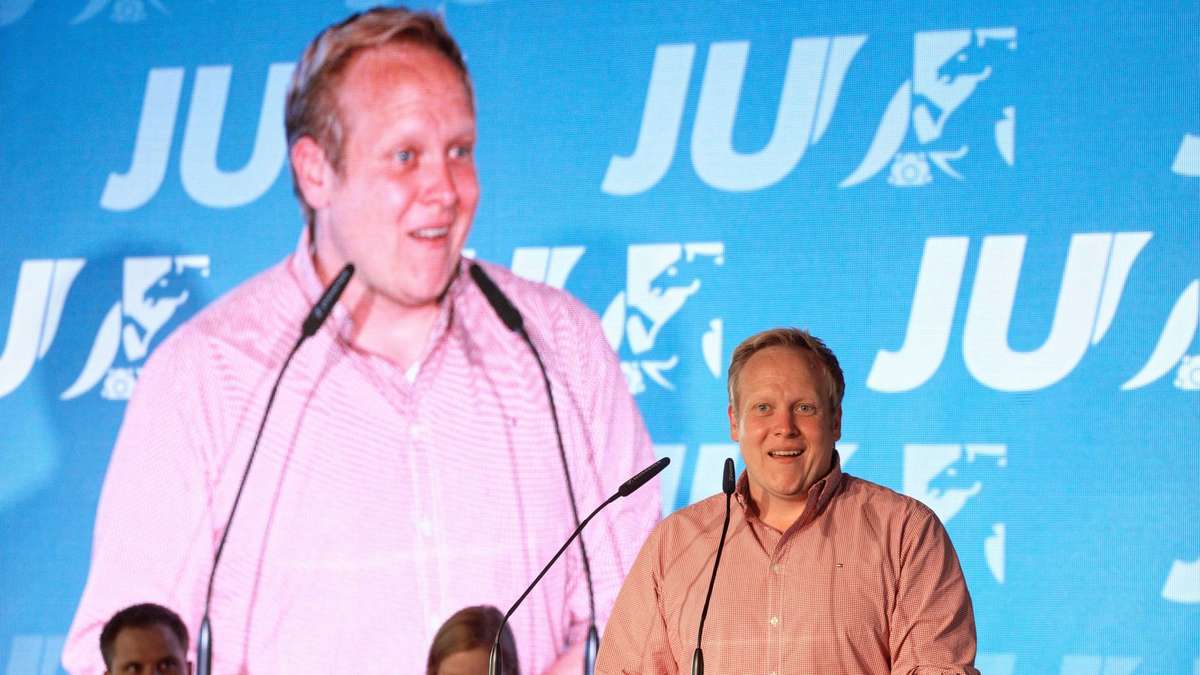 Germany Day: Struggle for the reorganization of the CDU / CSU Laschet at JU: Merz sees Union as a restructuring case 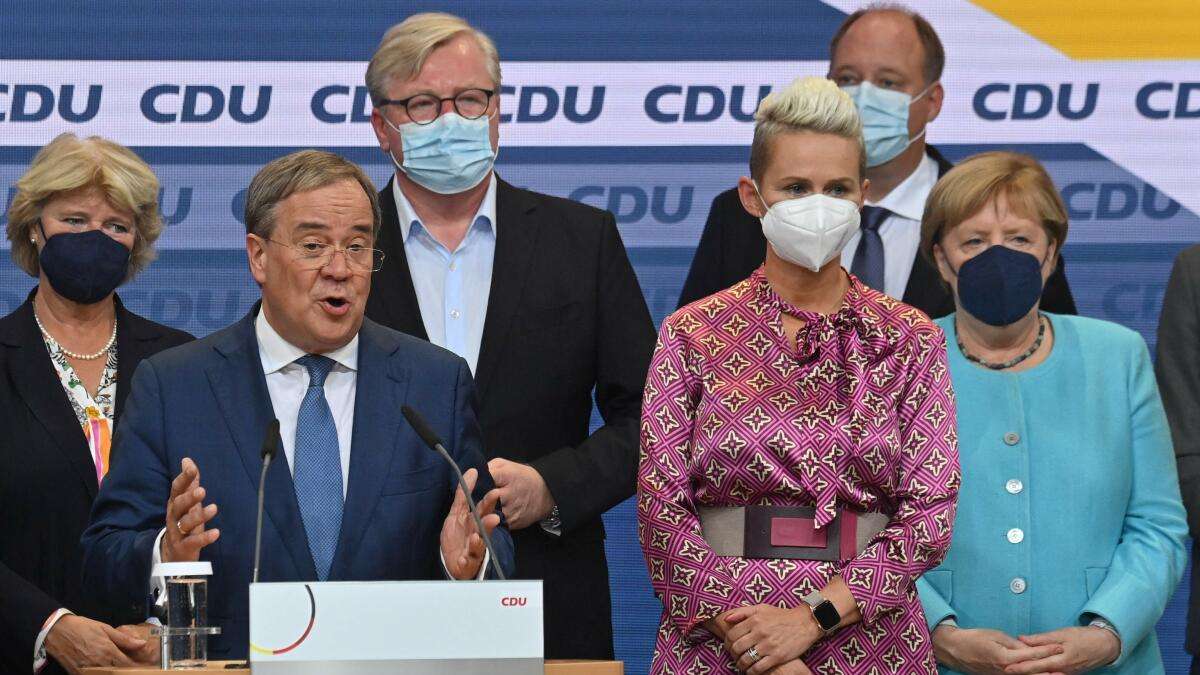