The defendant has already made a confession, which means that the child abuse trial will end earlier than planned. The verdict against a 39-year-old is expected before the Baden-Baden regional court.

The defendant has already made a confession, which means that the child abuse trial will end earlier than planned.

The verdict against a 39-year-old is expected before the Baden-Baden regional court.

Baden-Baden - The judgment against an ex-educator accused of child abuse is due before the Baden-Baden Regional Court today (11.30 am).

The 39-year-old, who also worked as an animator and teacher, is said to have sexually abused children between the ages of 9 and 15 years.

He also showed them pornographic videos, according to the charges.

The crimes he was charged with occurred in 2018 and 2019. He had confessed at the start of the trial.

Judgment on rape against Ali B. final

The verdict for rape of an eleven-year-old against the murderer of the Mainz schoolgirl Susanna is final.

The Federal Court of Justice (BGH) had rejected the appeals by Ali B. and another defendant against the decision of the Wiesbaden Regional Court of October 2019 as unfounded, said a regional court spokesman on Monday.

The “Allgemeine Zeitung” in Mainz had previously reported on the decision of the Karlsruhe court.

Judgment on rape against Ali B. final

Defendant is silent on allegations in murder trial

A defendant is silent on the allegations in a new murder trial in Koblenz.

According to his defense lawyer, the 23-year-old commented on his résumé, but not on the matter, said a spokeswoman for the regional court at the start of the trial on Thursday.

The charge is murder.

The man was sentenced to 11 years in prison for manslaughter here in May 2020.

Defendant is silent on allegations in murder trial

Two women die in agony with plastic bags pulled over their heads.

The verdict has now been pronounced for perpetrators driven by increasingly drastic sex fantasies.

The public prosecutor's office had asked for a three-year and four-month prison term.

The man's defense attorney pleaded for a suspended sentence without specifying a specific sentence.

The proceedings started in autumn 2018 after a father reported a complaint.

The defendant was also accused of violating the Narcotics Act after the police found marijuana in his apartment.

The 39-year-old has a relevant criminal record. 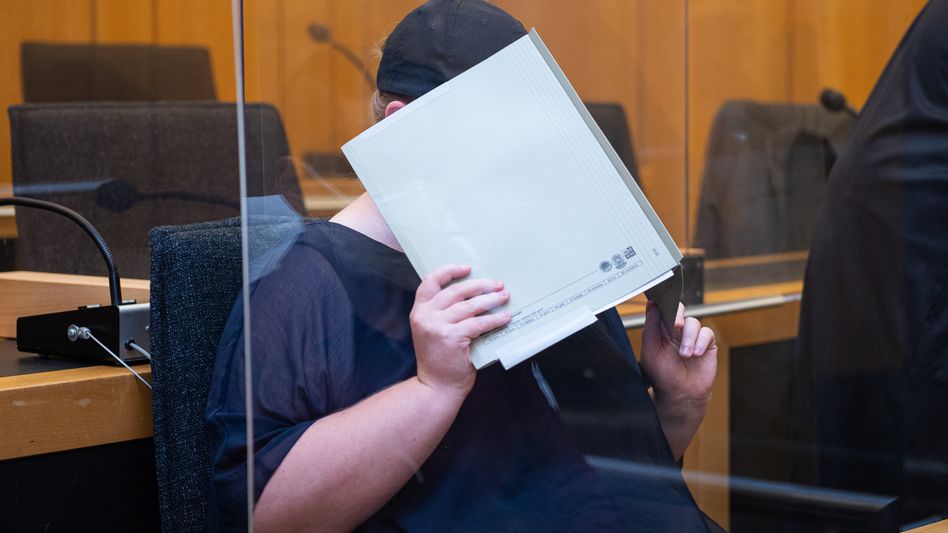