Memmingen - In the year 2025 it will be the 500th anniversary of the writing of the "12 farmer's articles" 1525 in Memmingen. For this event, the city administration and the Evangelical Lutheran Church in Bavaria have set up a project office to celebrate this memorable anniversary with a few actions and to celebrate it appropriately in four years' time. 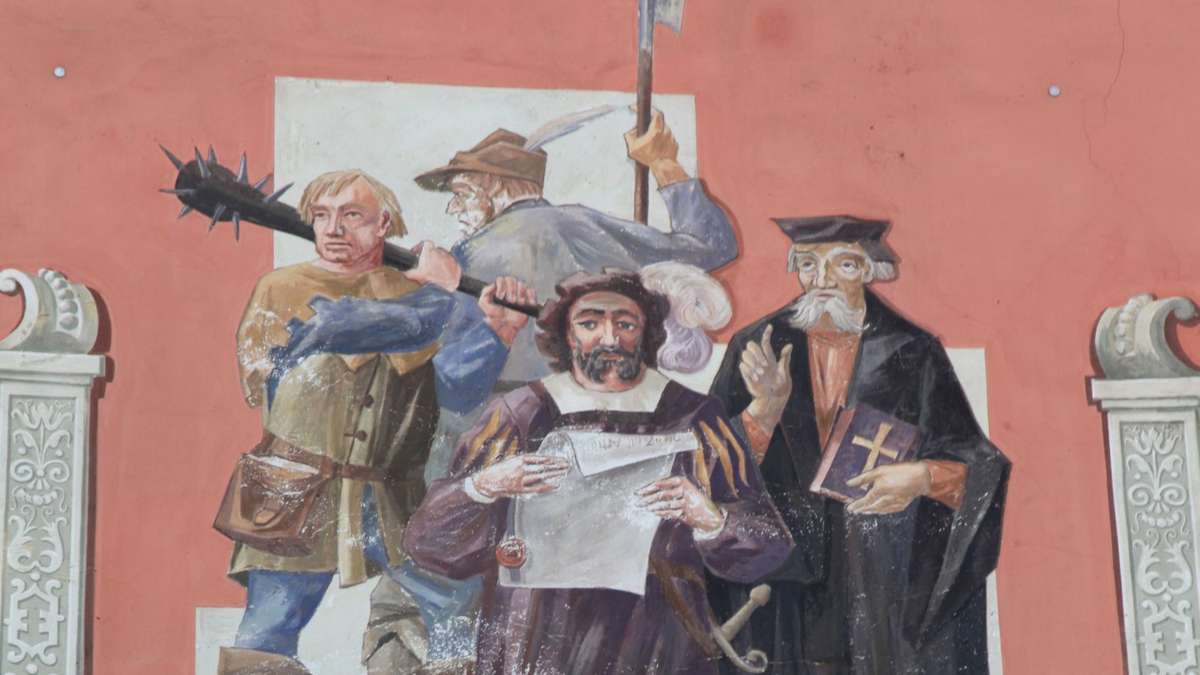 For this event, the city administration and the Evangelical Lutheran Church in Bavaria have set up a project office to celebrate this memorable anniversary with a few actions and to celebrate it appropriately in four years' time.

Hans-Martin Steiger and the project participants invited to a press conference in the town hall.

In four years it will be exactly 500 years ago that around 50 representatives of the peasantry in the parlor of the Kramer guild raised their liberties vis-à-vis the Swabian Federation with the Memmingen Manifesto, which consists of twelve articles. These demands were based on Christian principles as described in the gospel. In the 12 articles, for example, they denounced aristocratic coercion and violence - the Swabian princes oppressed the rural population through serfdom, arbitrariness and expropriation. The Memmingen farmers cited Christian principles in their articles - they demand Christian charity, the abolition of serfdom, the renunciation of violence and local self-government.

In the first article, the farmers demand that every congregation be allowed to choose and depose its pastor itself.

It is demanded that the compulsory labor to which the peasants are subjected must not be continuously expanded or that the pastor pays the "big tithe", a levy that everyone had to pay, supports the poor in the village and also the war tax Article 3 demands the freedom of the people: “If it has been the custom until now that we have been taken for serfs, which is to be merciful, it is considered that Christ has redeemed and bought us all with his precious bloodshed, like the shepherds like the Most High, except for no one. That is why Scripture invents the fact that we are free and want to be. "

Important text of the "Peasant War"

In his opening speech, the Lord Mayor explained the history of the twelve articles and the radiation effect that still applies today. The Memmingen Manifesto was the most important text of the Peasant War and, after the Magna Carta of 1215, one of the first written demands for human and freedom rights in Europe and shows astonishing parallels to modern human rights conventions. The desire of the city is to bring back the immense importance of the events of 1525 in the consciousness of the citizens and also to achieve cultural and tourist successes. The work of the project office is geared towards having a long-term effect in the city. The question also needs to be asked "What is special about Memmingen?"

The path to the title “City of Freedom Rights” began 20 years ago: The Memmingen Freedom Prize was initiated in 2000 and has already been awarded four times.

There is a fountain of freedom at the wine market and there is an information point for the twelve articles.

The project office will build on all of this and aim for goals, such as promoting a dialogue among citizens.

And the city administration has created two project positions for the new project office “City of Freedom Rights”. The economist and editor Sabrina Demmeler (32) is responsible for culture and events. Bernadette Menzel (27) studied departmental journalism, worked as a product marketing and social media manager and is responsible for marketing and public relations in the project office. Both grew up in Memmingen. A third half project position is filled by Pastor Claus Ortmann (57), who brings a lot of experience from school service and as a parish priest. The Evangelical Church has set up the position under the title “I want to be free” - a theological contribution to the socio-political discourse of the present in the context of the anniversary of 500 years of peasant articles.

The young women introduced themselves to the assembled press and, with the help of a presentation, explained the short and medium-term goals of the city of Memmingen for establishing a nationally known brand “City of Freedom Rights”.

Herbert Müller finally reminded that it was the common people who made these twelve demands and that this was based on the knowledge that all people are equal. Citizens' meeting on September 19: information on the city of Memmingen in a loose package 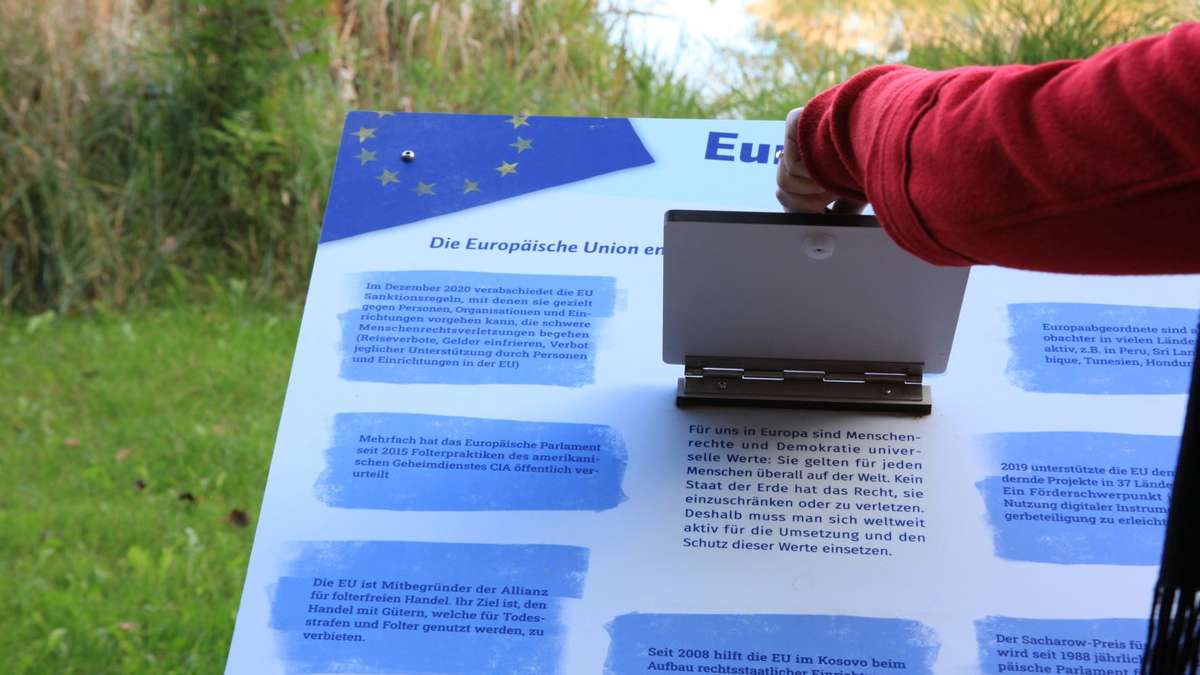 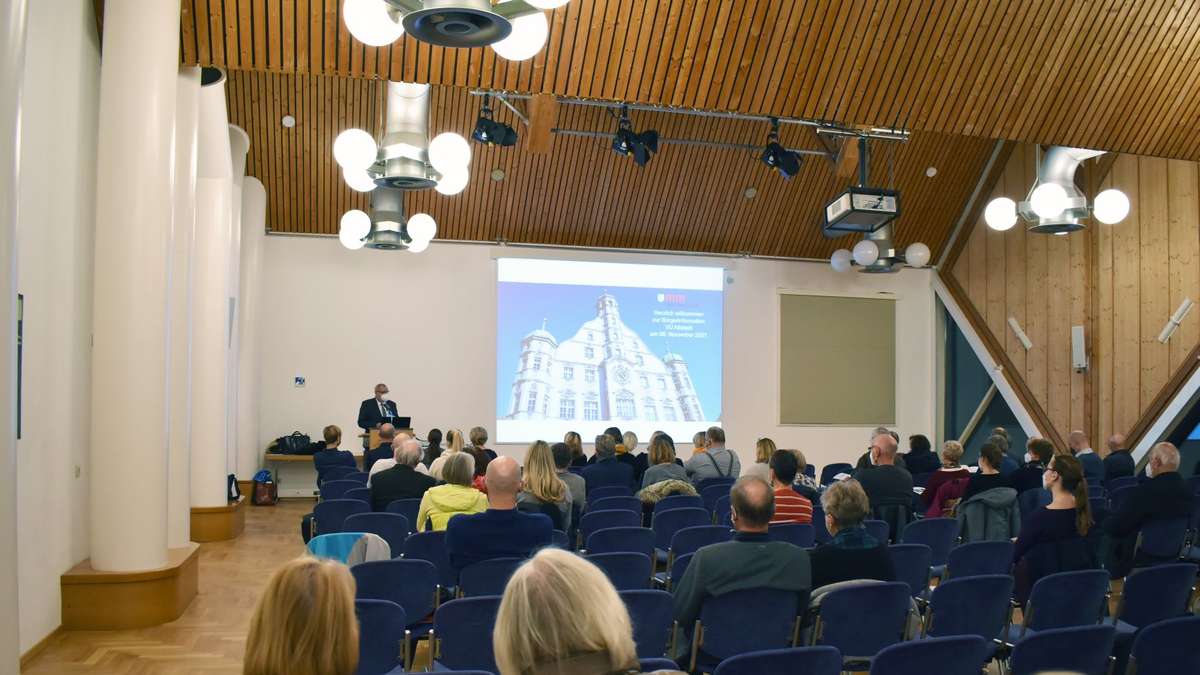 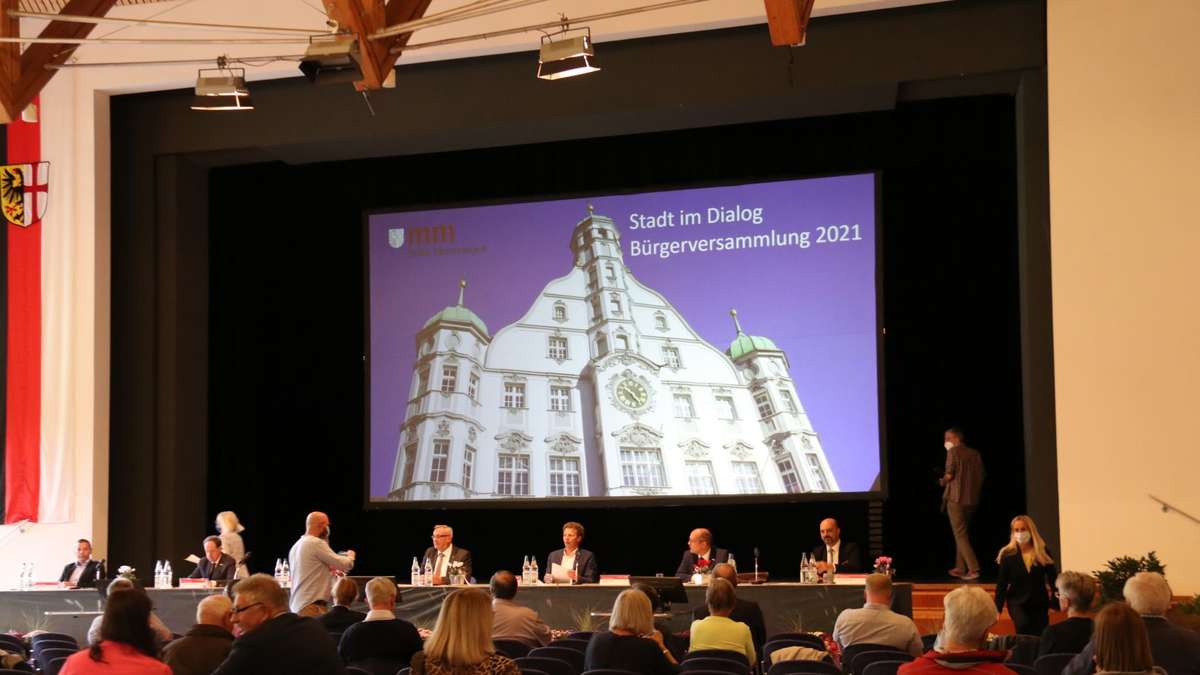 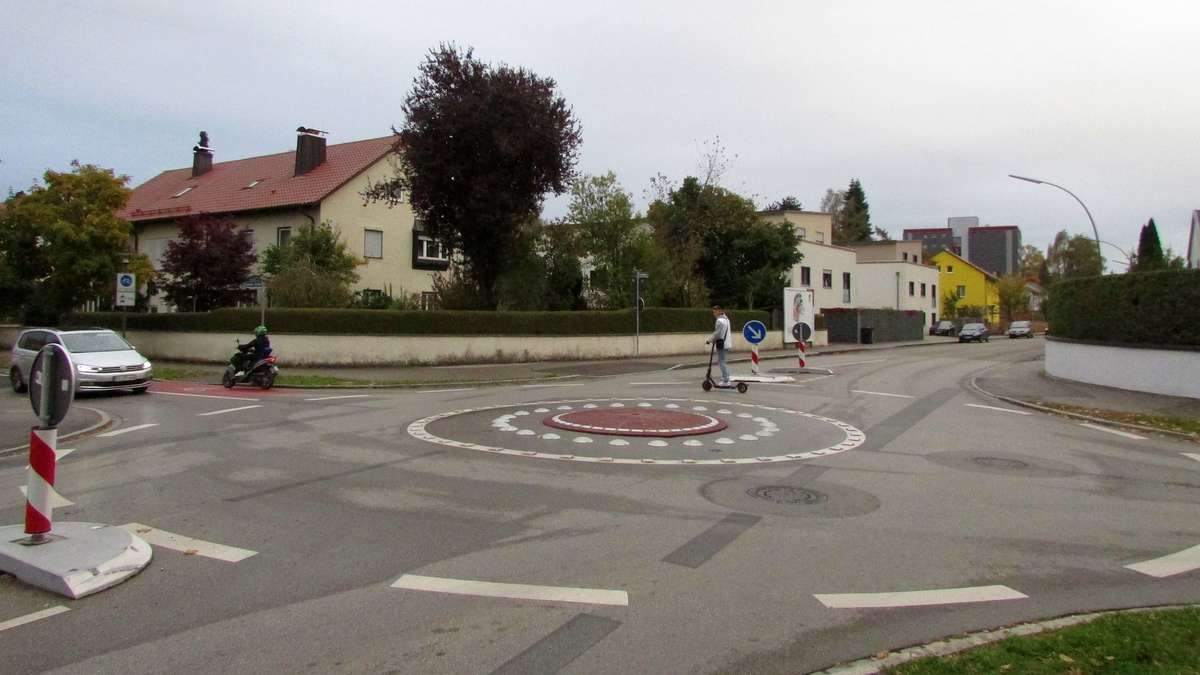 Memmingen's cycling concept is making progress - cyclists tend not to 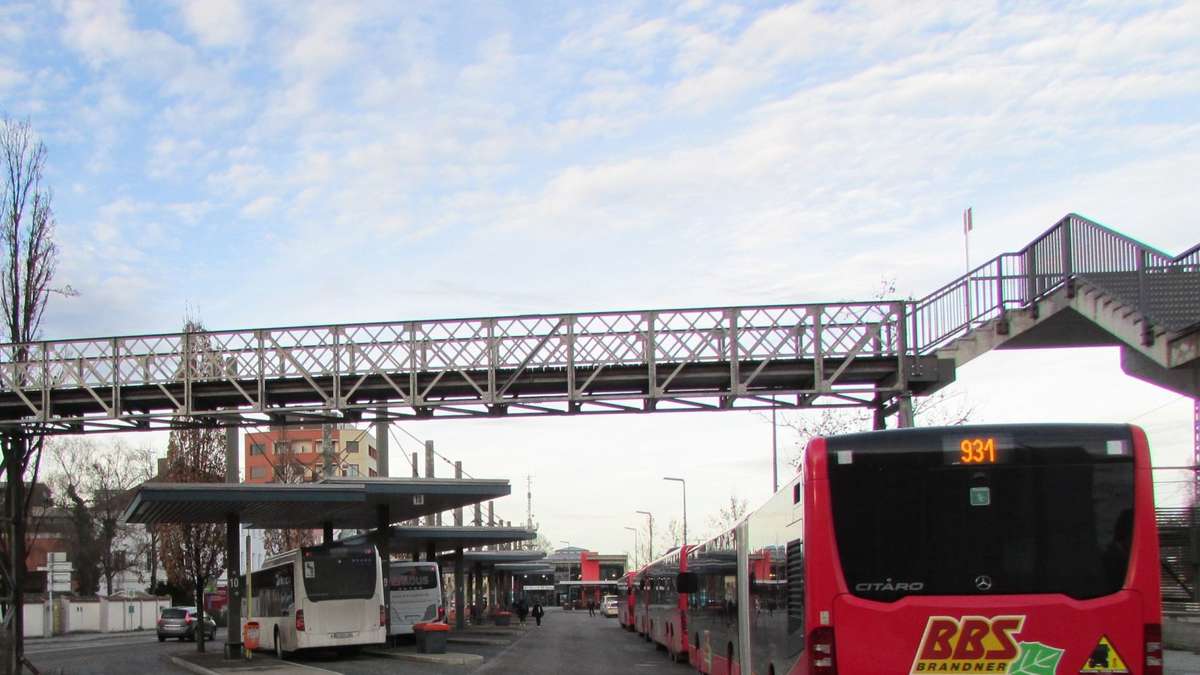 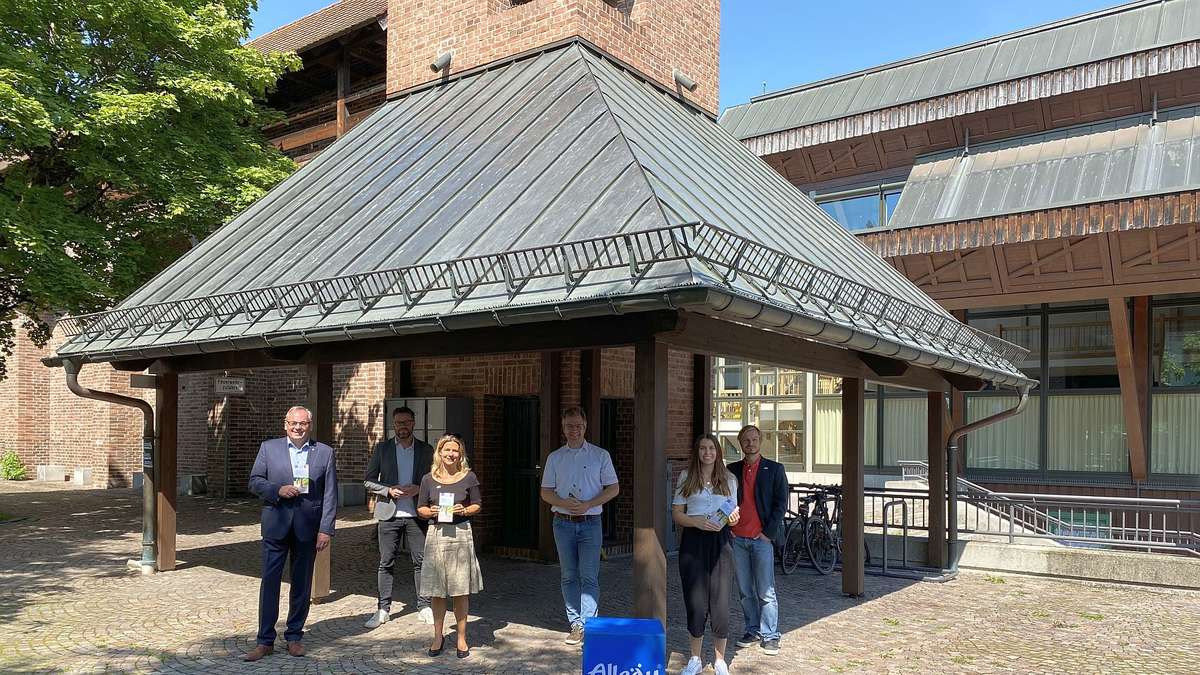 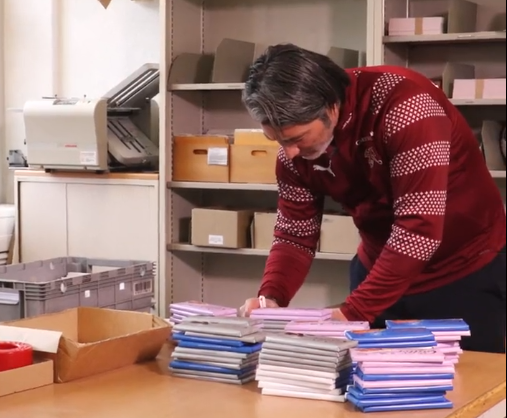 They reinforce businesses in Honduras due to the possibility of disturbances during the presidential elections
2021-11-25T19:59:35.539Z

Separation from mother Charlène a severe blow - the photographer captures the touching scenes of her children
2021-11-25T19:59:14.495Z

"Lockdown through the back door": Bavarian Zugspitzbahn railways against 2G-plus - ski operations are massively endangered
2021-11-25T19:58:57.093Z

This Latino immigrant couple recently arrived in the US wanted to experience the magic of Thanksgiving. The answer surprised them
2021-11-25T19:35:38.128Z