Weather: First snowfall in the very south - up to 20 centimeters of fresh snow "from tonight"

The summer is over, in Germany it has become autumnal. Some regions have to reckon with the first winter outbreaks. At least for now. Summer is over, in Germany it has become autumnal.

Some regions have to reckon with the first winter outbreaks.

Munich - It's getting uncomfortable in Germany.

The weather has long since shown autumn.

Wind and rain can be seen, in places even winter breaks in and snow falls.

According to the German Weather Service (DWD), there are stormy gusts on the coasts of the north of the republic, which also bring one or the other rain shower with them.

Thunderstorms are just as impossible there as in central Germany.

In the southern regions too, heavy cloud cover, accompanied by heavy rain, dominates.

Weather in Germany: First snowfall in the Alps - up to 20 centimeters of fresh snow

In the far south, especially in the Alpine regions, snow can even fall, according to the DWD as early as Tuesday afternoon (October 12).

“The first alpine snow will fall down to 800 meters from this evening”, says the weather expert.

Therefore, vacationers who spend their autumn holidays in the Bavarian Alps should be on their guard.

to 800 to 900 meters, an unpleasant surprise could threaten when hiking.

Especially when a hiking tour leads to an altitude of more than 1000 or 1500 meters.

There, the snow can no longer just be wet and melt quickly.

"At around 1500 m altitude, the values ​​drop to minus 5 degrees," said meteorologist Jung.

A total of ten to 20 centimeters of fresh snow is in it at the appropriate height.

Weather in Germany: Snow in the Ore Mountains and the Bavarian Forest - slipperiness threatens in rush hour traffic

“Even in the high areas of the Bavarian Forest and the Ore Mountains, the first flakes of the new season will probably dance the next night,” Jung continued.

"But hardly anything is likely to remain there." In northeastern and eastern Germany it is getting cold, and according to the DWD forecast, there is slight ground frost in some areas.

During the day, the northern half has temperatures between 8 and 14 degrees.

The south of Germany has to expect precipitation, especially near the Alps, during the night of Wednesday (October 13th).

Temperatures of 1 to 10 degrees are expected there, and there can be slippery snow over 1000 meters.

On Wednesday morning, caution is advised, especially when driving to work.

In all of Germany, outside of the Alpine regions, "cool values ​​and even ground frost" must be expected, said weather expert Jung: "When it comes to rush hour traffic, we have to expect slippery roads, especially in the higher elevations."

Weather in Germany: situation calms down for the weekend - "return of golden October"

But Jung can also give the all-clear.

“It's just a brief spook.

From Thursday (October 14th) the weather will calm down again and it will slowly get warmer, ”said the meteorologist.

“For the weekend it looks like golden October will return in many parts of the country.

According to the DWD, the temperatures will climb up to 16 degrees again from Thursday.

One or the other day in the beer garden - should it be open - may still be ahead in Germany before winter gets more and more the upper hand. Up to 20 centimeters: Bavaria surprised by fresh snow overnight - DWD with urgent warning

Up to 20 centimeters: Bavaria surprised by fresh snow overnight - DWD with urgent warning 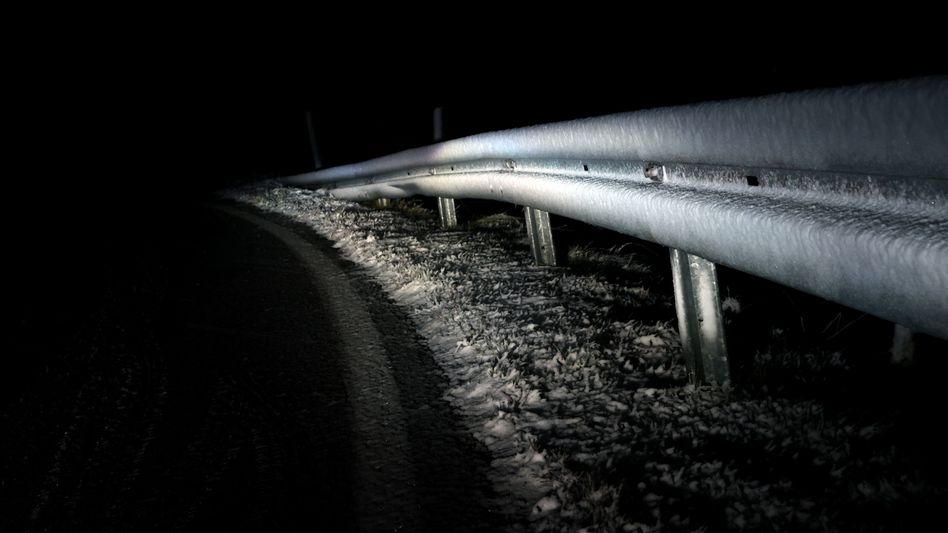 Legislative Council Election ︱ Lam Cheng: The Hong Kong Government is finalizing the port voting arrangements with the Mainland and hopes to be announced as soon as possible
2021-11-20T10:03:46.891Z