The Bavarian cabinet will meet in Munich on Tuesday to discuss the corona situation. It was decided again to relax the areas of gastronomy and culture. The Bavarian cabinet will meet in Munich on Tuesday to discuss the corona situation.

It was decided again to relax the areas of gastronomy and culture.

Especially in the country.

A reporter wanted to know that there will still be enough test options in the future.

Holetschek replies, and we will intervene if necessary.

If the employer pretends to be 3G, then he also has to pay his employees for the tests.

A reporter wanted to know from Minister Aiwanger whether the Free State would also pay for his tests?

"I pay for my tests myself, you don't have to speculate."

Corona in Bavaria: There will be no 3G on Christmas markets

Aiwanger emphasizes that there can be Christmas

without 3G and fences.

For this, however, good hygiene concepts must be developed.

However, this should only apply outdoors.

When asked why 3G applies everywhere else, but not at the Christmas markets, the Minister of Economic Affairs replied immediately.

That would be the end of many events.

According to the minister, 3G does not apply to the weekly markets either.

Herrmann emphasizes once again that the recording of contact data will not be prohibited now.

It is just no longer necessary.

In addition, it is much easier to check the 3G certificates than to collect the contact details extensively.

"How is the 3G rule controlled?" Asked a journalist.

You can get regular reports here.

So far it works well.

Aiwanger responds to the question about his PCR test.

He gets tested regularly and it doesn't bother him either.

He also thinks that the vaccination is useful.

But he still hasn't been vaccinated himself.

Corona in Bavaria: The care situation in Bavaria is still precarious

He goes back to the rule changes decided today.

The recording of contact data is no longer relevant for the health authorities.

Nonetheless, the contact tracing in the offices is still crucial to identify sources of infection.

He also received many letters and calls about the discontinuation of the free corona tests *.

The decision is still correct.

There are also many exceptional cases, for example for people who cannot be vaccinated or children under the age of twelve.

He also drew attention to the nursing crisis at the clinics.

“The problem is not the beds in the clinics, but the lack of staff,” says Holetschek.

Economics Minister Hubert Aiwanger is now speaking. He addresses the Corona aid in Bavaria. Over ten billion euros were paid out in aid. Over three billion of this went to the catering industry. Around nine million euros in taxes were deferred. Around 620,000 applications from Bavaria were approved, Aiwanger said. "The Bavarian economy got through the pandemic surprisingly well," the minister sums up. The unemployment rate is also the lowest in Germany in the Free State. The forecast wave of insolvencies did not occur. On the contrary - the economy suffers from a shortage of materials and skilled workers. The Minister of Economic Affairs is already looking forward to Christmas markets in Bavaria again this year.

Corona in Bavaria: Relaxation for the gastronomy and culture industry decided

The press conference started on time.

The first to speak is the head of the State Chancellery, Florian Herrmann.

The infection process in Bavaria can be assessed as stable, said Herrmann.

Nevertheless, the infections continue to rise.

There have been another 18 deaths since yesterday.

The hospital traffic light is also stable on green.

With the normal bed occupancy, one is still a long way from the next level.

Even the severe cases are still a long way from the red level.

But here too the numbers are increasing.

In addition, a large proportion of the people who are treated in the hospital are not vaccinated.

The incidence of the unvaccinated is about ten times higher than that of the vaccinated.

Two resolutions were passed at the government meeting, but they are not that extensive, as a lot has been relaxed in the past few weeks, said Herrmann. There should be simplifications for the recording of contact data in the field of gastronomy and culture. Such data should only take place for closed events over 1000 people, in clubs, discos and brothels, for body-friendly services and in communal accommodation. "A great relief for normal gastronomy and simple cultural events," says Herrmann.

But there is a certain tightening of the rules in the gastronomy and cultural sector.

So in establishments where either the 3G plus or 2G rule applies to guests, it will also apply to employees from Friday.

A rapid test or a PCR test must be available at least two days a week.

A major easing package like last week is unlikely to be in sight.

Nevertheless, Corona * remains the topic of the government meeting.

This is hardly surprising, since Bavaria is at the forefront of the hotspots in Germany.

The Free State has now topped the list again.

Corona in Bavaria: Eight of the twelve largest hotspots are in the Free State

The corona pandemic is not over yet, although it now appears to be in large parts of everyday life.

The south-east of the Free State in particular is firmly in the grip of the virus.

According to the Robert Koch Institute * (RKI), Germany's largest corona hotspot is in the Free State.

As of today, the district of Berchtesgadener Land tops the list again with an incidence of 262.4.

And Bavaria is represented eight times in the top 12 municipalities and districts in Germany alone.

More and more people also have to be treated in hospitals for Covid 19 disease.

According to the State Office for Health and Food Safety (LGL), 932 people are cared for in normal wards today.

259 people are in intensive care units.

In the past week it was 857 for the simpler cases and 256 for the severe cases.

Corona in Bavaria: 3G plus applies to the cabinet meeting with immediate effect

There is something new at today's meeting of the Council of Ministers.

For the first time, the 3G plus rule applies to participation.

So only ministers who have been vaccinated, who have recovered or who have had a negative PCR test are allowed to take part in the discussion.

The latter only applies to the Minister for Economic Affairs, Hubert Aiwanger *.

Since he is still skeptical about the vaccination, he will probably have to be tested more often.

Because the rule should also apply to all other events in the State Chancellery in the future.

This means that there is no need to wear a mask or distance rules.

At the cabinet meeting in #Bayern today 3G + applies.

So what will come out at the end of the cabinet meeting today is still uncertain.

What is certain, however, is who will present the results.

A press conference has been scheduled for 1 p.m. in the Prinz-Carl-Palais in Munich.

The incidence of Bavaria is constantly increasing: Söder's corona statement expected - is there a threat of further tightening?

Corona incidence in Bavaria is increasing incessantly: Cabinet is again advising on tightening

The incidence of Bavaria is increasing steadily: Söder's corona statement is expected - a new disaster is being considered 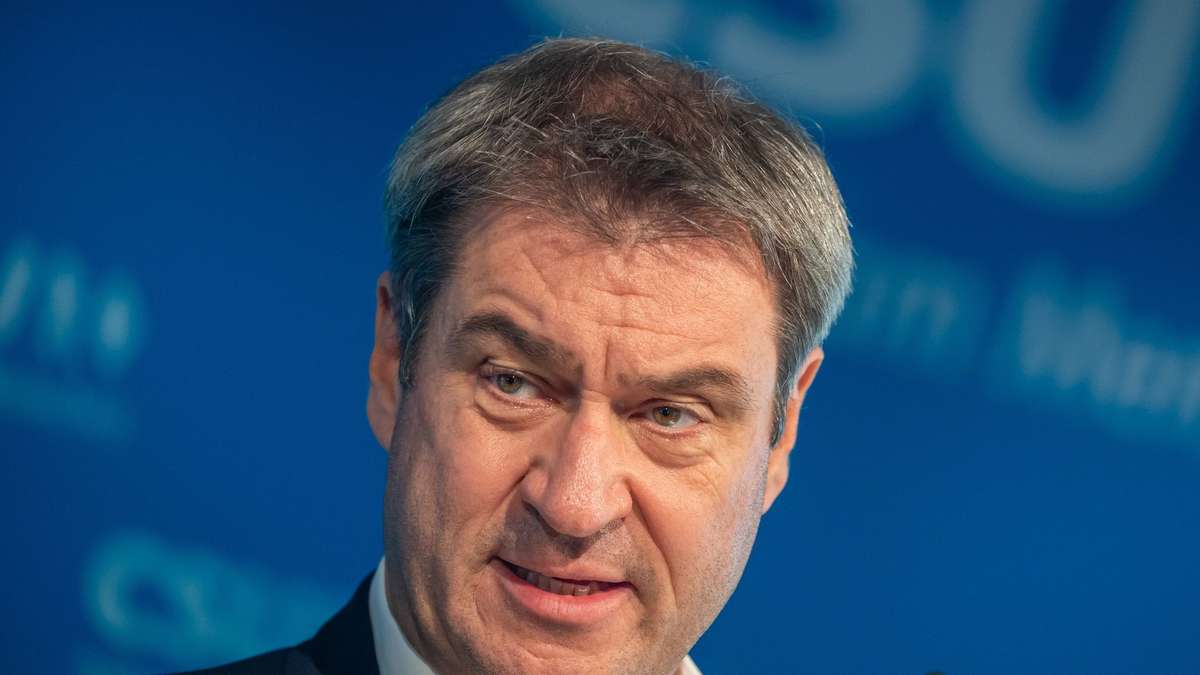 According to the decision of Söder-Kabinett: Great gastro-relief applies from Friday

According to the decision of Söder-Kabinett: Great gastro-relief applies from Friday

According to the decision of Söder-Kabinett: Great gastro-relief applies from today

According to the decision of Söder-Kabinett: Great gastronomic relief applies from Friday

"Massive increase in controls": Söder tightened - but some areas can breathe a sigh of relief

Legislative Council Election | Port voting registration can be changed or cancelled before the deadline today
2021-12-08T06:05:40.443Z

Legislative Council Election｜Lam Cheng: It is said that good government work and high credibility will reduce the voter turnout
2021-12-08T05:29:15.752Z