The decisive phase begins with the construction of the new bridge at the Holzkirchen motorway junction. Mighty sheet piling will support the temporary bridge on which traffic will roll from December. On the November weekends, when the bridge is being erected, the A 8 has to be partially closed. 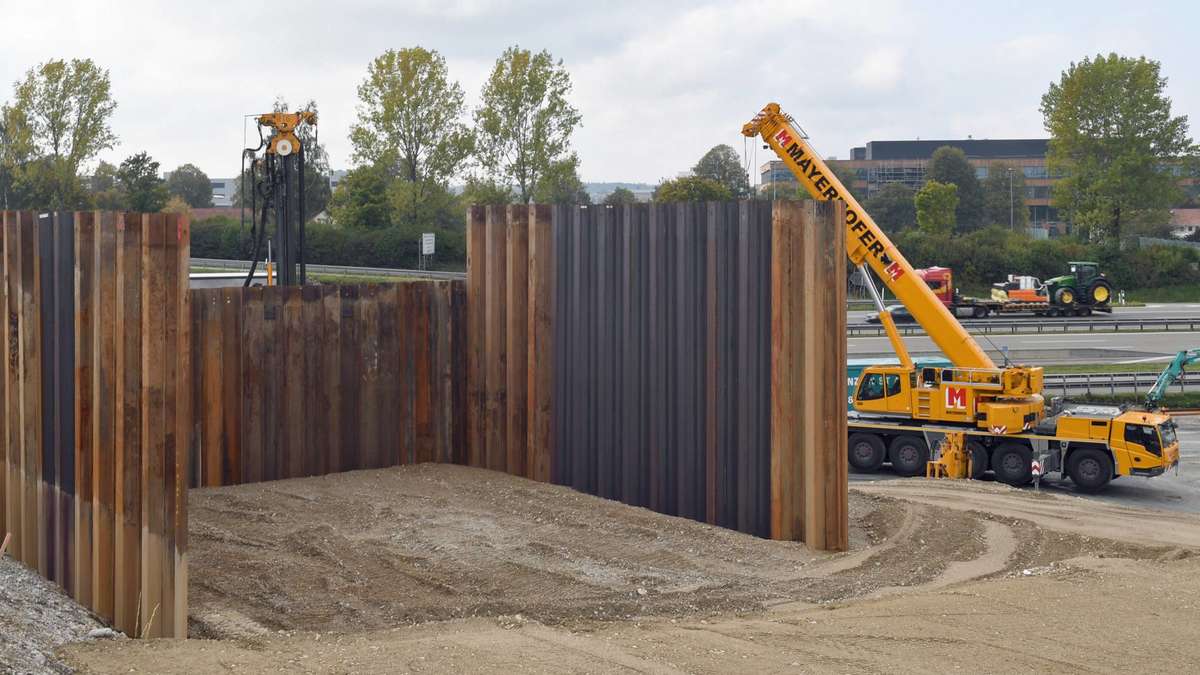 The decisive phase begins with the construction of the new bridge at the Holzkirchen motorway junction.

Mighty sheet piling will support the temporary bridge on which traffic will roll from December.

On the November weekends, when the bridge is being erected, the A 8 has to be partially closed.

- Gravel was hit tirelessly, the excavators shoveled and shoveled.

This went on for days at the Holzkirchen motorway junction in September.

“That was preliminary work,” explains Josef Seebacher, spokesman for the southern Bavarian branch of the newly founded Autobahn GmbH of the federal government.

Driveways had to be paved and dams built.

For a few days now, however, there has been constructive progress.

"Now it's getting exciting with the sheet pile walls," says Seebacher.

The corrugated XXL steel formwork elements serve as abutments and support pillars for the temporary bridge.

This provisional solution, which is stretched across the autobahn to the north of the old bridge, is due to begin traffic in mid-December, either coming from the Holzkirchen junction in the direction of Munich or coming from the south.

Next year the decrepit bridge (built in 1979) will be demolished, and then the construction of the successor will begin.

The new structure is getting longer and wider;

it will have four lanes instead of the previous two and will leave enough space below it to later be able to expand the A 8 into eight lanes.

The construction costs are estimated at around 21 million euros.

As Seebacher explains, the executing company Mayerhofer (Simbach am Inn) had unexpected problems organizing a prefabricated bridge. “The market for makeshift bridges is as empty as there is currently a huge bottleneck.” He suspects that many of the mobile bridges are currently in use in the flood disaster areas in Rhineland-Palatinate and North Rhine-Westphalia. So there was nothing left but to plan your own steel construction.

The structure is supported by the sheet pile wall boxes.

"They have to be firmly anchored in the ground," emphasizes Seebacher.

The construction is already visible on the east side and will be backfilled tomorrow, Thursday.

The western abutment and supporting pillars between the carriageways will follow in the next few weeks.

The sheet pile wall elements are considered to be tried and tested components; they are also used, for example, in ports for the construction of quay walls.

In mid-December, traffic should roll over the makeshift bridge

The temporary bridge consists of five individual fields that will be lifted one after the other in the course of November. "During the lifting process, no traffic may flow underneath," explains Seebacher, "so we cannot avoid partial closures." According to the schedule, the first elements should be set up from November 8th; since this work does not take place on the roadway, it does not have to be closed yet.

On the following three November weekends, however, it will be tight at the Holzkirchen junction: from Friday to Sunday, one direction of travel will be blocked; The route is diverted via the oncoming lane, which in turn has to give up lanes. It starts with driving south (November 12th to 14th), followed by driving in the direction of Munich (November 19-21) and finally the "distribution lane" next to the service area (towards Munich) from November 26th to 28th.

The plan is for the first cars to roll over the makeshift bridge in mid-December.

Immediately after the Christmas break, the old bridge is on the brink: the two weekends are 15/16 for the demolition.

The temporary sheet pile wall bridge will not be used until the first part of the new bridge can begin traffic, presumably at the end of 2022. Then it will be dismantled.

You can find more information on the topic here. 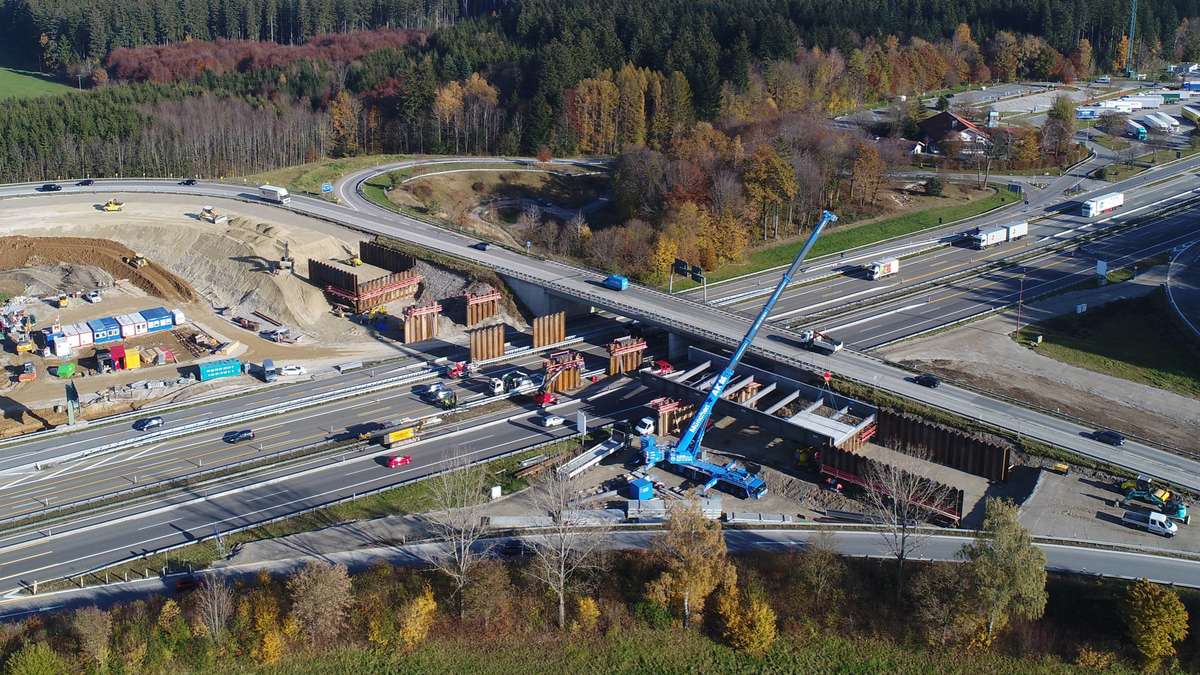 Temporary bridge is lifted: At the weekend it gets tighter on the motorway Traffic obstructions on the A 99 near Kirchheim Construction of the bridge over the A8 near Holzkirchen: work will begin on Monday 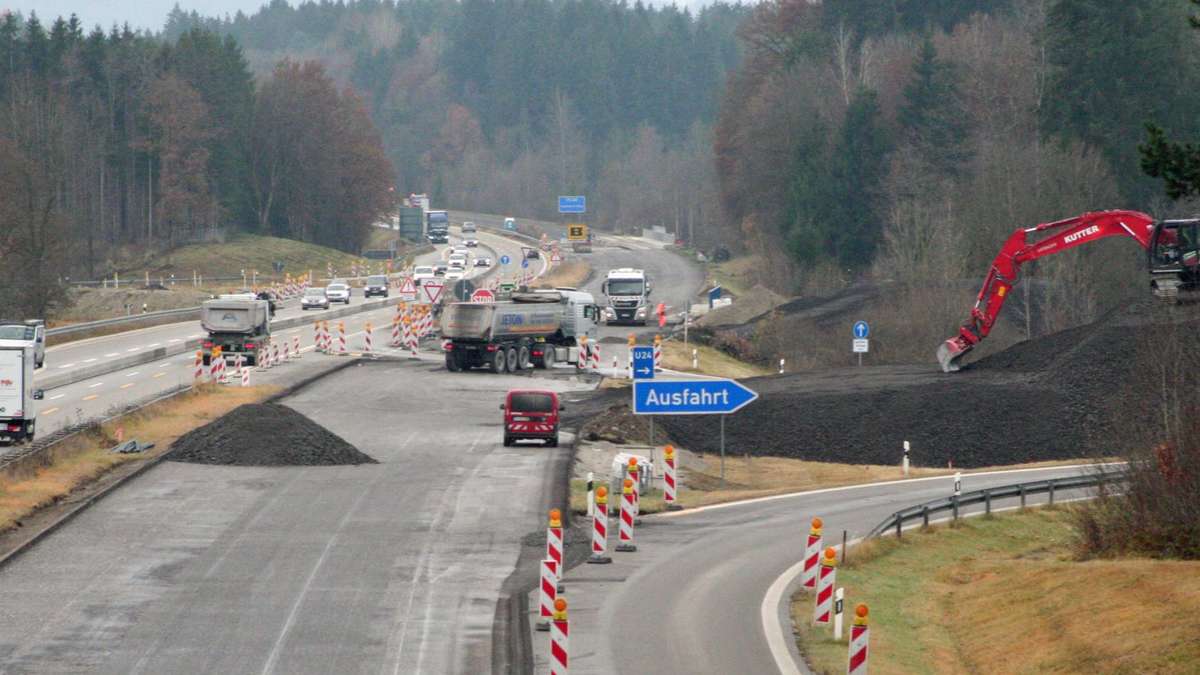 Before the half-time break when building a new bridge: A95 junction closed for several days 30 kilograms of hashish: Police caught 61-year-olds with a large amount of drugs&nbsp;&nbsp; 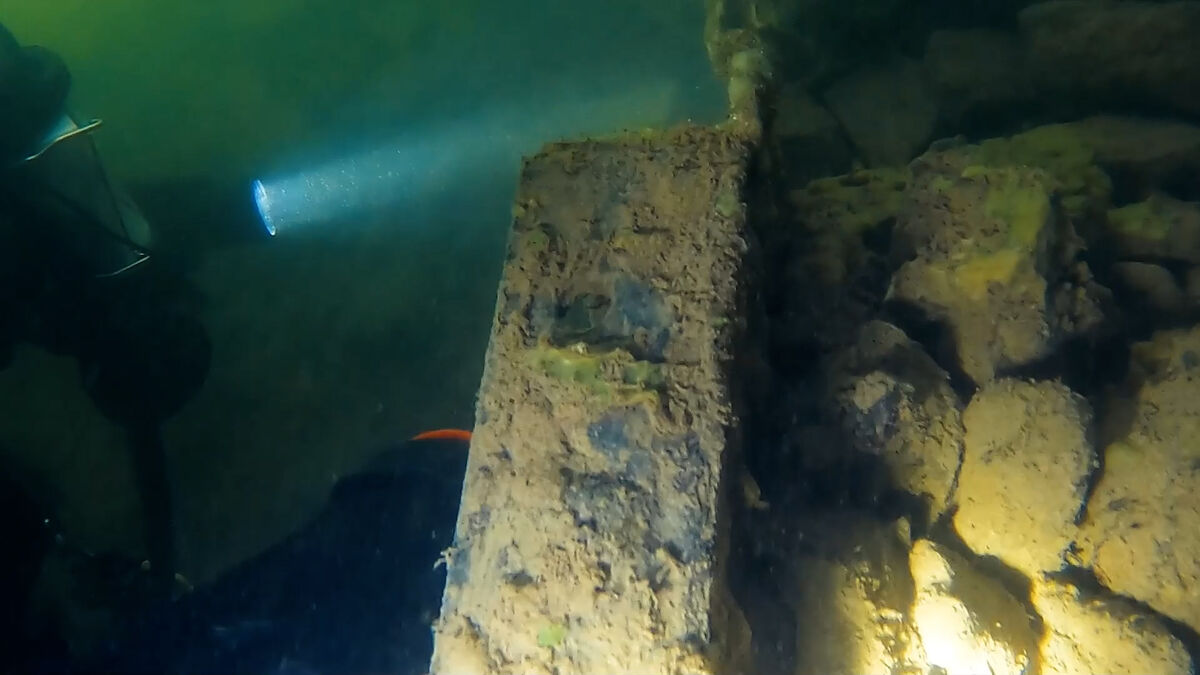 VIDEO. Paris: these divers inspect the submerged part of the bridges of the Seine After almost five years of construction: traffic is rolling over Echelsbacher Bridge again