Armin Laschet's days at the top of the CDU are numbered. Minister Laumann from North Rhine-Westphalia says this clearly with Markus Lanz. And he clarifies other things as well. Armin Laschet's days at the top of the CDU are numbered.

And he clarifies other things as well.

Berlin - Armin Laschet's political future is not looking bright at the moment.

Although he is still in the game at the moment and would like to moderate how things will go on with the CDU chairmanship and a suitable candidate.

But criticism of him, also from within his own ranks, continues.

A withdrawal in installments - if not with these words - he already indicated.

The explorations are taking place without the Union.

Really wanted to speak out clearly from the immediate vicinity of Laschet, but so far nobody wanted to explain the situation.

Markus Lanz was all the more delighted in his talk show on Wednesday evening when Karl-Josef Laumann, someone who has a lot to do with Laschet as his health minister in North Rhine-Westphalia, formulated concrete sentences.

NRW Minister Laumann on "Markus Lanz": "There was no luck in this candidacy"

The very beginning of the program was about the CDU.

Laumann worked through the debacle in the federal election.

He told stories from other regional associations or federal states that had made it clear to Laumann that Laschet was “not easy to sell” there.

So that Laumann stated in the end: "There was simply no luck in this candidacy right from the start, which is what you need in the end to then bring it to a successful conclusion."

Laumann rather wondered whether it would have been better with another candidate, which he could not answer, however.

And the health minister from North Rhine-Westphalia believes that Laschet is also asking himself the question.

Reorganization planned in the CDU: Laschet wants to moderate - other heads in conversation

But now it is called a new beginning in the CDU. That is why Lanz wanted to hear the name of an “unused head” in the party. Laumann: "It will not be possible for anyone who does not have a certain political experience." Life experience is also important. The CDU politician therefore believes that it will end up being one of the candidates currently being traded. He did not commit to a name. Lanz threw them into the room: Friedrich Merz, Norbert Röttgen, Carsten Linnemann, Ralph Brinkhaus, Jens Spahn ...

And then it came to the crucial point: When it came to who, for example, FDP leader Christian Lindner should call, should he want a Jamaica sounding out, Laschet came back into play.

"I believe that Armin Laschet is already in a position to hold such conversations at the moment."

“I mean, everyone knows that Armin Laschet's time as federal chairman of the CDU is coming to an end.

It is purely a question of whether it will happen in December that we will get the party convention by then.

If we go into a member survey, the appointment will probably not be able to be made before Christmas, ”Laumann said.

It is no longer a secret.

"Armin Laschet's time as federal chairman of the CDU is coming to an end" - how does it go on?

But somehow it did, because nobody really said it, commented moderator Lanz. Laumann emphasized once again that Armin Laschet's days were not numbered, but the days of him as chairman of the CDU. But: “I hope that Armin Laschet will find a good place in our party again.” And: “I just think he's a good politician. Point."

And the talk show viewer also learned something about the election evening.

The fact that the CDU deliberately did not take itself out of the running for the formation of a government with Laschet's speech at this point was "agreed in the party presidium," said Laumann.

He was a "contemporary witness".

It was not voted on, but the idea of ​​getting involved in the game had been discussed.

So it was not Laschet's sole decision.

At that moment, Laumann found that it was the “right decision”.

Attacks on CDU boss: "Armin Laschet is politically on the ground"

In addition, the evening was about attacks from within the CDU chairman. “Everyone knows that Armin Laschet is now politically - if you may put it that way - down on the ground. And you don't have to follow suit, ”Laumann emphasized. At the very beginning of the program, the minister also spoke about the swipes of CSU boss Markus Söder. “The attacks by Mr Söder were always packaged in such a way that they made it clear: 'Actually, I would be the better candidate for Chancellor.'” This resulted in a spin, many reported and spoke about it. In the end, the population also said: “You didn’t take your best man.” But this shouldn’t be all the fault of Söder, said Laumann.

Other candidates, who are now being traded for Laschet's post, have "already shown solidarity" in the election campaign.

“I don't think that you can now say that Friedrich Merz, for example - to name one - played a bad role in the election campaign.

Rather, he did what he was supposed to be doing in this election campaign and, I think, made it loyal to Laschet. ”Spahn didn't speak badly about Laschet either.

It remains to be seen what good this will do for them in their future.

At Lanz, confidante speaks bluntly about Laschet's future - and reveals crucial details of the election evening 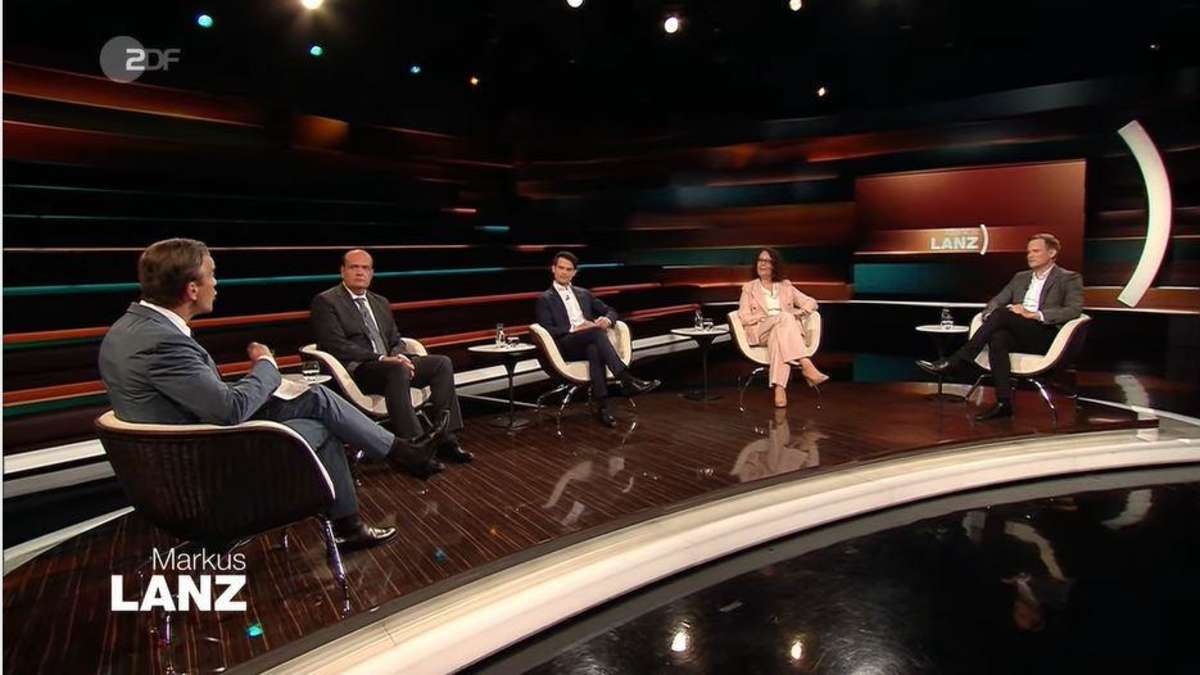 Journalist at "Markus Lanz" with a clear opinion: "If the boys had voted ..."

Concerned about the group batch of bread trapping wild boars Despicable Fishery and Conservation Department: Dealing with humanity, and adopting similar methods in the future
2021-11-18T02:21:17.404Z

4 The non-organizational system knocks on the door and strives for the support of the election. The Democratic Party has not finalized the proposal and requires the response to the idea before making a decision.
2021-11-18T00:57:17.011Z