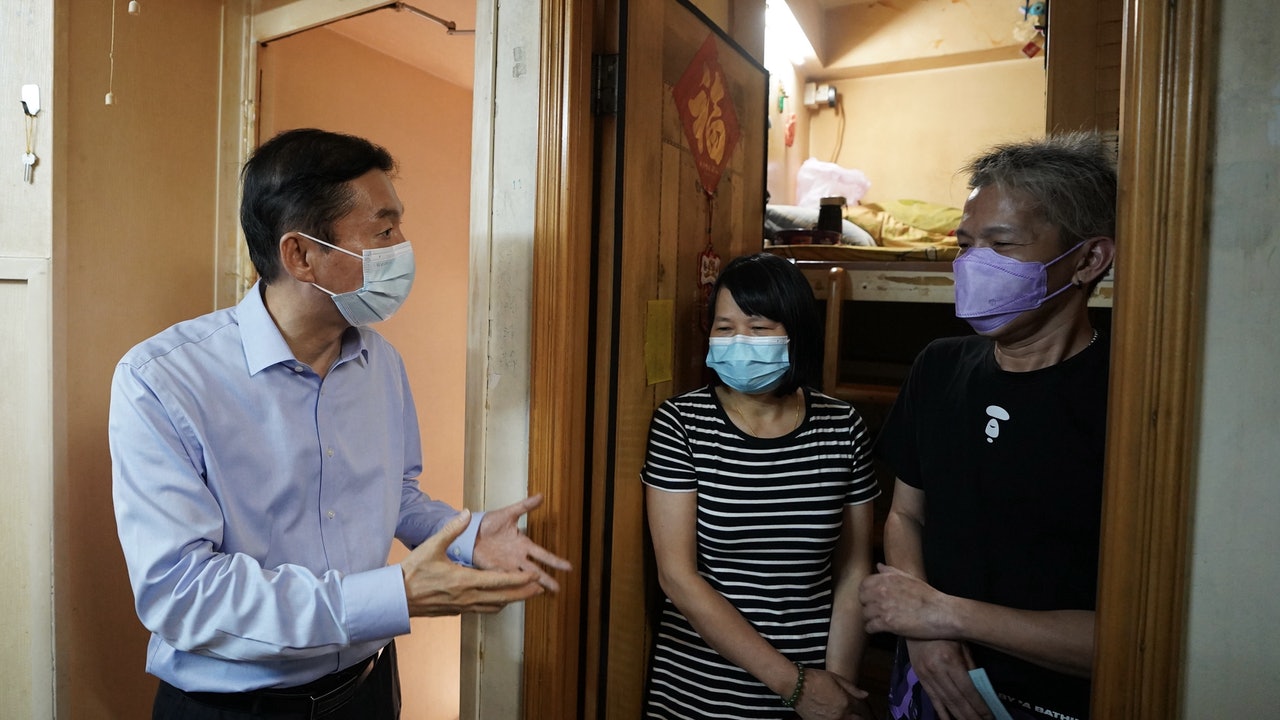 After the leadership of the Liaison Office of the Central Committee was settled, officials of the Special Administrative Region Government also issued articles one after another, mentioning visits to subdivided housing tenants and grassroots citizens. Some officials even emphasized that they have always been in the district and directly understand the people's thoughts.

However, SAR officials have always been criticized for "leaving the ground" and rarely in-depth community listening to public opinion. This time the Liaison Office dispatched 80% of its staff to conduct a survey to "detailed records, aggregates and catalogues, and separates and disposes of opinions." The opinions do not seem to be a model that the Hong Kong Government is good at. The targets visited by the Liaison Office of the Central Committee of the Communist Party of China reflect that the Hong Kong Government has room for improvement in various areas.

Luo Huining, director of the Liaison Office of the Central Committee of the Communist Party of China, took the lead in setting down the district on the eve of the National Day and visited the basic-level households of the subdivided housing.

The deputy director and secretary-general of the Liaison Office of the Central Committee even organized large-scale visits to the sunset area. Although the SAR officials have also been in the area, they did not specifically explain the results of the area.

About a week later, the Liaison Office of the Central Committee of the Communist Party of China listed a number of statistics, including a total of 7,000 citizens visited and 6,347 opinions collected. Whether it is the scale of the activity or the results, the outside world feels that the SAR government is "a complete victory".

Chief Executive Carrie Lam Cheng Yuet-ngor recently criticized the Information Services Department for being too conservative in disseminating messages, but this may not be the problem.

Looking at the work methods of the Liaison Office, the organization is not to "check in" for pornography and filming, but to actually integrate opinions. "Detailed records, summary and catalogue, classified disposal", even more shows that "belongs to the scope of the Liaison Office's functions. Yes, immediately follow the regulations; it belongs to the scope of the SAR government's administration, and the list is sorted and forwarded." But this can't help but ask: What is the SAR government doing?

Zhu Zhaolin, the founder of the Hong Kong Sustainable Development Research Center, said that the central government agencies in Hong Kong have a specific mode of handling affairs, which is characterized by "doing big things." A lot of work.

However, Zhu Zhaolin said that the fact that the Liaison Office is doing well does not mean that the SAR government has not done anything to collect public opinion. He pointed out that the Home Affairs Bureau has civil affairs commissioners in the 18 districts who have been collecting public opinions for a long time.

However, other departments may not have task forces to collect public opinion, and they will usually be arranged by the Civil Affairs Bureau and the Heung Yee Bureau.

Zhu Zhaolin believes that this time the Liaison Office of the Central Committee has mobilized more than 80 people to "strike out of nowhere," a lot of work must be done beforehand.

So, what is the problem?

Zhu Zhaolin believes that one of the major possibilities is the poor efficiency of coordination within the government.

He gave an example: after the Civil Affairs Bureau collects opinions, will other policy bureaus make good use of it?

If the Civil Affairs Bureau does a lot of public opinion surveys, but other policy bureaus do not make good use of it, then it is a waste of time.

Zhu Zhaolin said that by linking up various government departments and letting them make good use of the public opinion collected by the Civil Affairs Bureau, then the work of the Civil Affairs Bureau will not become a "useless" matter, and various policies will be smoother, which will enhance the government's collection of public opinions. And improve the efficiency of governance.

For a long time in the past, government officials were accused of leaving the ground. Even though officials expressed sympathy for the life of the lower class, they would inevitably have "headaches" when formulating policies. Many times they aimed at the appearance and failed to completely solve the cause of the incident, turning the accumulation of problems into Deep-seated contradictions.

Coupled with the soaring property prices after the 2008 financial tsunami, the burden of mortgages in the past ten years has been overwhelming, and the phenomenon of young people "sighing" and being unable to buy homes.

However, even though the society and the media have repeatedly reported the relevant situation, the government has never been able to solve the problem. The problem of "property slaves", the problem of young people's home ownership and the problem of subdivided housing in Hong Kong have been worsening and turned into deep-seated contradictions.

Since the Civil Affairs Bureau has inquired into public opinion, why has the policy failed to solve the problem effectively?

Zhu Zhaolin believes that one of the problems is the "shantou culture" of government departments. Different policy bureaus seem to be "independent kingdoms." No one can "guide" the other to do things.

Zhu Zhaolin said that if various government departments want to integrate and solve problems, they must break the communication barriers of policy bureaus and start with organization and actions.

He agrees that the civil service system needs to be reformed, and a KPI (performance indicator) system should be established, and other departments can put forward their opinions: "For the other departments to make good use of resources, they must have the "right" to request the other party. The inter-departmental system of impeachment can also affect the KPI of the evaluated department, and the reward and punishment system can enhance the execution of the department."

This approach will break the previous work culture of non-interference between various departments, and the thinking of civil servants will also undergo major changes. They must enter a "cooperative mode" and can no longer be complacent.

Zhu Zhaolin further said that the same is true for Hong Kong's cooperation with the Mainland, and the thinking must be changed. "Can we cross-regional and cross-field cooperation mode" will become the key to future development.

He said that Luo Huining, director of the Liaison Office of the Central Committee, and other high-level officials all have experience in inter-provincial cooperation. The SAR government must learn from the cooperation model with the central government and local governments in the Mainland.

He suggested that various departments of the Hong Kong government should establish a constant mechanism for communicating with counterparts in the Mainland, and "deal" with the Mainland more, so as to break through the thinking to deal with Hong Kong problems. Providing for the elderly in the Mainland is an example of cross-regional cooperation in handling problems."

The large-scale settlement of the Liaison Office of the Central Committee of the Communist Party of China can be regarded as a demonstration of extensively collecting public opinion, allowing the SAR government to see how it should handle affairs under the new political situation.

The high-level mentality of the SAR government must be changed. "Don’t do something small and do nothing." The citizens raise difficulties. The government should not treat it as a "general opinion." Using opinions to improve decision-making will be a critical step.

Xinning Lu summarizes the Central Liaison Office’s policy to promote the central government’s benefits to Hong Kong and visits more than 7,000 citizens Lu Xinning: The Liaison Office will normalize the area. Think tanks are an important force for good governance. Responding to the concerns of all sectors of the Liaison Office at the time of the settlement area︱The deputy director of the follow-up draft of the policy address is accompanied by a Hong Kong official: establish more communication channels 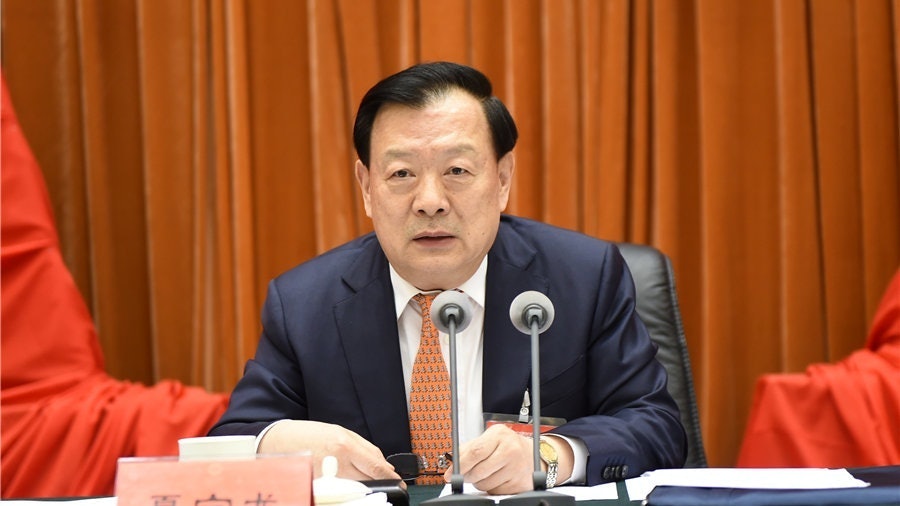 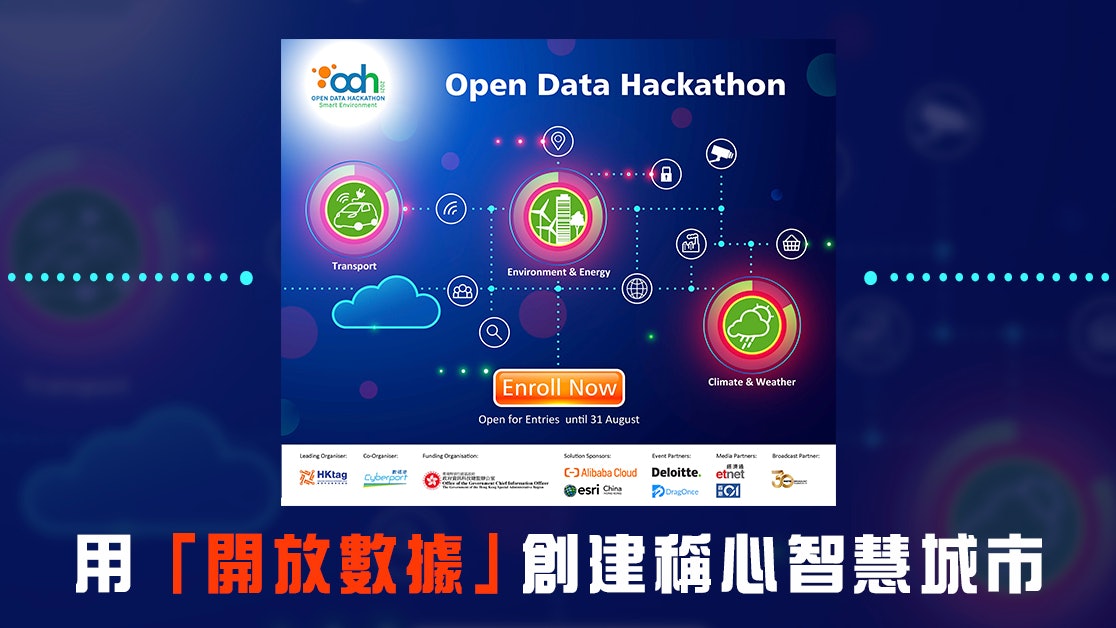 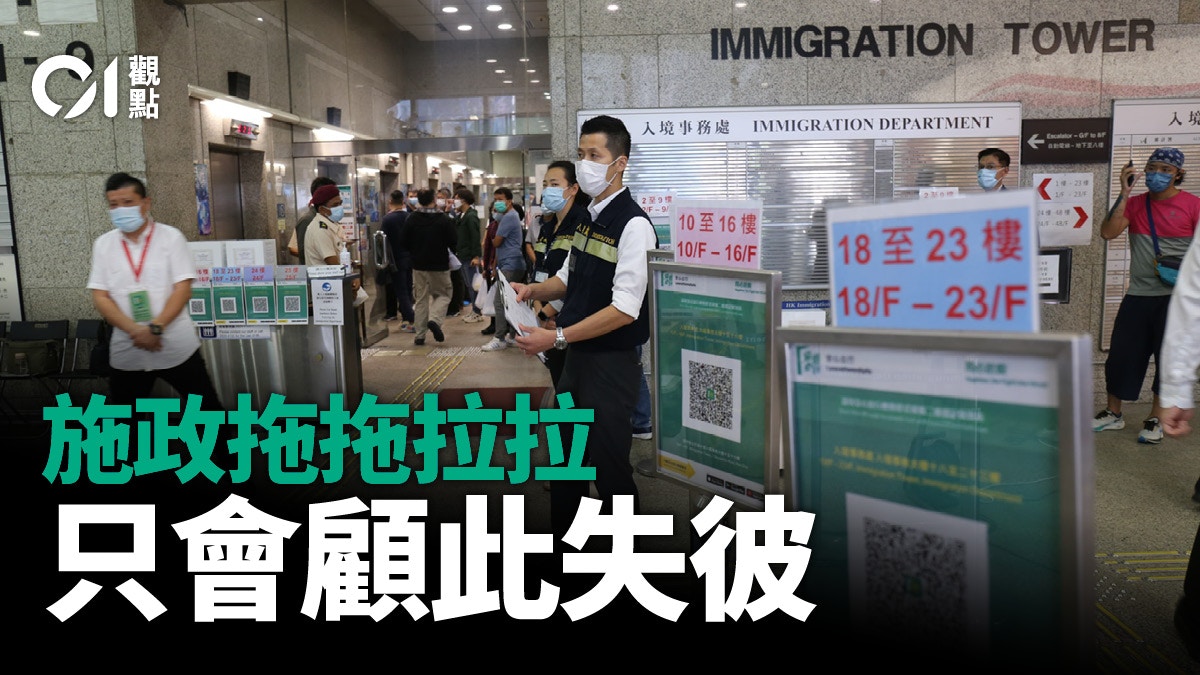 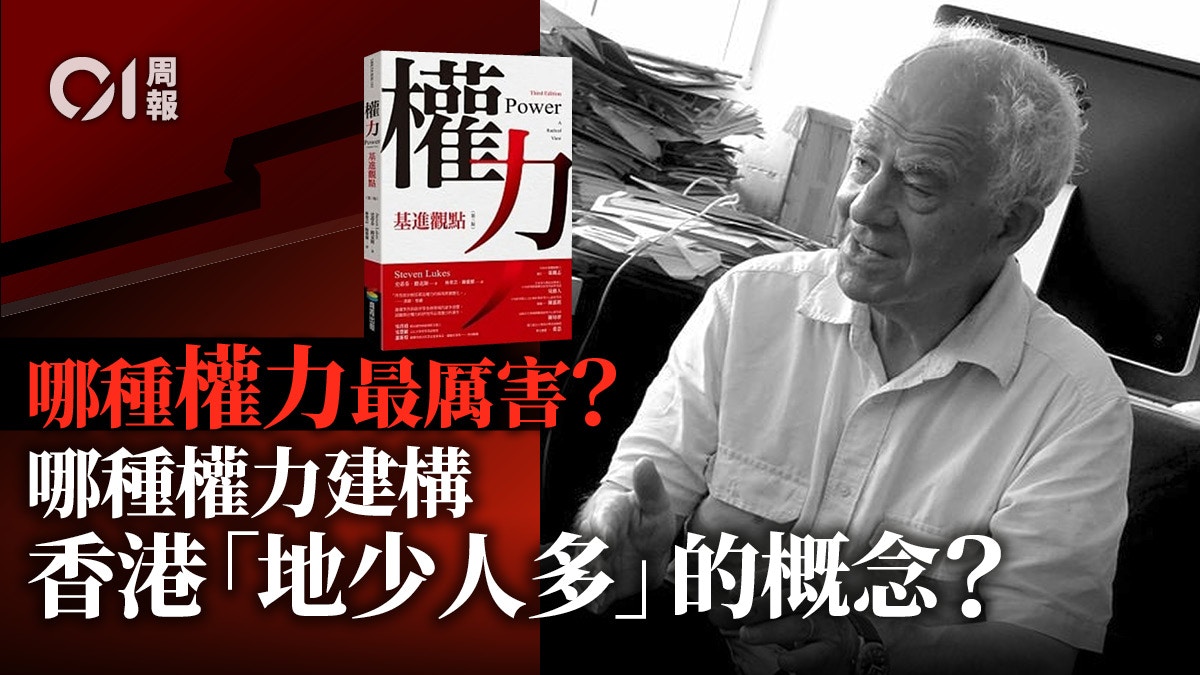 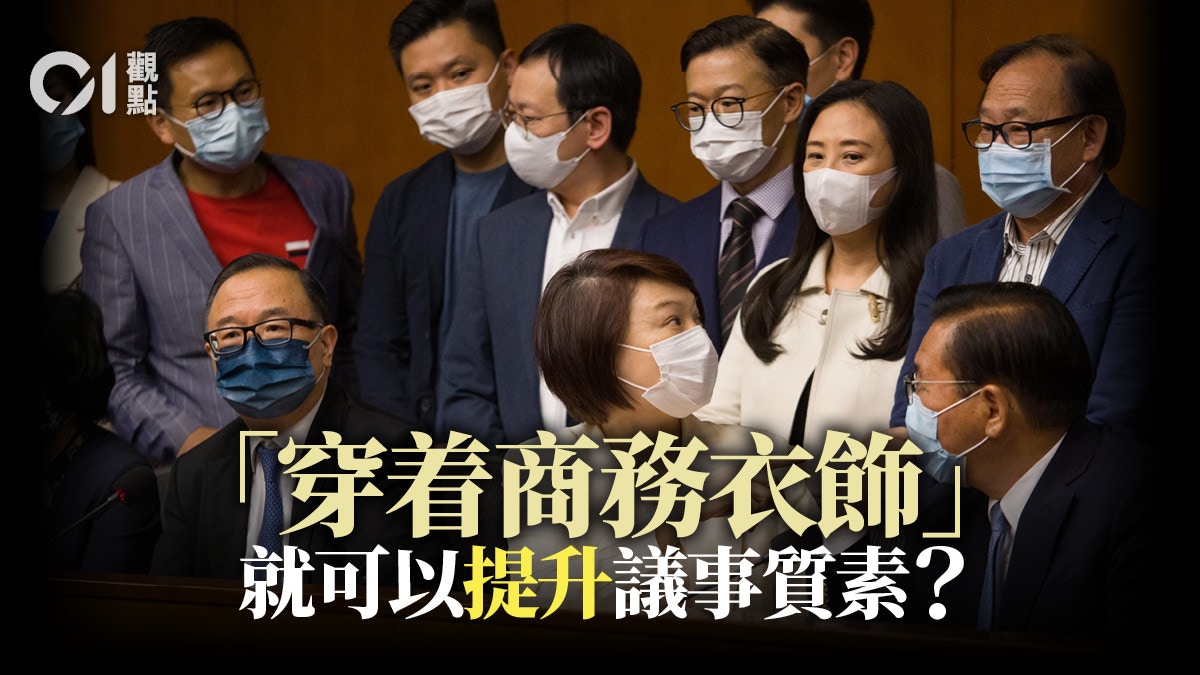 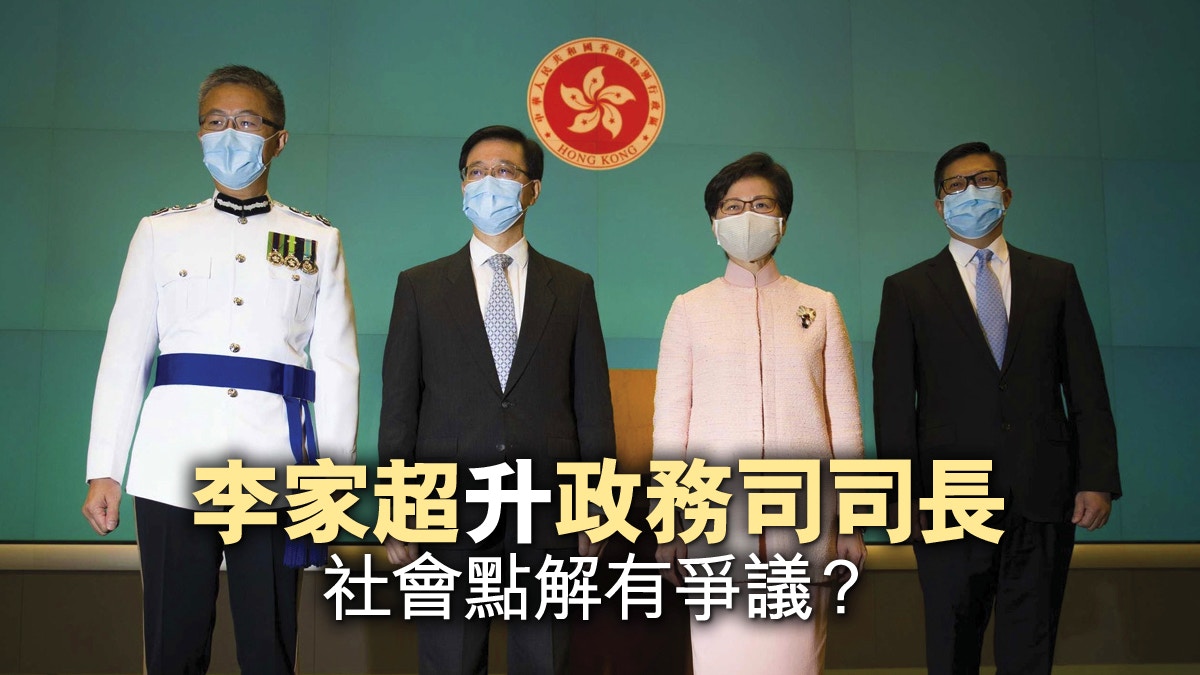 Disabling units in time of war and damaging infrastructure is essential: the military scenarios of the military cyber world | Israel today
2021-12-05T12:28:29.163Z