After the bloody act in Norway, the police confirmed five fatalities and two injured. The alleged perpetrator could be arrested, now there are first details about his identity. 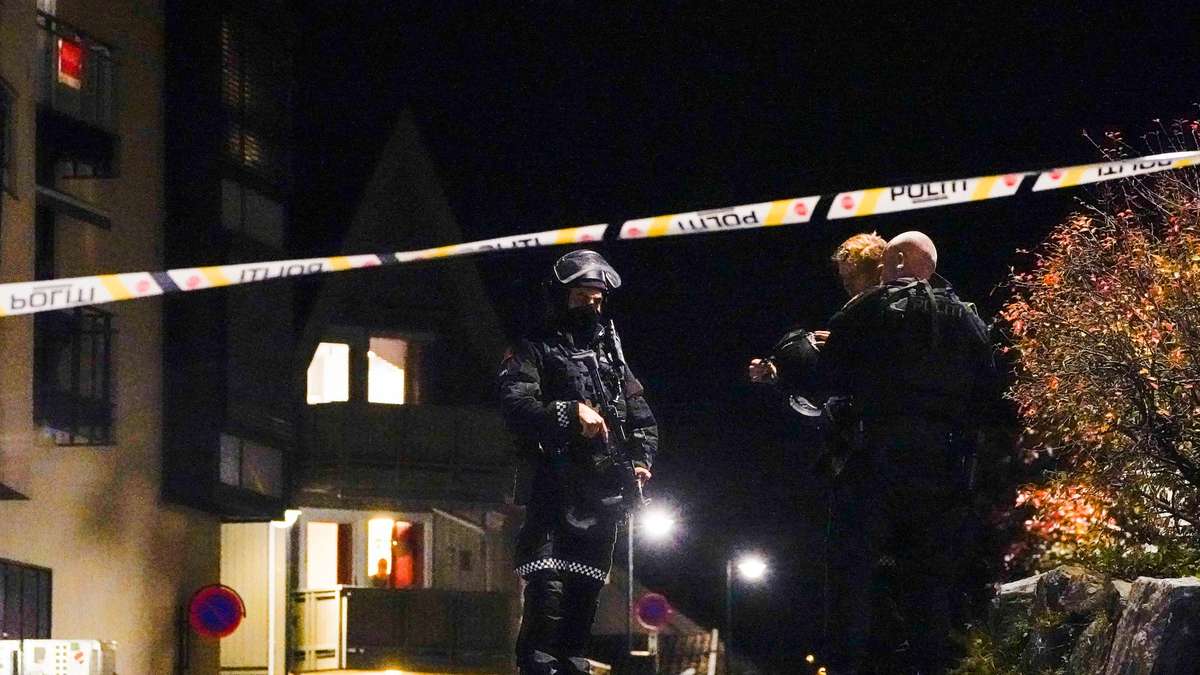 After the bloody act in Norway, the police confirmed five fatalities and two injured.

The alleged perpetrator could be arrested, now there are first details about his identity.

Kongsberg - Five people die and two more are injured in an attack in Kongsberg, Norway.

After the violence in Oslo, the country is in shock, the alleged perpetrator has been caught.

The background to the crime is still unclear on the morning after.

Armed with a bow and arrow, the alleged perpetrator targeted people on Wednesday evening, and the police received the first emergency call at 6.13 p.m.

The police confirmed that the man had attacked people in several places in the city, the perpetrator had moved over a larger area.

As the responsible police chief Øyvind Aas announced, the center of the city was immediately cordoned off.

Several local media reported that a supermarket was the location of the action.

Exact information on the dead and injured is not yet available, but the police chief in charge confirmed that there was also a police officer among the injured.

He was not on duty at the time of the crime.

About 30 minutes after the first emergency call was made, the alleged perpetrator could be arrested according to the police.

The arrested is a 37-year-old Dane who lives in Kongsberg.

According to their own statements, the police currently assume that the alleged perpetrator acted alone.

The exact background is still unclear, a terrorist motive cannot be ruled out at the moment.

The incident occurred on the eve of the new Prime Minister Jonas Gahr Støre's inauguration. The Social Democrat was shocked. "What we heard from Kongsberg tonight shows that a cruel and brutal act has been committed," he told NTB late in the evening.

The outgoing Prime Minister Erna Solberg also expressed her condolences. "Our thoughts go first of all to those affected and their relatives," she said late Wednesday evening at a press conference in Oslo that was called at short notice. She will be replaced by Støre at the head of government on Thursday after her election defeat a month ago. The act did not affect the change of government, said Solberg.

The head of government in neighboring Sweden, Stefan Löfven, wrote on Twitter that his thoughts were with the victims and their families.

It is a "terrible attack".

Kongsberg / Norway: The act of blood brings back bad memories - ten years after the terrorist attack

The bloody act is likely to open old wounds for many people in Norway.

Ten years ago, the country experienced the worst terrorist attack in its history.

On the island of Utøya, about 30 kilometers away, he killed 69 people, mostly teenagers and young adults.

He was sentenced in August 2012 to the then maximum sentence of 21 years with a minimum imprisonment of ten years. 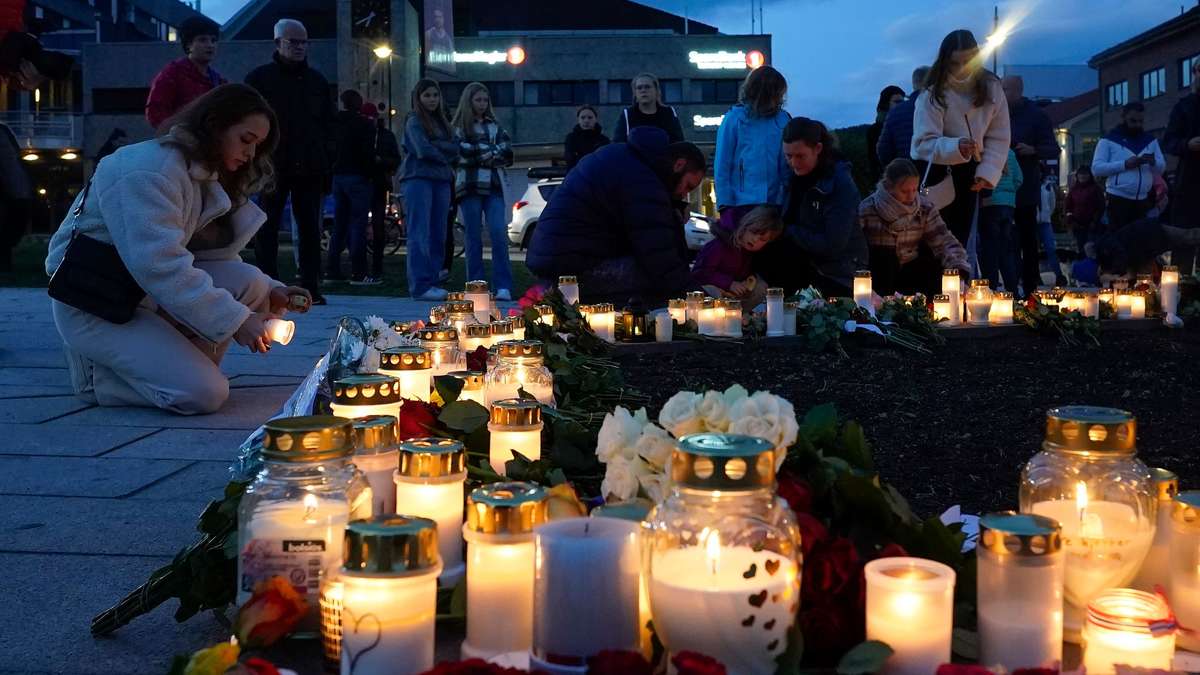 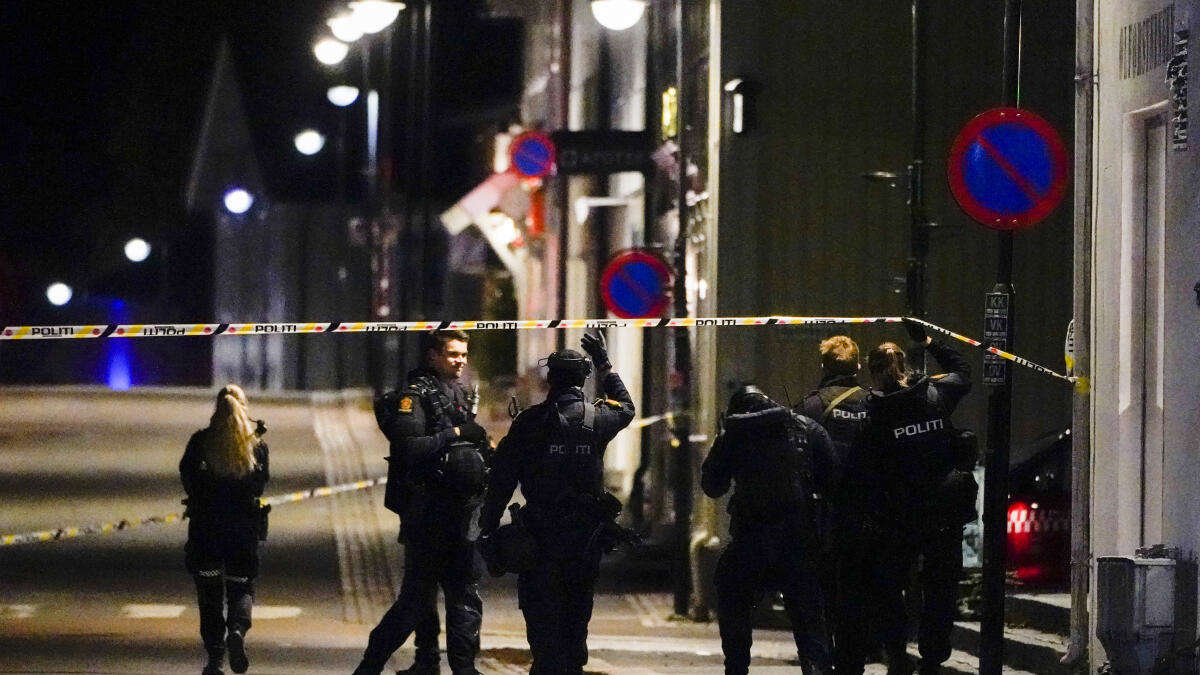 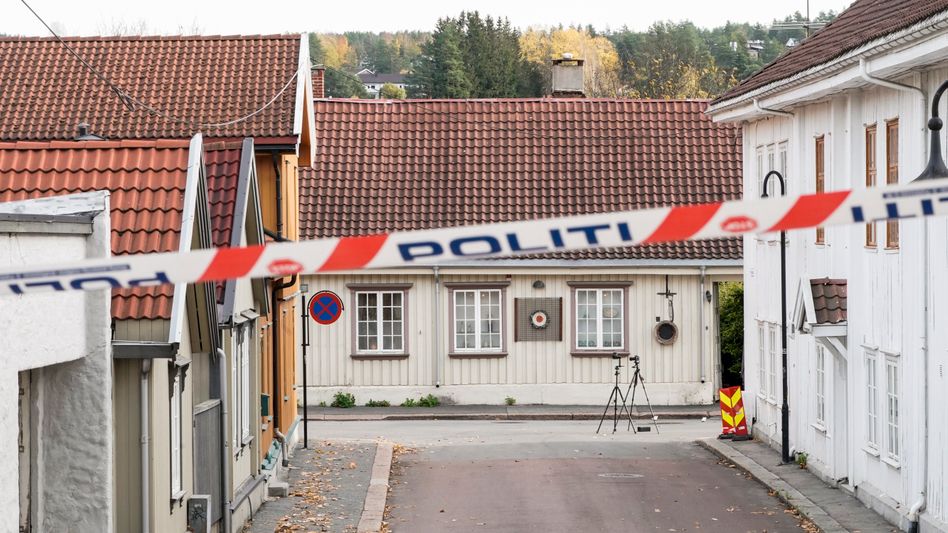