They sit finely lined up on power lines and gather in swarms: Bird migration began in Thuringia in autumn. Climate change is also causing “lazy” birds.

They sit finely lined up on power lines and gather in swarms: Bird migration began in Thuringia in autumn.

Jena - The calls of the cranes can be heard again.

The first troops of the large birds that are on their way to warmer climes have been observed over Thuringia for a few days, said the head of the Seebach state bird protection station, Stefan Jaehne, on request.

“The first night frosts got the bird migration going.” The cranes were among the most conspicuous species that are now passing through.

Some, like the swallows, have already left, others are about to begin their journey.

These included the storks, whose number has increased by 18 to 110 breeding pairs in Thuringia this year, according to the Nature Conservation Union (Nabu).

Bird conservationists are observing that some species no longer move as far as they used to, said Jaehne.

The reason is the changed climatic conditions and the availability of feed.

“Some birds are getting lazy,” Jaehne jokes.

The trend to take shorter distances can be seen, among other things, with storks.

"Some of them don't even fly away anymore."

Even with the red kite, of which around five percent of the entire German population occurs in Thuringia, the flight routes have been shortened.

They belonged to the partial migrants - part of the population took part in the migration to the south, others remained in the breeding area.

If the supply of food was restricted by snow, however, they would move away.

There are now around ten breeding pairs among cranes in Thuringia.

“That didn't exist in the past,” said the head of the bird sanctuary.

There are currently opportunities to rest for the cranes migrating from north to south.

Most of the water in the Straussfurt retention basin (Sömmerda district) would be drained off in autumn so that the birds would find a kind of semi-open lake that would also offer them safety at night.

The main migration of the cranes in Thuringia shows up from the end of October.

On the way south: migratory bird days in the Wadden Sea

Woodcock, dunlin or other waders - they all meet in the Wadden Sea to strengthen themselves there for the onward flight to their winter quarters in southern Europe and Africa.

A spectacle that attracts many visitors every year.

On the way south: migratory bird days in the Wadden Sea

New species of mushroom are increasingly populating the forests

After the past three dry years, tasty species can be found in Brandenburg's forests.

There is also a new mushroom.

New species of mushroom are increasingly populating the forests

At the end of the nationwide vaccination campaign week, dozens of people were also vaccinated at cultural events in Thuringia.

During a vaccination campaign with DJs at the Erfurt airport, a long queue formed before the event began, said co-organizer Andreas Busch on Sunday.

A total of 70 people had been vaccinated and then danced until late Saturday evening.

In addition to the red kite, Jaehne named the black stork with a relatively large population of around 50 pairs, which occurs in the low mountain range with flowing waters, as a Thuringian specialty in the bird world.

This also includes the middle woodpecker with more than 1000 breeding pairs.

The state bird sanctuary in Seebach is more than a hundred years old.

According to its own information, it is the oldest bird sanctuary in Germany. 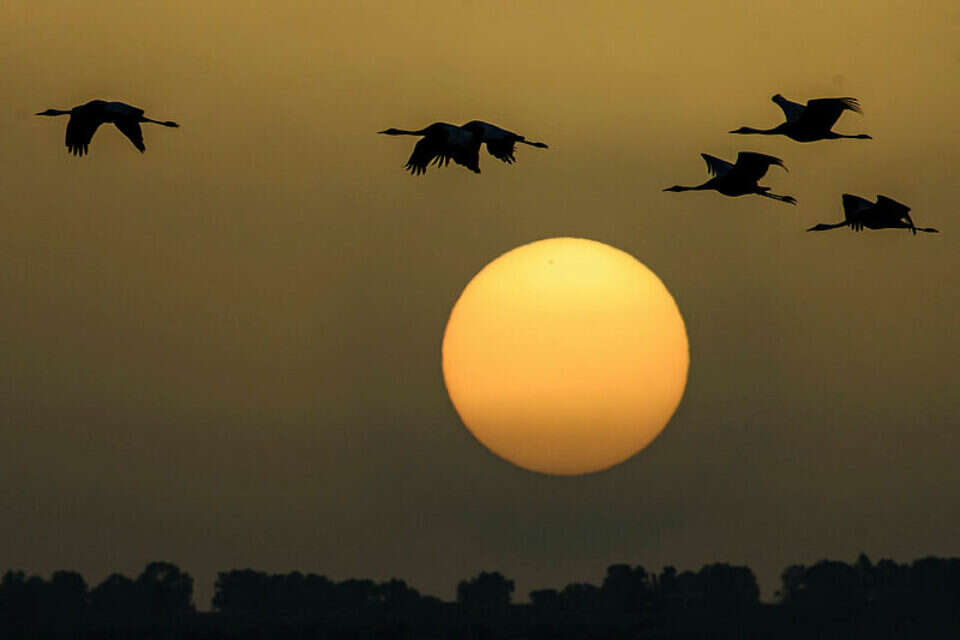 Spectacular Documentation: The First Crane Count of the Season in the Sick Reed | Israel today

Cranes make a stopover on the coast 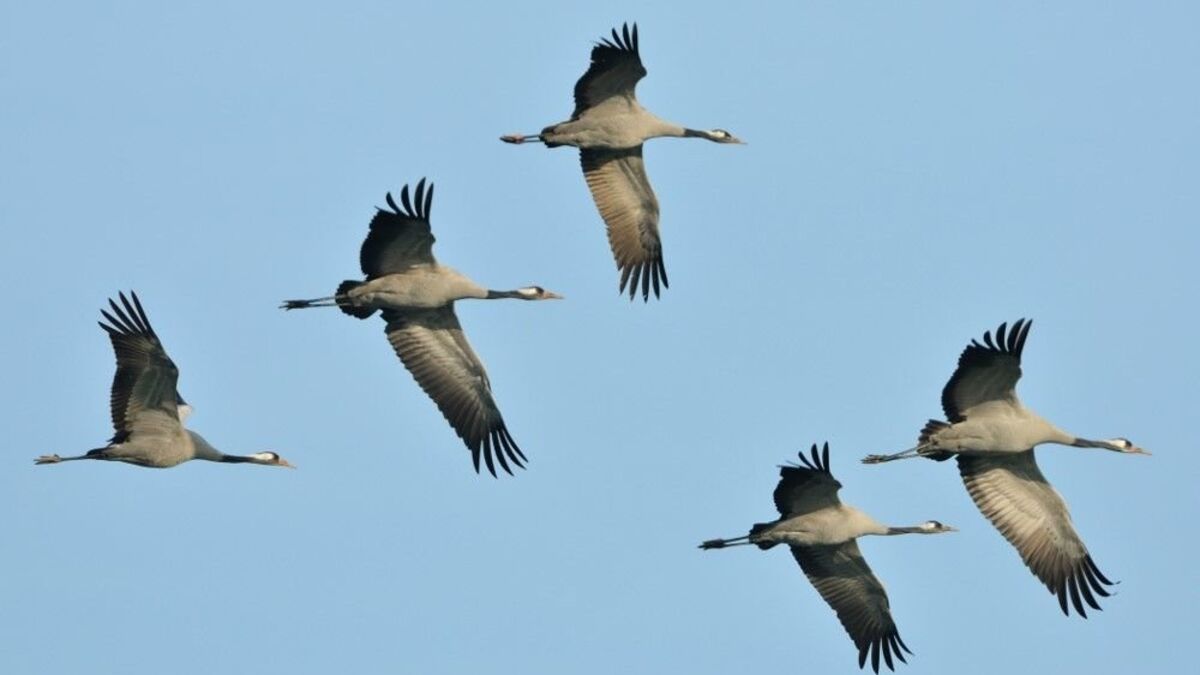 Discovering the migration of common cranes at Lac du Der

Lake Secrets: The Mystery Of The Sick Reed | Israel today

Thousands of migratory pelicans stopped by us for a break; Here you will see them on the weekend - Walla! Tourism