The number of people entering Germany illegally via Belarus and Poland is growing. In the first days of October, the federal police counted around 2,000 refugees. The first steps are now being drawn in order to better control immigration.

The number of people entering Germany illegally via Belarus and Poland is growing.

In the first days of October, the federal police counted around 2,000 refugees.

The first steps are now being drawn in order to better control immigration.

Eisenhüttenstadt - More and more refugees are coming to Brandenburg via Belarus and Poland - now they should be distributed more quickly to other federal states.

Brandenburg's Interior Minister Michael Stübgen (CDU) announced on Thursday that the federal government would set up a central registration office.

From this central contact point, the immediate forwarding of refugees to all federal states should be organized in around two weeks, said Stübgen during a visit to the initial reception center in Eisenhüttenstadt.

That takes great pressure from Brandenburg.

Only those people should be admitted to Brandenburg for whom the state is responsible according to the distribution key of the states.

According to the federal police, more than 4,300 people have illegally entered Germany on the new escape route via Belarus and Poland since August.

Brandenburg, Saxony and Mecklenburg-Western Pomerania are affected by this.

Brandenburg is home to around 2,600 people at various locations in its asylum centers.

In May, the Belarusian ruler Alexander Lukashenko announced in response to tightened sanctions by the European Union that it would no longer prevent migrants from continuing to travel to Poland and the Baltic states.

From security circles it was said that every day the police are currently picking up 150 to 200 refugees and irregular migrants who have come into the country via Belarus and Poland.

It is assumed, however, that the number of actual entries is higher.

The focus is on Brandenburg, but some refugees also arrive in Mecklenburg-Western Pomerania and occasionally in Saxony.

People form a chain against "dying in the Mediterranean"

Activists formed a human chain across Duisburg on Saturday to draw attention to “dying on the escape routes”.

The snake is a "chain of rescue for human rights", announced the organizers of the "Seebrücke" movement in advance.

This should set an example for more humanity and against the death of migrants in the Mediterranean.

People form a chain against "dying in the Mediterranean"

Saxony-Anhalt's economy is showing growing international business - both exports and imports increased significantly in the first half of the year.

As the State Statistical Office announced on Wednesday, according to preliminary results, goods worth around 9.2 billion euros were shipped abroad from January to June of this year.

That was 17.3 percent more than in the first half of the previous year.

Pope emeritus Benedict (94) could not leave quickly enough for the last visit to his brother Georg in Regensburg and ignored medical advice.

"Suddenly the strength was gone, the language was gone," said Benedikt's private secretary Georg Gänswein at an event in Rome.

Not all newcomers were registered as asylum seekers in Poland.

But even with those who were registered there, one experiences time and again that they return to Germany despite being transferred to the neighboring country responsible for their asylum procedure.

Belarus allows passengers arriving by air from certain departure locations to enter the country without a visa. These include, for example, Moscow, Dubai and Istanbul. In order to reduce the number of foreigners who are brought into the EU by people smugglers via Belarus, the Federal Government is in contact with some of the countries that are being flown from. The governments of these states should ensure that the number of flights is reduced that allow such visa-free entry. A possible danger in Germany is that Belarus could soon allow entry without a visa for flights from Pakistan.

The Brandenburg Interior Minister spoke of a "hybrid warfare" with thousands of people who would become victims.

"As far as we know, Lukashenko is expanding his human trafficking into a real travel industry with visa exemptions for dozens of countries and dozens of airlines that take on charter orders," said Stübgen.

He called for an EU-wide landing ban "for all airlines that are involved in this human trafficking" and reiterated the appeal to the EU and the Federal Foreign Ministry to diplomatically prevent human trafficking.

The deputy AfD parliamentary group leader Birgit Bessin demanded that the refugees should be detained immediately in the event of controls and illegal entry.

Help for people in need must be provided in crisis regions.

The head of the Brandenburg Central Immigration Office in Eisenhüttenstadt, Olaf Jansen, expects more than 3,000 refugees to come to Brandenburg illegally via Belarus and Poland this October.

“We have an enormous number of visitors,” said Jansen on rbb information radio.

1,600 people have already come this month.

The usual capacity of 3,500 places has been increased to 4,600 with heated tents, and that will probably increase to 5,000 places.

But the facilities are not overcrowded.

800 people have already been forwarded to other federal states.

Not all refugees wanted to stay in Germany. 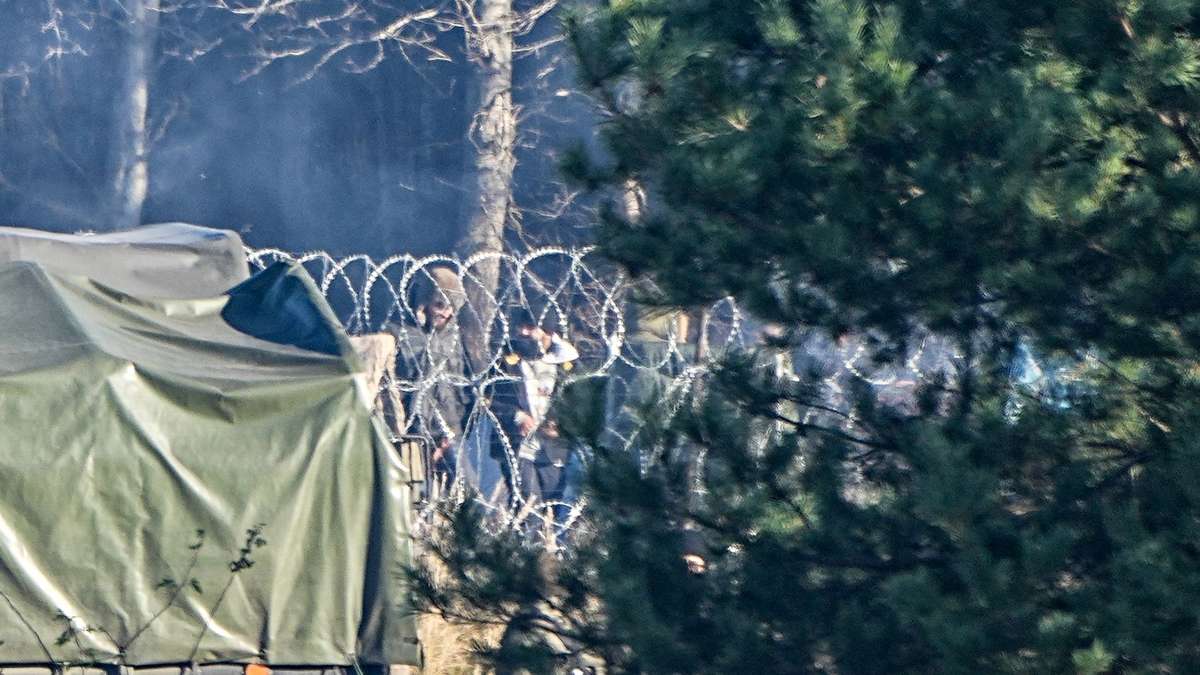 Media: Migrants cross the border from Belarus to Poland

Ministry of the Interior to extremist patrol: monopoly of force 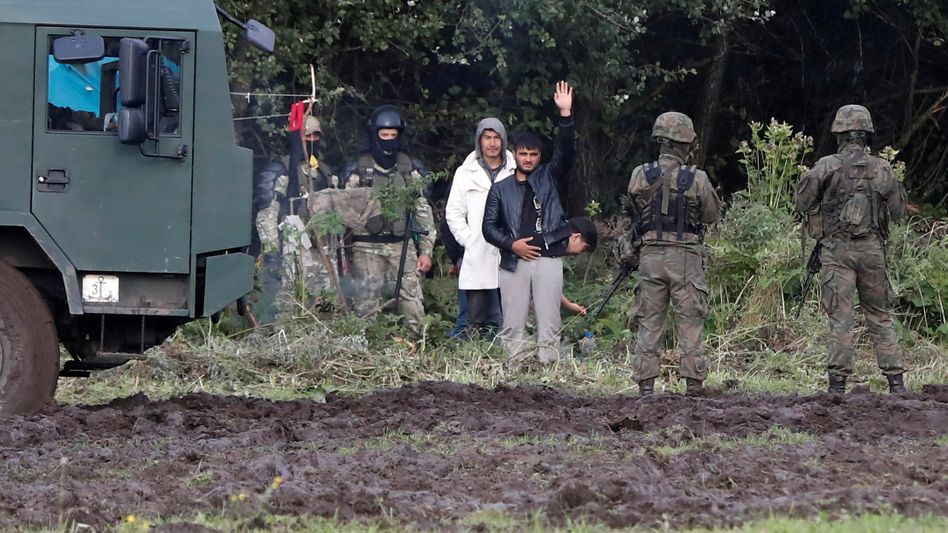 The number of illegal border crossings to Germany remains high

Justice Minister Meier against the fortified border with Belarus