100 imperial documents, 374 royal documents and two documents from the Pope belong to the holdings of the Bautzen City Archives. With funding from the federal government, the state and the city, the originals will be preserved for future generations.

100 imperial documents, 374 royal documents and two documents from the Pope belong to the holdings of the Bautzen City Archives.

With funding from the federal government, the state and the city, the originals will be preserved for future generations.

Bautzen - More than 400 years ago, an imperial scribe probably put these ornate letters on parchment. "We, Rudolf the Other, by the grace of God, Bohemian Emperor at all times ..." deciphered the Bautzen archive network director Grit Richter-Laugwitz the beginning of the document from the year 1585. The ruler Rudolf II instructs the city of Bautzen that they should never part with the crown of Bohemia. The paper has probably lost its validity in the meantime, but this handwriting is of great value for the “cultural memory of the city and region”. The unique original was part of a major backup project for the municipal archive.

Its paper treasure includes 100 imperial documents, 374 royal documents and two documents from the Pope. With the help of the Federal Government Commissioner for Culture and Media (BKM), the Free State of Saxony and the city of Bautzen's own funds, the facility has received originals from the period between 1256 and 1902 for future generations. “In the past two years, we have packed these documents in an archive-friendly manner. The documents were cleaned and placed in cardboard boxes, existing seals were fixed, ”says Richter-Laugwitz. A total of 50,300 euros flowed into new storage options for the 724 parchment documents and 3820 paper documents.

From Michael Vogel's point of view, the large bundle of documents is unparalleled in terms of “this completeness, quantity and state of delivery”. "Which municipal archive has papal documents in its holdings", says the Saxon state commissioner for inventory renewal at the SLUB Dresden. He remembers the first appointment with his colleague well. There he was not only impressed by the originals, but also by their poor condition.

The files have seen numerous city fires and an odyssey since 1900.

“First they were in the town hall, then there were various interim storage facilities, then the documents came to the Ortenburg, which was blocked by the building authorities from 1986 onwards.

The plaster trickled onto the archive materials, ”says Richter-Laugwitz.

Improper storage resulted in damage - cracks in the material, broken seals and melted wax in the paper or parchment.

The first decision of the “round table” in Bautzen was in 1990: “Save our archive”.

Ten years and numerous other interim storage facilities in banana boxes moved the archive in the Schloßstraße.

This did not save the treasure trove of documents.

A cabbage varnished with spice oil, meat from grazing animals and green electricity for the stove: Sustainable cooking is not only trendy at home, but also in restaurants.

In the supermarket, consumers have long been finding many climate-friendly or vegetarian goods.

The gastronomy does not want to lag behind: At the Berlin Food Week festival, which starts on Monday (until 26.

ADAC: Corona trend for holidays among themselves

Almost all people like to go on vacation - but in Corona times, many prefer to stay among themselves.

According to ADAC, the mass trend towards distancing is leading to vacationers being stuck in traffic jams even more than usual.

ADAC: Corona trend for holidays among themselves

After two years of renovation, the Jewish community in Neuss inaugurated its new synagogue on Sunday in the presence of Home Affairs Minister Ina Scharrenbach (CDU).

The approximately 600 parishioners are happy, happy and proud to have a home in Neuss again with the “Alexander Bederov Center”, which houses the synagogue, said project coordinator Bert Römgens.

The rich tradition results from the constitutional situation of the former Margraviate of Upper Lusatia with its capital Bautzen, which is unique in Germany.

For centuries, the region was an independent territory with its own constitution, organs of power and, among other things, responsible for issuing documents.

In order to secure the valuable documents, the city of Bautzen took its own resources into repackaging the 200 oldest documents in 2018 and 2019. "Without federal and state funding, we would have needed years to continue the measure," says Richter-Laugwitz. This commitment convinced the Coordination Office for the Preservation of Written Cultural Assets (KEK) to fund the Bautzen archive from the BKM special program. "It is a special success story that three donors - federal, state and city - have met here to carry this cultural memory into the future," says KEK director Ursula Hartwieg.

What happens next with the archival-friendly packaged documents?

The originals are already digitized so that they no longer have to be taken out of their boxes for research, at most for a restoration.

Perhaps the general overhaul of the Bautzen treasure on paper and parchment will be a new project in which the federal government, the state and the city are involved. 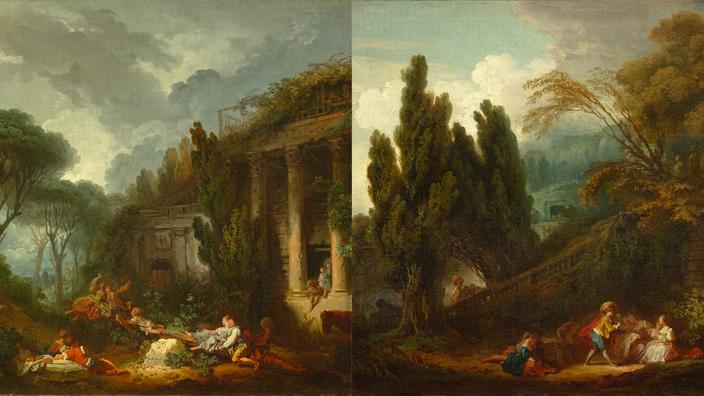 Missing for more than 230 years, two Fragonards acquired by the State exhibited in Montpellier A fiftieth woman from As-Suwayda has made her own mark in manual labor for more than 20 years, despite her disability Games and fun at Villa Rustica Immenstadt: The estate of the former Fotohaus Zeller is digitized

Lapid on construction in East Jerusalem: "We will make sure that the issue does not turn into a confrontation with the American administration" - Walla! news
2021-12-06T14:23:18.485Z