In the Eure, do agriculture and anaerobic digestion go hand in hand?

While a senatorial mission worked on the development of anaerobic digestion in our countryside, meeting in Normandy, in Saint-Je 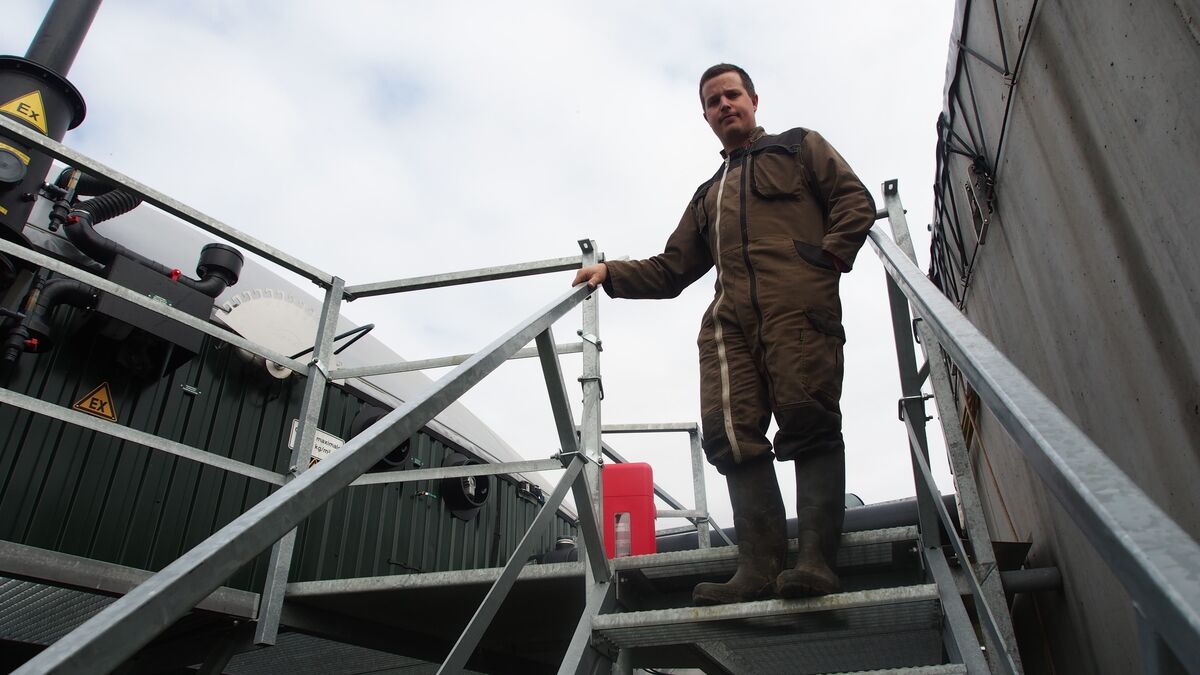 And a 4,000 square meter cylindrical digester that never stops spinning.

The Gaec de Bocquemare, in Saint-Jean-du-Thenney (west of the Eure) is the perfect example of what a growing number of French farms engaged in anaerobic digestion could look like.

And, precisely, the transformation of farms into machines to produce biogas is the subject of a recent Senate fact-finding mission weighing the pros and cons.

Among the Lebaillifs, polyculturists and dairy breeders for four generations, we believe in anaerobic digestion on the farm, a source of carbon-free energy production: "It's good for the environment and it helps secure income", thus praises Pierre Lebaillif, one of the operators, taking a tour of his installations with a power of 250 kw.

Producing energy with waste? "Why not", replies, for his part, the retired breeder Claude Bacle, representative of Confédération paysanne (the union has requested a moratorium on methanization), in the neighboring department of Orne: "But in what conditions? We are told about saving farmers with additional income while those who need help will never be able to invest in anaerobic digestion. The small market gardener, for example. "

At the Bocquemare farm, twice a day since December 2020, Pierre Lebaillif takes a quick glance, via a control porthole, at the mass which bubbles in the digester, "like a volcano", and at the crust formed on the surface. Methanization, he heard about it for the first time via the agricultural press, about ten years ago. Profitability "almost assured" attracted him, "especially when you know the fluctuations of the milk and meat markets," he notes. Several training sessions will follow, with the Chambers of Agriculture of Eure, where Pierre Le Baillif is also elected.

To date, its “medium-sized” unit produces biogas that is burnt in an engine used to supply 220 households with electricity, thanks to the transformation of slurry and manure from the farm, but also from the pool of its apples, downgraded pulp. beets bought off the farm, grass clippings and hedges in the area, and, of course, crops like wheat and corn silage. 10% of the 250 hectares of the farm are reserved for anaerobic digestion (when it is forbidden to exceed 15%).

Among Pierre Lebaillif's arguments in favor of this rapidly expanding sector, there are environmental reasons and financial advantages: "Limit the waste of by-products from the agrifood industry, be able to recover and spread the digestate produced and usable as fertilizer, and reduce the purchase of chemical fertilizers, while benefiting from additional income ”, lists the operator.

To read also "It's the end of the bocage": in the Oise, the project of an "oversized" methanizer worries

For Claude Bacle, on the other hand, the development of agricultural anaerobic digestion creates "competition with food surfaces" and causes "an increase in prices for cereals which put breeders in difficulty": "Because outside of these 15% of land devoted to anaerobic digestion, he adds, it is possible to buy cereals produced elsewhere than on the farm. Moreover, by recycling only its livestock effluents, we do not obtain profitability, it pushes to incorporate a lot of corn, for example. "

For the former breeder, farmers would get into the sector above all for “subsidies”: “They are becoming even more competitive.

Because by making money with this energy production, they can sell their food products at a loss ”.

“There is nothing new, argues Pierre Lebaillif for his part.

We have always tried to produce energy, in particular with photovoltaic panels.

"Anaerobic digestion units become a problem when they get bigger"

Has methanization in Saint-Jean-du-Thenney created a stir? Bad odors, real estate depreciation for residents, risk of industrial accident, questions about the real carbon footprint ... Methanization is "a bearer of hope", note the senators in their report, but it also raises "questions, even opposition , in many territories ”.

The farmer is of the opinion that it is necessary to "make to the right scale and keep a reasonable size", that for his type of installation the risks are minimal and swears that no, nobody complained about this unit: “Anaerobic digestion units become a problem when they grow on an unsuitable site,” he adds.

“With waste that comes from elsewhere and lots of trucks.

These units should be in industrial areas and not among farmers.

The unit could facilitate a future shift from exploitation to organic, says Pierre Lebaillif.

And the installation of a “data center” on the farm to store digital data is also being considered.

Food and digital data: On-farm activities have never been so diverse.

In the Eure, do agriculture and anaerobic digestion go hand in hand? 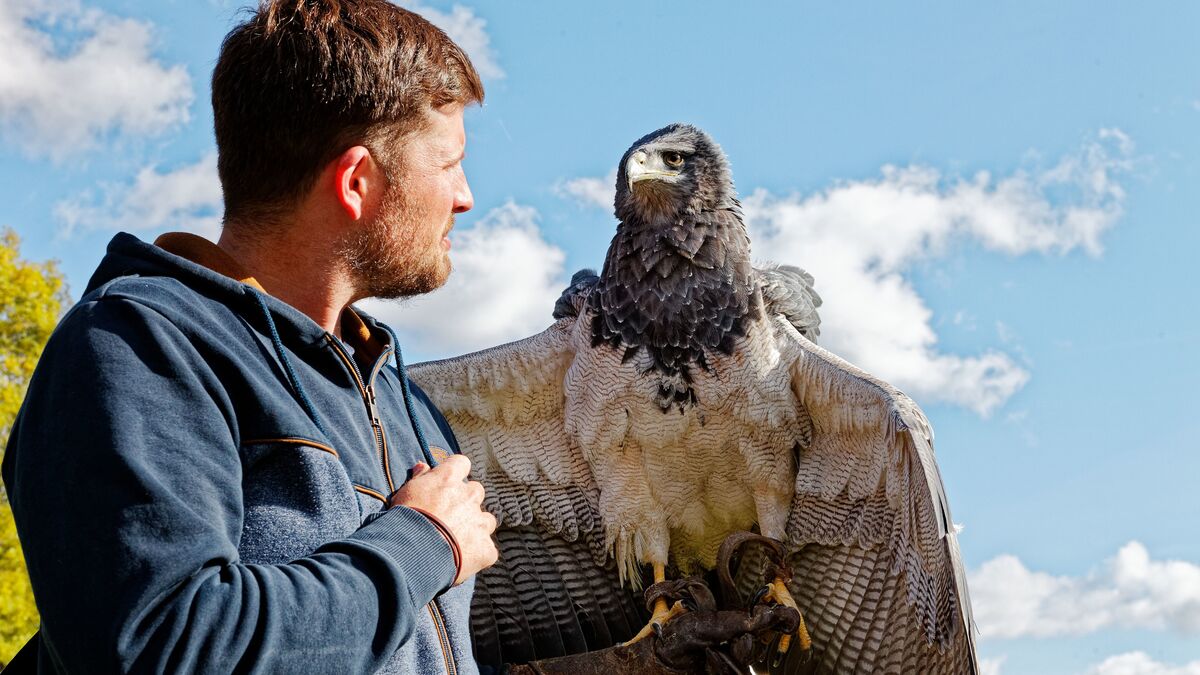 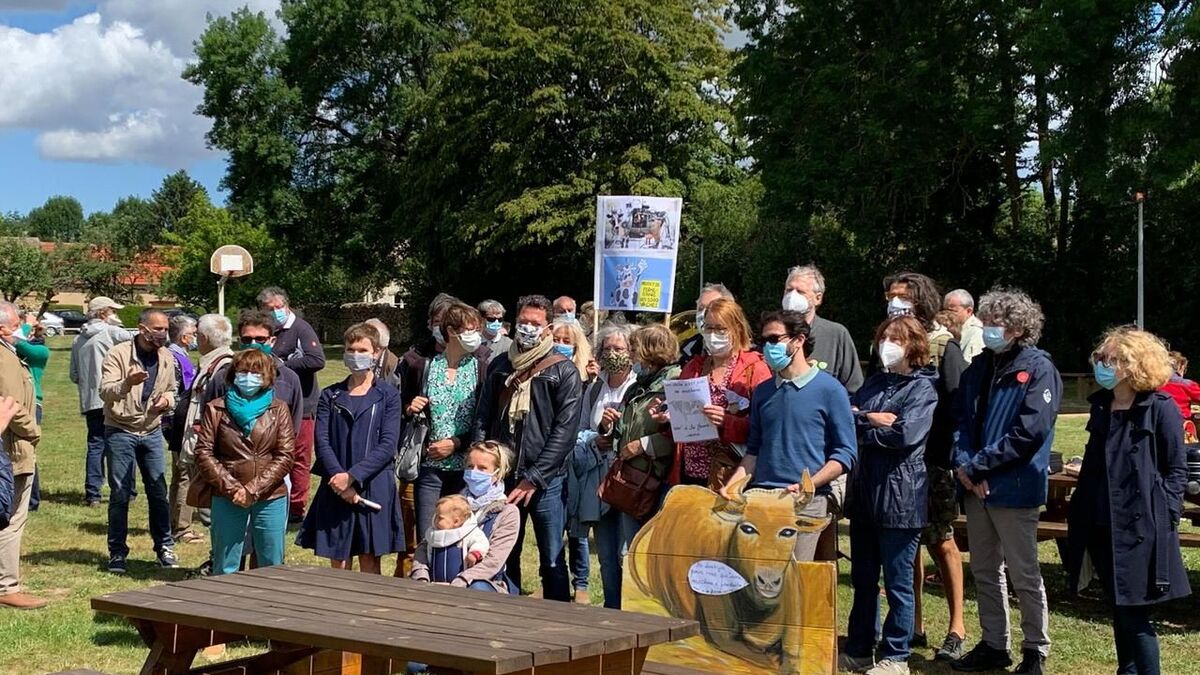 "A climate of opposition": in the Eure, the giant farm project in Houlbec-Cocherel, at the 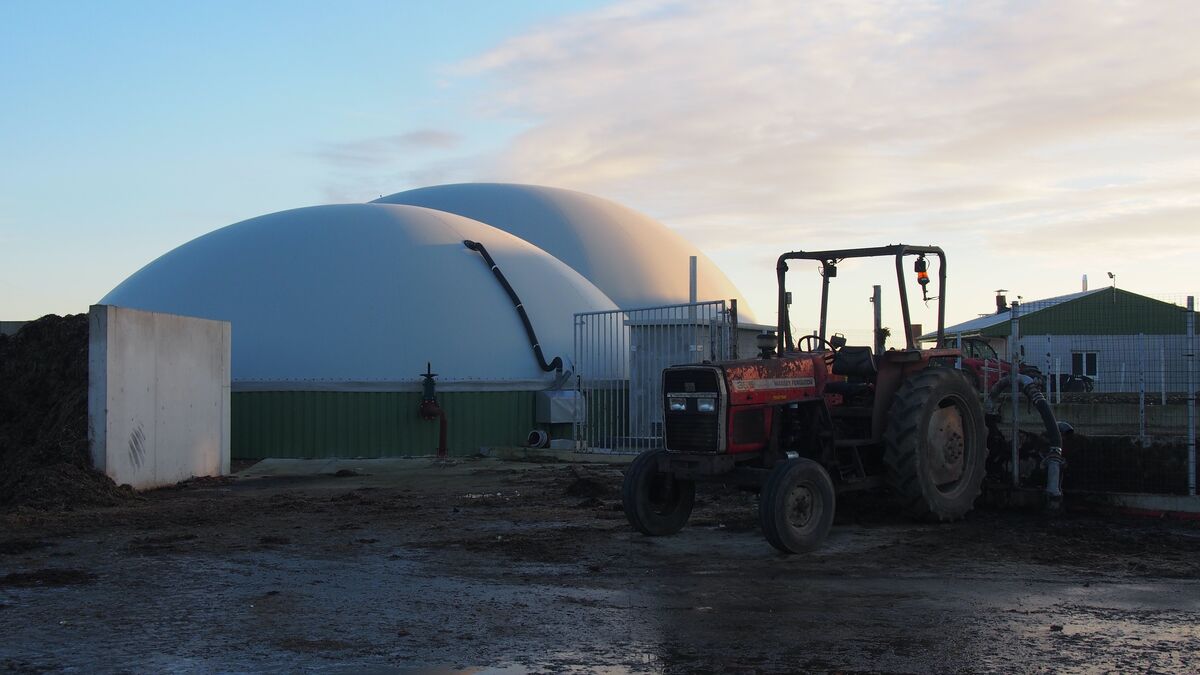 "Giving meaning to your savings": the customers of the Toulouse-based supplier Ilek can invest in renewable energies 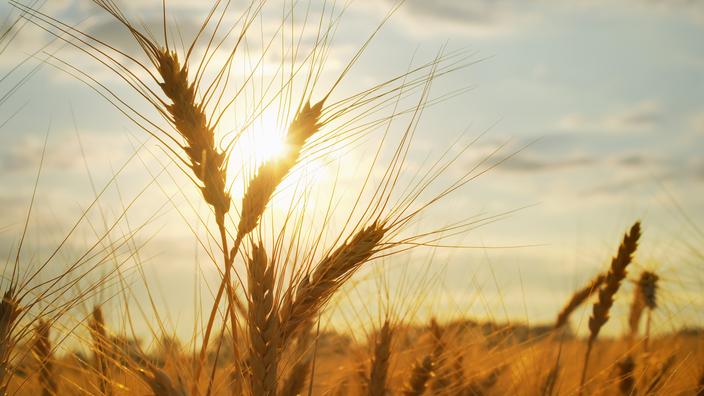 Volumes, quality: all signals are green for French wheat 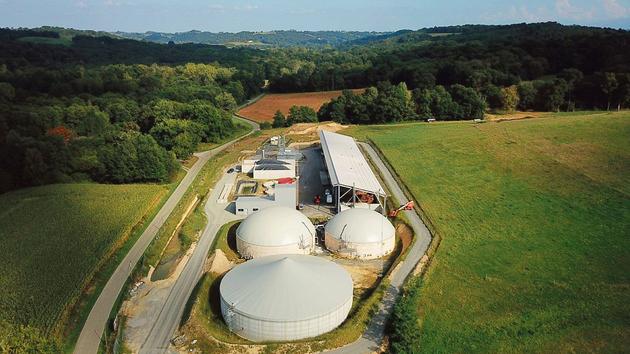 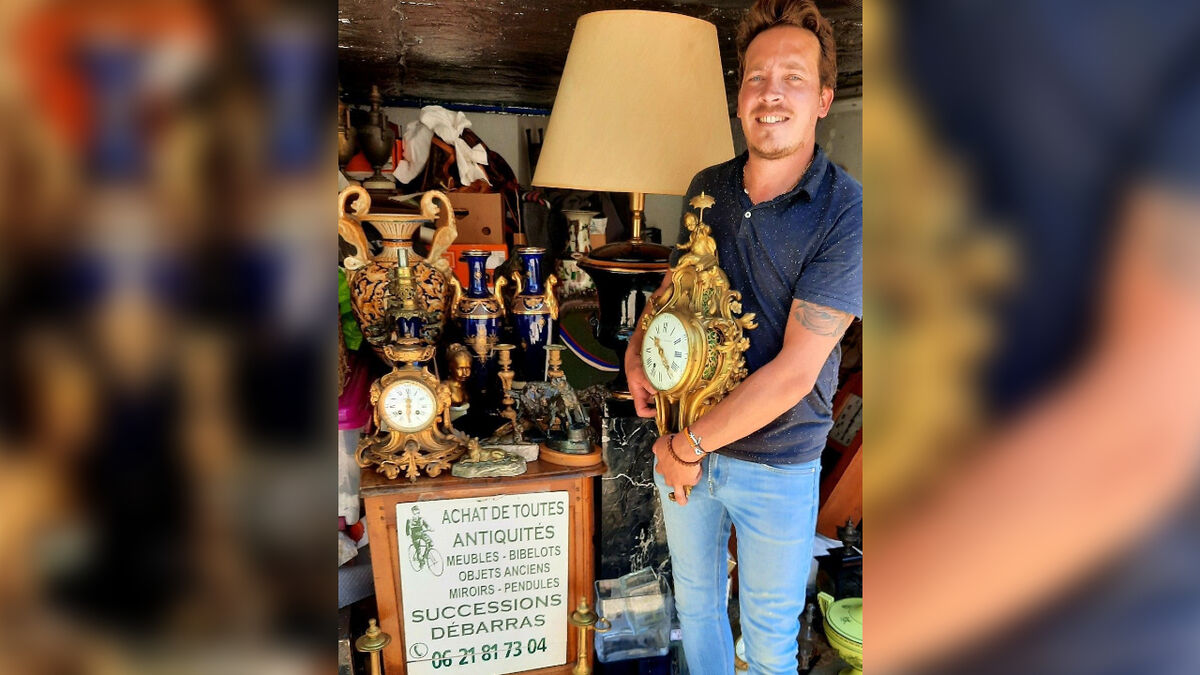 Return of flea markets: "Nothing replaces physical contact with customers" 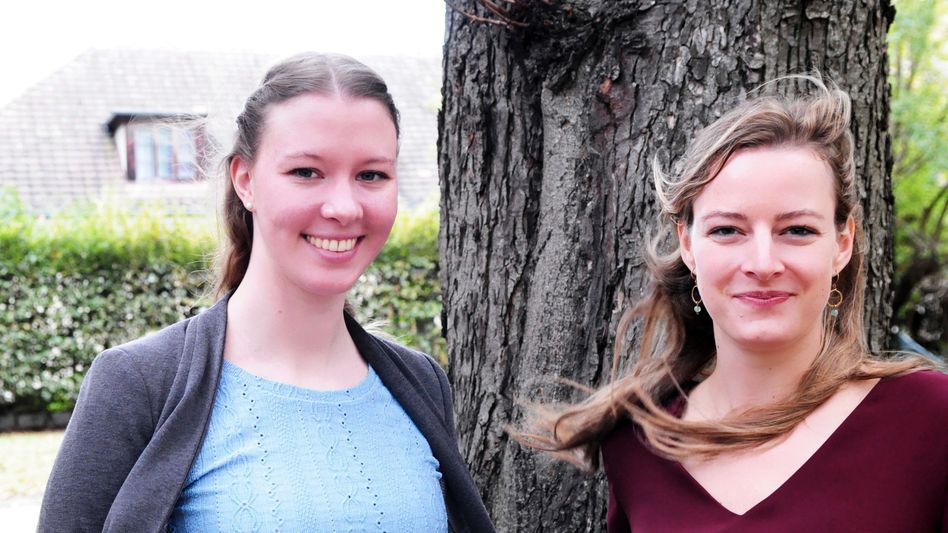