The dust and ashes of the “Cumbre Vieja” volcano sometimes perform such a bizarre natural spectacle that even researchers are amazed. 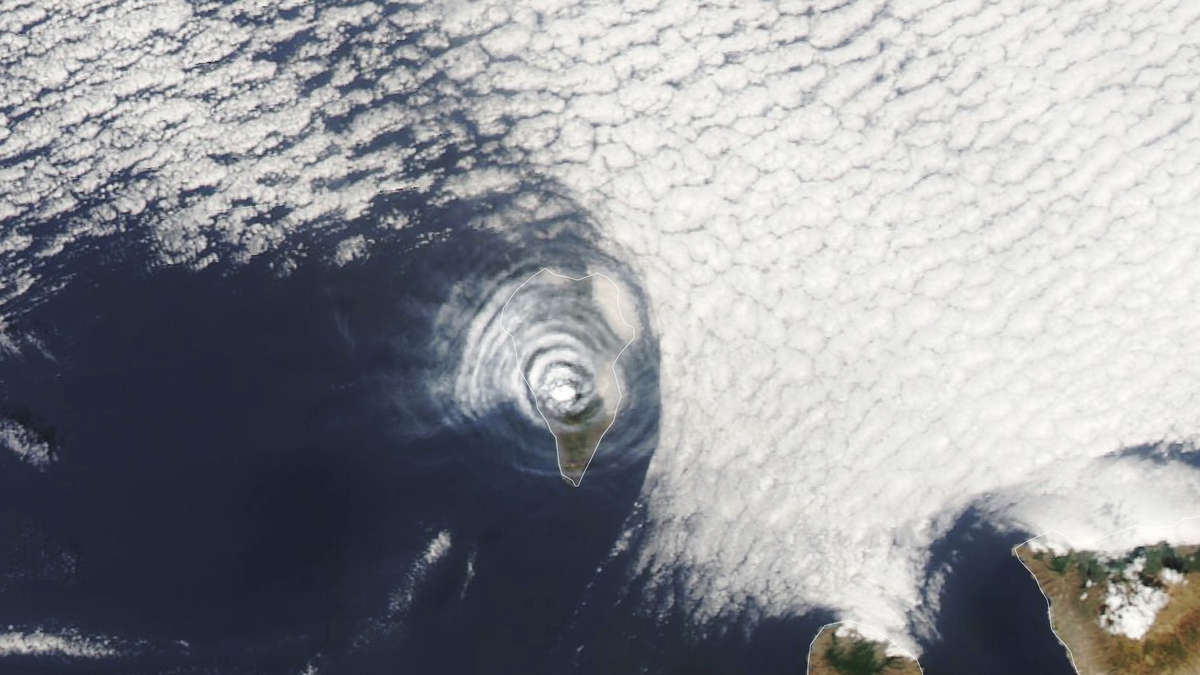 The dust and ashes of the “Cumbre Vieja” volcano sometimes perform such a bizarre natural spectacle that even researchers are amazed.

La Palma - For around three weeks the Cumbre Vieja has been throwing smoke, ashes and huge magma bombs into the air on La Palma.

Now satellite images from NASA's Earth Observatory have captured a bizarre effect, as

A strange phenomenon occurred high above the chimney: the volcano puffed rings like a cigar smoker.

Experts from the Izaña Atmospheric Research Center on Tenerife were able to explain the strange phenomenon: an inversion layer in the atmosphere was to blame.

In these weather conditions it is warmer at high altitudes than on the ground.

A warm, dry layer of Sahara air had accumulated at an altitude of about 5.3 kilometers.

Ashes and gas thrown out could not rise any further.

If the parts of the eruption hit the “heat bar”, it would be expected that a closed ceiling would form.

According to the scientists, this is due to the fact that the volcano does not eject its ashes evenly, but in bursts - as if it had a smoker's cough, so to speak.

The volcano still refuses to calm down.

Its magma has so far increased the island by a lava field of 30 hectares.

At the same time, over 350 hectares of inhabited area have been covered so far.

In the village of Todoque, according to the Institute of Volcanology of the Canary Islands, a lava flow at 1240 degrees has now destroyed the last remaining buildings.