Olaf Scholz traveled to the US capital one last time as Treasury Secretary. This short trip has not yet taken him to the White House - but it hardly hurt the good mood.

At some point it is too much even for him.

Olaf Scholz is standing on the roof terrace of the Hive Hotel in Washington and his eyes are closing.

He nods away for a few seconds.

Who could blame him?

It's already five in the morning in Germany.

Normally he would be in bed, but now he has to stand here on the hotel terrace and patiently answer the correspondents' questions.

What an endless day

On Tuesday morning, Scholz conducted exploratory talks with the FDP and the Greens in Berlin.

Then he flew to Washington in the government plane for nine hours, freshened up in the hotel and drove to the residence of the Canadian ambassador.

Dinner with his counterpart Chrystia Freeland from Ottawa.

Scholz has hardly had any alcohol for a long time, but that evening he toasted Freeland with a glass of champagne.

There was reason to celebrate.

The Canadian is Scholz's close ally.

Together, the two have fought for a global minimum tax of 15 percent for large companies over the past few years.

Now it is time.

“Yes, we made it!” Scholz calls into the microphones the next morning.

136 countries have now agreed to the agreement, including the world's most important economies.

Scholz and Freeland have positioned themselves so that the White House can be seen in the background. "Merci beaucoup, Olaf, for the good cooperation," says the colleague and congratulates him and the SPD, the "good friends of Canada", on their election success. Even Scholz can no longer hide his true state of mind for a moment. He smiles, he is fine, soon he will be Chancellor. He has no doubt about that.

But now he is on the road one last time as finance minister.

The annual meeting of the IMF and World Bank is a must for him and his colleagues.

You can't skip it, even if you're in the process of forming a new government.

And so Scholz arrived, if only for one day.

It’s going back on Wednesday evening, and it’s going to land back in Berlin on Thursday lunchtime.

After all, the probing should end on Friday, and he shouldn't be missing.

The meeting with Biden still has to wait

He is repeatedly asked whether he already knows US President Joe Biden, but Scholz does not know him.

He won't meet him now either.

That can still wait.

He'll get to know him soon enough.

No, he is now in Washington as Treasury Secretary, not future Chancellor.

But of course that's only half the story.

The explorations in Berlin are at least as worried about him as the struggle for a global minimum tax.

And he's doing the best of things there too.

Anyone who accompanies Scholz on his short trip to the USA will experience a man who seems to be at peace with himself and the world.

His state of mind can be described in one word: cheerful.

He has taken part in enough coalition negotiations in his life not to repeat the old mistakes again.

You will only be successful if all partners can finally find themselves in the result.

The outcome of the negotiations must not only be good for the SPD, it must be good for everyone.

Scholz is convinced of that.

Anyone who divides the coalition partners into "cook" and "waiter" from the outset will lose.

Next time in the White House?

And he knows something else from his time as a lawyer and labor lawyer.

You make social contracts, but as soon as you think you have to look inside, it's clear that there is a problem.

The same applies to coalition agreements.

None of the parties came out of the election campaign the way they went in.

Everyone has changed, and everyone will continue to change in the course of the negotiations, believes Scholz.

In no other party can this be demonstrated as well as in the SPD.

As discouraged as she went into the election campaign.

And so optimistic about how she got out.

That will also determine the coalition negotiations.

One should never govern differently from what was promised in the election campaign.

Conversely, this means: You shouldn't make promises in the election campaign that you can't keep in the government later on.

Scholz has a clean slate.

He is sure that he has literally followed the Blair Rule to the letter over the past few months.

And so he is confident of victory on Wednesday morning in front of the White House.

He will hold the next New Year's address as Chancellor.

He leaves no doubt about that.

He'll be on vacation for a few days over Christmas.

And at some point be back in Washington.

This time as a guest of the US President in the White House. 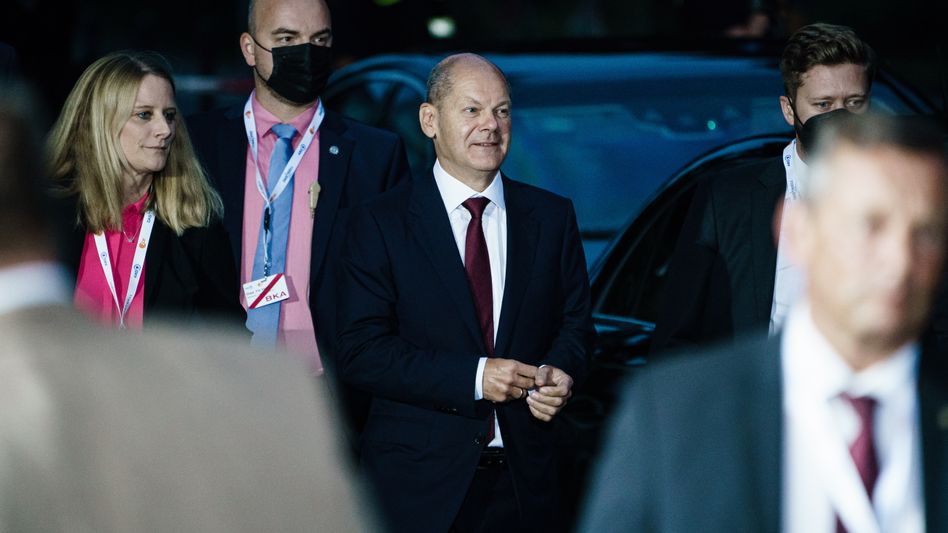 When Smurfs hit the ice - Column by Nikolaus Blome 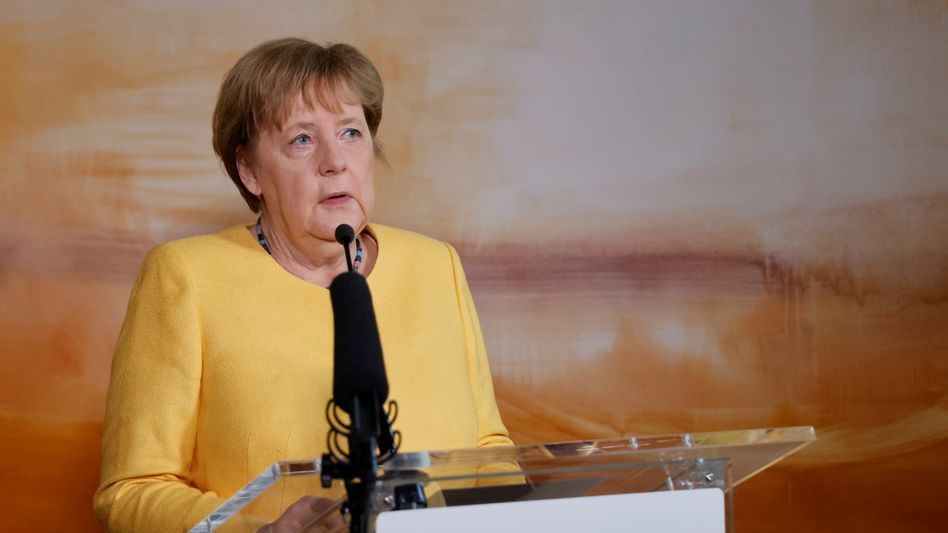 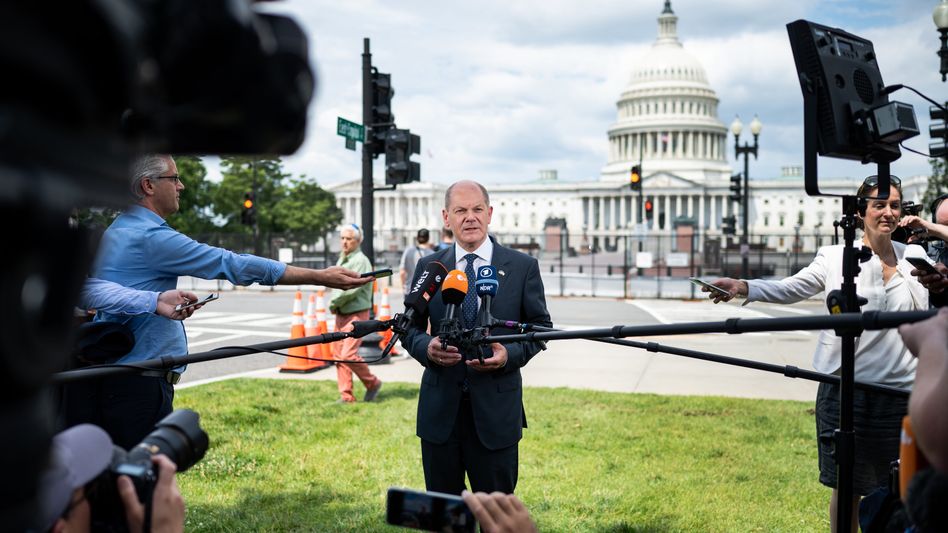 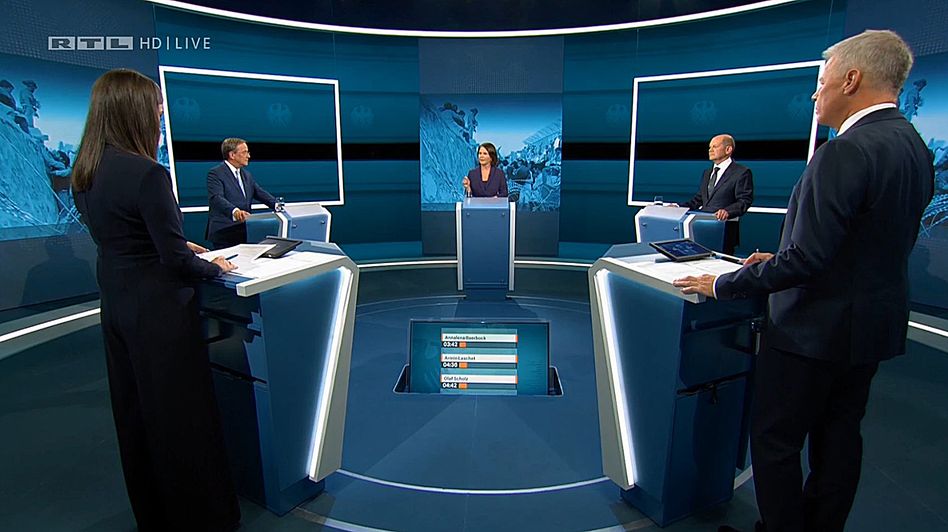