Residents cried and looked forward to living in transitional housing. Chen Fan urged to find a district councilor: the government will not hesitate to provide suitable housing

The Democratic Alliance for the Betterment of Hong Kong held a "Farewell to Subdivided Housing" roundtable today (14th). The Secretary for Transport and Housing, Chen Fan, attended the meeting. Ms. Lin, the sub-divided house, will appeal and say that she lives in a 120-foot sub-divided house in Sham Shui Po with her husband and young daughter. 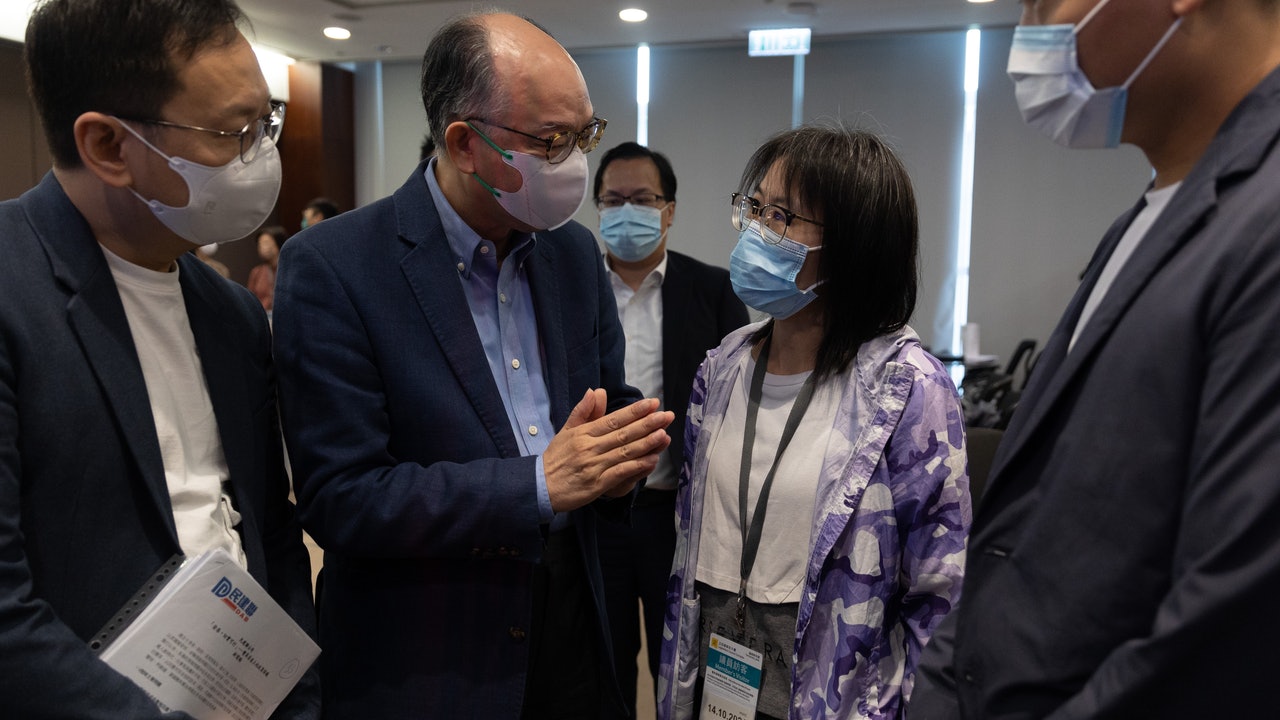 The Democratic Alliance for the Betterment of Hong Kong held a "Farewell to Subdivided Housing" roundtable today (14th). The Secretary for Transport and Housing, Chen Fan, attended the meeting.

Ms. Lin, a subdivided household, would appeal for the distress, saying that living with her husband and young daughter in a 120-foot subdivided unit in Sham Shui Po, the monthly rent is 5,000 yuan. However, under the epidemic, her income has dropped drastically and her life is difficult.

Lin Xuhui pointed out that he has been waiting for public housing for six to seven years, but there has been no response. Families of 20 years old are given priority to move into transitional houses.

Chen Fan responded that according to the current policy, 80% of transitional housing is allocated to families waiting for public housing for more than three years, and the remaining 20% ​​is handed over to the social welfare agency to provide "self-allocation" for people with special needs, referring to the current transition in Sham Shui Po Sex housing is now accepting applications. Ms. Lin asked the DAB Sham Shui Po District Councillor Liu Peiyu for assistance, "You are looking for Peiyu, and he will help you!" After the roundtable meeting, Chen Fan stepped forward to talk to Ms. Lin and said Condolences.

The chairman of the DAB, Li Huiqiong, addressed the roundtable, saying that the DAB supports the development of New Territories North and the development of more land to solve the deep-seated contradictions that have plagued Hong Kong for a long time. He also pointed out that the DAB has proposed reforms on land and housing earlier. In particular, the government is required to include "three years of property listings", youth home ownership, and bidding farewell to sub-divided houses into the long-term housing strategy goals.

Cheng Yongshun, a member of the DAB Legislative Council who initiated the "Farewell to Subdivided Housing Campaign", pointed out that in the face of severe housing problems, Chen Fan has worked very hard in the past four years, including the promotion of transitional housing, the introduction of rent subsidies, and the promotion of subdivided rent management, but I think the government still needs to work hard and improve a lot.

He put forward ten major initiatives, including asking the government to formulate a comprehensive social housing policy, formulating initial rents for subdivided houses, and basic space requirements for units, etc., emphasizing that "unsuitable housing" should be said goodbye, so that subdivided housing is no longer the only grassroots unit. Rental options.

Mak Mei-juan, a member of the Legislative Council of the Federation of Trade Unions, pointed out that the problem of subdivided housing is not just about housing and land, but about poverty. "The Secretary for Labour and Welfare should take care of it! For short-term work, the Labour and Welfare Bureau is incumbent on it. "She cited a number of examples, saying that Hong Kong is currently facing a disparity in income and assets between the rich and the poor, and income cannot keep up with the increase in property prices.

Rong Haien, a member of the Legislative Council of the New Democrat Party, agreed with Mai Meijuan and believed that the government should vigorously help the poor.

The DAB Legislative Council Member Ke Chongsheng proposed to propose a new HOS scheme. The new HOS flats are targeted at young families and marginal middle-class families. The new HOS flats will be sold in five-year uncompleted flats and will increase the chances of drawing lots; for those who have failed to win the lot, have young children, and have elders in their families. The applicant provides one more chip.

The DAB held a "Farewell to Subdivided Housing" roundtable meeting. The Secretary for Transport and Housing, Chen Fan, attended the meeting.

After listening to the speeches of the participants, Chen Fan responded that the discussion at the meeting was in-depth, that the housing problem reflects the gap between the rich and the poor in Hong Kong, emphasized that he has been communicating and cooperating with other policy bureau chiefs, and stressed that the government has targeted to assist poor families.

Chen Fan pointed out that all housing policies are not accidental. He recalled that on the ninth day of taking office as the director, he and the community organization association He Xihua visited the sub-houses. The government subsequently launched the social housing sharing program in September 2017.

Regarding the participants’ suggestions to convert vacant school buildings and industrial buildings into transitional housing, Chen Fan pointed out that as long as the government is aware of short-term idle buildings, the authorities will study them.

Chen Fan: Waiting for the rental subsidy to receive 60,000 applications

Regarding the management of subdivided rents, Chen Fan pointed out that the Rating and Valuation Department has set up a team of fifty people to produce leaflets to provide appropriate information for residents of subdivided housing such as ethnic minorities, and emphasize that providing suitable housing for the public. Provide citizens with a safety net for suitable residences.

Interview ︱ Zheng Yongshun urges to bid farewell to subdivided housing, the road map to increase to 50,000 transitional housing to achieve 3 years of going upstairs to bid farewell to subdivided housing. When will the SAR government take action. After the housing security problem, the youngster wants to have privacy, but there is indeed a policy address for the harsh environment.

Demolition | The New Territories North Metropolitan Area Difficult to Solve Short-term Housing Demands, There Is No Solution to the Subdivided Housing Policy Address | The Social Association criticizes the lack of immediate relief measures to wait for 7-year residential tenants to go upstairs: The pressure is great, and the 130-foot subdivided apartment does not share kitchen and toilet in Lohas Park The monthly rent of $5200 for the water and electricity media was reprimanded for making all the money. The investigation found that the rent control window period was tightly increased. Tenants: tried to increase the rent from $4400 to $7500 Subdivided rent management | Concerned groups: 20% of subdivided households have increased their rents, and some households have paid nearly 10,000 yuan per month. Subdivided rent management has reduced the ceiling of the increase.

Residents cried and looked forward to living in transitional housing. Chen Fan urged to find a district councilor: the government will not hesitate to provide suitable housing 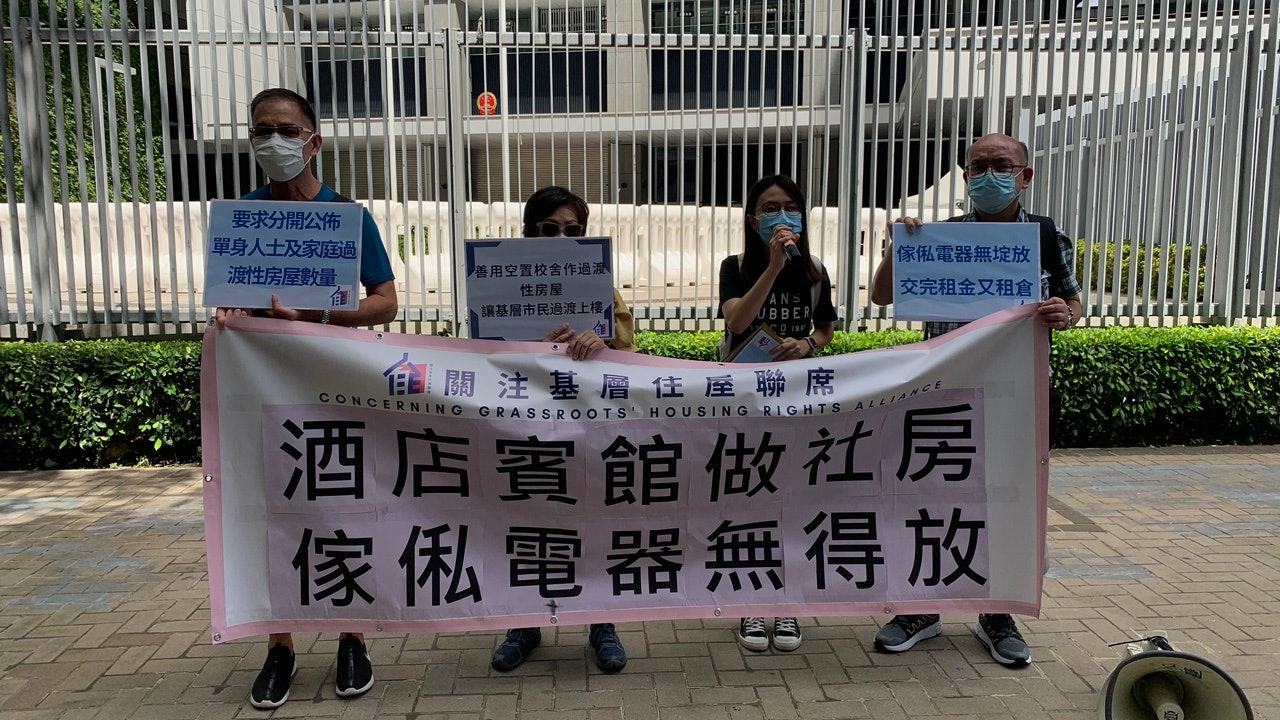 The government promotes hotels and guesthouses as sub-household tenants of transitional housing: small number of beneficiaries, no solution 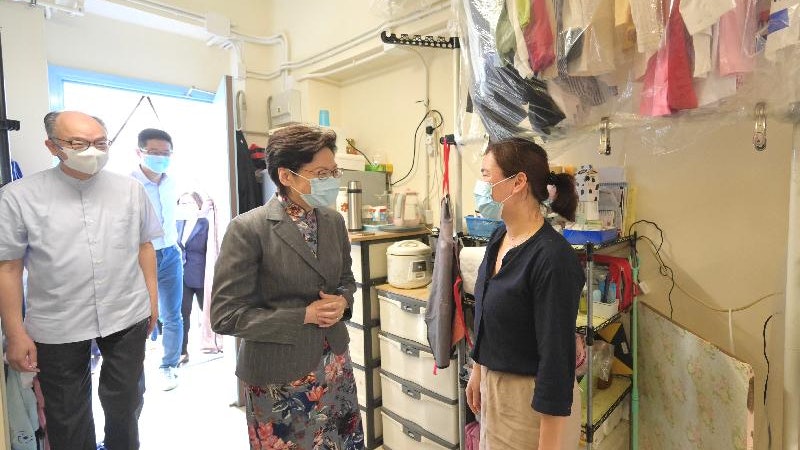 Lam Cheng explores the residents of transitional housing: deeply feel their inner joy and hope to solve the difficulty of going upstairs completely 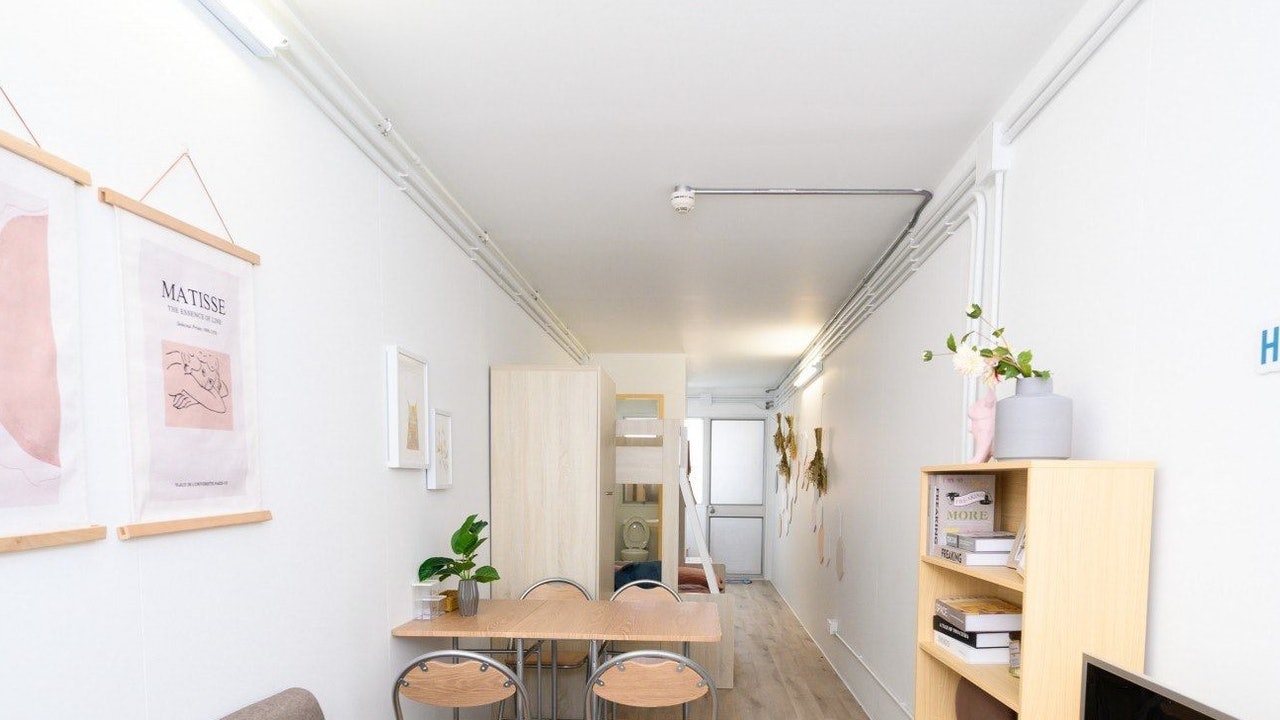 From resisting to relying on the government 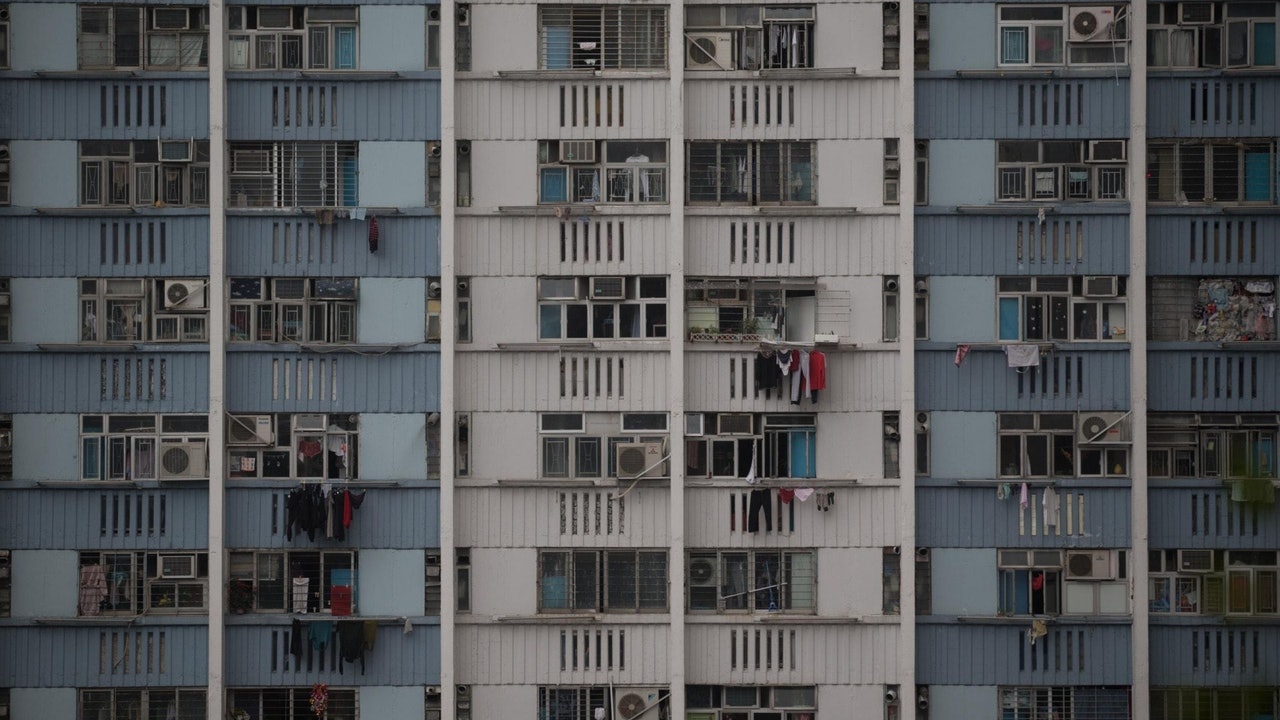 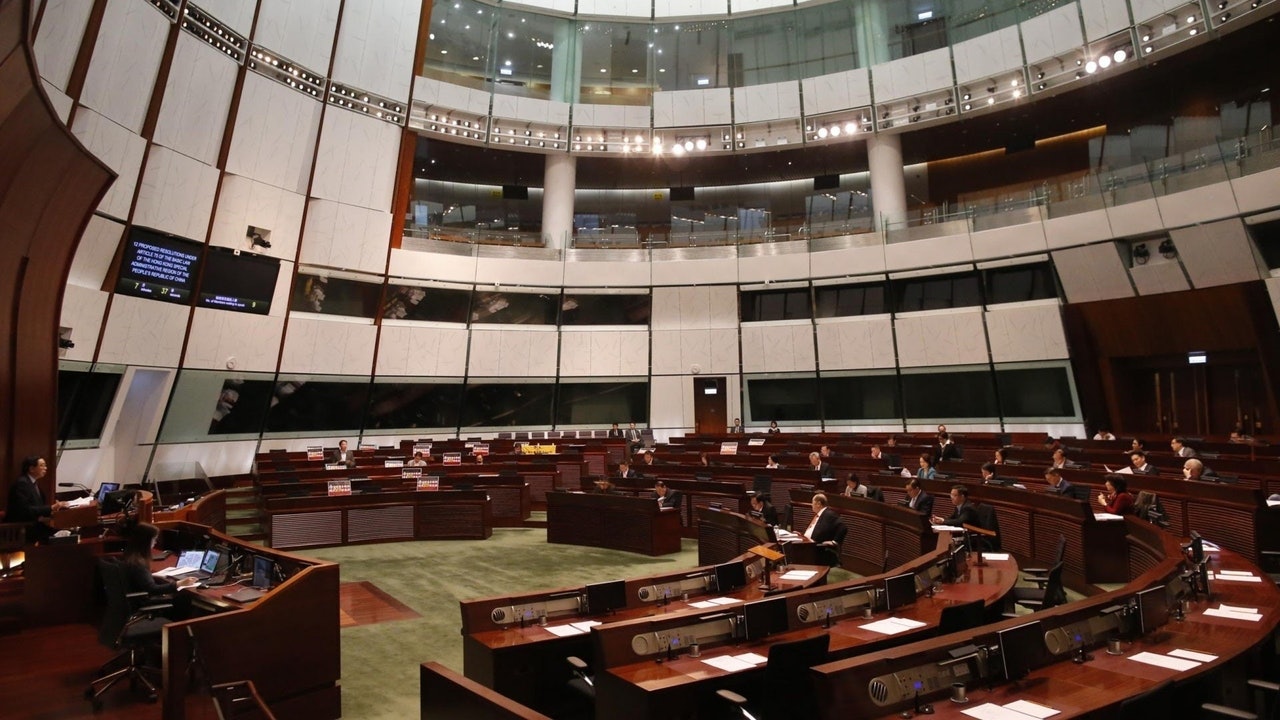 The Legislative Council General Assembly ︱ the second reading of the rent management passed Tian Beichen abstained: no initial rent is like a fake 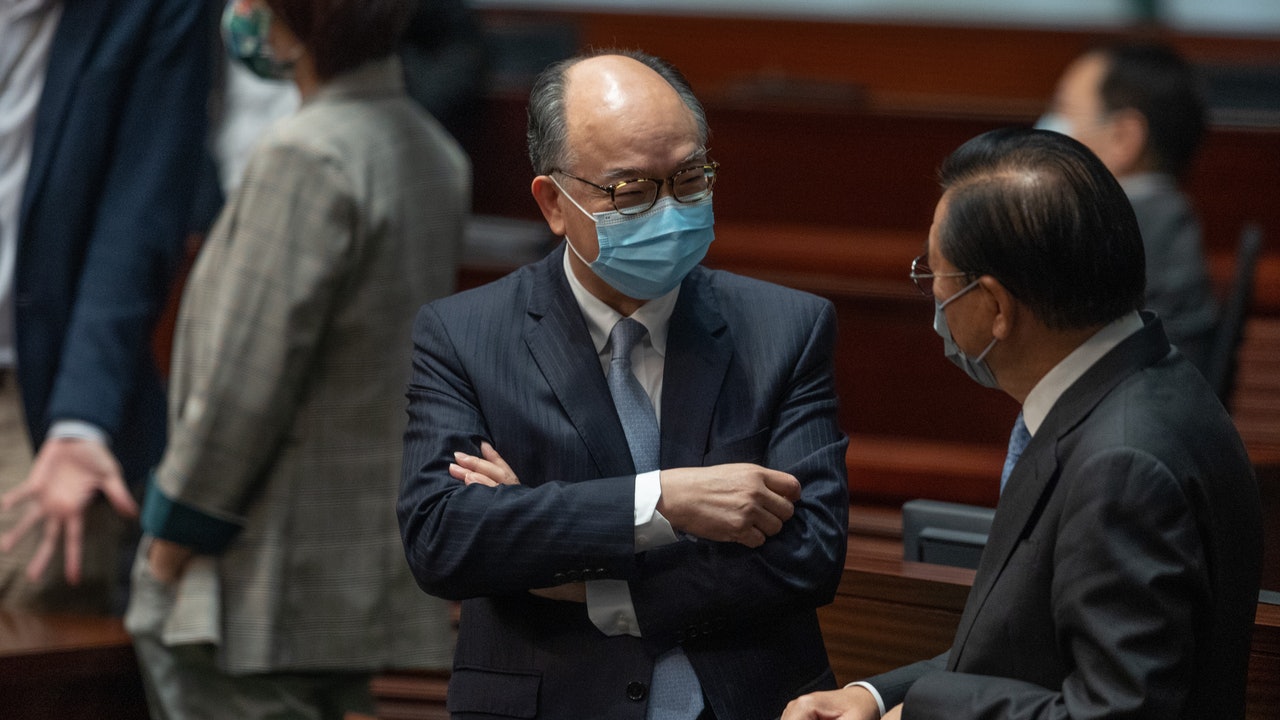 Farewell to the sub-houses︱ Chen Fan points to the root cause of land construction and Shi Liqian: A good answer means a good job

The Mexican youtuber 'YosStop', accused of child pornography, is released from prison after reaching a reparatory agreement
2021-12-01T13:56:10.853Z

The Supreme Court hears this Wednesday an abortion case in Mississippi that challenges this right across the country
2021-12-01T13:54:57.128Z

Wheat and barley cultivation begins and work is underway to secure all agricultural production requirements
2021-12-01T13:24:58.722Z