Advent markets at Tegernsee: There is a strong tendency towards 3G

After the compulsory Corona break, the Tegernsee Valley invites you to its popular Advent markets again this year. However, under new circumstances. Presumably, the 3G rule will apply to a visit. After the compulsory Corona break, the Tegernsee Valley invites you to its popular Advent markets again this year.

However, under new circumstances.

Presumably, the 3G rule will apply to a visit.

- If the state government has its way, booth magic and mulled wine enjoyment can take place again this year with almost no restrictions. For the Christmas markets in Bavaria there should be neither 3G nor mask compulsory, it said on Wednesday. Fencing of the market area is also not required. At Tegernsee, where the Advent magic always attracted thousands of visitors in pre-Corona times, the communities will in all probability still play it safe.

That would mean: anyone who wants to visit one of the three planned Christmas markets in Tegernsee, Bad Wiessee or Rottach-Egern has to be vaccinated, recovered or tested.

The final decision on this, Rie emphasizes, will only be made at the end of the month in consultation with the mayors.

Since Corona, people have become cautious in the Tegernsee Valley.

Even in the tourist summer season, TTT and municipalities - despite easing - prefer to focus on events in a smaller format.

This should now apparently also apply to the pre-Christmas period.

Only this week, those responsible sat together to discuss the preliminary framework concept for the Advent markets around the lake, reports Rie.

The result: the organizers want to set up an entrance and exit area on the respective market areas including admission control.

"We will try to channel the flow of visitors," emphasizes Rie.

An upper limit of 1000 people per market is intended to help maintain the distances required by the government.

Because of Corona: This year there will be neither shuttle ships nor special buses

In the past, the attraction of the Tegernsee Advent Magic was that visitors could experience all three markets at once thanks to the shuttle boat or shuttle bus.

The organizers are deliberately moving away from this concept this year because of Corona.

According to Rie, neither shuttle ships nor special buses are used.

In order to limit contacts, “we want to curb the thought of changing,” he says.

That is why the castle market in Tegernsee, the Rottacher Advent on the lakeshore and the Bad Wiessee lake advent are not marketed under the slogan “Advent magic” this year.

According to Rie, this name is too closely associated with the shuttle boats.

Speaking of marketing: TTT will not advertise the Christmas markets on the lake in the greater Munich area this year in order to avoid a rush of day visitors.

The winter campaign aims to “generate visitors who are relevant to overnight stays”, explains Rie.

That is in the foreground.

For Rie it is clear: Whether the markets can actually take place always depends on the current infection situation.

"If we have extreme numbers, it can still become a guillotine."

Advent markets at Tegernsee: There is a strong tendency towards 3G Now it's a done deal: Tegernseer Tal relies on 3G for Advent markets Advent markets put to the test again: the decision will be made at the meeting of the mayors next Wednesday 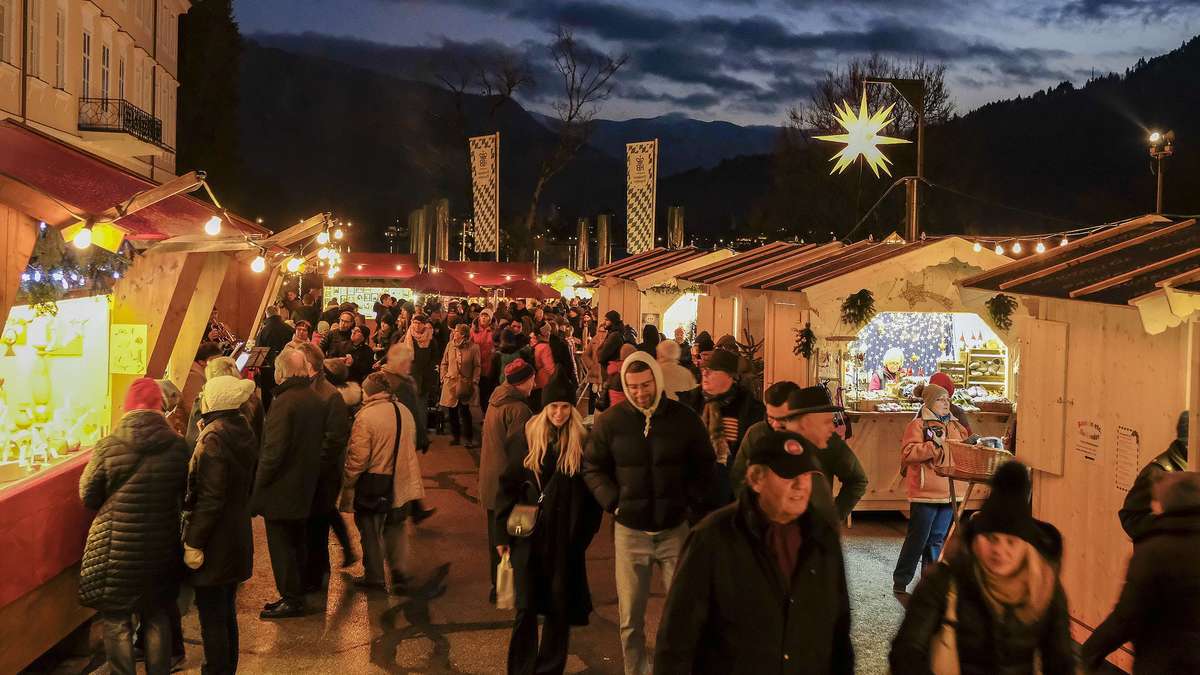 Advent market in Wolfratshausen canceled, Christkindl market is being put to the test again Christmas markets are to take place