Obviously shocked, a car driver in Weilheim gave uncontrolled gas on Thursday afternoon and drove straight into a guardrail by the stream. 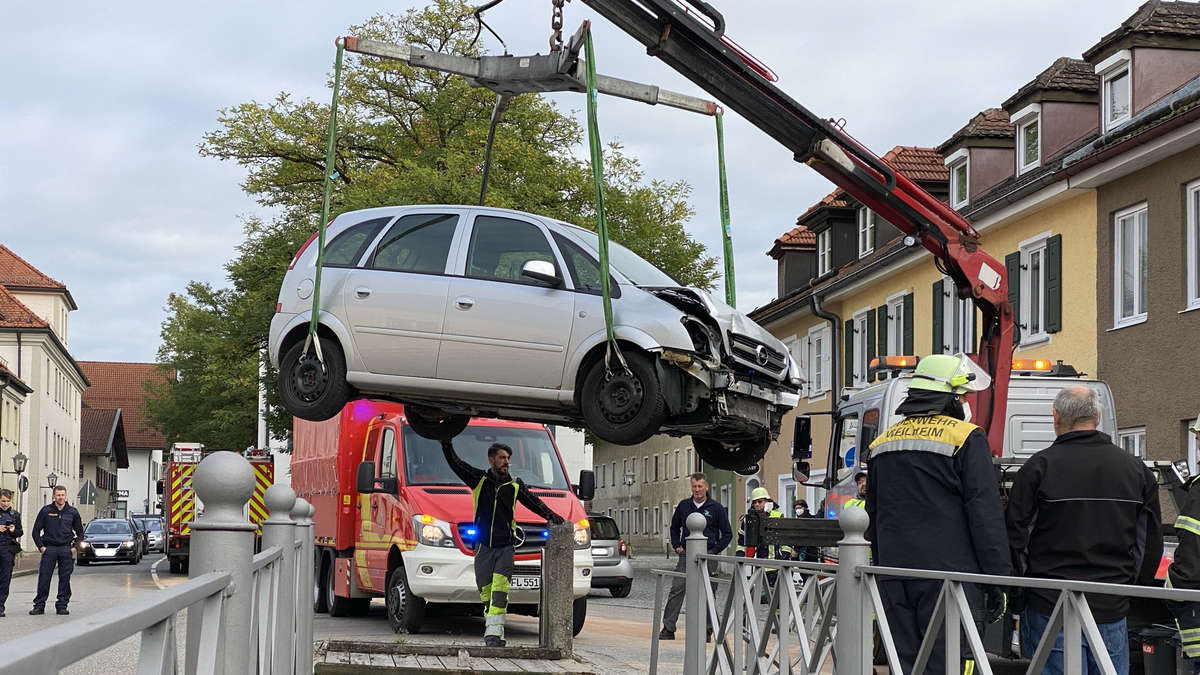 Obviously shocked, a car driver in Weilheim gave uncontrolled gas on Thursday afternoon and drove straight into a guardrail by the stream.

- The alert was definitely unusual - "but there is nothing that doesn't exist here," said Weilheim's fire brigade commander Stefan Herbst about a mission on Thursday afternoon around 3 p.m. in the upper town of Weilheim. "Cars in Stadtbach - running fluids" was the first message. The fire brigade feared the worst, but found on site that the vehicle had broken through the railing, but fortunately had not fallen into the stream, says Herbst. When the firefighters arrived, the woman was already being looked after by the emergency services.

As the police reported, the 75-year-old driver first drove in the direction of Marnbach.

At the level of the common lane, she turned her car and wanted to drive back in the direction of Weilheim town hall.

She came too far to the right and hit the curb.

Obviously frightened by this, the woman accelerated uncontrollably and drove the car straight into the guardrail, according to the police report.

The fire brigade took over the technical rescue.

Contrary to what was feared, no operating materials got into the stream.

Everything remained in the street area, said Commander Stefan Herbst.

However, the Upper City had to be closed on one side for road cleaning and recovery.

The 13 deployed forces were able to end the mission after just over an hour.

The car that caused the accident was no longer ready to drive and had to be towed away.

A concrete post from the bridge railing landed in the stream.

According to the police, a car standing on the opposite lane was also damaged by the railing.

The police estimate the property damage at a total of 6,000 euros.

The driver was taken to the hospital by ambulance on suspicion of a bruise.

All police reports from the Weilheim-Schongau region are available in our blue light ticker. 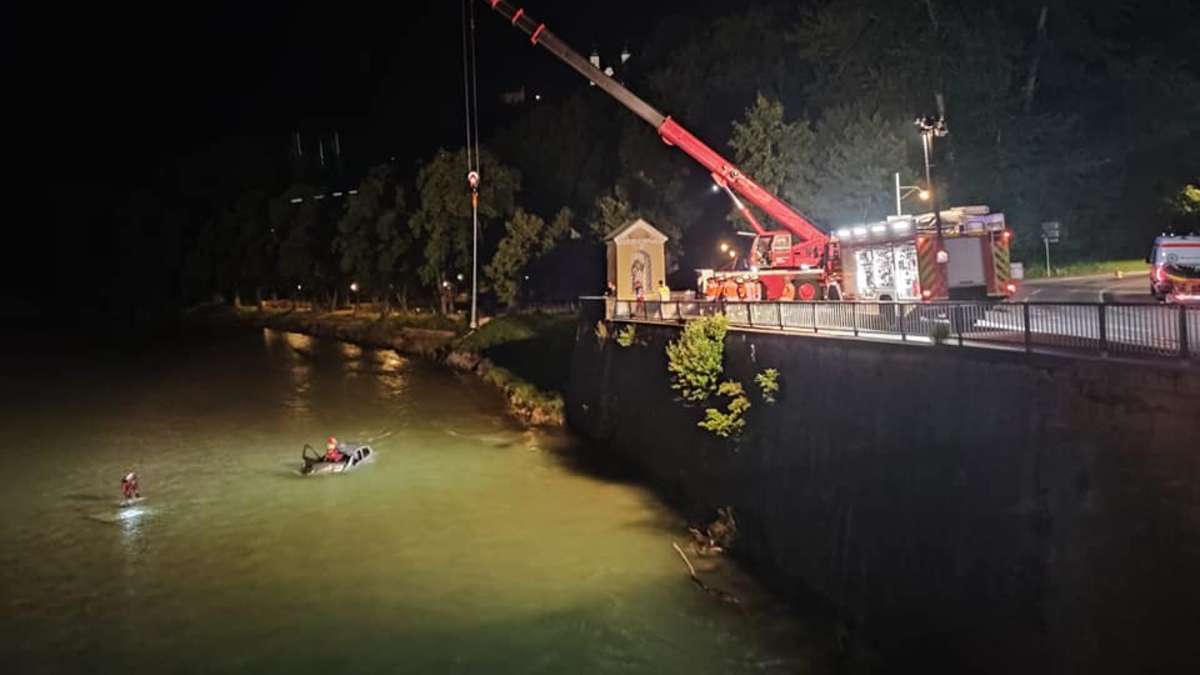 On the run from the police: car driver (19) breaks through bridge railings and ends up in the Isar 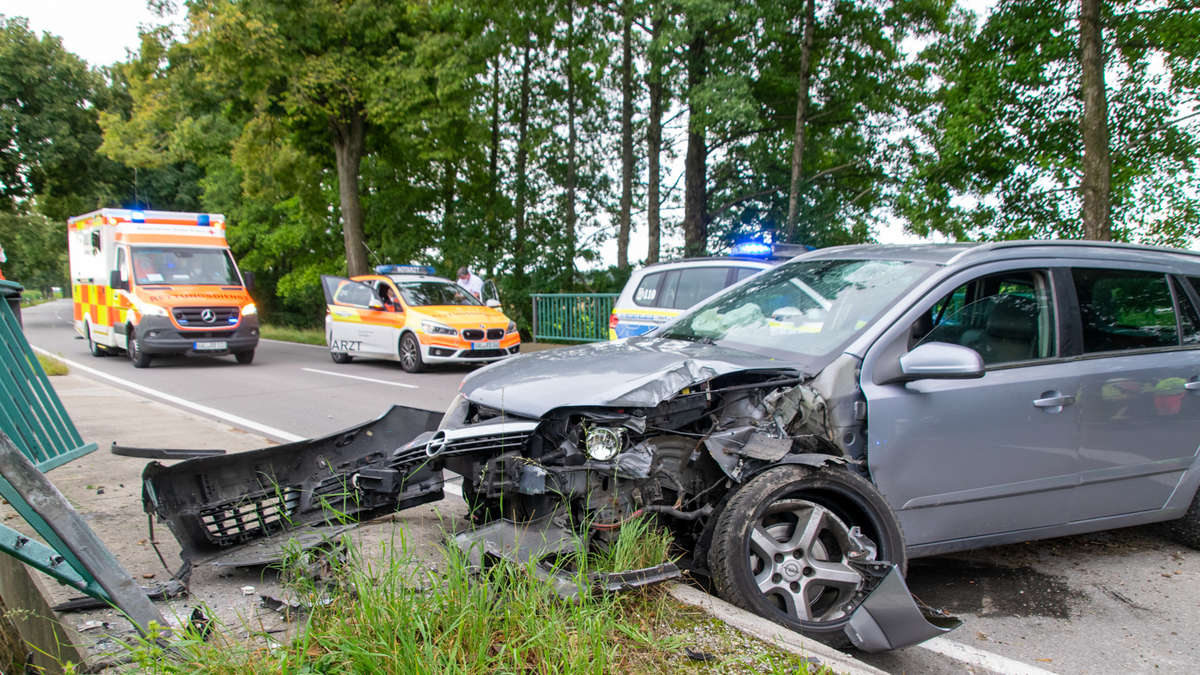 The car crashes into the bridge, the passenger escapes 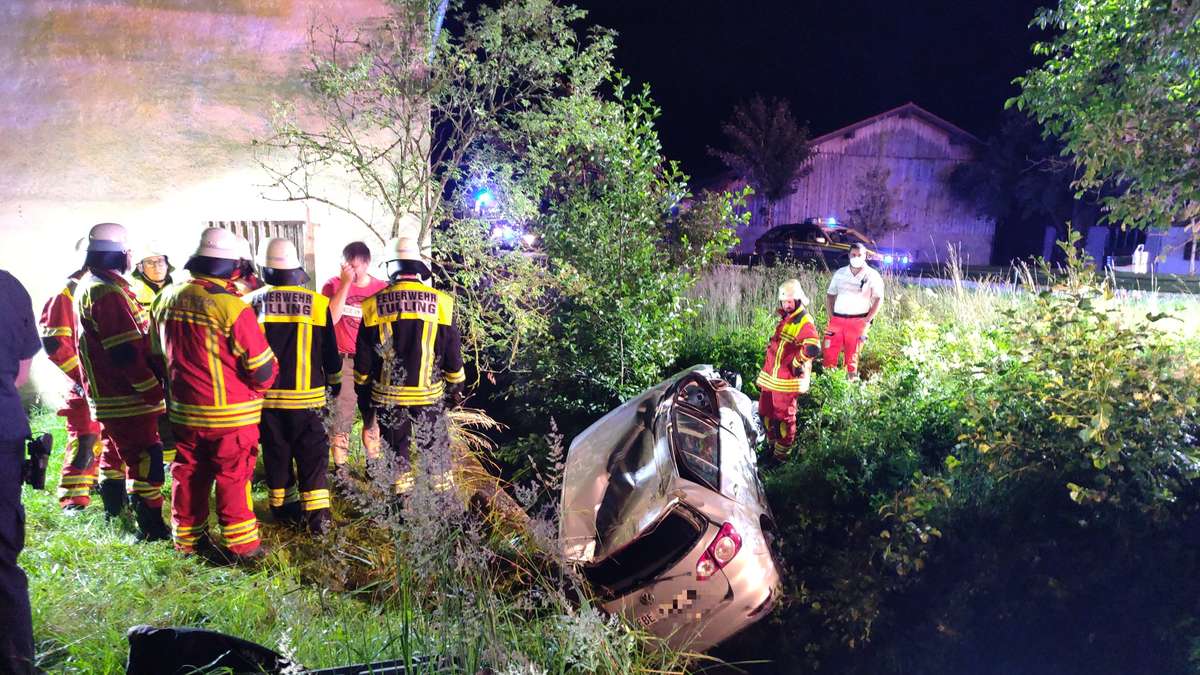 Drunk man (22) rushes into the stream near Sensau 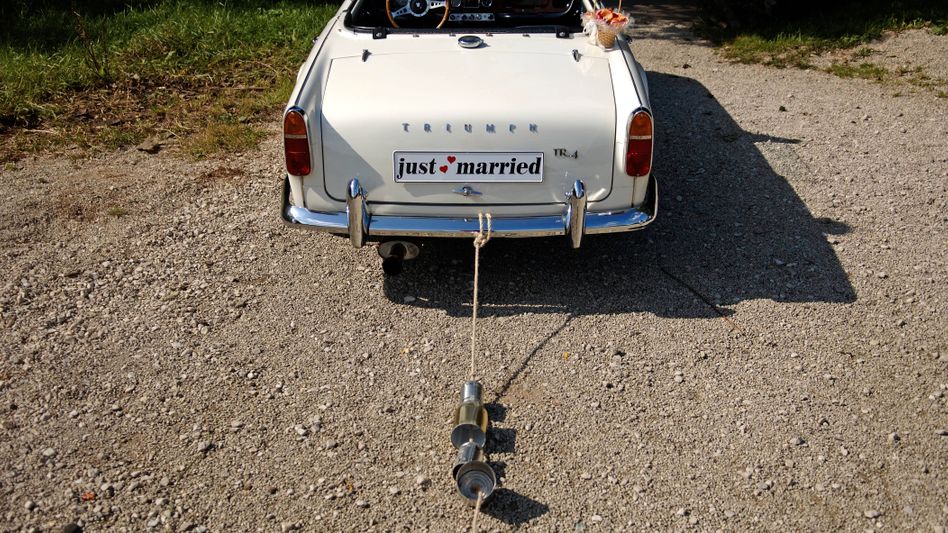 Shock at the wedding: the bride races down the slope with a vintage car - and in the end she is very lucky 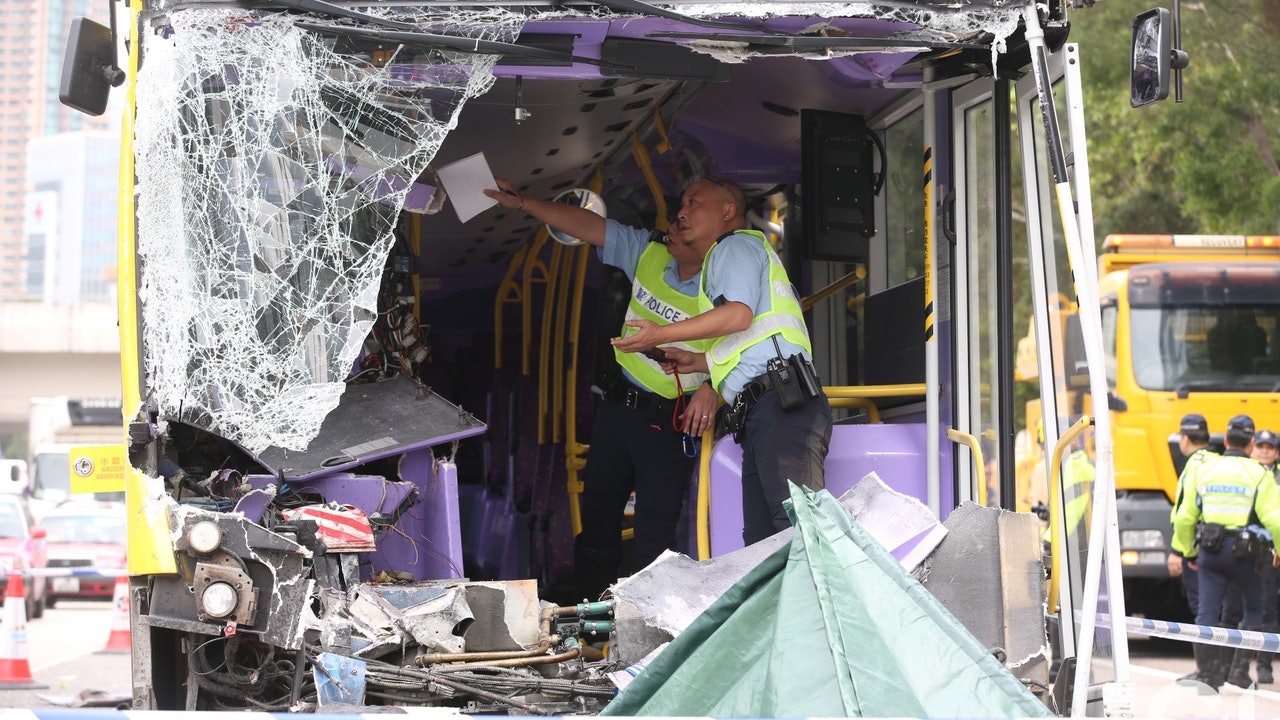 Deadly car accident in Tungong|Bus shakes down and opens the tailgate. Van expert: Reflective signs should be put on broken cars Emergency vehicle overtakes cars: collision with a turning car - "Thrown on its side"