For months, Nasrallah attacked the judge investigating the disaster at the port, and a protest demonstration by Shiite organizations ended in the most severe ethnic violence that Beirut has known in recent years. If Hezbollah continues to try and thwart the investigation and seek revenge, the clashes could sweep the entire Lebanon

Hezbollah hit the winds, and its people paid the price in Beirut

For months, Nasrallah attacked the judge investigating the disaster at the port, and a protest demonstration by Shiite organizations ended in the most severe ethnic violence that Beirut has known in recent years.

If Hezbollah continues to try and thwart the investigation and seek revenge, the clashes could sweep the entire Lebanon

In the video: Documentation of shootings at demonstrators supporting Hezbollah and Amal in Beirut in a demonstration against the resumption of the investigation into the disaster at the port (documentation on social networks according to section 28A of the Copyright Law) Follow @@ guyelster

In a creative reversal, Hezbollah found itself on the attacked side yesterday (Thursday) when its men suffered sniper fire during a demonstration in Beirut against the judge investigating the disaster at the port. Six Shiite Lebanese have been killed in the worst violence in the capital in more than a decade, which coincided with the country's unprecedented economic collapse. Only over the weekend did Lebanon face a nationwide power outage that lasted a day.

The harsh scenes from Beirut, reminiscent of the days of the Civil War and taking place on the same fault line between Christian and Shiite neighborhoods, were preceded by prolonged threats by Hezbollah and its allies in Amal over the judge investigating the Beirut disaster. For months, Shiite organizations have been demanding the replacement of Tarek Bitar, who was appointed to the post only in February after his predecessor was ousted due to similar arguments for political bias. The investigation has been suspended twice in recent weeks due to petitions filed by politicians mentioned as suspects, and the court decision yesterday to dismiss them and allow the investigation to continue led to demonstrations.

No senior Hezbollah official has so far been mentioned as a suspect in the investigation, so the ongoing campaign against the judge led by Hassan Nasrallah raises suspicion that he has something to hide.

More than a year has passed since thousands of tons of ammonium nitrate ignited in the port of Beirut, killing more than 200 people and destroying large parts of the city that have yet to be restored.

No one has been prosecuted so far, and the exchange of fire today could further disrupt the investigation, much to the chagrin of the families of the victims outraged at the injustice done to their loved ones.

Armed with an RPG on the streets of Beirut, yesterday (Photo: Reuters)

Hezbollah and Amal openly called on their supporters to show restraint after the heavy shooting today, which according to the authorities and eyewitnesses aimed at the protesters' heads by snipers stationed on rooftops.

However, they blamed supporters of the Christian Lebanese forces, which are close to Saudi Arabia.

If militants from Shiite organizations seek revenge, violence could spill over from Beirut to other parts of disintegrating Lebanon.

If there is one clear fact that has risen from the streets of Beirut today, it is the enormous amount of weapons that are out of the hands of the security forces, and it is not just Hezbollah members who hold an impressive arsenal.

RPG rockets are launched in broad daylight by residents, while the military is forced to protect schoolchildren who will not be hit by stray fire.

One woman was unlucky when she was hit by a bullet in the head during the riots.

The ball is in Hezbollah's court.

Today's clashes will further complicate the work of the young government, which was formed only last month after a political impasse of more than a year, which began after the previous government resigned in response to a disaster in the port of Beirut. Prime Minister Sunni Najib Mikati has declared a day of mourning, declaring that Lebanon will overcome these tragic events. At the same time, the US Deputy Secretary of State, Victoria Noland, who visited Beirut during the clashes, promised that Washington would transfer tens of millions of dollars in additional aid to the Lebanese army.

However, a renewed outbreak of ethnic conflict will make it difficult for the government to advance the reforms demanded by the international community in exchange for aid desperately needed by the country of cedars suffering from severe poverty and shortages of basic goods and food. The fuel Iran carries through Hezbollah is a drop in the ocean and is mostly intended for appearance, and the collapse of the new government will intensify civilian distress and may drag Lebanon into another civil war.

The ball is now in the court of Hezbollah, which will have to decide whether it once again prefers its narrow interests over those of the entire country.

US increases pressure on Lebanon: Sanctions on businessmen and MP close to Hezbollah - Walla! News

The attack in Syria is another Israeli signal to Iran - Walla! news 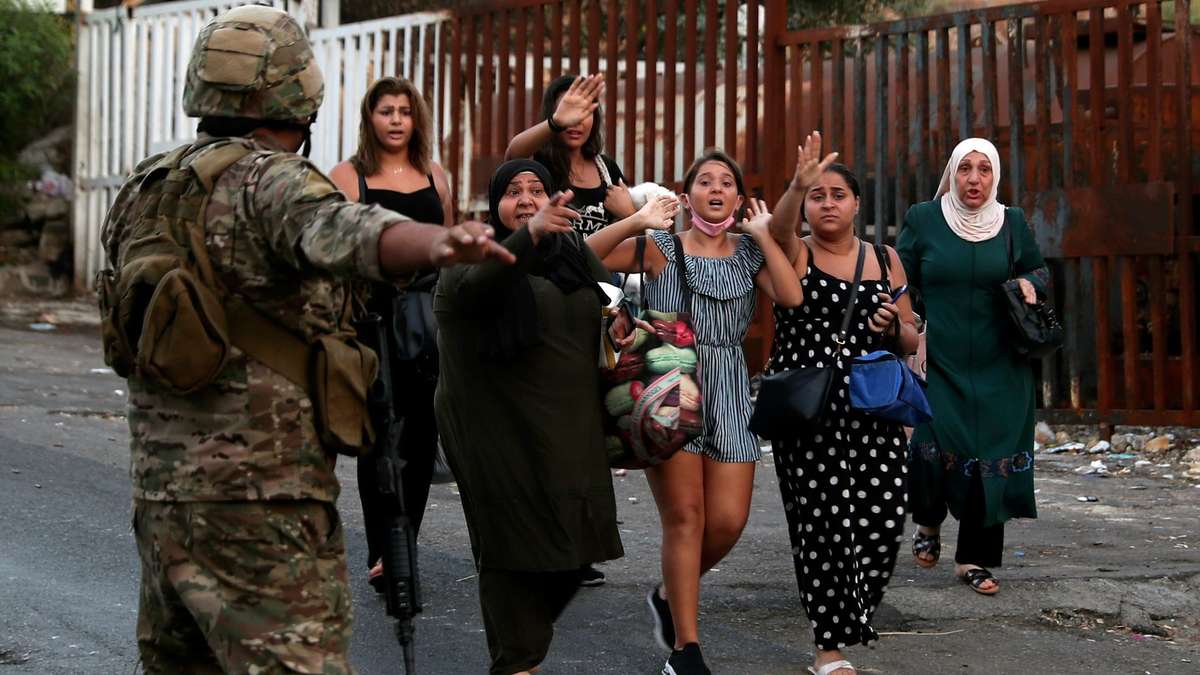 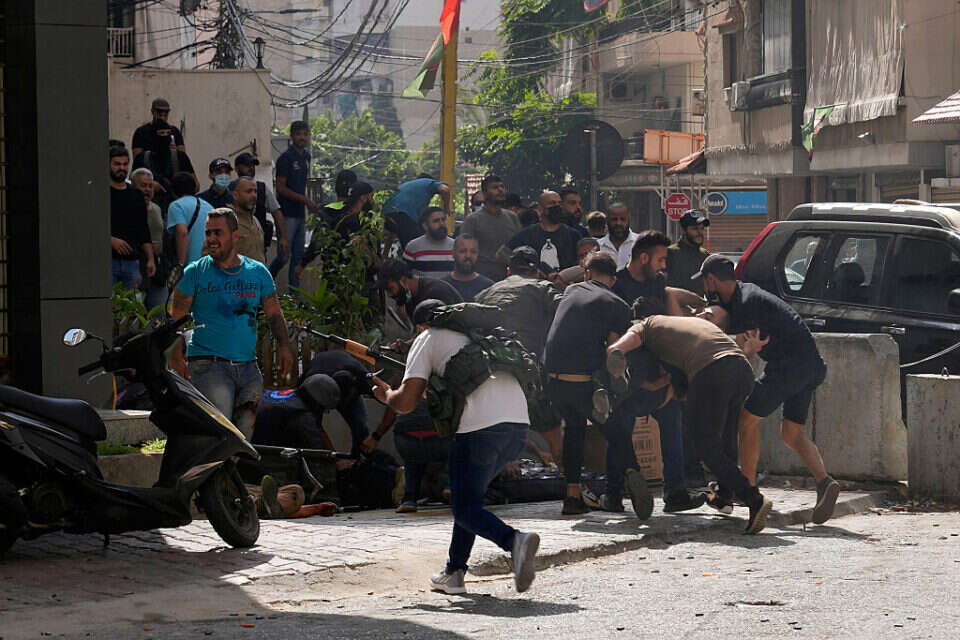 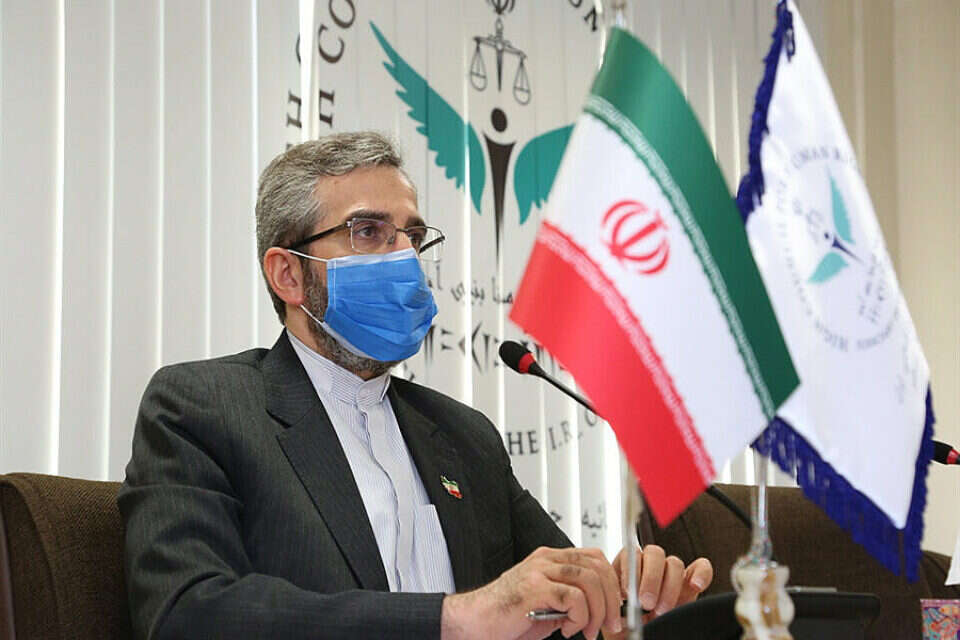