OPINION | Xinjiang: too real a dystopia

There is a place where dystopias come true. Where "1984", "Black Mirror", "Years and Years" and The Handmaid's Tale are less impossible. Where having more children than allowed or communicating with someone who lives abroad is paid for with detention; where Big Brother watches, collects and controls information, not only about what you do in the digital world but also your biometric data; where supposed programs to combat poverty and radicalization try to brainwash you; and where privacy, for some people, is a dream they have at night, while their every movement is observed when they sleep, eat or go to the bathroom. 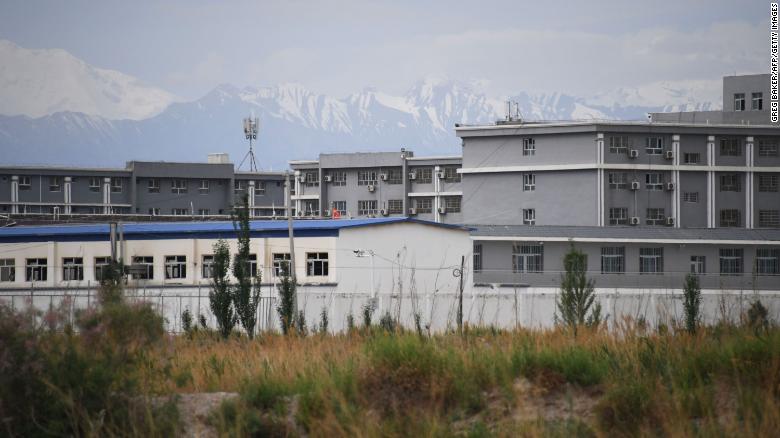 This photo taken on June 4, 2019 shows a facility believed to be a re-education camp where mostly Muslim ethnic minorities are being detained, north of Akto, in China's northwest Xinjiang region.

Ana Gómez Pérez-Nievas is a journalist and press officer at Amnesty International Spain.

Specializing in Human Rights, she has worked in Amnesty International's Crisis Response Team, which recently revealed in a report the mass internment, torture and persecution of Muslims in Xinjiang.

He has published articles in media such as El País, El Mundo, eldiario.es or the Huffington Post.

The opinions expressed in this column are those of the author alone.

There is a place where dystopias come true. Where "1984", "Black Mirror", "Years and Years" and The Handmaid's Tale are less impossible. Where having more children than allowed or communicating with someone who lives abroad is paid for with detention; where Big Brother watches, collects and controls information, not only about what you do in the digital world but also your biometric data; where supposed programs to combat poverty and radicalization try to brainwash you; and where privacy, for some people, is a dream they have at night, while their every movement is observed when they sleep, eat or go to the bathroom.

That place is the Xinjiang Uyghur Autonomous Region and it's in China.

From 2017 to the present, an estimated one million or more men and women from predominantly Muslim ethnic groups have been arbitrarily detained by the Chinese government, hundreds of thousands of whom have been taken to jail and "education centers." "or internment camps.

The government has said that it supposedly closes these fields once they fulfill their objective.

There they are systematically subjected to torture and other ill-treatment, as Amnesty International has been able to verify.

All aspects of their daily life are regulated, in an attempt to forcibly instill the ideals of the Communist Party and a secular and homogeneous Chinese nation, and to do away with the groups' religious traditions, cultural practices and local languages. ethnic Muslims of the region.

However, Beijing has denied that any human rights abuse occurs in Xinjiang.

Why does the world look the other way to this well-known dystopian reality?

Too high a price for "freedom"

"If I see her again, I will tell her that I am sorry I could not save her from the camps," Memeteli told Amnesty International.

His sister was arrested for having studied in Turkey: "I did not think that the Chinese Government could be so ridiculous as to consider it a crime to study abroad, and now I hate myself for it," he laments.

Memeteli coudn't believe his sister could be detained for having studied abroad.

He has no idea where she's detained in #Xinjiang & how she's doing.

Help him & others by asking the China gov to disclosure their family members' whereabouts & to release them!

The Chinese government has publicly stated that these facilities were created as part of national poverty alleviation or de-radicalization programs; that is, to fight against what they claim to be "terrorism." However, the reality is very different: the Chinese authorities have created one of the most sophisticated surveillance systems in the world and a vast network with hundreds of internment camps throughout Xinjiang, whose entry has little volunteerism.

It is hard to believe that they are “volunteers” when detainees are taken away in handcuffs, in the middle of the night, without prior warning and without the possibility of resistance. Some do not even know the reasons for which they are arrested. Others do: they are accused of being "suspicious" or "unreliable", "terrorists" or "extremists" for reasons such as living, traveling or studying abroad; communicate with people outside of China, work in a mosque or pray.

Life in the fields is strictly controlled: "We got up at 5. Breakfast was at 7. We had to go to class at 8, escorted by two guards with sticks, through a roofed fence made of metal, basically a cage. There was a bucket in the back of the classroom [to urinate]. You needed permission to go [to defecate] ... Rest was mandatory, with your heads on the desks for two hours. You were punished if you raised your head, "Aitugan, who was arrested in 2017, told Amnesty International.

Nor does the educational program seem very "voluntary" when, before being released (after between 9 and 18 months), according to testimonies such as Aitugan's, they must answer a series of questions in which the truth does not matter: "What "Have you learned? Have your thoughts been transformed? Do you love China? What will you do when you are released? Do you appreciate your re-education? We had to respond positively to all questions or they would send us to jail."

"I think the purpose [of the classes] was to destroy our religion and assimilate us ... They said that you could not go to Friday prayers. And that it was not Allah who gave you everything, but Xi Jinping", reflects Yerulan, one of former prisoners interviewed by Amnesty International.

Fear as a way of life

Beatings, electric shocks, deprivation of sleep, food or health care, confinement in tiger chairs (steel chairs with wrist and ankle cuffs that imprison the bodies and force the interrogated person to remain in painful body postures), subject to temperatures extremely cold and isolation are some of the accounts of the torture to which detainees are subjected.

Some are hung from walls, in fields that are designed to torture.

Not to mention the psychological abuse involved in "re-education" under severe punishment, the inability to communicate with family members or other people outside the field, and live under constant threat.

After being in the camps, some people have been sent to prison or forced to work in factories.

The fate of hundreds of thousands of people detained is unknown.

Their relatives await news in countries such as the United States, Canada, France, Germany or the Netherlands.

Many families have been separated in dramatic circumstances, when they have decided that fleeing the country is their only solution.

"I don't know exactly where my father is, and because of that, even if good things happen to me [in the US], I'll never be completely happy," explains Adila, whose father was sentenced to 20 years in prison for fasting during the Ramadan

And he wonders "why is China doing this to us?"

Adila's father is one of the many men and women from predominantly Muslim ethnic groups that have been arbitrarily detained in #Xinjiang.

Demand their release now and sign the @amnesty petition on https://t.co/e0VzY7l6pG🖊️!

Last week, Amnesty International delivered more than 320,000 signatures collected from 184 countries to demand the release of arbitrarily detained people, both in the camps and in prisons. At the same time, the 48th session of the United Nations Human Rights Council was ending in Geneva. Its president, Nazhat Shameem Khan, said at the inauguration: "If there have been human rights violations in any part of the world, including those of those countries that are members of the Council, it must take action." However, China (also a member of the Human Rights Council) was not a priority in the discussions.

The UN High Commissioner for Human Rights, Michelle Bachelet, regretted on September 13 the lack of progress in access to Xinjiang. Some countries, including several Latin American countries, have remained silent in the face of timid initiatives that have denounced what is happening in the Chinese region.

Survivors and activists have risked their lives and those of their families to tell what happens, facing the constant effort of China to discredit their accounts.

In addition, the Chinese authorities must immediately dismantle the internment camps, release arbitrarily detained people both in them and in prisons, and put an end to systematic attacks against the Muslim population.

We cannot wait for the voices to be silenced, no matter how far away they are. 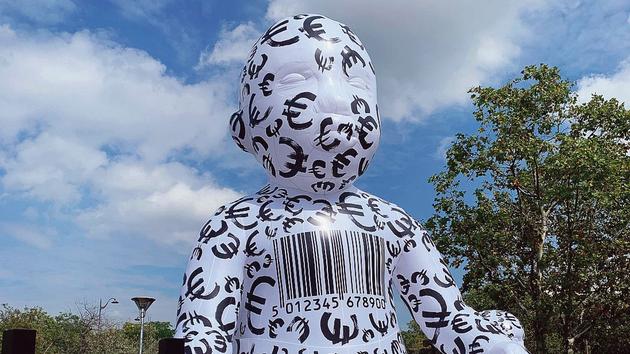 The procreation market is a fair in Paris Independence from China as a wrong way? Uyghur exile warns - and suggests a different strategy 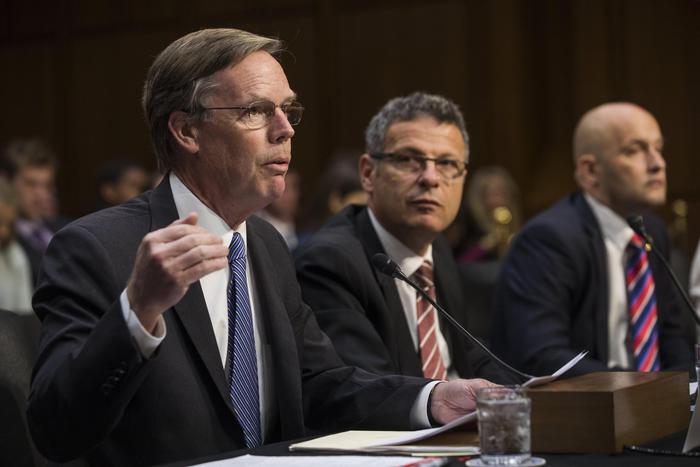 New US ambassador to Beijing, China is an aggressor 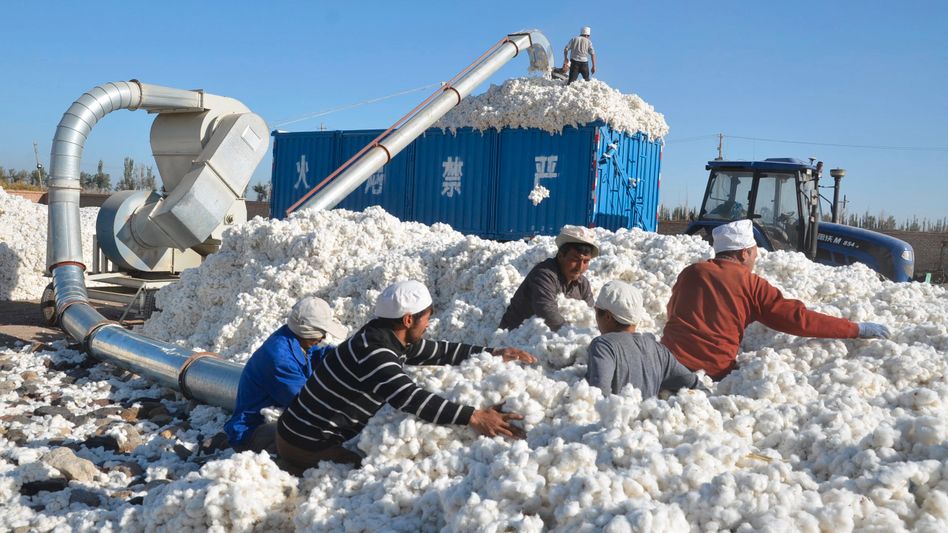 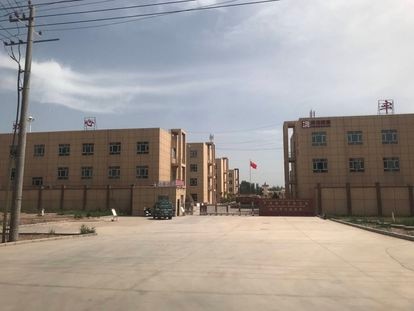 The new phase of re-education camps in Xinjiang 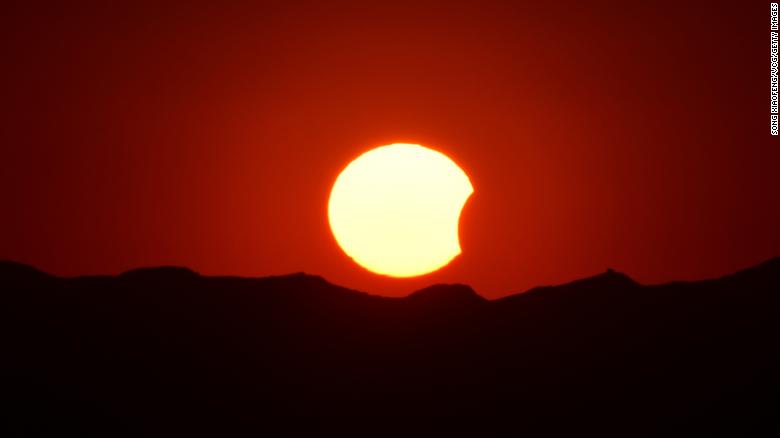 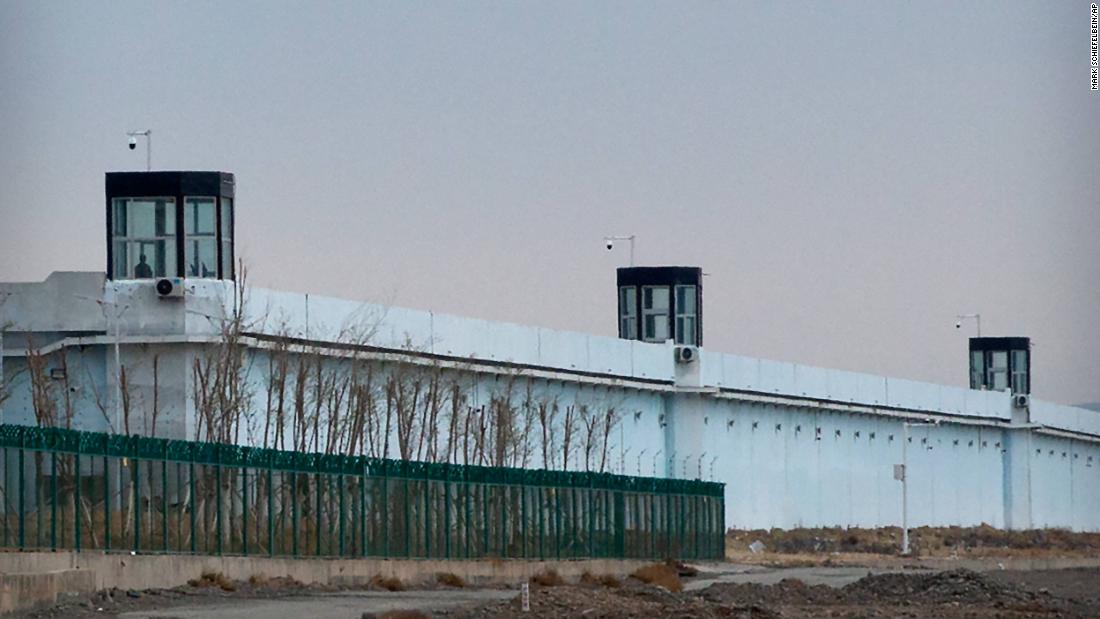 'Some are just psychopaths': exiled Chinese detective reveals scale of torture against Uighurs