Three Germans are running to succeed Angela Merkel - but it is someone else who could ultimately have the greatest influence. Three Germans are running to succeed Angela Merkel - but it is someone else who could ultimately have the greatest influence.

Berlin - For the first time, three candidates for chancellor were invited to a debate in the run-up to the federal election *.

There were some exciting moments, but on the whole it was a boring exercise for Armin Laschet * from the conservative Christian Democratic Union (CDU), Olaf Scholz from the left-center Social Democratic Party (SPD) and Annalena Baerbock from the Greens.

Christian Lindner, parliamentary group leader and party leader of the FDP, arrives at the CityCube.

But there was an elephant in the room during all three chancellorship debates. Christian Lindner, the chairman of the business-friendly Free Democratic Party (FDP *), was not present, but could play the kingmaker. His absence was palpable, as his demands - especially the leadership of the powerful Finance Ministry * - will almost certainly influence the domestic political agenda and a future course for Europe of the next German Chancellor. Although Lindner played only a small role in the election campaign, his role in international politics may become even greater.

Due to the fragmented political landscape, three parties are needed to form a majority government in Berlin. The two largest parties, CDU and SPD, have fundamentally ruled out joint governance, which means that one of them would have to strive for a pact with the FDP and the Greens in order to form a parliamentary majority.

The Greens would like to join a government coalition that gives them the opportunity to help shape climate policy.

However, it is far less clear what exactly Lindner wants - apart from taking on the most powerful cabinet post in Germany as finance minister in terms of domestic and foreign policy.

It is no coincidence that the current finance minister and candidate for chancellor Olaf Scholz * is also Vice Chancellor of Germany.

The Treasury Department has a major influence on the details of the state budget and the overall structure of government spending.

Will Lindner soon be finance minister and thus of great international importance?

The finance minister's department also exerts influence outside of Germany.

The ministry controls important decisions within the Eurogroup, works with institutions such as the World Bank and the International Monetary Fund, and participates in the G-20 group to help shape the global economic agenda.

The 42-year-old Lindner * was catapulted into the center of power by his own ambition - an ambition from which the FDP has also benefited.

In 2000, Lindner was elected as the youngest member of the state parliament of North Rhine-Westphalia.

It was a time when his party's traditional role in post-war German politics was beginning to wane.

Between 1949 and 2013, the FDP was repeatedly a junior partner in the federal government.

As an advocate of civil liberties and the free market economy, the party was de facto again and again kingmaker in Germany;

it decided which of the two major parties would support it and who would become chancellor.

But when the Greens slipped into the role of the SPD's junior partner in 1998, the FDP had to look for a new role.

In Merkel's four terms in office, the FDP was only used once as a coalition partner - and this one time ended catastrophically.

In 2013, the FDP failed because of the 5 percent hurdle for entry into parliament.

When Lindner took over the leadership of his party after the historic defeat, he rebuilt the FDP. He recruited more women and got rid of much of the old guard, modernized the party's image without sacrificing its traditional positions, and took the time to tour the country and speak to the local media. Above all, however, he refused to tie the fate of his party to the CDU. Lindner made a comeback four years ago with just over 10 percent of the vote.

Forming a coalition always requires a compromise *, but thanks to his experience in coalition negotiations, Lindner will not sell himself and his party below value. Four years ago, after a two-month marathon of negotiations, Lindner failed to form a so-called Jamaica coalition * made up of the CDU, the Greens and the FDP (based on the colors of the Jamaican flag). Lindner pulled the emergency brake and left the negotiations shortly before the finish line because he feared that Merkel and the Greens would have a greater affinity for one another and would take the FDP for granted. Fearing that his party's priorities in government would take a back seat, he announced that it was better not to govern than to govern wrongly. His risk seems to have paid offsince he is now being wooed by both major parties for participation in government.

The election manifesto of the FDP * this year focused on stimulating the German economy, with plans to cut taxes, reduce bureaucracy and reform pension programs with the help of the capital markets.

The FDP would also position Germany as a partner for trade agreements with other democratic countries.

It would be easier for the business-friendly FDP to ally with the conservatives, not least because Lindner has developed close relationships in recent years with Armin Laschet, the CDU candidate and prime minister of the most populous German state, where Lindner was elected state chairman in 2012 became.

But in this year's national elections, Laschet messed up the campaign arena.

After 16 years in power under Angela Merkel, the CDU could go into the opposition.

The FDP remains an attractive partner for the current top candidate Scholz from the SPD. Lindner does not rule out a so-called traffic light coalition with the SPD, FDP and the Greens, knowing full well that the FDP acted five times as the SPD's kingmaker for a government in what was then West Germany. For his part, moderate Scholz wanted to bypass talks with the Left Party even before the election, because they speak out against Germany's traditional foreign and security policy pillars, NATO and the US security umbrella. Not all of his party friends share this aversion, however, as they would welcome the taxation of higher incomes and the increase in social spending.

There is a considerable gap to be bridged between the FDP and the SPD, which are striving for a traffic light coalition together with the Greens.

But the FDP will not give up the prospect of power as easily as it did four years ago.

Lindner has made it clear that the FDP governs from the center and does not want to promote a shift to the left in Germany.

The best way to ensure that is by insisting on holding the coveted post of finance minister in Europe's largest economy.

Habeck as a stumbling block for Lindner?

The FDP rejects tax increases and the relaxation of the debt brake, which limits the federal government's net borrowing to 0.35 percent of gross domestic product. But the FDP is not averse to spending and a finance minister Lindner would advocate investments in infrastructure, education and digitization. With regard to Europe, the FDP sees the need for greater coordination of defense policy, but does not want to create permanent, indefinite measures for common indebtedness, which would destroy the ambitions for greater economic integration in Europe. The FDP's fiscal discipline fits Scholz's profile as a candidate for the status quo and would help him assert himself against the more radical actors in his party and the Greens.

Robert Habeck, co-chairman of the Greens, could be an obstacle in Lindner's path. The popular author and former deputy prime minister of Schleswig-Holstein could have stood up to the CDU and SPD as a telegenic candidate for chancellor if his party had not, as he says, felt pressure to choose a female candidate. Now Habeck could appear as a favorite in the coalition negotiations and claim the Ministry of Finance for himself. The differences in Lindner's economic visions could hardly be greater: Habeck likes to emphasize his willingness to loosen the debt brake in order to invest more in restructuring the German economy so that it can better meet the challenges of climate and technological change.

Like a real kingmaker, Lindner's FDP has left open the possibility of talks with both the SPD and the CDU if a third party is needed to crown a chancellor.

Ultimately, it could be that the most difficult hurdle for the FDP will be the Greens.

Lindner's mantra to be the party of innovation instead of supporting bans on carbon-intensive behavior is a swipe at the Greens, who lost support over the summer.

But this will be Lindner's last chance to rule, and he will be very resentful if he puts the party over the country again.

is Senior Trans-Atlantic Fellow and Deputy Director of the Berlin office of the German Marshall Fund of the United States.

This article was first published in English on September 23, 2021 in the magazine “ForeignPolicy.com” - as part of a cooperation, a translation is now also available to readers of the IPPEN.MEDIA portals. 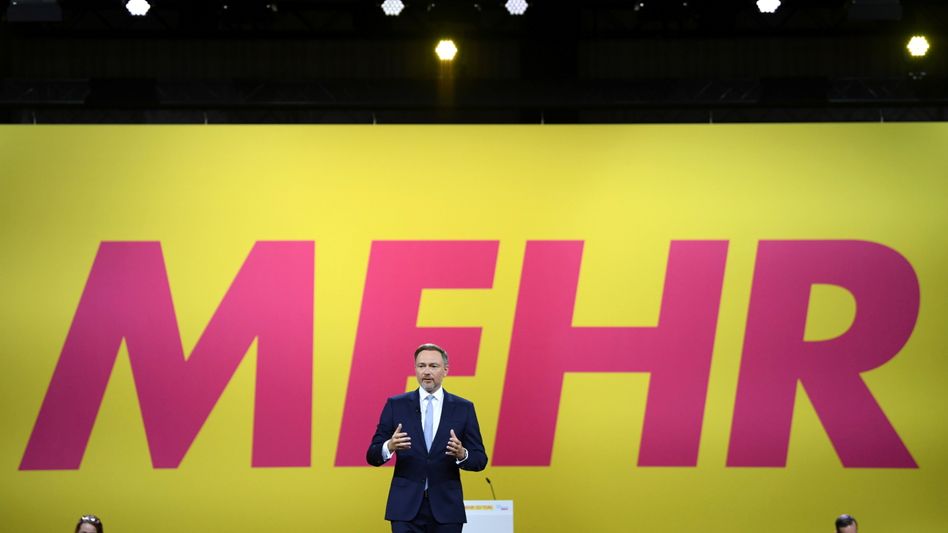 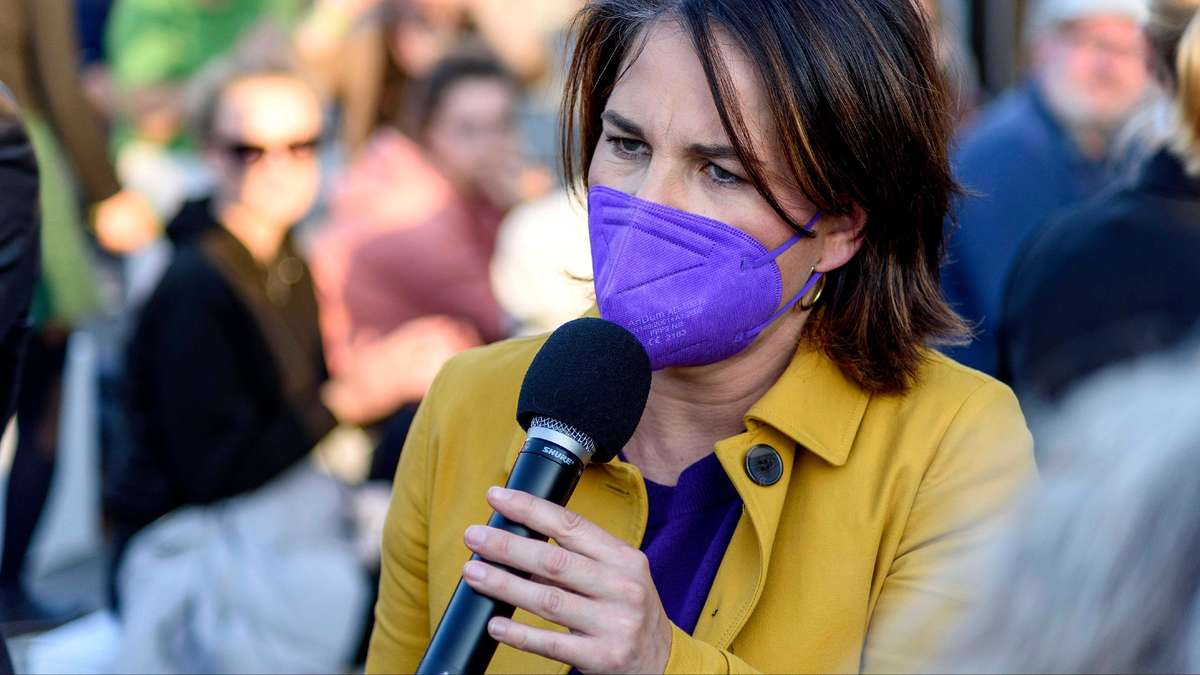 Low blow for Laschet: Even the economy is turning away - "Traffic light the better solution" 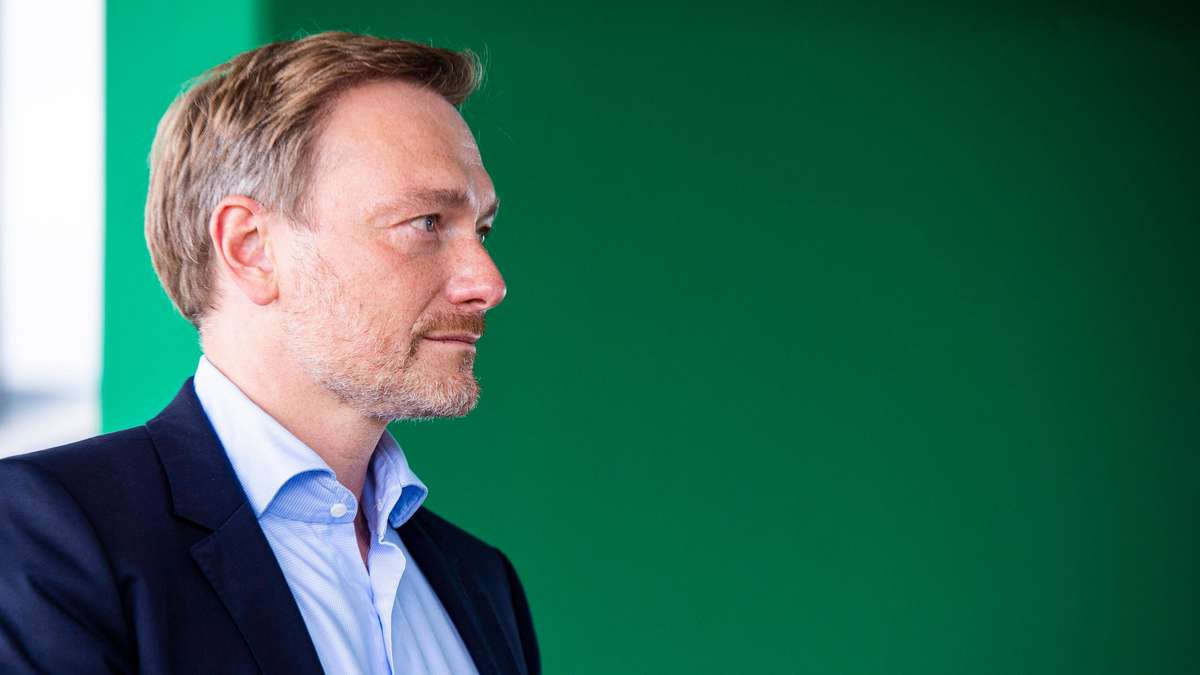 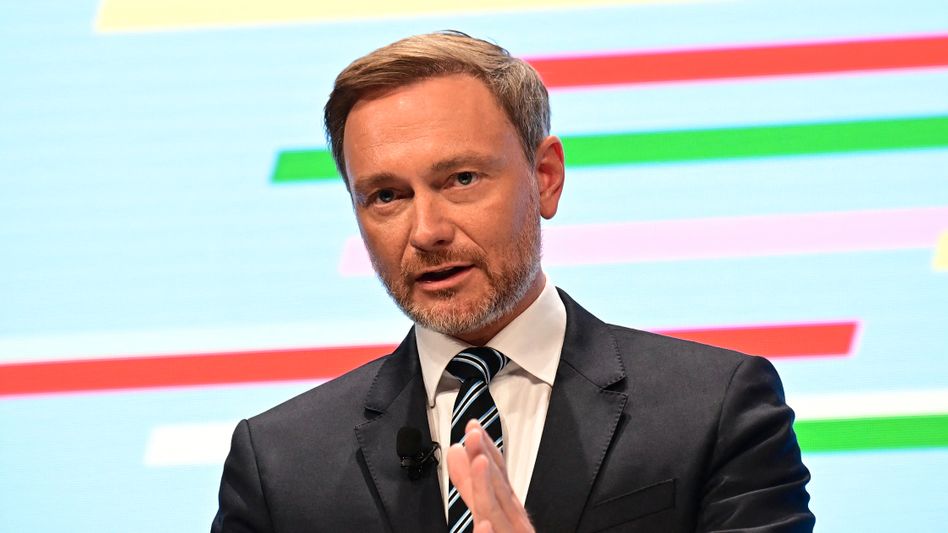