On October 1st of the previous year, there were anti-revision demonstrators riots in many districts in Hong Kong. Among them, in Tsuen Wan District, a Form 5 boy "Jianzi" and several men in black clashed when they met police officers on a street corner. During the period, "Jianzi" had a chest. Shot down to the ground, 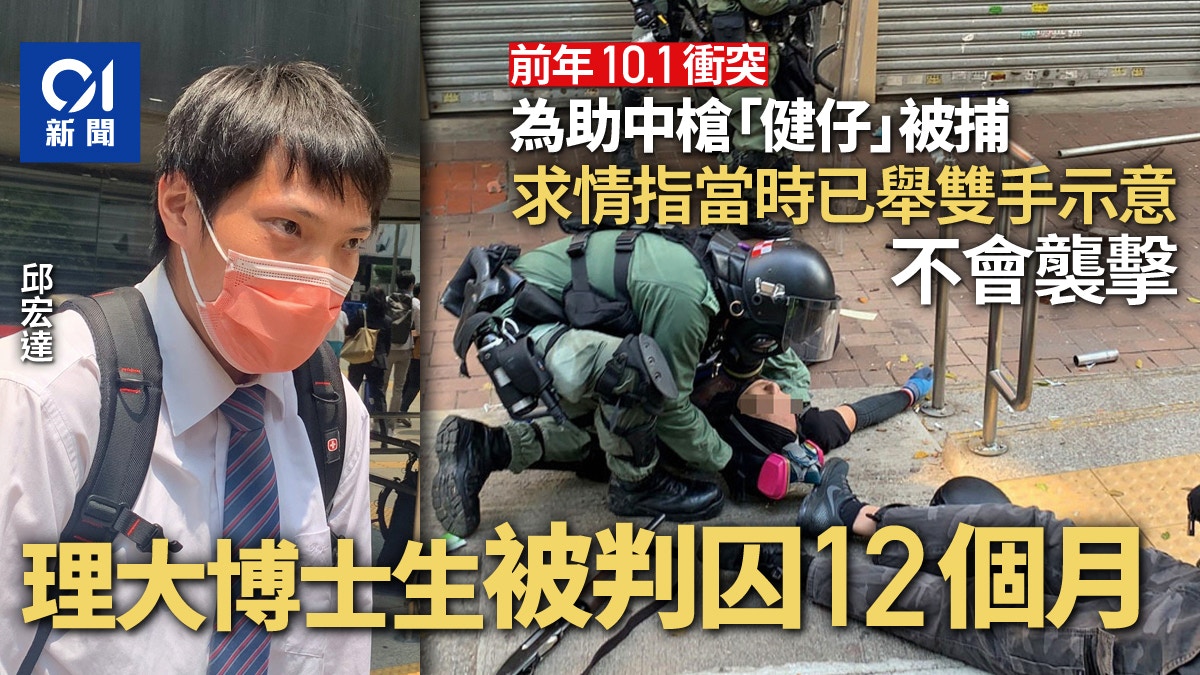 On October 1st of the previous year, there were anti-revision demonstrators riots in many districts in Hong Kong. Among them, in Tsuen Wan District, a Form 5 boy "Jianzi" and several men in black clashed when they met police officers on a street corner. During the period, "Jianzi" had a chest. He was shot and fell to the ground. A doctor student in black clothes was arrested along with "Jianzi" when he stepped forward to check.

"Jianzi" announced earlier that he had been in exile, and the doctoral student admitted to participating in the illegal assembly that day. When he interceded, he said that he wanted to come forward to help when he saw "Jianzi" shot. He had raised his hands to show that he would not attack. .

Since the incident, he has also continued to complete his studies at the Polytechnic University and obtained a doctorate in physics with excellent results.

The judge sentenced him to 12 months in prison in the District Court today (15th).

Defendant Qiu Hongda (28 years old) admitted to participating in an illegal assembly with other unknown persons in the areas of Tai Ho Dao, Da Ho Dao North and Limulus Fong in Tsuen Wan on October 1, 2019.

The defendant Qiu Hongda pleaded guilty to illegal assembling, and the prosecution accepted him standing behind the demonstrators that day and never throwing objects at the police.

Schoolwork is not smooth sailing to complete the doctoral program

The defense earlier pleaded that the defendant Qiu Hongda had applied for the National Examination and the College Entrance Examination three times in the past. Although his results were not satisfactory, he was appreciated by the professor when he was studying for the Higher Diploma and was recommended to take a bachelor's course. He was finally awarded a first class honor. Graduate.

After Qiu was arrested in 2019, he also continued his studies and has completed his PhD in physics. One of his papers was published in an international authoritative journal.

The lawyer also pointed out that Qiu had seen "Jianzi" Zeng Zhijian fell to the ground on the same day. He immediately raised his hands so as not to attack, and wanted to step forward to help the injured "Jianzi". His conversation with the police at that time also revolved around Save people.

Qiu Yiyou wrote a letter of plea, saying that he has always aspired to be a great scientist, saying: "I have thought that after all kinds of training, my dream will come true. Will my story become the Hong Kong people in the future? The story of adversity.” Even if he finally fails to achieve his dream, he still hopes to continue to promote the development of Hong Kong's scientific research and change the stereotype of Hong Kong's scientific research. He is eager to breed great Hong Kong scientists so that they can replace Qiu to fulfill his dream.

Lawyers also hope that when considering punishment factors, the court will not abandon a "excellent scholar" and impose a lighter sentence.

The history of the shooting incident in Tsuen Wan on October 1, 2019.

The prosecution did not see Qiu throwing objects at the police

The case of the clothing charge alleges that a large number of demonstrators assembled and blocked roads in Tsuen Wan on the day of the incident. About 200 demonstrators built a "line of defense" with debris on Hai Pa Street, and some people threw petrol bombs at the police line.

By about 4 pm, the demonstrators continued to advance and continued to throw bricks and other objects at the police.

During this period, Qiu was behind the demonstrators and never threw bricks and other objects at the police.

Ask the police to arrange for ambulances to assist the injured

10.1 The defendant of the doctoral student in the Jianzi shot case admitted that he had illegally assembled the prosecution to accept non-frontline demonstrators. Tseng Zhijian, a student who was shot in Tsuen Wan, was absent from the hearing and declared in exile: the penalty for protest crimes should not be accepted. The critical three minutes before getting first aid

Ph.D. student was arrested and sentenced to 12 months in jail for the illegal assembly of 10.1 the previous year as "Jianzi" was shot

PhD student who admitted to being illegally assembled in 10.1 the previous year as "Jianzi" was arrested and sentenced to 12 months in prison 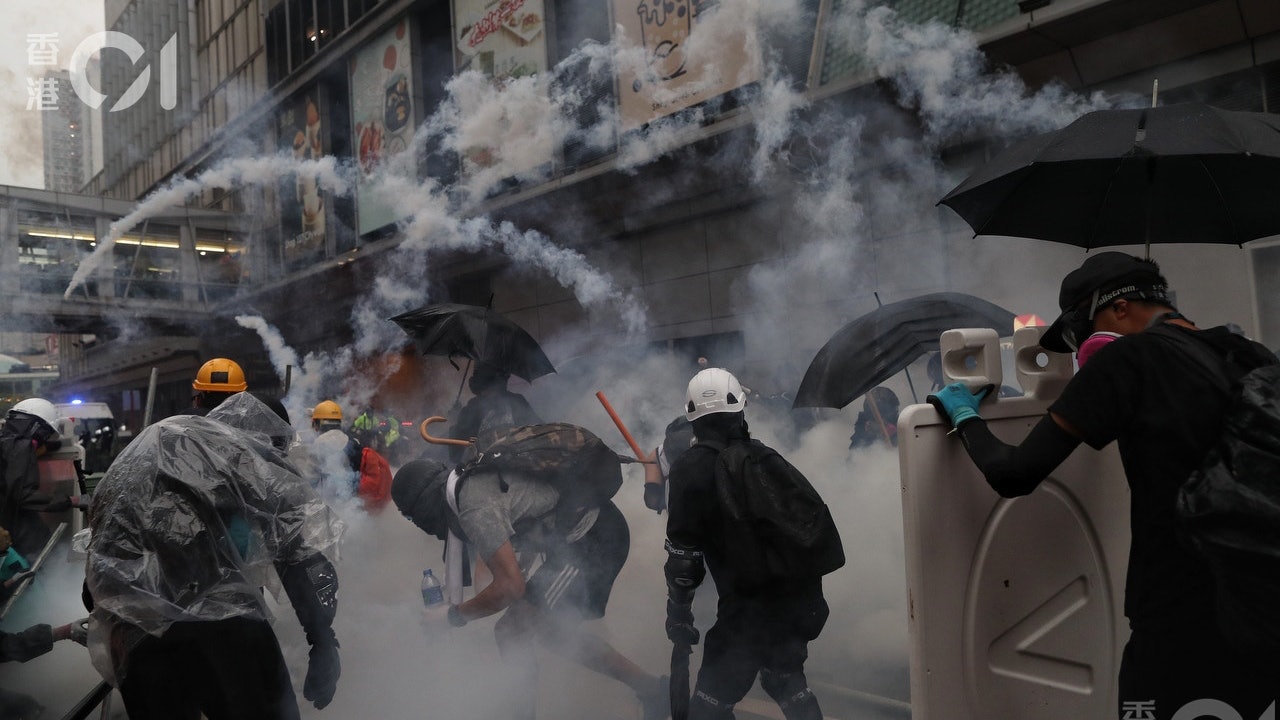 Five men and three women were charged in two cases for illegal assembly and assault on police after the parade in Tsuen Wan the year before last. Renewal in November 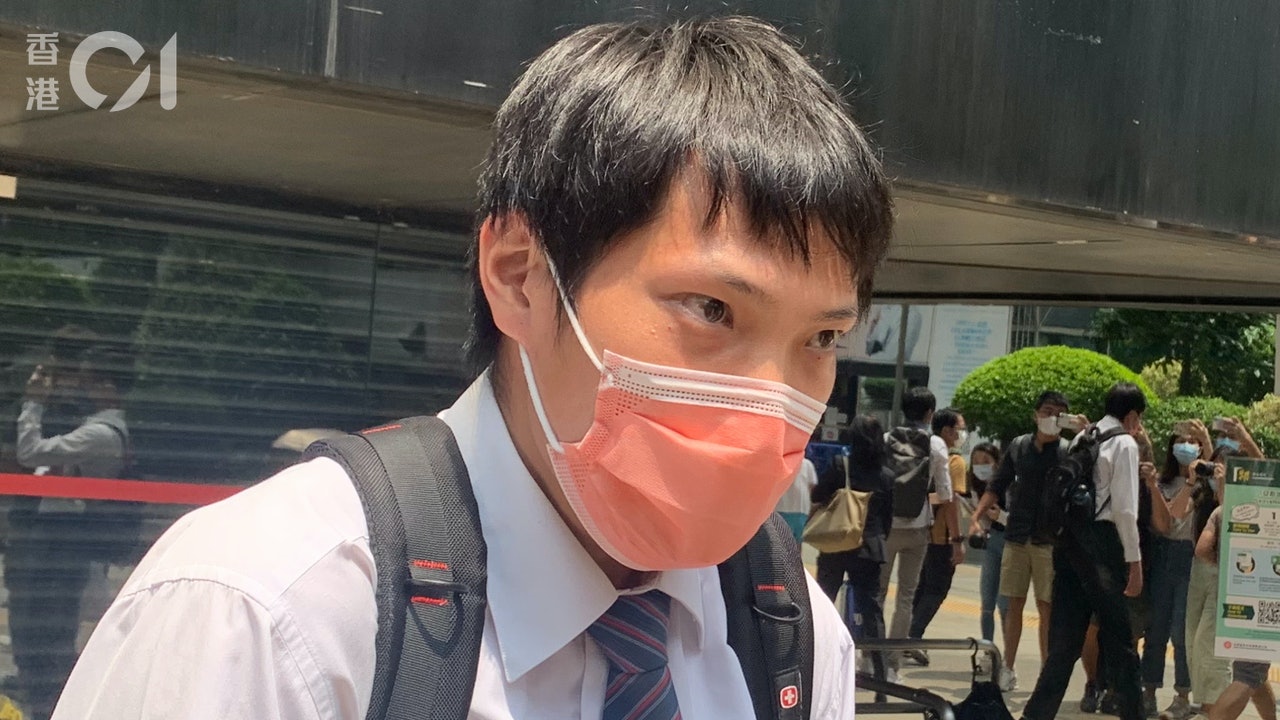 10.1 The defendant of the doctoral student in the Jianzi shooting case admits that the prosecution illegally assembled and accepted non-frontline demonstrators 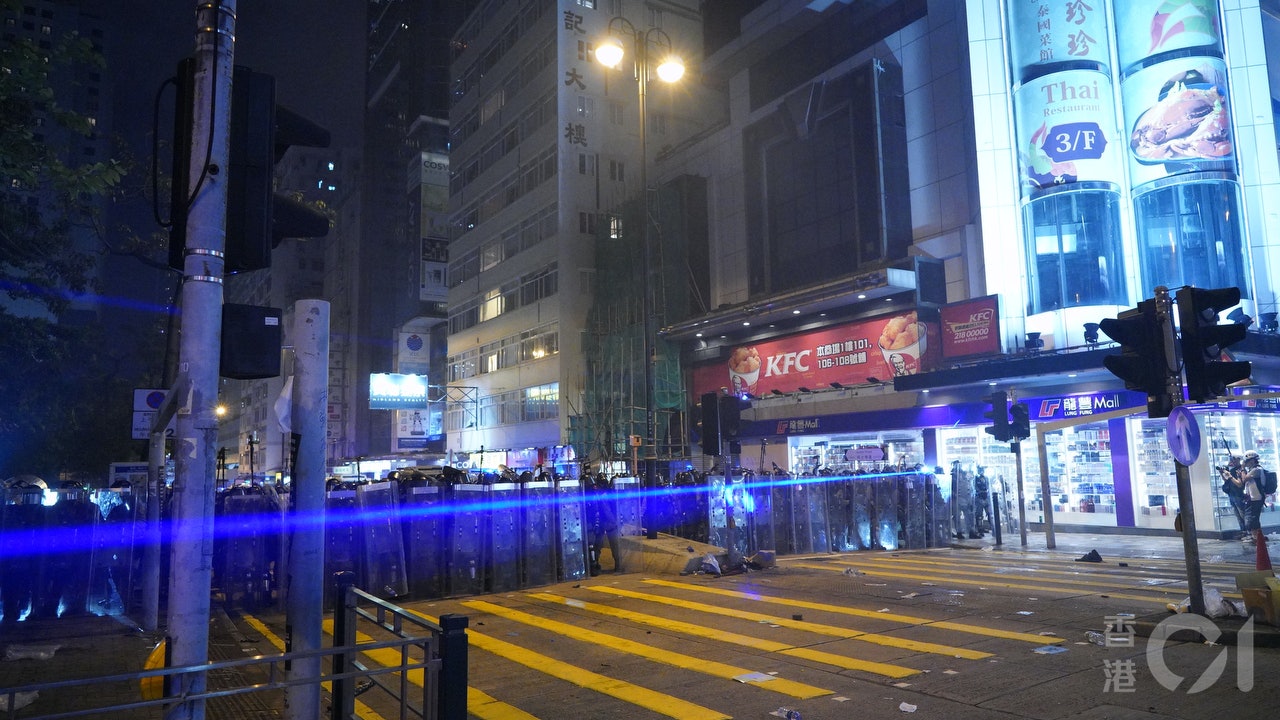 8 people involved in the Mong Kok assembly case, the original trial officer participated in the cross-examination and seemed to have joined the battlefield, and the two men and women appealed directly 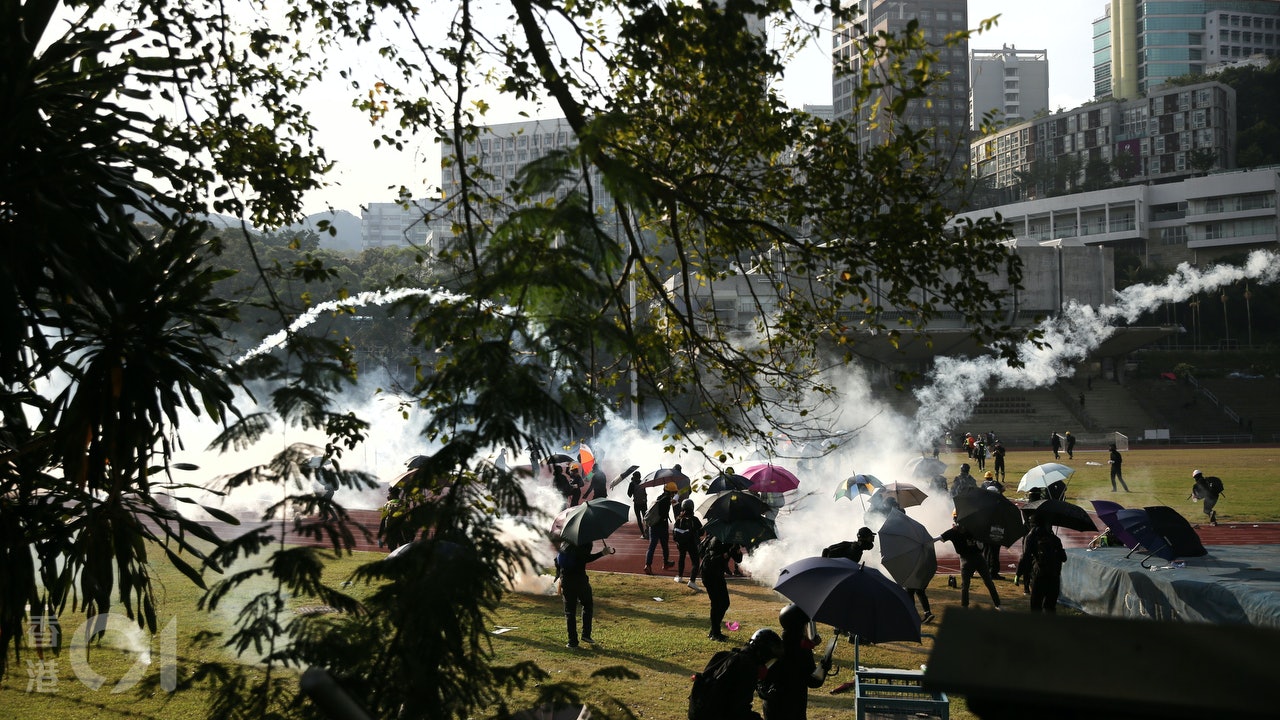 In the first case of the Conflict on the Second Bridge of CUHK, a college girl and a college student were sentenced to 45 and 54 months in prison respectively