The 31-year-old male suspect, Cai Nansheng, absconded for a day in the homicide of a taxi driver on Eastern Street in Western District. He was finally arrested on Lamma Island the day before (13th). At about 9 am today (15th), the relatives and friends of the male deceased Wei Jianxiong went to the Western Ring of Doria 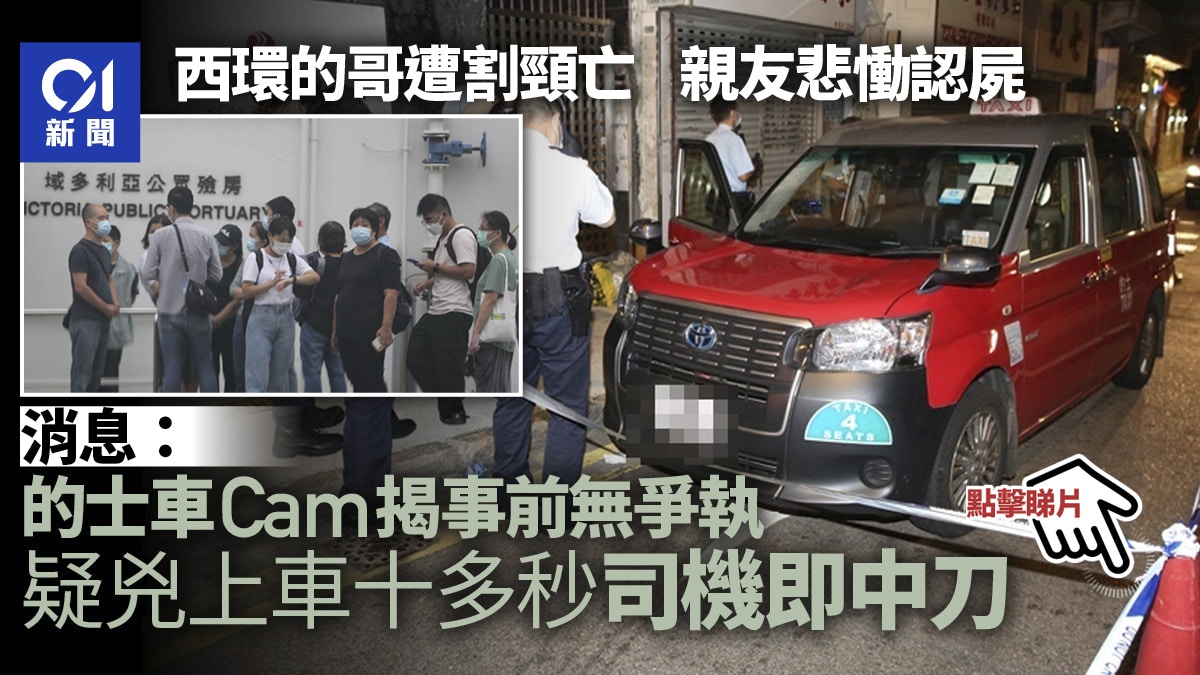 The 31-year-old male suspect, Cai Nansheng, absconded for a day in the homicide of a taxi driver on Eastern Street in Western District. He was finally arrested on Lamma Island the day before (13th).

At about 9 am today (15th), the relatives and friends of the male deceased Wei Jianxiong went to the Victorian Public Mortuary in Western District to recognize the body. They looked sad and left after staying for about an hour.

According to the report, according to the Cam footage of the taxi involved, the suspect got on the taxi for more than ten seconds, and the driver was hit by a knife with blood. The two suspected no dispute. It is believed that the suspect committed the crime without premeditating or motive. The rule is random crimes, random people are found to attack.

According to the news, the police focused on investigating the suspect’s motive and mental state. According to CCTV footage, the suspect wanted to call a taxi after leaving the hotel on the night of the crime. However, the staff said it was difficult to call the taxi late at night and the suspect walked on his own. He went to the street to intercept the taxi that the deceased was driving. The deceased was also approaching to hand over the guards at that time, but he was misfortune.

The deceased, Wei Jianxiong, was about to be handed over, but was unfortunate because of the suspected murderer.

The suspect Cai Nansheng committed crimes at will without a target.

(Provided by the police)

According to the CAM footage of the taxi involved, the suspect got into the car for about ten seconds before the driver was hit by the knife, covered his neck wound with his hand and rushed out of the car. The two suspected no disputes, and the suspect was not ruled out suddenly. The driver was not expected to be seriously injured in the attack.

Nearby Tianyan also photographed the suspect before getting into the car. He was looking around on the street. It is believed that the crime was committed without premeditated and motive, and there was no set goal. It was just a random crime, and the deceased picked the suspect into the car by mistake.

The Chief Superintendent of the Public Relations Division of the Police, Kwok Ka-quan, said in a telephone interview with the commercial channel program "A Sunny Day" this morning that the police received a report from the foreign woman Tracy the day before that the suspect was on Lamma Island. At that time, Tracy decided to delay the time.

The police also remind reporters to pay attention to safety, because suspects can become violent and violent in a short period of time.

He described that the suspect did not resist when he was arrested and did not have any weapons on his body. However, the police officers found a pocket knife while searching nearby. If the suspect suddenly became violent, he could obtain the pocket knife in a short time.

Guo Jiaquan pointed out that the police released a recent photo of the suspect immediately after the police plan was issued to help the public provide information.

In the future, if citizens encounter similar situations, they can also adopt the "dodge and demand" strategy, that is, find a safe route to evacuate (flash), or a place that can be covered (avoid), and then call 999 to notify the police (please). 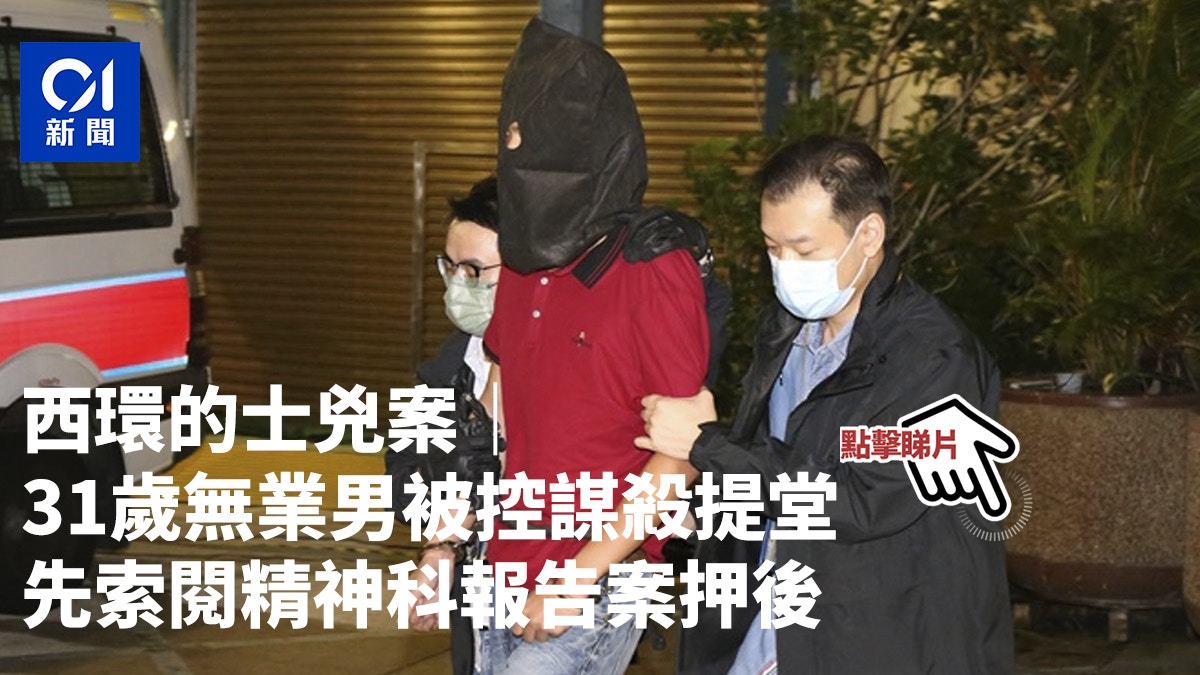 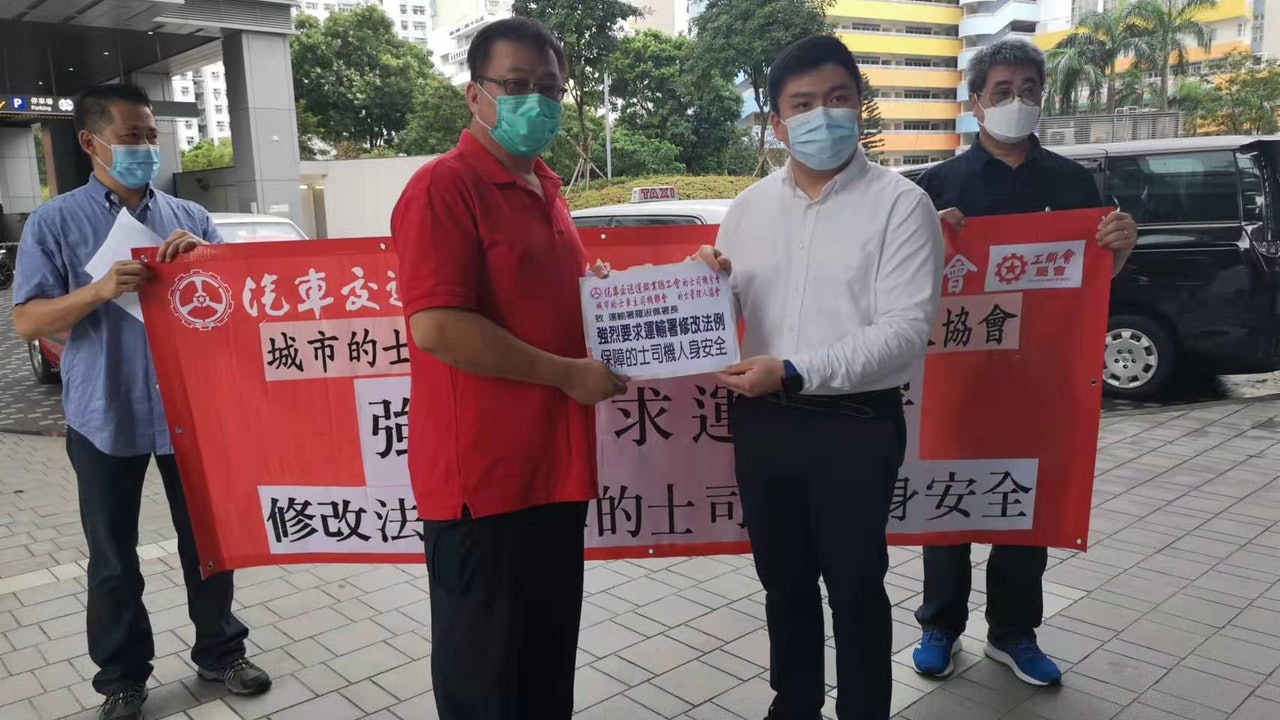 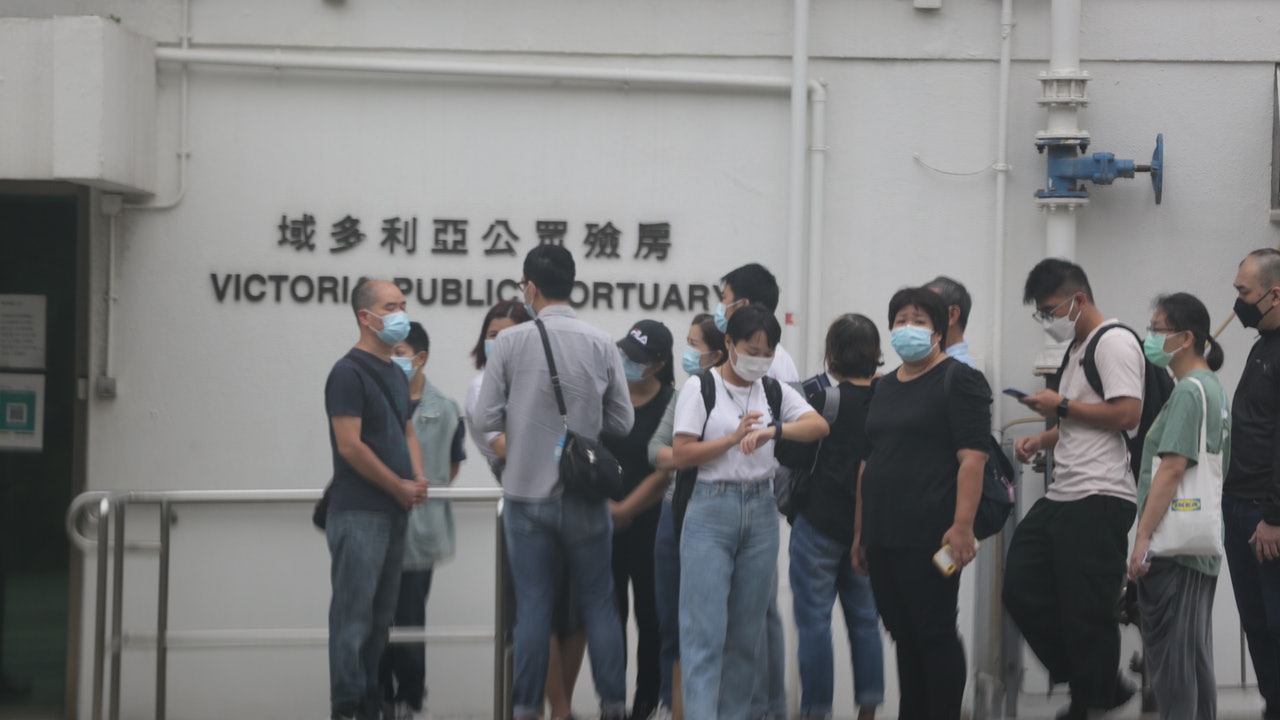 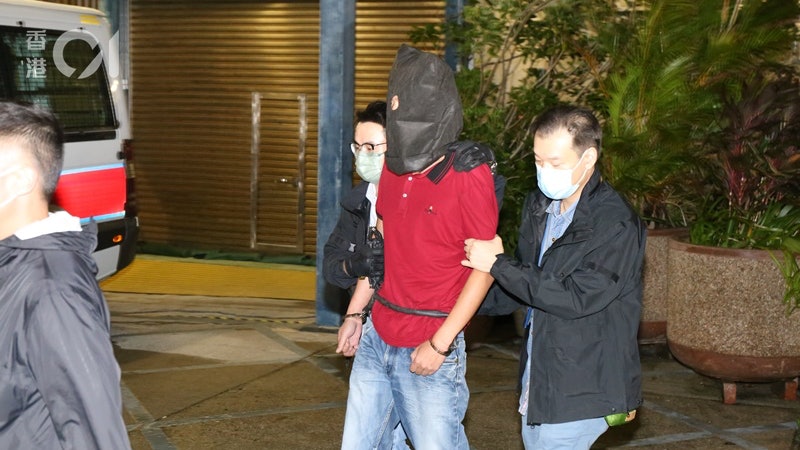 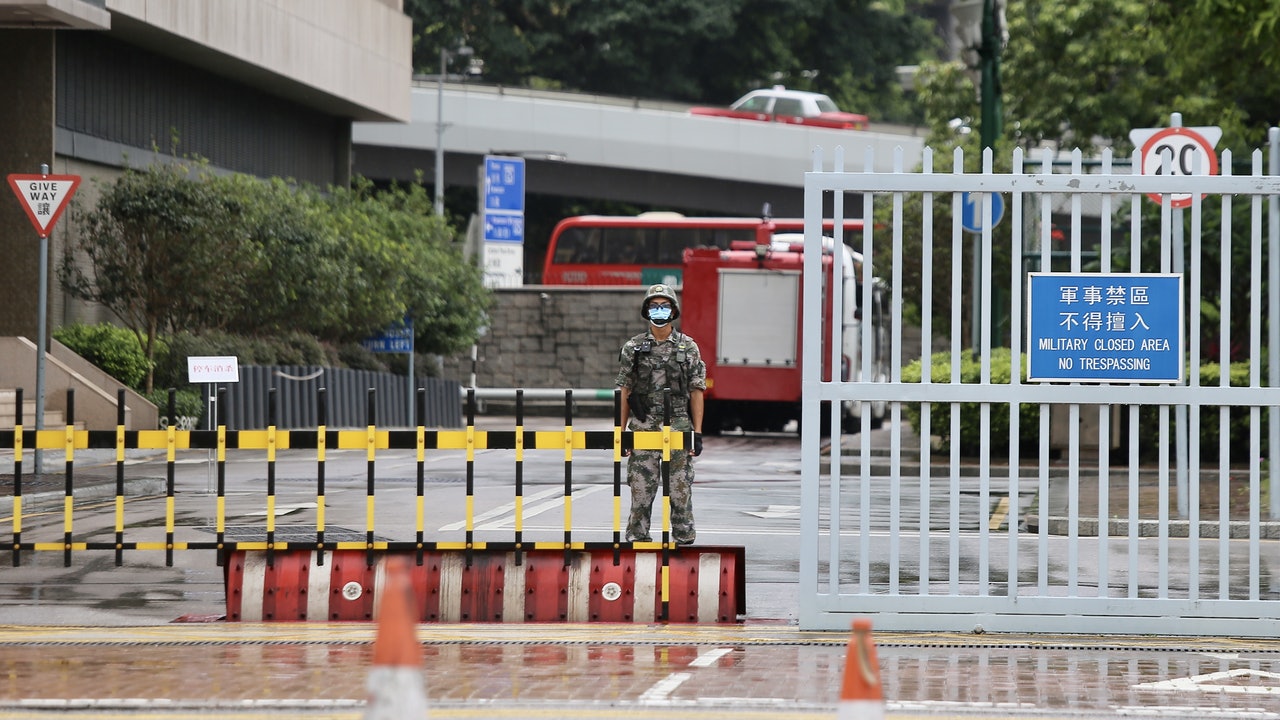 The taxi crashed into the Central People’s Liberation Army Barracks car brake, repaired, and the driver is still waiting for the spirit report 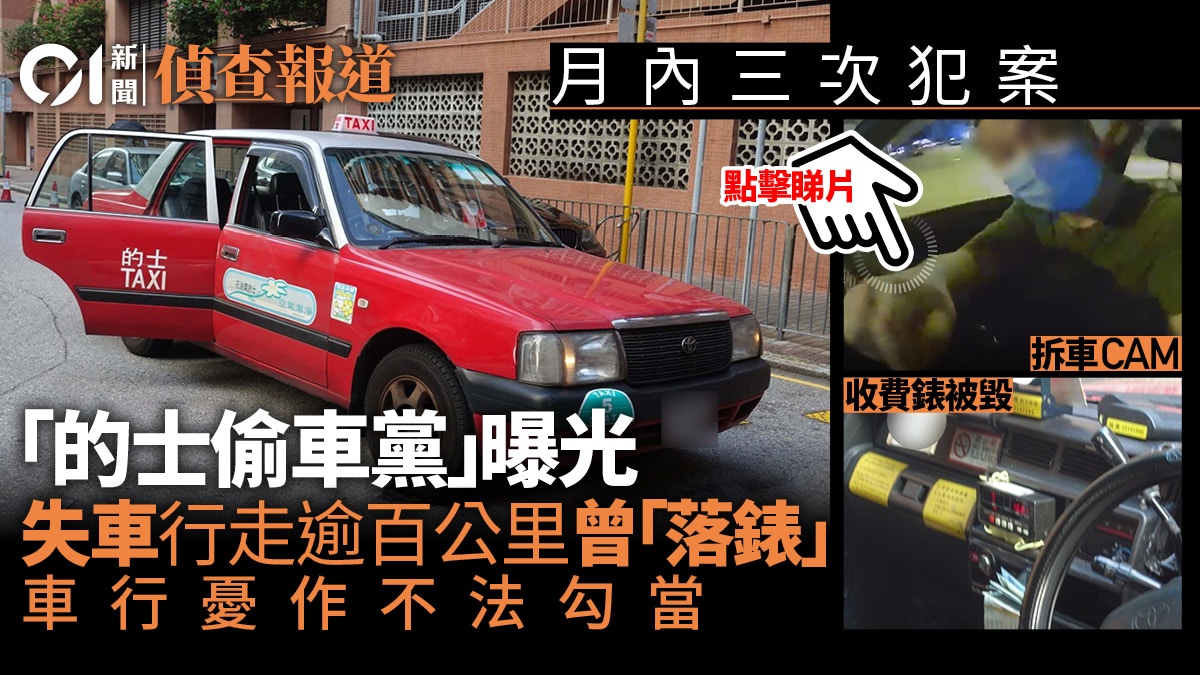 Directly hit the taxi car theft party lost the car and walked in multiple areas suspected of illegal activities. The dealership relied on the black box to find the car 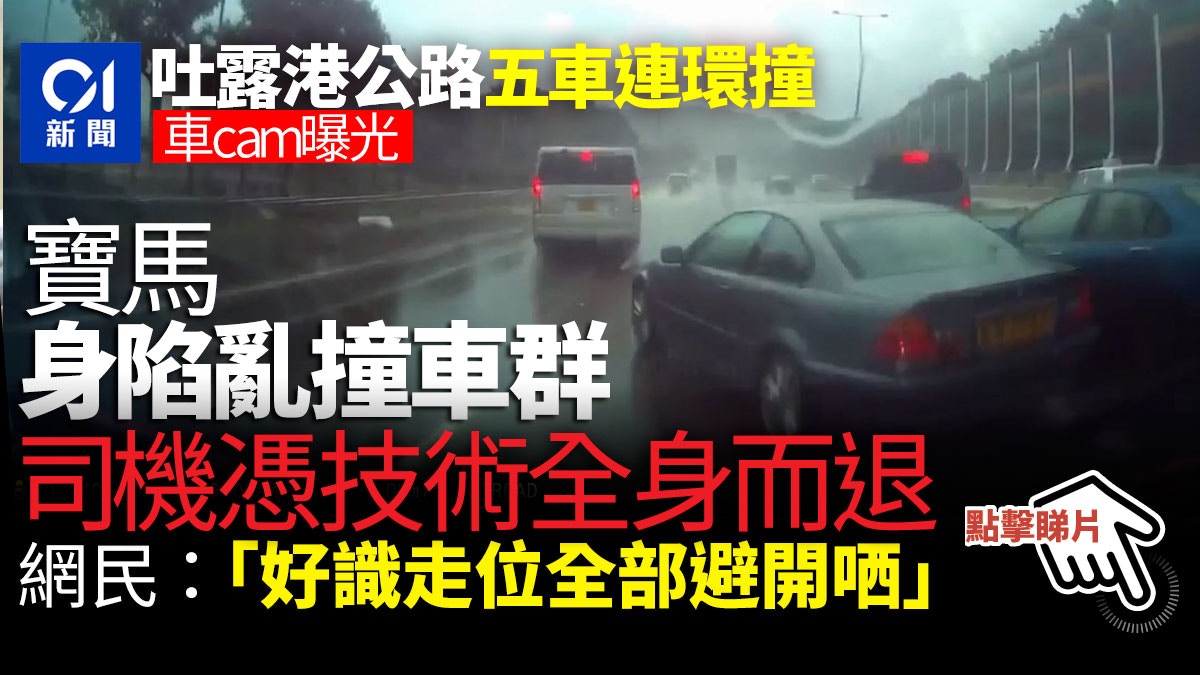