Under the Corsican sun, an ancient fortified village sheds light on the neighborhood quarrels of the Bronze Age

ARCHEOLOGY - Located in Sartène, the Torrean culture site ensured the protection of its territory. Its discovery revives the local legend of the loves of a monk and a nun. 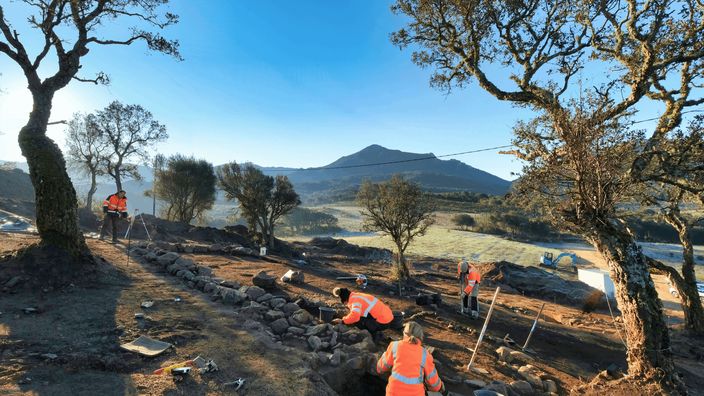 The site excavated by a team of French archaeologists in the south of Corsica, during the winter of 2019-2020, is hardly sheltered from the rays sometimes darted and sometimes dull from the sun.

On the other hand, it was well defended by an impressive deployment of successive fortifications.

Wooden fences, ditches, levees of earth and even up to a stone enclosure furnished with a machicolation once governed, access to the top of the hill of I Stantari di u Frati è a Sora, in the town of Sartène .

This defensive flood protected neither a palace nor a sacred site, but the most common of imaginable sites: a village.

Read alsoDiscovering the secrets of a "rare" wreck off Ajaccio

Scrutinized almost two years ago, the archaeological site was the subject of an initial assessment presented in early October by researchers from the Midi-Méditerranée section of Inrap. The report presents I Stantari di u Frati è a Sora (whose extended toponym distinguishes it from the other two I Stantari in the region), as a fortified village such as one finds then around the Mediterranean. Occupied from the Early Bronze Age to the Middle Bronze Age, from around 2000 to 1400 BC, the heart of the site consisted of several large wooden dwellings, some of which had a masonry base in dry stone. A typical establishment of the ancient Torrean culture, named after the civilization established in the south of Corsica, in the second half of the 2nd millennium BC.

“This is a very classic village for its time, if not perhaps that it was in an average high in terms of population,

opines the scientific manager of the excavation, Kewin Peche-Quilichini.

Among the more original aspects, we were able to observe, for example, the internal separation of the three rooms on the ground floor ”

According to the researcher, between 50 and 100 people must have occupied the ten or so dwellings enumerated on the site, whose productive activity boiled down to a subsistence economy.

The fortification and the territory

How then to explain the erection of a defensive system of this caliber around the village? The southern flank of I Stantari di u Frati è a Sora, particularly vulnerable, even benefited around 1500 BC. BC of a double stone enclosure.

At first, defensive experiences with very diverse ideas emerge in the region, notably with hollow systems and ditches. Then during the last phase of occupation of the site, which corresponds to a great phenomenon of standardization of architecture on the island, the inhabitants adopt the dry stone walls which then appear everywhere in Corsica.

Did this Torrean village conceal some incredible treasure to protect itself with such intelligence from the slightest foreign assault?

Undoubtedly not, tempers the person in charge of the excavation of the site.

Long before the Phoenician domination of the island, man - from one village to another - was still a wolf for man in the depths of Mediterranean protohistory.

"The most likely hypothesis is that of an inter-group competition, for the exploitation of the best territories and to collect the resources of others

We mainly fear our neighbor, not necessarily the closest, and competitors. ”

The megalithic site of U Frate è a Sora, near the Rizzanesi and the fortified village of the Bronze Age excavated by Inrap. Located at a crossing point of the river, these raised stones had the function of delimiting and marking a territory. Kewin Peche-Quilichini

Protecting their plump hill was the first concern of the inhabitants of I Stantari di u Frati è a Sora. However, its territory was not limited to the simple circumference of its relief but to clearer natural borders. The Rizzanesi river, for example, overlooked by the fortified village from its left bank. Its crystal-clear water glides moreover not far from a megalithic site made up of two raised stones from the Bronze Age. Designated under the name of U Frate è a Sora (“

The Brother and the Sister”

), the site marked in all likelihood the limit of the territory of the village excavated by Inrap. They were not erected by chance at this location, since it is very aptly the only known lookout in this sector of the Rizzanesi valley, itis to say a frequented crossing point.

Read also In Chartres, the miraculous discovery of a Gallo-Roman ceiling in carved wood

Now by one of these curious coincidences of history, local legend seems to have preserved the memory of the border nature of these two small Bronze Age megaliths, more than 3000 years after their erection.

In their flight, they would have crossed the river in the only place where it was possible to do so, at this lookout, where they would have been petrified by divine judgment. "

Strong reinterpretation of the story of Orpheus and Eurydice fleeing from Hell, this local myth still carries, in the hollow of its parable, the tenacious memory of the edge of the village of I Stantari di u Frati è a Sora.

And because the waters of history sometimes shine with their immutability, the Rizzanesi still defines the northern limit of the town of Sartène today.

Under the Corsican sun, an ancient fortified village sheds light on the neighborhood quarrels of the Bronze Age 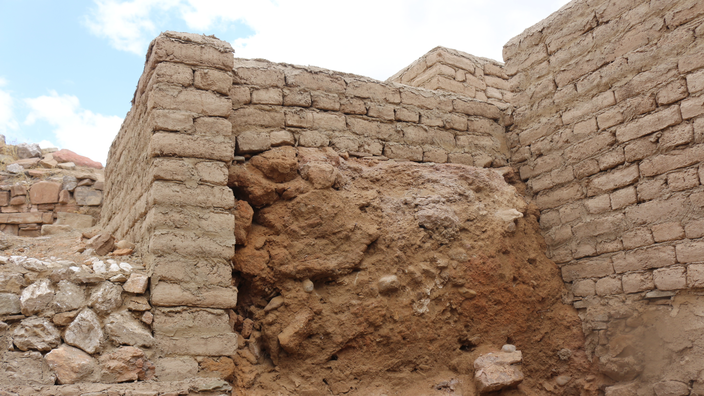 In Anatolia, French archaeologists at the bedside of the Hittite fortress of Porsuk 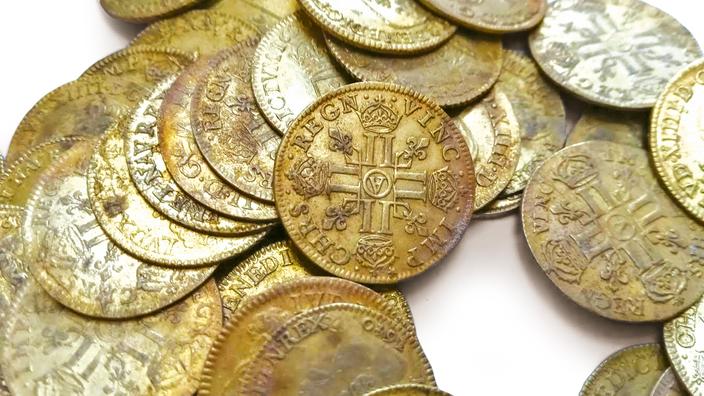 What will become of the fabulous treasure of crowns and Louis d'or discovered in a Breton mansion? 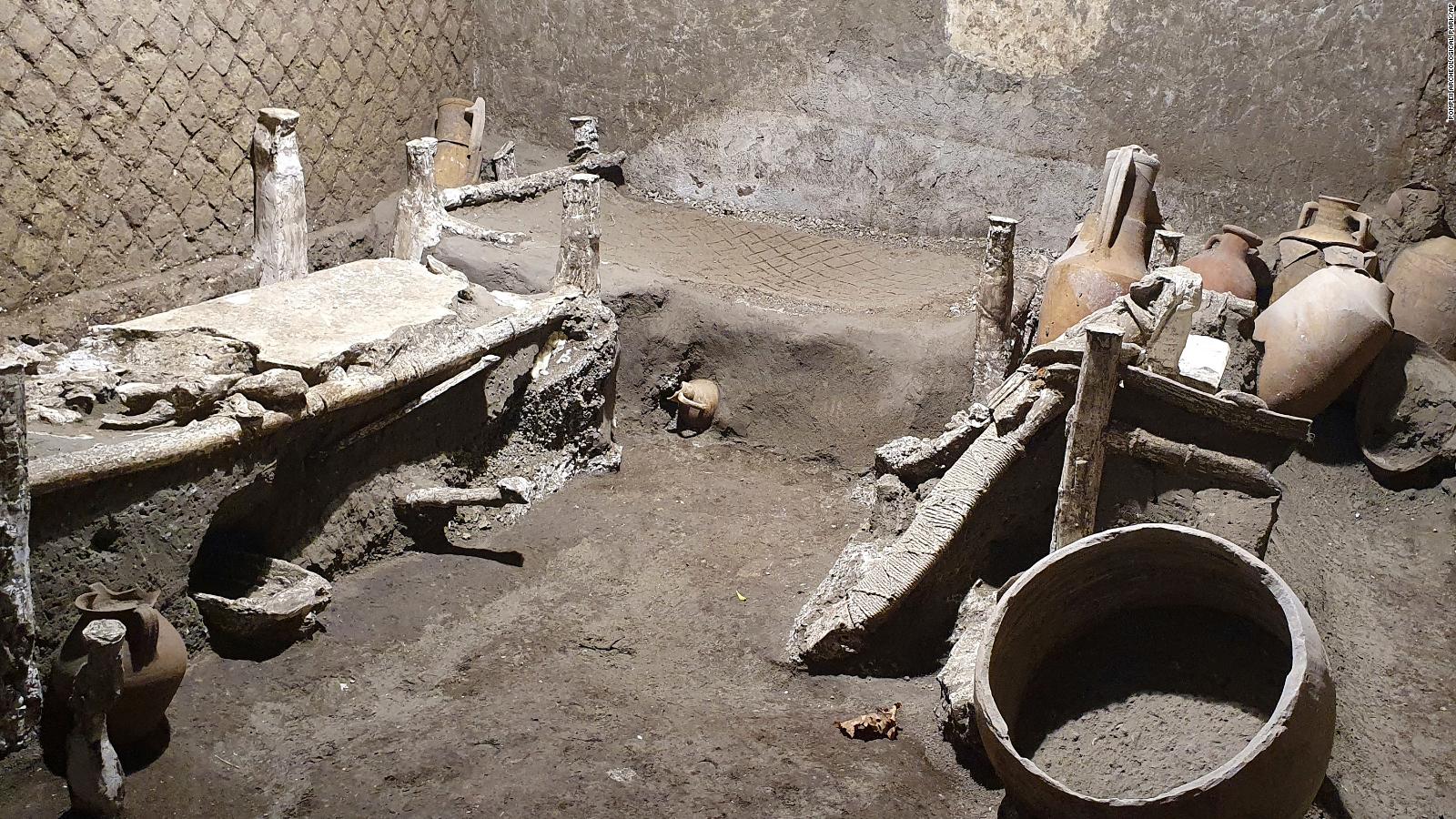 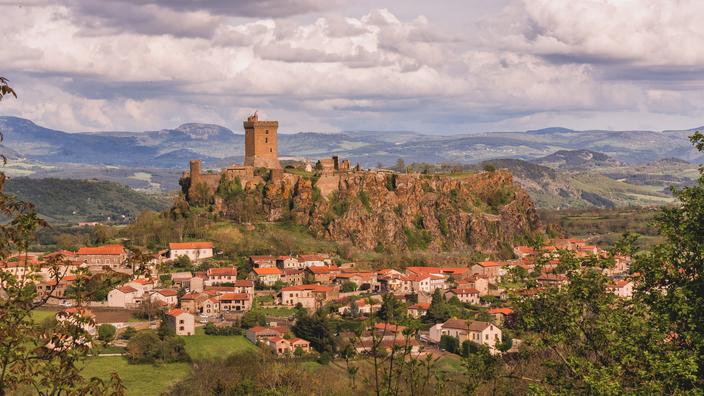 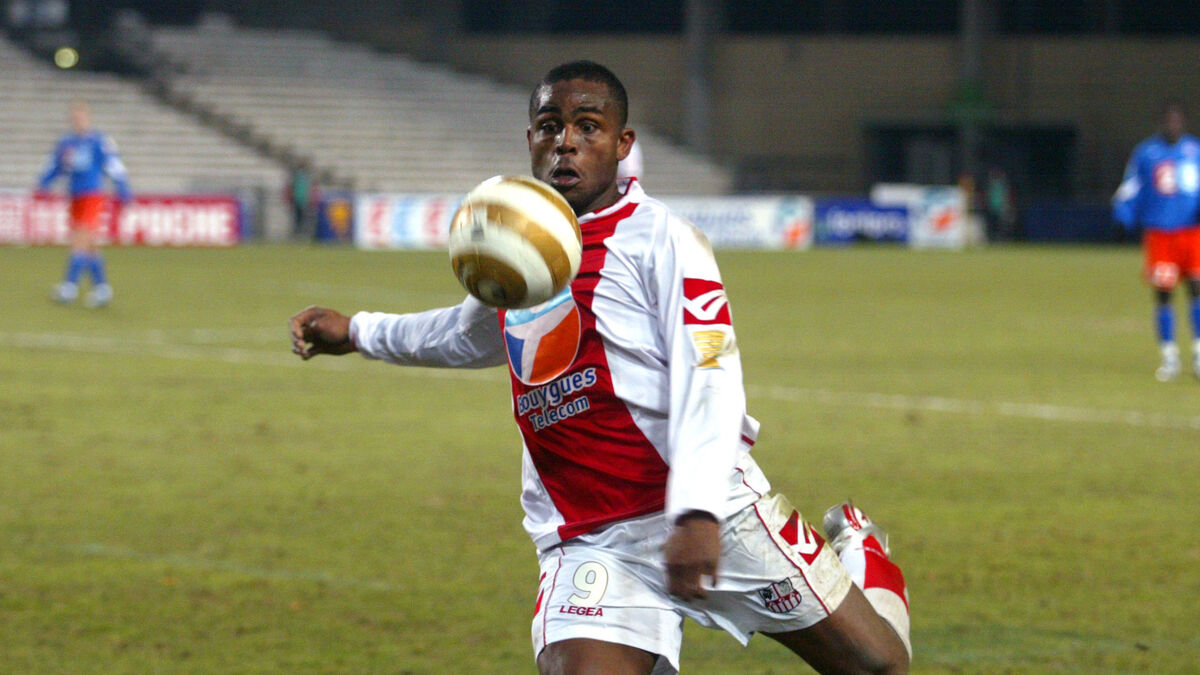