Calculation: Corona injuries are increasing and hospitals are full

Damascus, SANA- The Director of Readiness and Ambulance at the Ministry of Health, Dr. Tawfiq Hassaba, warned that the infections with the Corona virus The Director of Readiness and Ambulance at the Ministry of Health, Dr. Tawfiq Hassaba, warned that Corona virus infections are increasing and hospitals are becoming full, calling on citizens to adhere to precautionary measures and not neglect the vaccine.

And an account said in a telephone conversation with Al-Souria Al-Youm channel: “We are in a state of peak infections with the Corona virus, and the numbers are likely to rise,” explaining that there is “complete disregard on the part of citizens about preventive measures and neglect of the vaccine despite all the dangers, which increased the hospital occupancy rate until it reached the peak.” .

Hassa indicated that the occupancy rate in the hospitals of Damascus and its countryside and Lattakia reached 100 percent today, and it was in Aleppo and Sweida yesterday 100 percent, noting that most of the governorates are heading towards this percentage, except for Quneitra and Daraa, while the occupancy rate in Homs today has become 90 percent.

Hessaba stressed that the awareness of citizens is the first and most important step for the precautionary measures with the aim of breaking the cycle of infection, explaining that when announcing the increase in the number of injuries, it is assumed that there will be an increase in people’s desire for the vaccine and that they go to the places of vaccination, but there was no “concern” but rather On the contrary, “the number of people wanting to be vaccinated has decreased day after day.”

Dr. Hassaba confirmed that the government team concerned with measures to tackle the Corona virus will hold an emergency meeting this week to take appropriate decisions, given the seriousness of the situation.

Hassaba indicated that the medical staff, through tracking and monitoring, confirmed that whoever received the vaccine before the injury was very light, and said that the Ministry of Health, in coordination with the World Health Organization, is developing a plan to reach a vaccine for twenty percent of the population until the positive results of the vaccine begin to appear, as so far it has not exceeded The ratio is four percent.

Dr. Hassaba also confirmed that vaccines are free and available in various types in all centers, calling on citizens to go without hesitation to vaccination centers. After the increase in Corona injuries, Damascus Hospital returns to the state of alert

Calculation: Corona injuries are increasing and hospitals are full Help in an emergency: Germany accepts corona patients from neighboring countries - more are to follow Corona numbers for Bavaria: Vaccinated people are also infected - but development shows "pandemic of the unvaccinated" 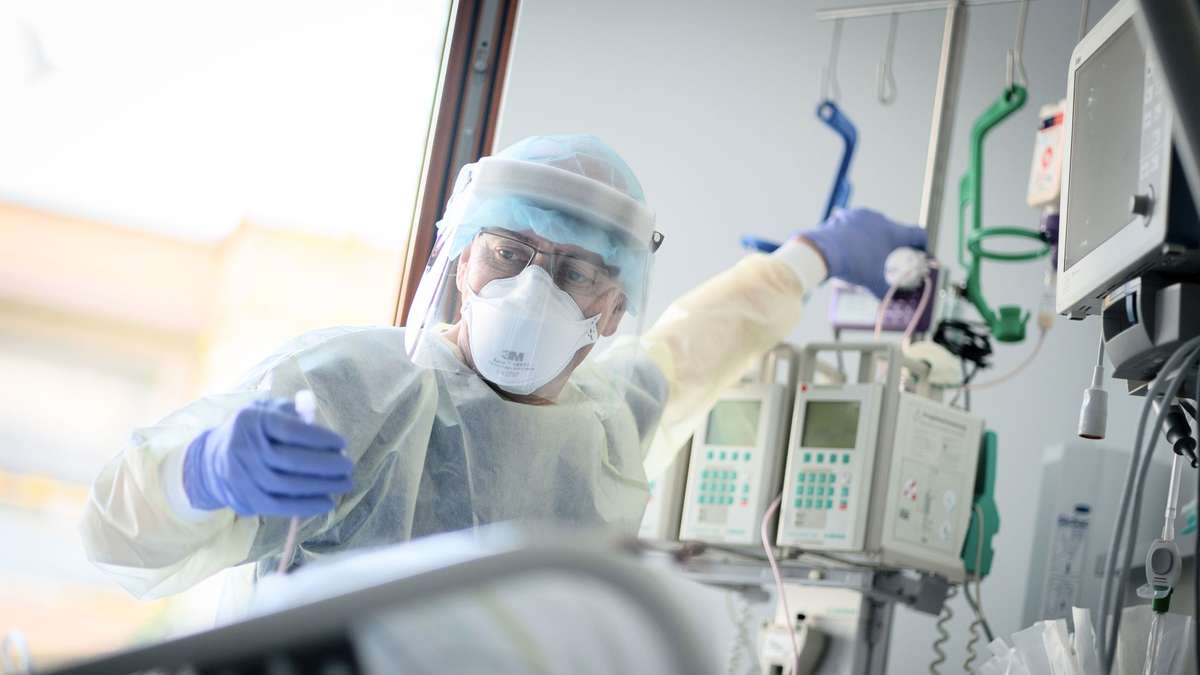 145 cases of corona virus in Al-Basel Hospital in Tartous