Secrets in the Munich Underground: About divers, express escalators and the door to nowhere

The Munich subway has been bringing people in the state capital to their destination for 50 years. We reveal curiosities and mysteries from the Munich underground. The Munich subway has been bringing people in the state capital to their destination for 50 years.

We reveal curiosities and mysteries from the Munich underground.

Munich - With the starting signal for the first underground train in the tunnel between Kieferngarten and Goetheplatz, 50 years ago, on October 19, 1971, a new era of local transport began in Munich.

Today the subway is the backbone of mobility in Munich.

In our series “50 Years of the U-Bahn” we dedicate ourselves to the people, events and visions that have made Munich stay mobile over the course of five decades.

Today you will read why the underground needs divers and what happens if you miss the last stop.

Secrets in the Munich underground: the subway diver

Sounds like a fake, but this job really does exist - and it's important.

The subway * diver ensures that the subway shafts stay dry.

Well over half of Munich's underground lines run in the groundwater.

So that the water does not run into the tunnels and neighboring cellars, it has to be routed under the structure in so-called culverts, thick pipes.

This is where the underground divers come into play.

They dive into the shafts filled with groundwater and check whether everything is in order or whether the culverts are blocked or damaged.

This inspection is due every five years.

With a total of 400 shafts, the divers work for four to six weeks a year.

Munich: Secrets of the subway - a quiet place behind the mirror

Have you ever wondered what a subway driver does when he has to?

It's simple: he goes to the toilet.

And it is located in many stations directly behind the mirrors at the end of the platform.

However, the MVG does not want to reveal behind which.

After all, the toilets are for staff only.

They are also cordoned off.

Whoever climbs there is in mortal danger!

Instead of the quiet place, behind some mirrors there is simply an operating room.

Secrets in the Munich underground: mushroom cultivation in the tunnel

Mushrooms in the subway station: What sounds like an urban myth actually happened.

As early as 1928 there were plans for a Munich subway network.

But they were thwarted by the global economic crisis and the Second World War.

According to the building department, the only pre-war subway structure is the station at Goetheplatz.

There is also a piece of tunnel in the direction of Sendlinger Tor.

From 1947, a Munich resident leased the approximately 4,000 square meter facility - to grow mushrooms there.

They thrived excellently in the warm, humid climate.

In the 60s, when today's subway was built here, the mushrooms were over.

An old sign in the Sendlinger Tor underground station puzzled historians in 2019.

The sign appeared when a wall paneling was removed as part of the renovation.

Directly at the entrance of the lines U1 / U2 it says “Warning, traffic - only use the tunnel on the catwalk!” The Fraktur font is reminiscent of the time of National Socialism.

The workers who dug tunnels for a light rail network on Hitler's behalf before the Second World War had not got that far.

MVG spokesman Johannes Boos explains: “The sign dates from the trial operation at the end of the 1970s.

Unfortunately, it is no longer possible to clarify why it was written in this distinctive font back then. "

Secrets in the Munich underground: Secret tunnel under the Oktoberfest

The only underground tunnel that a passenger never gets to see leads under the Theresienwiese.

It connects the stations Implerstraße (U3 / U6) and Schwanthalerhöhe (U4 / U5).

Under the Wiesn there is even a real train station including a platform, but only MVG employees are allowed to get on here.

In 1984 the first section of the U4 / U5 from Westendstrasse to Stachus was opened.

Because this section had no connection to the rest of the subway network, the connecting tunnel was built.

Since then, the MVG has been using the tube as a siding.

Replacement trains are also available there.

What hardly anyone knows: the first subway in Munich existed as early as 1910.

The Post-U-Bahn ran on a 450-meter-long route from the main train station * to the rail post office on Hopfenstrasse.

The postal underground service ran until 1988. The tunnel and the neighboring catacombs degenerated into a meeting point for drug dealers and addicts.

Today the tunnel is used to build the second main S-Bahn line.

"There is a water pipe system there for the construction of the new tunnel station at the main train station," said a spokeswoman for Deutsche Bahn.

Secrets in the Munich underground: A door to nowhere on Wettersteinplatz

A steel door behind the elevator leads inside.

It was repeatedly checked how the space could be used.

A parking garage was also under discussion.

But according to MVG, all considerations on security issues failed.

The cavity was created in 1986 for geographic reasons.

The platform at Wettersteinplatz had to be laid very low so that the gradient from Columbus Square would not be too great.

That would have been more expensive than the cavity construction with two ceilings.

Secrets in the Munich Underground: Faster to the Oktoberfest

6.3 million people visited the Oktoberfest in 2019.

So that all these many people can enjoy the fun faster, the escalators at the Theresienwiese go faster during the Oktoberfest.

During the Oktoberfest it was 0.68 meters.

The pressure chamber of the Ramersdorf fire station has saved the lives of more than 1000 people in the past 50 years - mainly amateur divers who surfaced too quickly and people who needed positive pressure oxygen therapy.

The system was purchased for the subway construction.

Some of the tunnels were built using compressed air construction: there was overpressure on the construction site, which was supposed to equalize the pressure of the groundwater.

After their shift, the workers gradually had to be adjusted to the normal air pressure again, otherwise there was a risk of life-threatening diving disease: nitrogen, which has dissolved in the blood at high pressure, pearls out when there is a sudden drop in pressure, like carbonic acid when opening the mineral water bottle.

In a decompression lock at the construction site, the air pressure was lowered so slowly that the excess gas could safely escape from the blood by breathing.

It would not have been possible to provide medical care for an injured person there.

That was what the pressure chamber was for.

In February 2021, the Ramersdorf fire station moved to a new location.

Since then there has also been a new pressure chamber.

Secrets in the Munich underground: waking up in the siding?

What happens if you fall asleep in the subway before closing time?

“Nobody can suddenly wake up alone on the siding,” assures Boos.

There are parking facilities both in the network (for example between the train stations Münchner Freiheit and Dietlindenstraße and between Westendstraße and Friedenheimer Straße) and at the end points of the lines.

Before a train pulls in here for the break in operation, the driver makes sure that all passengers have disembarked.

You can read more news from Munich * here.

Secrets in the Munich Underground: About divers, express escalators and the door to nowhere 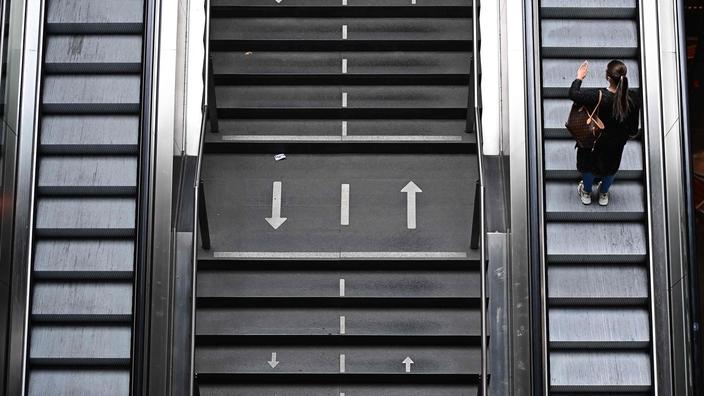 Londoners fall on the underground for fear of catching the Covid 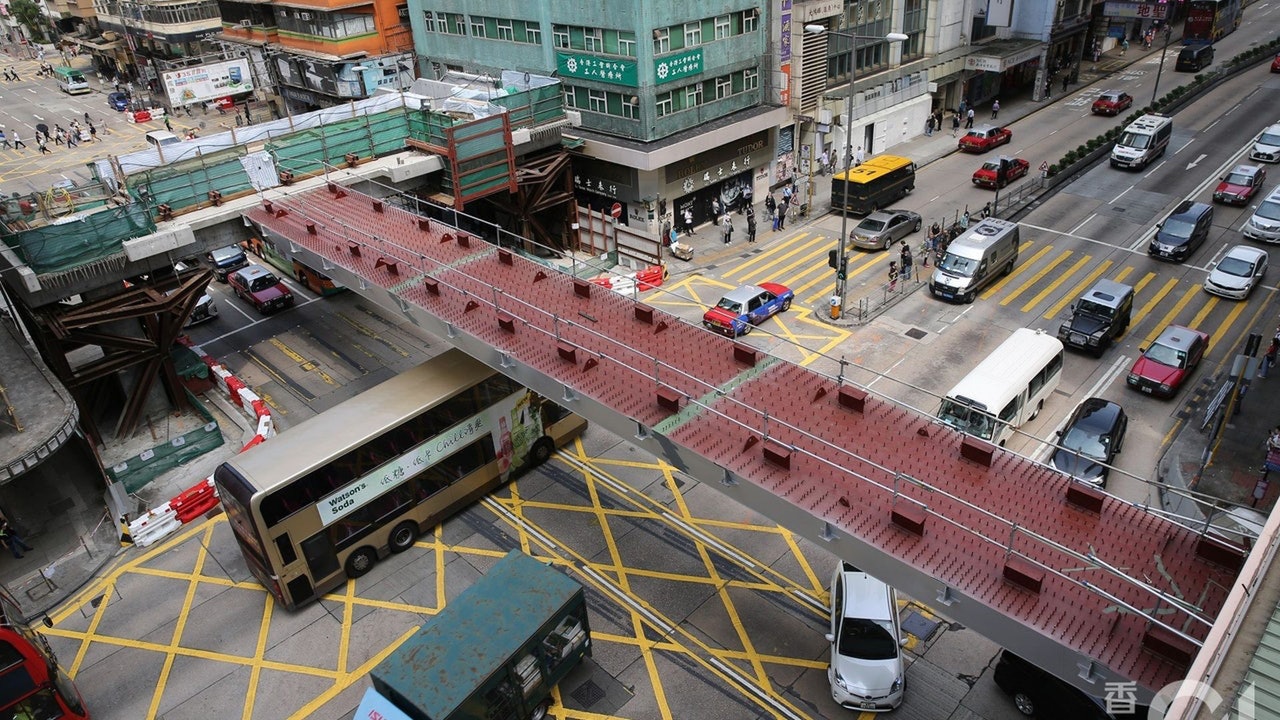 Emotion and the meta-look - Written by: Ahmed Dawa 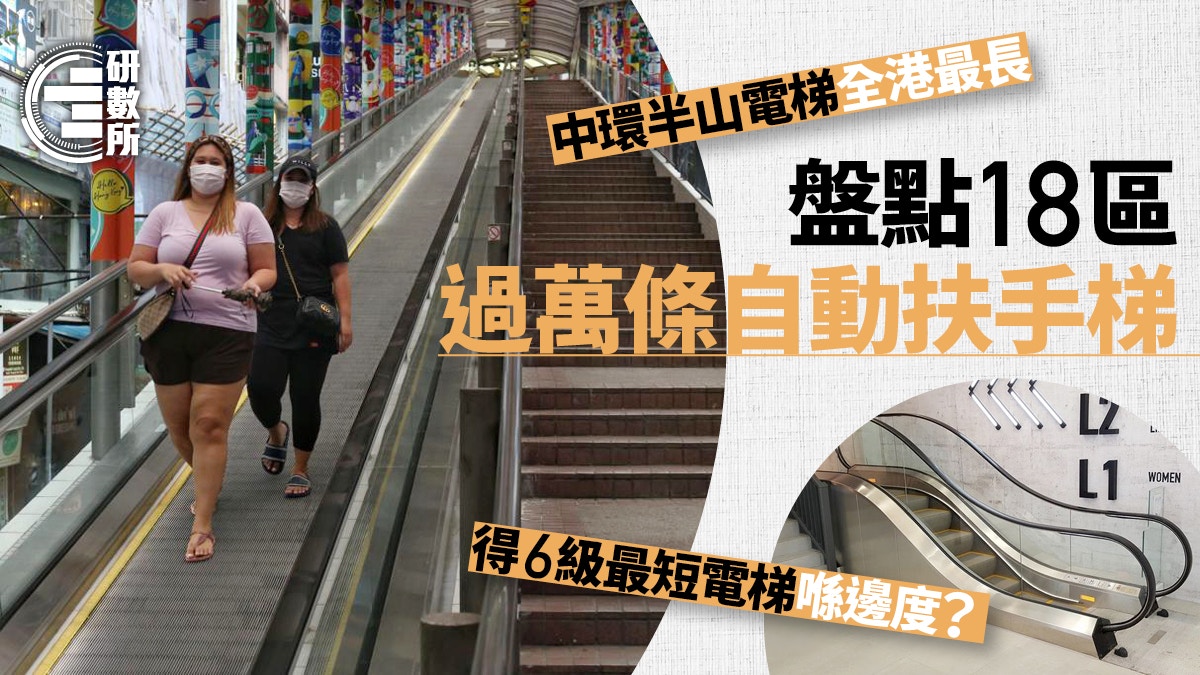 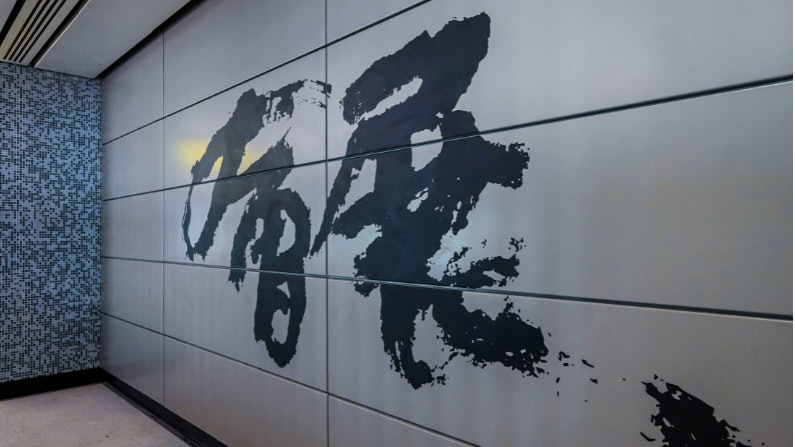 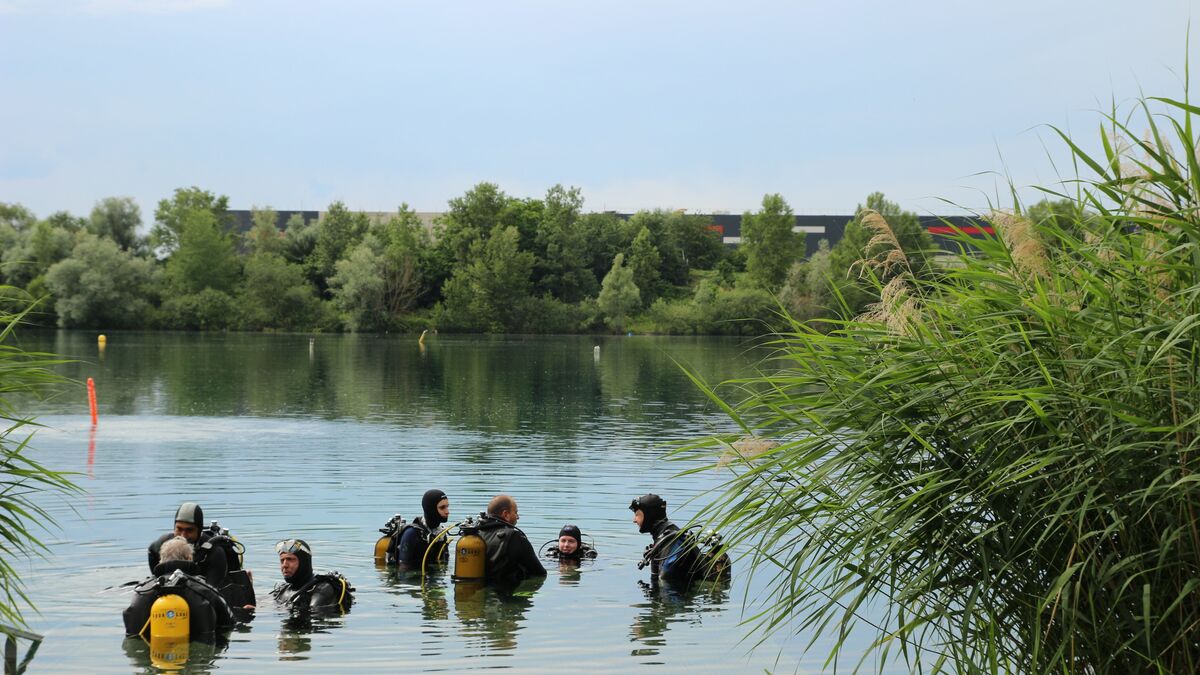 In Holtzheim, a former gravel pit transformed into a biodiversity reserve by the diving club

Combating false information and hate speech on the Internet: Li Jiachao: Without network security, there can be no national security
2021-12-02T08:07:09.010Z