Huge study on the corona vaccine in 18-12 year olds: 90% effectiveness in infection and 93% in preventing symptoms - Walla! news

The joint study by Clalit and Harvard examined more than 94,000 vaccinated teens compared to the same number of non-vaccinated with the same demographics and medical background. The study does not provide an accurate estimate for reduction in severe disease, due to the rarity in adolescents severely ill with the virus. "Important and well-founded information for undecided parents"

Huge study on corona vaccine in 18-12 year olds: 90% efficacy in infection and 93% in symptom prevention

The joint study by Clalit and Harvard examined more than 94,000 vaccinated teens compared to the same number of non-vaccinated with the same demographics and medical background.

The study does not provide an accurate estimate for reduction in severe disease, due to the rarity in adolescents severely ill with the virus.

In the video: Research on the corona vaccine in 18-12 year olds: 90% effectiveness in infection and 93% in preventing symptoms (Photo: Clalit Health Services)

A joint study by the Clalit Research Institute and Harvard University was published yesterday (Wednesday) in the leading medical journal New England Journal of Medicine, according to which the effectiveness of corona vaccines among 18-12 year olds is 90% in preventing infection and 93% in preventing disease with symptoms - also against Delta strain .

This is the broadest and most comprehensive study ever conducted on these age groups.

The study included vaccinators between June 8 and September 14, 2021, during the fourth wave.

The research method is similar to previous huge studies conducted by Clalit and published in the same journal.

The researchers reviewed data from 94,354 vaccinated adolescents aged 12 to 18, who were carefully matched to a control group of 94,354 unvaccinated adolescents - with identical data in terms of demographics, geography, clinical background and health behavior, associated with the risk of corona infection.

The study does not provide an accurate estimate of the effect of the vaccine on the intensity of reduction in cases of severe morbidity, as not enough information has yet been accumulated on this outcome in this age group, due to the relative rarity of severe disease in adolescents.

Ministry of Health: Parents caring for a child with corona until the age of 12 are exempt from isolation

Prof. Ran Blitzer, head of Clalit's innovation division: "With the outbreak of the fourth wave due to the Delta strain, the question arose whether the vaccine used in Israel also provides adequate protection against infection with this strain, as it protected against the alpha strain after the vaccination in January. This wave, evaluating the effectiveness of the vaccine in them can provide an answer to the question. "

"The results of the study show unequivocally that the vaccine is most effective in reducing Delta strain infection and preventing symptomatic disease one week after receiving two doses. And is based on parents who are undecided about vaccinating their adolescent children, "Blitzer concluded.

Pfizer will apply to the FDA for approval of an emergency vaccine against Corona for ages 11-5 (Photo: Reuven Castro)

In the background of the study, during November Pfizer is expected to submit to the FDA the request for an emergency vaccine against corona for children aged 11-5, after experiments conducted by the company found that the vaccine is effective and safe wave among this age group, as in other age groups.

On September 28, the company submitted to the regulators in the United States their experimental data from child vaccination in this age range.

Pfizer said on September 20 that the two doses of the vaccine, which is already approved for the general population over the age of 12, elicited a strong immune response in 2,268 trial participants aged 11-5 - the same as the one that occurred among 25-16 year olds.

Also, the level of safety from the vaccine was similar to that of the older age group.

Huge study on the corona vaccine in 18-12 year olds: 90% effectiveness in infection and 93% in preventing symptoms - Walla! news

Huge study on the booster dose against the corona: reduces serious illness by 92% and mortality by 81% - Walla! news 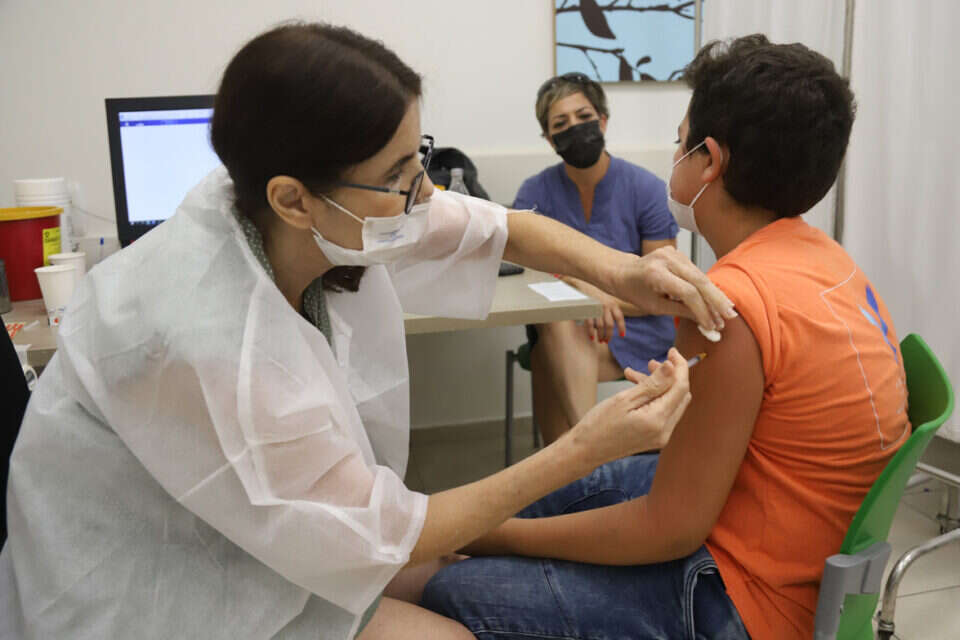 Israeli study: "Vaccine is effective in preventing infection and disease in adolescents by 90%" | Israel today

Ministry of Health: Decrease in the effectiveness of the vaccine in preventing infection and disease with symptoms to 64% - Walla! news

Five more cases of the new Delta strain have been discovered in Israel - Walla! news

Bennett: To speed up the completion of the deficiencies for the start of the vaccination campaign for children - Walla! news